Submitted Successfully!
Thank you for your contribution! You can also upload a video entry related to this topic through the link below:
https://encyclopedia.pub/user/video_add?id=15783
Check Note
2000/2000
Democratic Dialogue
Edit

Democratic Dialogue is a participatory development process that involves those concerned to find ways to meet shared challenges in agreement. In this entry, Democratic Dialogue is described as a classic Nordic workplace development method that is often carried out in Participatory Action Research (PAR) setting. The method is applicable also in other than workplace related societal and organisational issues.

In the Nordic context the concept of Democratic Dialogue is linked to a Swedish workplace development programme LOM (Ledning, organisation och medbestämmande; Leadership, organisation and co-determination) [1]. The underlying theoretical ideas are linked to the changes of how workplace (industrial) democracy is understood and to the role of communication in work organisations. When workplace democracy is defined in terms of how organisational patterns are created, instead of terms of those patterns as such, workplace democracy is seen equivalent to generative capacity. This starting point is derived from theories of communication that take communication as the constitutive force in social life: the quality of all human thought and action ultimately depends on the patterns of communication between actors. While meanings are created and organisations are built in communication processes, power relations are also maintained and reproduced by communication that either supports or rejects different organisational experiences. From this point of view, it seems reasonable and practical to change the patterns of communication and to bring forward diverse experiences about work in the pursuit of a desirable change. When this is combined with the basic principle of democracy – seeing all participants as having equal rights – the best, or most rational solutions are likely to appear in open discussions among those concerned. [2] Building on these premises, the concept of Democratic Dialogue was chosen as a key concept in the theory of communication used in LOM-programme [1].

2. Applications and the Role of the Criteria of Democratic Dialogue

Since Democratic Dialogue is all about making changes via communication and in a democratic way, there is a need for communication forums that acknowledge work experience as a resource for participation. Dialogue conferences, special meetings of those concerned, have been used for the explicit purpose of training the participants in democratic procedures while discussing what visions they would like to pursue and how to do it [3]. Although the essence of Democratic Dialogue in practice can be seen as an emergent matter, evolving during development efforts and along learning processes of the participants, the concept has been operationalised  [1], giving rise to practical applications in human encounters, for example in multiactor sessions, see Figure 1. 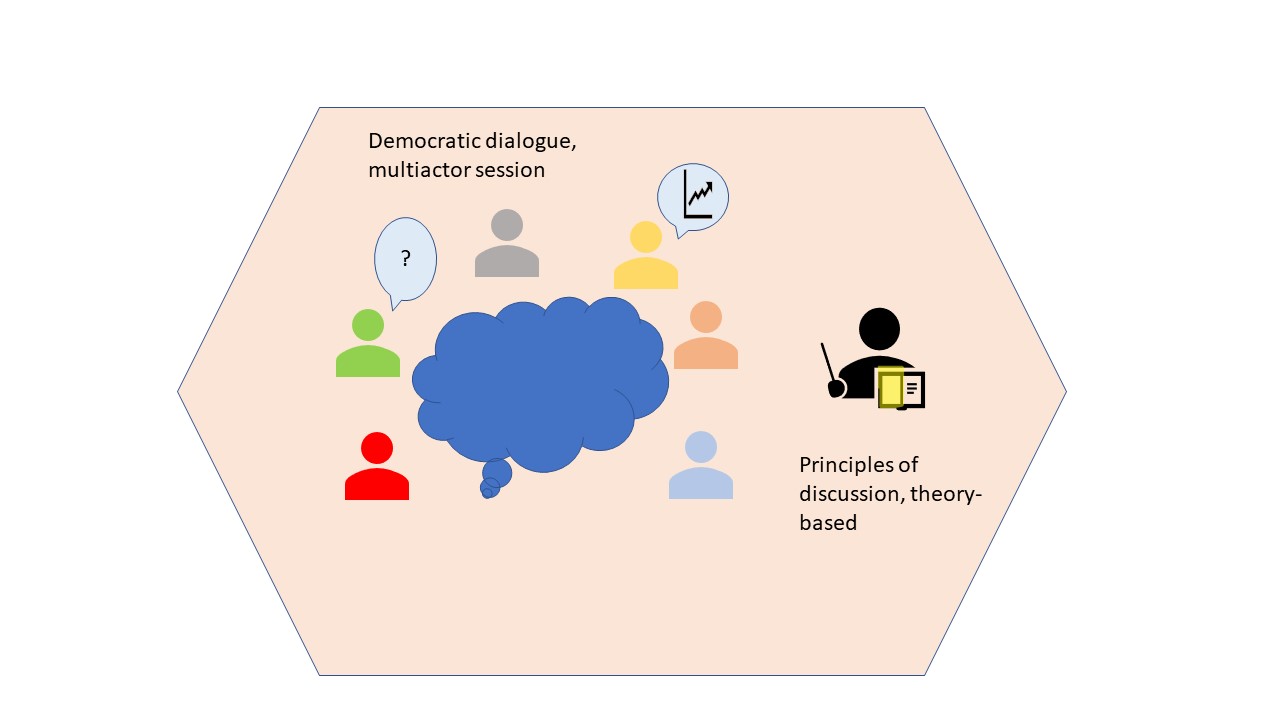 Figure 1. An illustration of getting familiar with the concept of Democratic Dialogue in practice.

The operationalisation of the concept of Democratic Dialogue can be taken as a set of criteria, principles or orientational directives [1] [3]. Below, one of the English-language versions of the criteria of democratic dialogue is presented [3] (pp. 18-19, the numbering of the criteria is by the authors):

"1. Dialogue is based on the principle of give and take, not one-way communication.

2. All concerned by the issue under discussion should have the opportunity to participate.

3. Participants are under an obligation to help the other participants be active in the dialogue.

4. All participants have the same status in the dialogue arenas.

5. Work experience is the point of departure for participation.

6. Some of the experience the participant has when entering the dialogue must be seen as relevant.

7. It must be possible for all participants to gain an understanding of the topics under discussion.

8. An argument can be rejected only after an investigation (and not, for instance, on the grounds that it emanates from a source with limited legitimacy).

9. All arguments that are to enter the dialogue must be presented by the actors present.

11. Among the issues that can be made subject to discussion are the ordinary work roles of the participants—no one is exempt from such discussion.

12. The dialogue should be able to integrate a growing degree of disagreement.

13. The dialogue should continuously generate decisions that provide a platform for joint action.”

In Finnish workplace development applications Democratic Dialogue was often adopted as a set of rules to be followed on dialogue forums and once learned, transferred to other planning groups as a regular way of working. Dialogue conferences, called as work conferences, were modelled as an interplay between small groups and plenaries that were conducted according to a design deduced from the criteria of Democratic Dialogue. The role of the facilitators, for example action researchers, was limited to introducing the rules and the overall conduct of the conferences. All the topics and the contents of the dialogues were brought forward by the participants, based on the criteria 5 and 9. The Swedish LOM-Progamme was applied in a network form encouraging participating organisations to learn from each other [1]. The network form has been utilized also in Finnish applications [4], but Democratic Dialogue has been found useful also within single organisations. Both in the Finnish and LOM models the problems and flaws are put aside as the starting point is the desirable future within a time span of five years, see Figure 2.

Figure 2. The progression of the dialogue (work) conference.

When dialogue/work conferences are organised as parts of development projects with an agreed time span, there will be the final conference. After that it is up to the participants how to go on. The aim is to adopt Democratic Dialogue as a mainstream way of communication in all staff-management and service provider-client -meetings, not only in special encounters.

3. Mechanisms and Outcomes of Democratic Dialogue

The initial starting point for communicative theory in the use of workplace development – applying workplace democracy means applying generative capacity  [2],[1]  – may be evaluated by identifying the mechanisms and outcomes of Democratic Dialogue. Dalkin et al. (2015) [5] advice to ask whether DD produces new resources, reasoning and choices for the participants and if yes, through what mechanisms. The mechanisms must be linked to the changes in the organisational patterns of communication culminated in the design of work conferences and of the criteria of Democratic Dialogue. In other words, what is changed when Democratic Dialogue is adopted as a method of finding solutions to organisational issues? [4]

Offering Dialogue Forums to Work Organisations as a Whole

The democratic dialogue approach is a concrete application of creating communicative spaces for societal and organisational challenges. It involves the establishment of a new type of communication forum that hierarchical organisations do not usually have. It represents an innovative resource that is able to respond to the needs to plan the work together, establish ground rules, and redistribute responsibility, aiming both to secure the smooth running of the daily activities and to respond to current change demands.

Offering Learning Space and Learning from Others by Following especially Criteria 1, 7, and 10

Understanding the concept of dialogue is vital. In Criterion 1, dialogue is explained as the process of giving and taking instead of one-way communication, and in Criterion 7, the aim to learn is fully explicit. Participants frequently seem to find at least a few common elements in the other participants’ experiences, but they may also uncover totally new perspectives, and these contribute to the process of mutual learning. Criterion 10 counsels the participants to accept the potentially better arguments of others, and thus widen their scope of learning.

The inherent values emphasising the work experience of every participant in the main body of the criteria are significant to the grass-roots-level employees. When they see the dialogue forums enabling (or sometimes obliging) them to express their perspectives and to take a stand to do this, they may find their resources to be active change agents and thus enhancing their agency in work organisations.

In addition to the potential to increase agency, Criterion 2 encourages the participants to express and combine their individual interests into a future vision in homogenous groups (Figure 2). The dialogues in homogenous groups are highly significant for the whole process, since the visions created by these groups form the basis of the following dialogues. As professional or occupational boundaries and identities are often seen as constraints to genuine client orientations in the rank order of occupations, the members of these groups use the resources offered by democratic dialogue to express their views.

In a work conference, after hearing about the obstacles of visions and available means to carry them out, and alongside learning, the dialogue should be able to integrate the various perspectives to create a joint action plan. The crucial phase — turning words into action – comes after the conferences. If planned action does not take place, the participants will usually be frustrated and lose their potential commitment to further dialogues.

Summary of the Outcomes Produced by Mechanisms

Participants have found new resources and new ways to reason, and they have made new choices to carry out the plans created in the dialogue forums. In addition, they have been in positions to ensure the practical actions. No practical outcomes would be possible without the participants, since the action researchers are not in a position to accomplish such changes.

In established organisations, forms of participatory and high-involvement management often include elements of Democratic Dialogue, when the type of management practiced encourages to adopt dialogue as a mainstream way of communication in all staff-management and service provider-client -meetings, not only in special encounters. Also, many development co-operation projects and projects emerging from grass-root level communities have found it meaningful to hear all concerned in the spirit of Democratic Dialogue [6].