Magnetic graphene oxide based nanocomposites (MGO) possess unique physicochemical properties including excellent magnetic characteristics, high specific surface area, surface active sites, high chemical stability, tunable shape and size, and the ease with which they can be modified or functionalized. As results of their multi-functional properties, affordability, and magnetic separation capability, MGO's have been widely used in the removal of heavy metals, radionuclides and organic dyes from the aqueous environment, and are currently attracting much attention.

The numerous merits of graphene oxide including high specific surface area, and thermal conductivity, high optical transmittance, and large Young’s modulus have led to researchers paying great attention to it [1]. However, due to its imperishable hydrophilicity, GO found to be an efficient adsorbent and hence found many applications, including water purification [2]. Sreeprasad et al. [3] and Maaz et al. [4] have reported that nickel ferrite-GO composite is a better reaction media than iron ferrites, because of having higher catalytic and electron transfer efficiency through the Ni2+ in the nickel ferrite. Moreover, previous reports have proved the amazing removal response of magnetic nanoparticles/graphene or GO composites for pollutants like chromium [5, 6], copper [7], arsenic [8], cadmium [9], lead [10], and cobalt and an organic dye. Recently, Ligamdinne et al. reported (Fig. 1) the removal of Co(II), Pb(II), Cr(III), As(III) and As(V), and radionuclides, U(VI) and Th(IV) from water, using the synthesis of “inverse spinel nickel ferrite incorporated-graphene oxide” based nanocomposites [11,12]. The reported results demonstrated that the magnetic GO-based nanocomposites are promising, economic, could be separated by the external magnetic field. 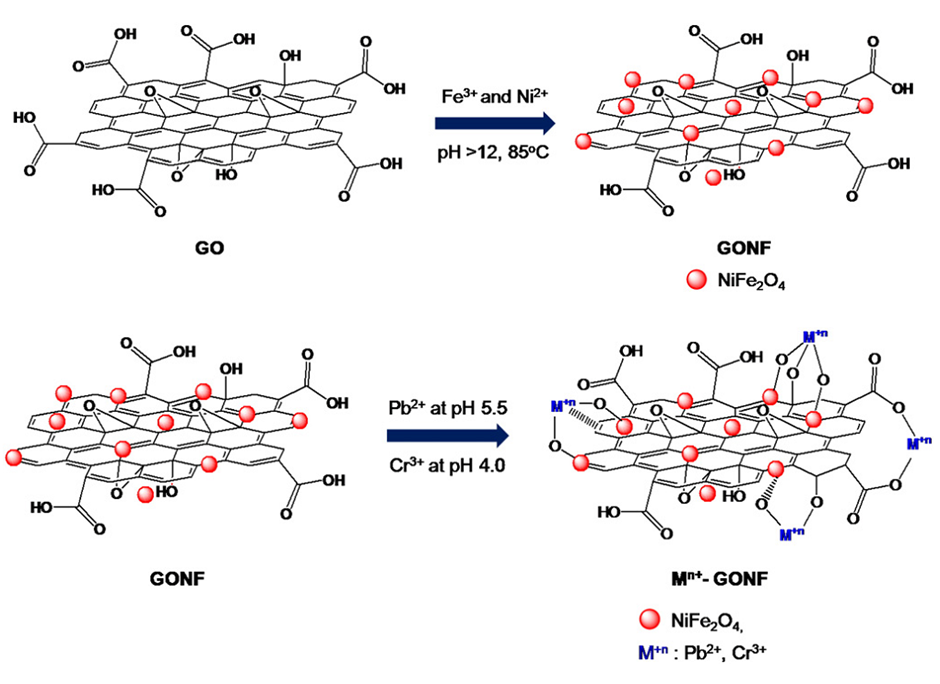 Fig. 1 Graphical representation of a nano-magnetic GONF composite preparation, b Pb(II) and Cr(III) adsorption onto GONF [13]

Often magnetic-graphene oxide-based (MGO) nanocomposites have been synthesized by the hydrothermal or solvothermal method. Generally, the ultra-sonochemical method is used to prevent re-aggregation, and improve the dispersion and reduction of the size of material [11-14]. It was used mostly before or after the synthesis of MGO's by the hydrothermal method. Szabo et al. [15] successfully prepared MGOs by sonication of a mixture of magnetic nanoparticles and GO solution. Later, microwave synthesis has become of great significance in the preparation of inorganic nanomaterials. In the synthesis of inorganic nanomaterials, compared to conventional heating technique, the microwave synthesis technique consumes less energy, environmentally friendly, and provides a homogeneous heating process for the speedy reaction [14, 16, 17].

3. Structural characterization and properties of MGO

The formation and structural functionalities of the prepared MGOs can be characterized using spectroscopic techniques that include XRD, XPS and FT-IR, and Raman Spectroscopy. Raman Spectra is an important technique to qualitatively identify the MGO's. As is known, the graphitic materials show two prominent Raman peaks around (1,350 and 1,600) cm-1 called the D and G bands. Here, the G band corresponds to the stretching vibrations of carbons at sp2 hybridization, whereas the D band represents the vibrations of carbons at sp3 hybridization, which can break the symmetry and selection rule [18, 19]. By the magnetization of GO, these D and G bonds alter their positions, based on their principal interactions. But, in the case of nickel ferrite-rGO (rGONF), both the sp2 domain (D) and sp3 domain (G) carbons are shifted to lower range at (~1303 and ~1591) cm-1, which indicates that both D and G band carbons are involved in the formation of reduced GO-based magnetic nanocomposite. The XPS is used to qualitative and quantitative identify the chemical composition of MGOs. The bonding energy peaks of (700–730) eV indicate the Fe peaks of magnetic materials [11, 12].

The microscopic techniques, including SEM, TEM, and AFM, are used to measure the size of nanocomposites, MGOs, and their surface morphology, which is an important factor to know for the adsorption process [11, 12]. Their porous structure and surface area can be further evaluated by using (N2) adsorption-desorption isotherms through BET analysis. The magnetic nature of MGO's is identified using the magnetic measurement system (MPMS). When the size of MGO's decreases to the nanoscale, it shows superparamagnetic nature. Lingamdinne et al. [19] confirmed the superparamagnetic property of magnetic nanocomposite by MT curves obtained at 1,000 Oe magnetic field. They also observed the increase of superparamagnetic property by the reduction of nanocomposite [20, 21].

4. Applications of MGO for inorganic pollutants removal from water purification

Due to the magnetic and chemical stability along with high surface porous structure and of them, magnetic inverse spinel ferrites and its derivatives are widely used for water purification [22, 23]. However, the nano metal ferrites show poor stability [4]. To overcome these difficulties, the hybrid materials synthesized through magnetic ferrites and GO by hydrothermal method. Recently, some of the researchers are used the functionalized magnetic-carbon composites [24] and magnetic organic composites [25, 26] for recovery and separation of precious metals. Due to the presence of hydroxyl, carboxylic and epoxy functions at GO, it can enhance the adsorption of heavy metals [27]. Moreover, the prepared magnetic graphene oxide composites showed good properties for water treatment [11, 12, 23, 28]. Recently, Lingamdinne et al. has been employed porous inverse spinel composite (MGO) and porous inverse magnetic-reduced GO (rMGO) nanocomposites using nickel ferrite and GO and applied for removal of As(III) and As(V) [29], Pb(II) and Cr(III) [30, 31]. They have been reported the as-prepared nanocomposites are shows considerably enhanced adsorption capacity for Pb(II), Cr(III), As(III), and As(V) compared to that of GO. They also conclude that the adsorption of reduced magnetic graphene oxide nanocomposite shows higher adsorption capacity than that of non-reduced magnetic graphene oxide nanocomposite for all metal ions. Summarized some of MGO’s used for heavy metal removal from water in Table1.

Table 1: Some of MGO’s used for removal of heavy metals.

Table 2: Some of MGO nanocomposites used for removal of U(VI) and Th(IV)[58] 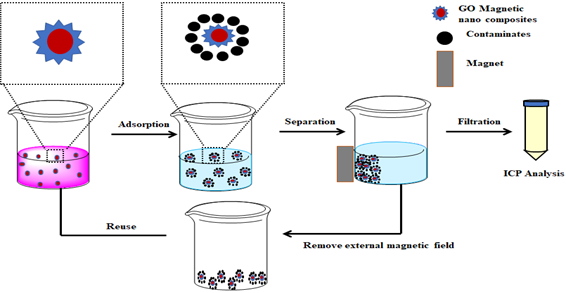 Fig. 2 Schematic representation of MGO’s nanocomposites for adsorption and reusability [12].