Stereoselective synthesis of cis and trans β-lactams under diverse conditions is performed.  Numerous conditions are used for this study. The formation of β-lactam depends on the conditions of the experiments, structures of the imines and acid chlorides, order of addition of the reagents, reaction temperature, and solvents. A few mathematical graphs are plotted to explain the results.

Depending on the reactants and reaction conditions the stereochemistry of β-lactams may alter.  Both the stereoisomers are important for medicinal applications. Thus, controlling diastereoselectivity (cis or trans) of the β-lactams is important. Stereoselective synthesis of diverse β-lactams following a variety of conditions through cycloaddition reaction of imines and acid chlorides is described. The results are also explained by plotting the ratios of the two isomeric β-lactams formed with respect to the time of the reaction.

The Staudinger reaction mainly required an imine, a tertiary base, and an acid chloride. The reaction of an acid chloride or equivalent with an imine in the presence of a tertiary produced cis and trans isomers of β-lactams. In this study, ten different reaction conditions including microwave-induced organic reaction enhancement (MORE) chemistry techniques and traditional synthesis/one-pot synthesis was adopted. A domestic microwave oven was used for irradiation and a large Erlenmeyer flask was used as the reaction vessel.

Microwave irradiation of a solution of imine with an acid chloride in chlorobenzene [17] produced a mixture of cis and trans β-lactams. N-methylmorpholine (NMM) was used as a base for this reaction instead of trimethylamine (TEA). Non-polar solvent, benzene was chosen as the reaction medium and reaction temperature was kept in between 45°C-50°C. It was observed that the reaction is not completed after 4 min and it produced a mixture of cis (70%) and trans (30%) β-lactams. The ratios of the cis and trans-isomers were determined from the coupling constants of the C3 and C4 protons of the β-lactam rings.

To identify the effect of the polarity of the solvent on stereoselectivity, chlorobenzene was used. Chlorobenzene being a polar solvent absorbs microwave energy efficiently. NMM was chosen as a base and reaction temperature was between 95°C-100°C. The reaction was completed within 5 min and it produced a mixture of cis (5-10%) and trans (90-95%). Thus this reaction condition was suitable for the preparation of trans β-lactams.

In another experiment, the oil bath was used, but the temperature was gradually increased from room temperature to 900C. Chlorobenzene was chosen as the solvent and NMM was the base. The same reaction of the imine with acid chloride was performed and it was completed within 15 min. It produced a mixture of cis (50%) and trans (50%) β-lactams.

Another variation of this reaction was conducted using a one-pot method. In this experiment, benzaldehyde and p-anisidine were reacted in the presence of clay. NMM, AcOCH2COCl, and chlorobenzene were added to it. Irradiating the reaction mixture in a microwave for 2 min, the trans isomer of β-lactam was formed.  The reaction produced only the cis isomer in the absence of microwave irradiation at room temperature.

Table 1: Ratios of the cis and trans lactams under diverse conditions. 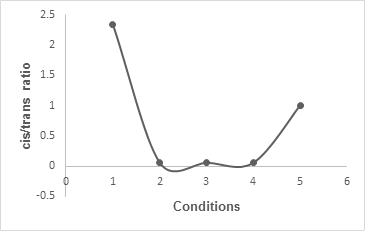 Figure 1: Graphical representation of the β-lactam formation under diverse conditions.

The reaction was performed with phenyl-substituted imine and similar ratios of the cis and trans isomers were formed.

The reaction of benzyloxyacetyl chloride with imine in the presence of dimethyl-formamide (DMF) and NMM also yielded a mixture of cis and trans-β-lactam in varying proportions.

Table 2 showed the cis/trans ratios during the time of microwave irradiation. The results showed that cis lactams were formed with low power radiation. On the other hand, high power radiation generated trans lactams formation preferentially.

Table 2: Ratios of the cis and trans lactams with respect to time.

Figure 2 represented graphically the variation of the cis and trans ratios with irradiation time up to 5 min at low power mode. The data indicated that the cis/trans ratio decreases with the progress of time and finally stabilizes at 4-5 min. 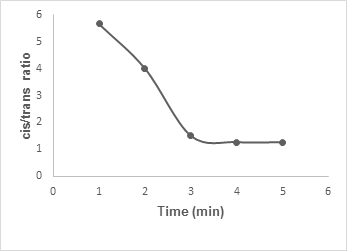 Figure 2: Graphical representation of the cis/trans ratio of β-lactam with the time of irradiation.

Microwave irradiation of activated phthalimido acetic acid with imine in the presence of chlorobenzene and NMM produced a mixture of cis and trans β-lactams.

trans β-Lactam was formed in 100% yield by slow addition of NMM in ethylene dichloride to a refluxing solution of imine and the acid chloride.

AD and BKB are grateful to Prince Mohammad Bin Fahd University for support. BKB is also grateful to US NIH, US NCI, and Kleberg Foundation of Texas for finance support.