Submitted Successfully!
Thank you for your contribution! You can also upload a video entry related to this topic through the link below:
https://encyclopedia.pub/user/video_add?id=7807
Check Note
2000/2000
Inocybe Mushrooms Poisoning
Edit
Upload a video
This entry is adapted from 10.3390/ijms22042218

Mushroom poisoning has always been a threat to human health. There are a large number of reports about ingestion of poisonous mushrooms every year around the world. It attracts the attention of researchers, especially in the aspects of toxin composition, toxic mechanism and toxin application in poisonous mushroom. Inocybe is a large genus of mushrooms and contains toxic substances including muscarine, psilocybin, psilocin, aeruginascin, lectins and baeocystin. In order to prevent and remedy mushroom poisoning, it is significant to clarify the toxic effects and mechanisms of these bioactive substances. 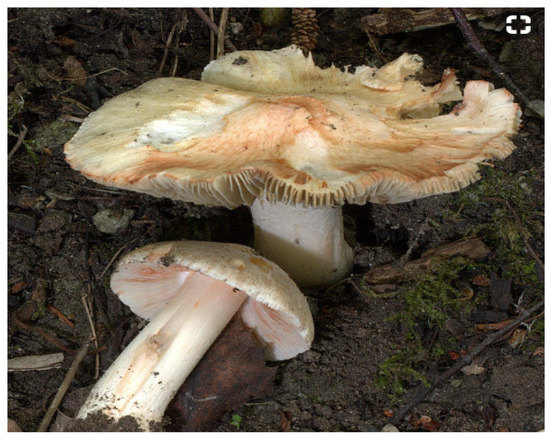 More
© Text is available under the terms and conditions of the Creative Commons Attribution (CC BY) license; additional terms may apply. By using this site, you agree to the Terms and Conditions and Privacy Policy.
Upload a video for this entry
Information
Subjects: Plant Sciences
Contributor MDPI registered users' name will be linked to their SciProfiles pages. To register with us, please refer to https://encyclopedia.pub/register :
RNDr. Patočka, DrSc.
View Times: 1606
Entry Collection: Biopharmaceuticals Technology
Revisions: 3 times (View History)
Update Time: 10 Mar 2021
Table of Contents
1000/1000
Hot Most Recent