+1 point
Thank you for your contribution! You can also upload a video entry related to this topic through the link below: https://encyclopedia.pub/user/video_add?id=63
Check Note
2000/2000
Antimicrobial-resistance genes in human gut

1. What is the process of mummification?

Figure 1. Inca mummy in fetal position and wrapped with cords. While her face was skeletonized, her  body was in a good state of preservation.

The process of natural mummification in Italy differed from that practiced by the Incas in that fluids would be removed before placing the body in rooms or chambers. This process of “dripping” the body was essential to stop or minimize the process of putrefaction aid by microorganisms. Natural mummification of Italian nobility bodies may have been favored by the micro-climatic conditions of certain regions in Italy [1].

2. What is the human microbiome and why study it in mummies?

Just until recently, the concept of the human microbiome was applied to understand ancient cultures. The human microbiome refers to the commensal, symbiotic and pathogenic bacteria, viruses, archaea, and lower eukaryotes and all of the genes necessary for their function and survival, by dynamically interacting with each other and the host [3]. Since the body is preserved during the process of natural mummification and environmental conditions halt the process of putrefaction, it is feasible to hypothesize that known members of the gut microbiome would also be preserved. It is also feasible to hypothesize that the microbiome of mummies would be a hybrid between the gut microbiome as known in today, as well as the thanatomicrobiome, which refers to the microbiome during the process of decomposition. In addition, since the gut microbiome usually reflects dietary habits, lifestyles, comorbidities and pathologies [4], direct characterization of mummified gut remains represents a unique opportunity to study of the evolution of the gut microbiome in association with the mentioned factors. Characterization of ancient gut microbiomes would also further expand the understanding of ancient South American and European cultures. A similar approach can be used to understand the gut microbiome in a number of other extinct and ancient cultures.

Mummies that had their gut microbiomes characterized are unique in that they have shown various pathologies including Chagas disease and leishmaniasis, as in the case of  Inca mummies recovered from the region of what is known as Cuzco, the ancient capital of Peru. Other pathologies included colorectal cancer, bronchopneumonia and cirrosis, as in the case of the Italian nobility mummies, which were recovered in Naples, Italy. The characterized mummies also had different  lifestyles, dietary habits, and socioeconomic status.  For instance, the Incas had a stratified society, where the farmers were the most common and most numerous, followed by the nobility and the Emperor. Most Inca people were in a constant and direct contact with the environment because they were accomplished travelers, builders and farmers. Italian nobility, on the other hand, had minimal contact with the environment [5].

Characterization of the gut microbiomes of Inca and Italian nobility mummies also enabled the opportunity to understand its association with ancient diets. For instance, the  Inca diet included quinoa, maize, and potatoes. While meat was rarely consumed, it may have included guinea pigs, llama and alpaca herds, which were  consumed as jerky. Fermented maize, quinoa or other grains were consumed as drinks, also known as chicha. Diets of Italian nobility, on the other hand, may have been primarily animal-based. This is known based on historical and isotopic records that have shown that meat was essential in the Italian nobility diets. Other food items included fish, which was consumed on penitential occasions, eggs and cheese. Unlike the Incas, fruits and vegetables were not commonly included in the Italian nobility’s diet [6].

The seemingly contrasting dietary habits and lifestyles of the Incas and Italian nobility opened the opportunity to understand the gut microbiome and how it could reflect these differences in ancient cultures.

3. How does studying the gut microbiome leads to study antibiotic-resistance genes in mummies?

Antibiotic-resistance-like genes have also been identified in the gut of Inca and Italian nobility mummies (Figure 2). 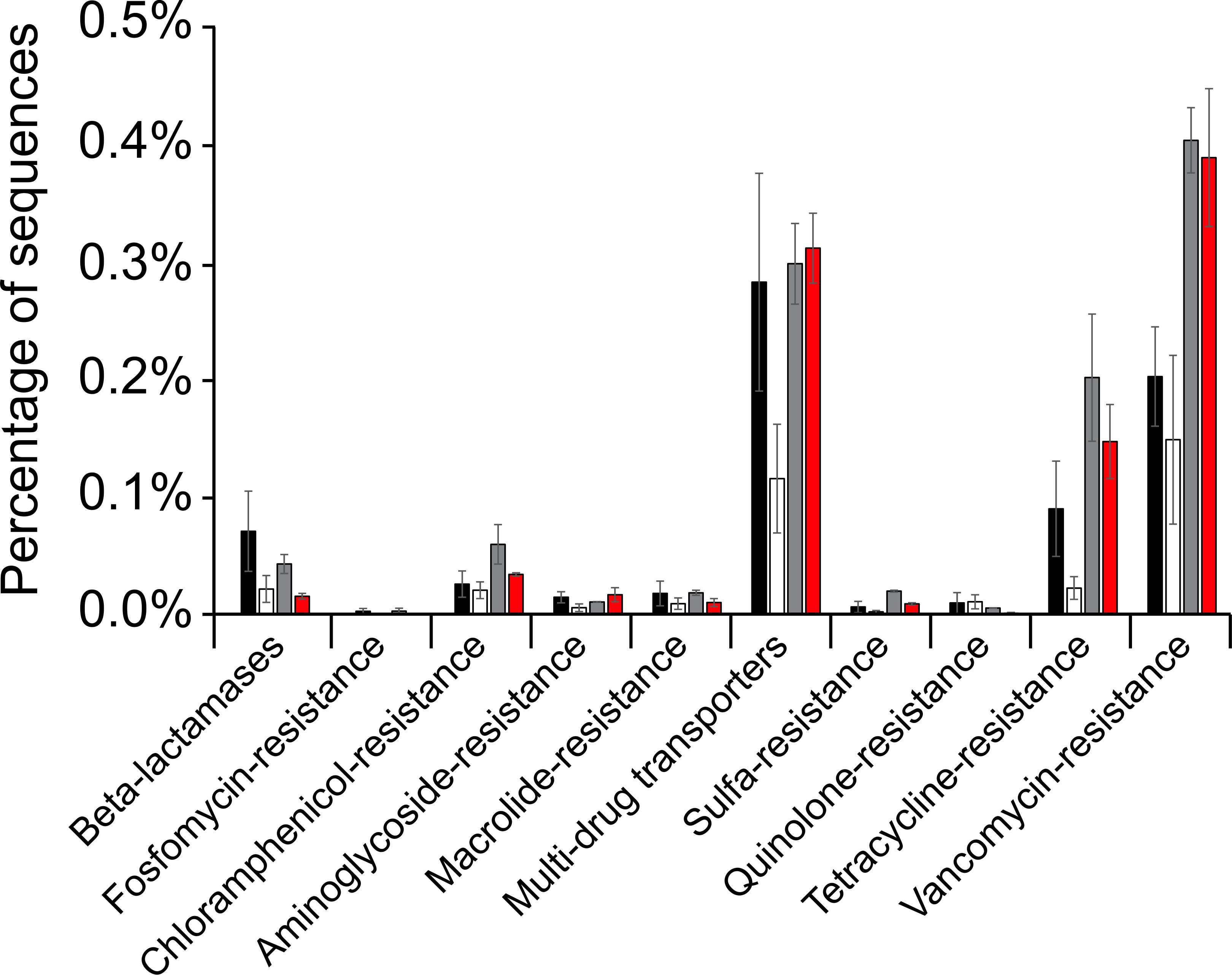 How did antibiotic-resistance reached the mummies guts? One hypothesis is that antibiotic-resistance genes reached the human gut by direct consumption of soil-contaminated crops (Figure 3). Soil microbes, including Streptomyces spp. for example, are known to produce a number of antimicrobials, including streptomycin, possibly as a metabolic product or to compete for resources including nutrients, space and oxygen. Thus, it is reasonable to hypothesize that neighboring bacteria may have developed resistance to antibiotic and antibiotic-like molecules produced by microbes, like Streptomyces  spp. 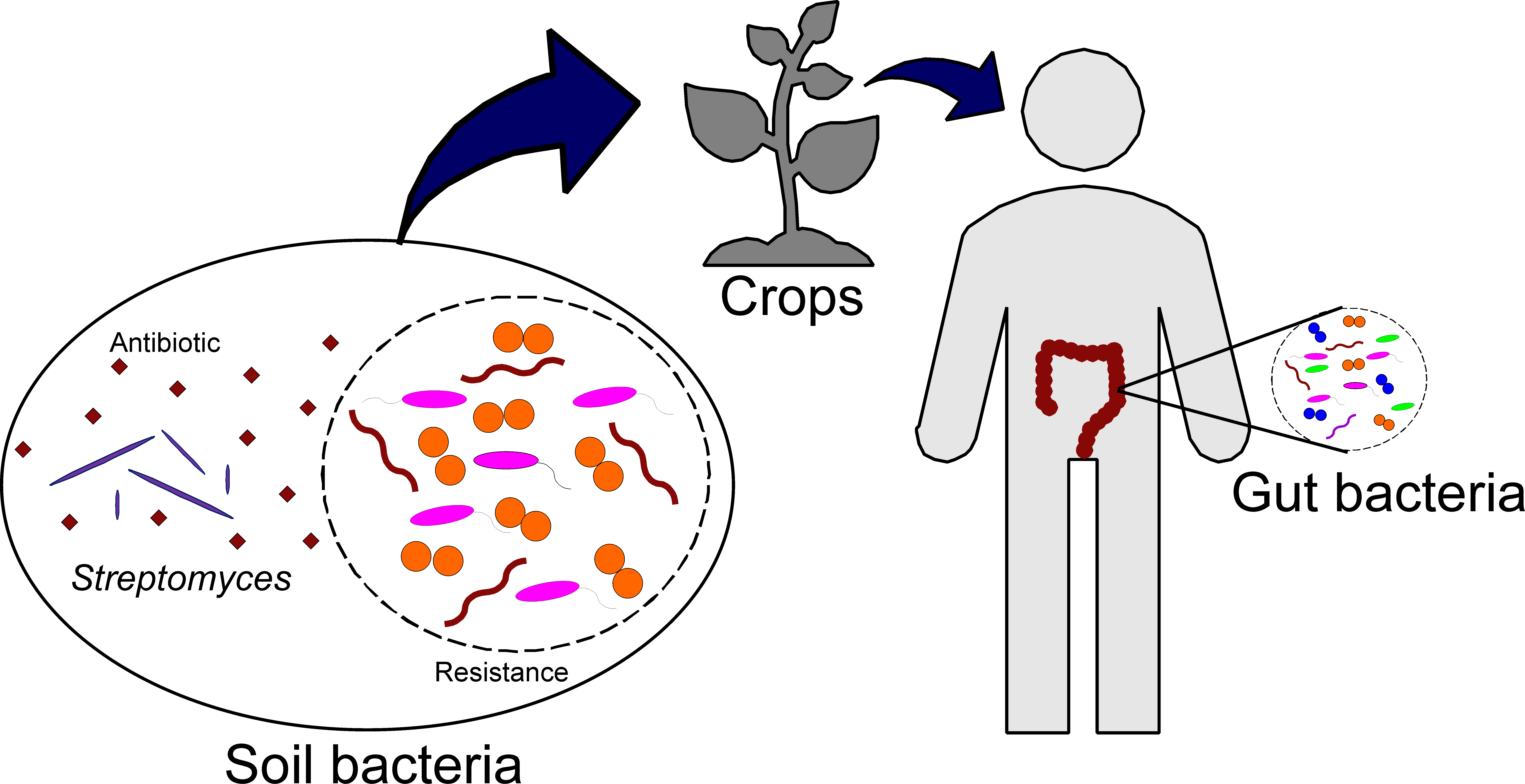 Figure 3. Hypothesis of how antibiotic-resistance genes reached the human gut.

More
©Text is available under the terms and conditions of the Creative Commons-Attribution ShareAlike (CC BY-SA) license; additional terms may apply. By using this site, you agree to the Terms and Conditions and Privacy Policy.
Upload a video for this entry
Information
Subjects: Microbiology
Contributor MDPI registered users' name will be linked to their SciProfiles pages. To register with us, please refer to https://encyclopedia.pub/register :
Tasha Santiago-Rodriguez
View Times: 1343
Revisions: 3 times (View History)
Update Date: 29 Oct 2020
Table of Contents
1000/1000
Hot Most Recent