Submitted Successfully!
Thank you for your contribution! You can also upload a video entry related to this topic through the link below:
https://encyclopedia.pub/user/video_add?id=26062
Check Note
2000/2000
IOT & Control Systems Used in EAHX
Edit
Upload a video
This entry is adapted from 10.3390/en15155519

Air conditioning is a crucial point to be considered in the building sector (both residential and commercial), both from energy savings and comfort-ensuring points of view. The conventional and most widely spread are HVAC systems (Heating, Ventilation, and Air Conditioning) based on vapor compression [1][2]. Even if they easily ensure the desired thermal comfort in the building environments, they negatively contribute to energy consumptions since HVACs are energy-intensive systems [3][4]. Furthermore, even if the Montreal Protocol [5] and subsequent amendments [6] have been prescribed to progressively phase out ozone depleting refrigerants, the currently employed fluids (HFC) are due to high global warming potential [7][8][9]. New alternative fluids for vapor compression systems are found on natural fluids or HydroFluoroOlefins (HFO) [10][11][12][13], which have problems with flammability and costs.
Approximately 20% of the electricity used in buildings globally today is used to cool spaces using air conditioning units and ceiling fans. In addition to increasing emissions, the growing demand for cooling systems has created a tremendous burden on the energy infrastructure of many nations. There is little question as to whether the requirement for space conditioning on a worldwide scale and the energy necessary to supply it will increase for several upcoming years in the absence of strong legislative initiatives. However, there is a high likelihood of swiftly altering the surge in conditioning energy consumption by implementing measures to increase system performance [14][15][16]. In developed countries, the building sector impacts 30% of global energy consumption [17], and internally to the building sector, the energy consumption deriving from the HVAC operation is 50% of the overall power consumption of the whole expense.
Moreover, from a more global perspective, considering all fields and possible applications, refrigeration, and air conditioning are accountable, based on projections from the International Institute of Refrigeration, for over 20% of the world’s power usage, on average, in 2020. This amount changes significantly among the worldwide countries, based both on the level of change and local climatic circumstances: 14% of the overall electricity demand of the USA is to be attributed to air conditioning, whereas in Mumbai (India), it accounts for 40%. The High-Level Board on Climate Change guesses that, considering the expected climate changes, the residential sector expects to see its energy demand for HVAC systems operating more than 13 times from 2000 to 2050 and more than 30 times up to 2100 [18]. If, on the one hand, climate change causes an increase in energy demand for air conditioning, on the other hand, since most systems are based on vapor compression, this increase contributes to the environmental (global warming) and energy crisis in a vicious circle that is dangerous for the future.
Hence, there is an international concern about containing energy consumption, enhancing the productivity performance of buildings, and minimizing the effect on the environment and human health.
The breaking points of the aforementioned vicious circle are: (i) the development of high-impact strategies for energy savings; (ii) an increase in the energy efficiency of air conditioning and refrigeration systems; and (iii) wide employment of renewable energy sources. In fact, improvements in the performance of HVAC systems have become a top priority for green policies. This is demonstrated, for instance, by the manufacturing industry’s increasingly stringent efficiency standards for these systems, the creation of building classification and energy conformity assessments, and the consistency of proactive maintenance procedures for those kinds of systems. In particular, as stated explicitly in the European Directive on Renewable Sources and created by the so-called “green building” criteria, the regulations addressing the use of energy in the building industry aim to promote the use of renewable sources.
The growing interest in discovering substitutes for vapor compression-based HVAC systems has pushed researchers to make efforts to develop solutions based on renewable energies. Renewable energy is energy produced from sources that are available in nature and that may be utilized right away or stored through accumulation technologies. The most prevalent renewable energy sources include geothermal heat-based energy, photovoltaic, wind, biomass, precipitation, tidal energy, and waves [19][20][21][22]. Perhaps one of them, solar heating/cooling systems, uses solar energy substantially to heat and cool water for home and industrial purposes [23]. Solar power is used to generate electricity using photovoltaic (pv) systems [24].
As a matter of fact, in the panorama of renewable energy sources, next to solar, geothermal, and wind are also sources due to the big potential for electricity generation. Geothermal energy definitely dominated the renewable energy market in terms of installed electricity power about 30 years ago.

The concept of EAHX provided by a control system is shown in Figure 1. As discussed in previous sections, EAHX is a green retrofit for cooling and heating buildings [25][26][27]. The concept of EAHX enables the insufflation of outdoor air directly into the building, providing more favorable conditions in reaching the required thermal comfort (less energy consumption to reach the indoor setting temperature) when coupled to an AHU or another existing air conditioning system [28][29]. Heat exchanges between earth and air increase with decreasing air velocity, altering the air flow rate in the duct and allowing for modification of its output temperature. Such a control would require measuring tools and a centralized control system on an actual structure. As shown in Figure 1, the main parts of the EAHX system IOT controlled are: 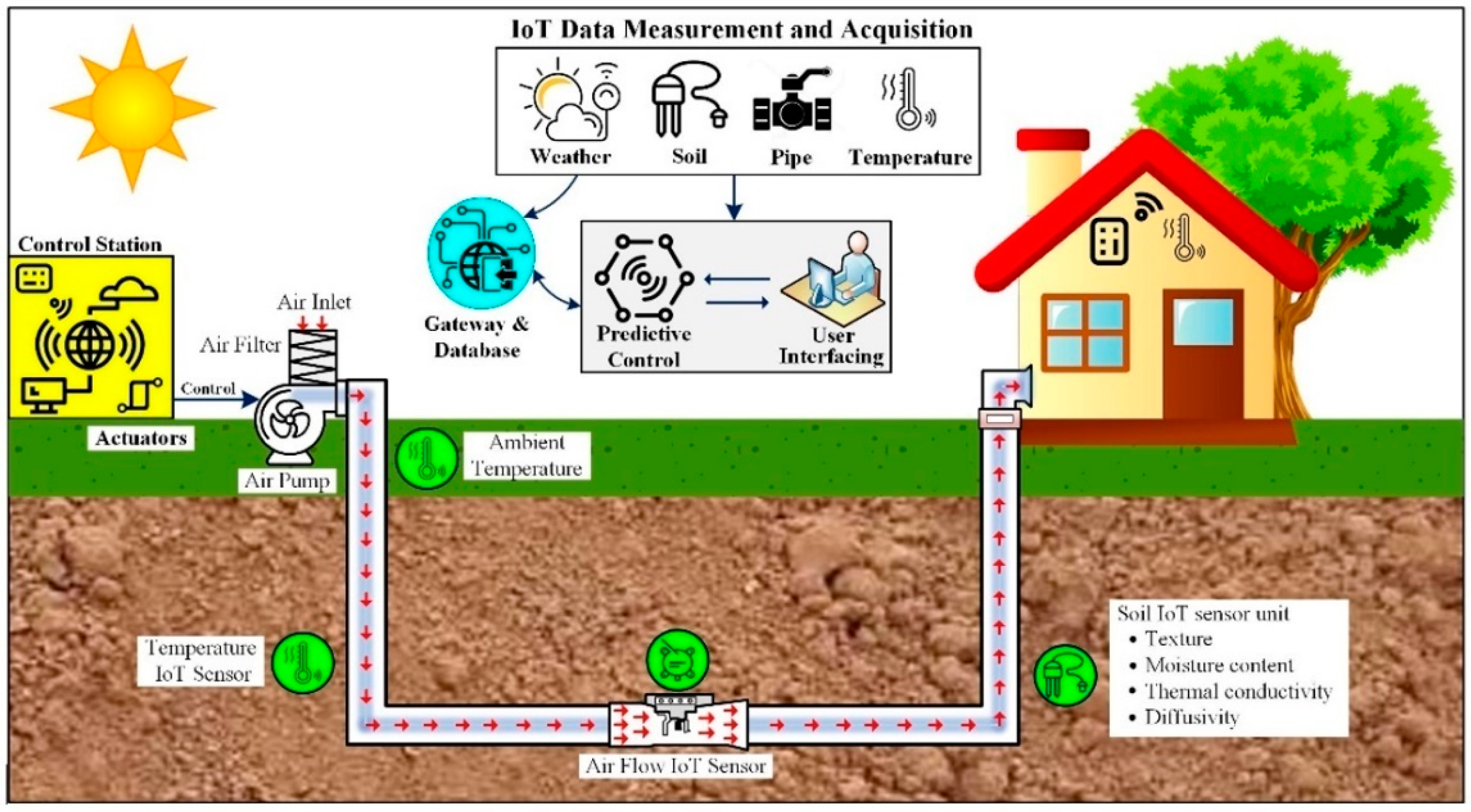 Figure 1. IoT-based control of the EAHX system.
The air pump has on/off control using a temperature sensor for ambient air and extracted room air, which can be set by the user. The aim of this on/off control strategy is to activate the EAHX air-handling unit. The recommended control set temperature for the EAHX air pump is based on user input and predictive control [30].
EAHX systems are designed to ensure hygrothermal effects in interior building environments, and their automated control can significantly improve end-users’ comfort. Implementing novel control architectures and enabling the energy enhancement of EAHX systems without compromising building occupants’ thermal comfort is of utmost importance. Combining two key modules—an intelligent control process and a smart physical infrastructure—can accomplish this. Energy enhancement and thermal comfort optimization must be the focus of the first module, while the sensing, communication, data storage, and actuation of the EAHX system in response to end-user demands are handled by the second.
The system continues to operate to keep the temperature within the building practically constant until the ideal temperature is reached. As a result, it discovers an air mass flow rate that uses less energy. Several methods have been developed throughout the decades for EAHX systems that may be taken into consideration in the control algorithm module. The majority are intuitive on/off controllers that are unable to account for significant thermal inertia EAHX processes. In addition, PID controllers with complex tuning for thermal inertia EAHX processes, whose performance may degrade during system dynamics. After reaching a steady-state temperature, the PID controller lowers the system’s energy usage [31]. A PID controller may be used to decrease the variation in air fan power, which is a cubic function directly connected to the velocity of the air mass flow rate pumped into the building heat exchanger. Appropriate PID gain settings can further reduce this variation. This is so that the PID controller does not always have to operate at full capacity. When using a PID controller, the system uses less energy after the air inside the building reaches the desired temperature. This is because there is less energy being removed by the heat exchanger at this point because there is less of a difference between the desired temperature and the ground temperature. Furthermore, since fewer energy resources are required for cooling or heating a structure, PID control can improve both the EAHX ‘s efficiency as well as the sustainability of the globe.
The advantages of two cutting-edge heat exchanger control techniques, H control and µ-synthesis, are described in [32]. The necessity for a design process that explicitly tackles issues with modeling mistakes led to the development of H∞ optimal control, frequency-domain optimization, and design theory. The H∞ control is developed further in the “µ-synthesis theory,” where the uncertainty framework is considered while designing. A more effective predictive control strategy has gained traction over the past 20 years. This control method enables the efficient integration of energy efficacy methods into controller construction, together with problems such as disturbance rejection, constraint fulfillment, and slow-operating dynamic control [33]. Furthermore, the implementation of optimum regulating methods for the improvement of energy efficacy and thermal ease is becoming more abrupt and accessible as a result of the falling prices of smart devices. Advances in information and communication technology (ICT) enable the wide availability of dispersed sensors and data analytics tools. Therefore, it becomes clear that model predictive control is meaningless without being connected to a suitable smart infrastructure that enables the collection and transmission of actual data from the field [34]. By enabling the connecting of sensors, actuators, and other items to the internet and enabling both the awareness of the environment and interaction with it, the Internet of Things (IoT) extends a suitable solution.

Due to the confluence of many technologies, things have changed. Digital intelligence is given to otherwise dumb gadgets by linking all these different things and giving them sensors, enabling them to communicate real-time data without a human being’s input. The Internet of Things, which connects the real and digital worlds, is making the environment around us smarter and more responsive. Devices that can sense, analyze, and wirelessly transmit data to an unnamed storage place are used. such as the cloud, which stores, analyses, and presents data in a useful format, the IoT is expected to revolutionize the world by assisting us in monitoring and controlling basic development in the environment [34]. IoT frameworks facilitate communication among “things,” with the majority of these frameworks appearing to focus on real-time data solutions. Big data and the Internet of Things are two developing technologies that may be used to generate information and enable applications for energy-efficient buildings [35]. Effective forecasting of heating and cooling demand is crucial to building energy management. One of the key uses of the IoT paradigm is the effective control of heating, ventilation, and air conditioning systems in smart buildings. The inside atmosphere of smart buildings may be improved for energy efficiency and thermal comfort using an IoT-based EAHX control system design [36]. The components are as follows:
It consists of the following elements:
The proposed architecture’s mode of operation and information flow are as follows: The network of sensors is used to detect energy usage as well as the internal environmental conditions (temperature, CO2 level, number of occupants, etc.). The measurements are then transferred in periodic bursts to the control unit, where the Predictive Control algorithm is implemented, and finally to the gateway, which connects to the database server. The control actions provided by this algorithm to the EAHX systems provide the optimal trade-off between energy consumption and comfort for the specified comfort limitations in the foreseeable future. The devices that actuate the EAHX modules get these control commands from the gateway. These control instructions are sent from the gateway to the devices that operate the EAHX modules. The EAHX modules adjust the room’s temperature in accordance with the algorithm’s predictions. The database server also keeps track of temperature and energy use readings. Through the dashboard on an IP device linked to the database server, these measures are shown to the end user. Users may interact with the control unit through the dashboard and choose the preferred temperature and control mode (i.e., either manual or automatic).