+1 point
Thank you for your contribution! You can also upload a video entry related to this topic through the link below: https://encyclopedia.pub/user/video_add?id=24259
Check Note
2000/2000
Bioavailability of Thymol in Humans and Animals

Herbal additives may have possible health benefits in animals and humans, particularly thymol, whose phenolic group is responsiblefor the neutralisation of free radicals, and information concerning its detection through body action,bioavailability and mechanisms in rabbits. Plants containing thymol have been used in traditional medicine for the treatment of various diseases, such as cardiovascular diseases, cancer and diabetes. Although a great number of in vitro studies of cardiovascular and cancer diseases are available, in vivo studies that confirm these findings have not been sufficiently reported. To determine the beneficial dose, further clinical studies are necessary, with preclinical comprehensive research on animal models.

For many years now, the positive effects of aromatic plants and herbs in the treatment of various diseases have been well documented. Many effective and conventional drugs originate from plants, and, historically, they represent the first pharmacological compounds used in the treatment of many diseases [1][2][3]. Scientists have focused their attention on the composition of herbal extracts, the detection of their active compounds and their mode of action to ensure an effective therapeutic and nutritional dosage [4]. To understand the mechanism of action of these compounds and to determine their interaction with food and drugs, their absorption, distribution, metabolism and excretion all need to be investigated [5][6].
Currently, the widespread antibiotic resistance presents a global health problem, and it has forced medical researchers to return to the pre-antibiotic era [7][8]. For this reason, the development of new drugs of natural origin presents a big challenge for scientists [9][10]. More than half of the drugs approved by Food and Drug Administration (FDA) are composed of natural compounds from medicinal plants [11]. About 50% of modern drugs, and more than 60% of anti-cancer drugs, are developed from phytochemicals [12]. According to Chen et al. [13] and Newman et al. [14], plants and their natural compounds have been used as sources of antibiotics, analgesics, cardioprotective and other drugs for more than 5000 years. Currently, collaboration between the World Health Organization (WHO), the FDA, the European Medicines Agency (EMA) and the pharmaceutical industry is necessary in order to utilise the vast potential of traditional medicine for the development of herbal drugs for the treatment of different diseases [15]. Despite the fact that aromatic plants and herbs are considered natural and safer than synthetic drugs, they may present a risk of serious adverse effects [16]. For this reason, researchers have suggested that food and drug interactions must be extensively evaluated in terms of their absorption, excretion, distribution and metabolism [5][6].
Thymol has been evaluated in many studies, which confirmed its therapeutic uses for the treatment of disorders affecting the cardiovascular, nervous, respiratory and digestive systems [17][18][19][20].
WHO reported, that cardiovascular diseases accounted for the highest number of deaths in 2019, and they are expected to reach 22.2 million deaths in 2030 [21]. For this reason, finding safe, non-toxic and effective drugs for prevention of these diseases is a hot topic of research. As natural candidates, some medicinal plants could meet the requirements for such pharmacological effects [22]. The active components of medicinal plants, due to their chemical structure and ability to reduce and scavenge the production of free radicals, improve the activity of antioxidant enzymes and are able to downregulate the oxidative stress of the organism [23]. In the opinion of Chang et al. [22], natural medicinal plants could be less toxic than synthetic antioxidants. Accumulating evidence suggests that flavonoids, phenolics and saponin from medical plants could reduce oxidative stress [16]. Moreover, some phenolic phytochemicals have anti-carcinogenic and anti-inflammatory effects [22][24]. Local inflammation and oxidative stress are involved in the pathogenesis of endothelial dysfunction and, consequently, in the progression of atherosclerosis [25]. Oxidative stress, by way of regulating inflammation and stimulating vascular smooth muscle, plays a key role in the pathogenesis of hypertension, atherosclerosis and myocardial injury [22] [26][27][28]. Oxidative stress represents an imbalance between free radical formation and antioxidant defence. An excessive amount of free radicals attack lipids in cells and cause their dysfunction, which induces the process of atherogenesis [29].

2. Detection of Thymol and Its Metabolites in Humans and Animals

The pharmacodynamic activities of thyme extract or essential oil have been demonstrated in vitro. To confirm the beneficial effect of thymol found in vitro, its absorption, distribution, metabolism and excretion need to be detected in vivo [30]. Little is known about the bioactivity of thymol and its metabolites, as there are only few studies that have analysed thymol in body tissues (Table 1).

Table 1. Detection of thymol and its metabolites in the bodies of humans and animals.

3. Bioavailability of Thymol Generally and in Rabbits as Model Animal

Phytogenic compounds and other foreign substances after oral administration are absorbed from the intestine, metabolised and eliminated from the organism. Once they reach the intestine or liver, they are converted during biotransformation processes (phase I and phase II) to more hydrophilic forms, and their pharmacological properties usually differ compared to the parental compound. It is also important to emphasise that metabolites can probably be deconjugated to the parental compound and express their pharmacological activity in this way. The major reactions occurring during phase I are oxidation, reduction and hydrolysis; phase II reactions are also called conjugation reactions and include glucuronidation, sulphation, acetylation, methylation, conjugation with glutathione and conjugation with amino acids [48][49][50][51][52][53].

The intestine plays an important role as a site for the absorption as well as biotransformation of thymol [40][41]. Thymol or its metabolites, after biotransformation processes in the intestinal wall, can be transported back into the intestinal lumen or are converted back to the parental compounds and redistributed within the organism through the systemic circulation [49]. Some part of the compounds are transported by the mesenteric vein into the liver, where they are metabolised, excreted into the duodenum in bile and again reabsorbed [49][54]. Bacova et al. [34] found 15% of thymol in the liver compared with the intestinal wall, which demonstrates the intensive absorption of thymol from the intestinal wall through the vena portae to the liver.

There are some barriers that the compounds must pass through during their metabolic path in the organism, and they limit their absorption [40] [50]. The first-pass metabolism in the intestine decreases the number of molecules reaching the blood circulation, and then the first-pass metabolism in the liver represents another barrier for the distribution of compounds in the organism. In addition to this, many efflux transporters are bound mainly with lipophilic molecules, which are rapidly excreted from the organism, greatly limiting their bioavailability [34][49][51][52][53]. These biotransformation processes are probably the reason why only a trace amount of thymol is found in the muscle and fat tissues of broilers [39][48] and rabbits [34].

The rabbit’s digestive processes represent a complex system of the separation of digestible and indigestible parts of ingested food in the proximal colon [55]. The most important mechanism by which nutrients are released from ingested food is microbial fermentation in the caecum. The products of fermentation are either absorbed directly through the caecal wall or are re-ingested as caecotrophs [56]. The caecum and colon are the most important parts of a rabbit’s digestive system in connection with the original feature of digestion, caecotrophy.

Studying thymol bioavailability in different tissues is essential to understand its mechanism of action in target organs in which it can exert its biological role. Oral bioavailability represents the fraction of administered thymol reaching the systemic circulation and is a key parameter that affects its efficacy. Therefore, to propose an appropriate dose, the study of its oral bioavailability has received significant attention. However, only a few studies on thymol oral bioavailability have been carried out to date.
The organ bioavailability barriers to thymol are depicted in Figure 1. 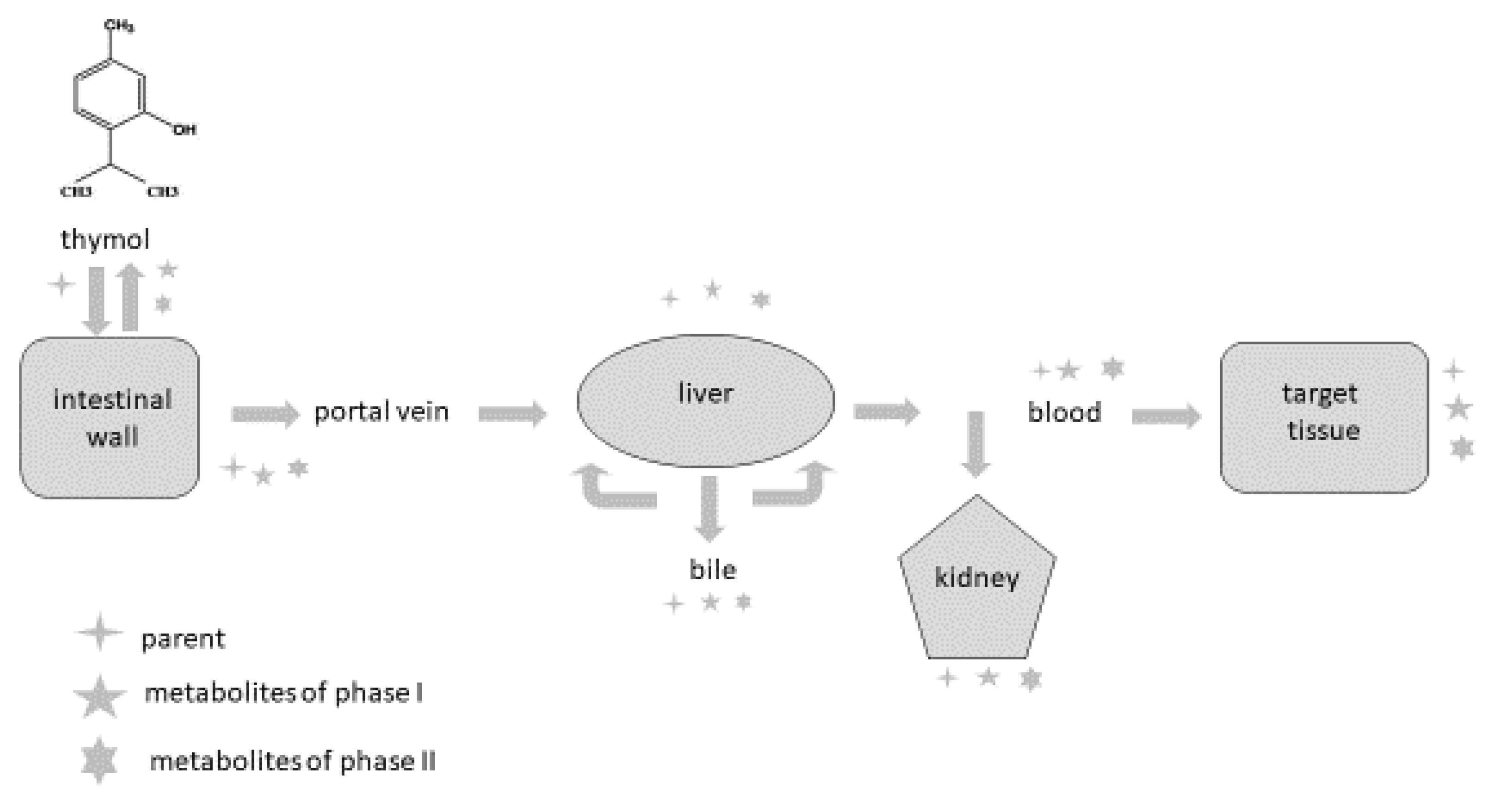 Figure 1. Organ bioavailability barriers to thymol (based on [50]).

The presented data represent the available scientific information regarding the urgent need for more studies to precisely understand the metabolic processes and biological activity of thymol and its metabolites within organisms. This information will be useful for researchers, drug and pharmaceutical industries and the medical and veterinary sectors.

More
© Text is available under the terms and conditions of the Creative Commons Attribution (CC BY) license; additional terms may apply. By using this site, you agree to the Terms and Conditions and Privacy Policy.
Upload a video for this entry
Information
Subjects: Veterinary Sciences; Cardiac & Cardiovascular Systems
Contributors MDPI registered users' name will be linked to their SciProfiles pages. To register with us, please refer to https://encyclopedia.pub/register :
Iveta Placha
,
Kristina Bacova
,
Lukas Plachy
View Times: 150
Revisions: 2 times (View History)
Update Date: 22 Jun 2022
Table of Contents
1000/1000
Hot Most Recent