+1 point
Thank you for your contribution! You can also upload a video entry related to this topic through the link below: https://encyclopedia.pub/user/video_add?id=23870
Check Note
2000/2000
ML-Based Detection Approaches of Coal Workers’ Pneumoconiosis

Pneumoconiosis is an occupational lung disease and a group of interstitial lung diseases (ILD) caused by chronic inhalation of dust particles, often in mines and from agriculture, that can damage both lungs and is not reversible [1][2][3]. There are three important occupational lung diseases, coal worker pneumoconiosis (CWP), asbestosis, and silicosis, seen in Australia [4]. CWP (commonly known as black lung (BL)) is mainly caused by long-term experience with coal dust, which is similar to silicosis lung disease caused by silica and asbestos dust. Pneumoconiosis, including CWP, asbestosis, and silicosis, killed 125,000 people worldwide between 1990 and 2010, according to the Global Burden of Disease (GBD) [5]. The national mortality analysis from 1979–2002 reports that over 1000 people have died in Australia due to pneumoconiosis, with CWP, asbestosis, and silicosis representing 6%, 56%, and 38% of the total, respectively. Pneumoconiosis has increased due to poor dust control and a lack of workplace safety measures [6][7][8][9].
In clinical imaging, computer-aided diagnosis (CADx), also known as computer-aided detection (CADe), is a system developed for the computer to help make quick decisions for future treatment [10][11]. Medical image analysis is now an essential assessment for detecting possible clinical abnormalities at an earlier stage. CAD systems help to improve diagnostic image systems, visualising suspicious parts and highlighting the most affected area of images in X-rays, CT-scans, ultrasounds, and MRI [12][13].

The abnormality on a chest X-ray of the lung is signified by an increase or decrease in density areas. The chest X-ray lung abnormalities with increased density are also known as pulmonary opacities. Pulmonary opacities have three major patterns: consolidation, interstitial, and atelectasis. Among them, interstitial patterns of pulmonary opacities are mainly responsible for BL disease [14][15][16]. According to ILO classification [17], there are two types of abnormalities, parenchymal and pleural, seen for all types of pneumoconiosis, such as our target research topic BL disease or CWP.
The ILO has categorised pneumoconiosis into 0, 1, 2, and 3 stages, where 0 is normal and 3 is the most complicated stage of the disease. The stage of the disease is indicated by the profusion of small and large opacities, which may be round or irregularly shaped, which presents the parenchymal abnormality. The ILO classifies the size (diameter) of small rounded opacities as p, q, or r, indicative of diameters: p≤1.5, 1.5≤q≤3, 3≤r≤10 mm and defined by the presence on the six significant zones (upper, middle, lower) in both left and right lungs. On the other hand, the size (widths) of small irregular opacities is illustrated by the letters shown in standard radiograph areas, s≤1.5, 1.5≤t≤3, 3≤u≤10 mm. Opacities with a dimension of more than 10 mm are defined as large opacities. They are divided into three major categories, defined as 0≤A≤50 mm, 50≤B≤Area(RUZ), and 50≤C≥Area(RUZ), where RUZ indicates the area of the right upper zone (RUZ).
In pleural abnormalities, the ILO has shown that the parietal pleura is seen in the chest wall, diaphragm, and other sites of the lungs that can diffuse the thickness and decay at the appropriate angle of the lung frame. Figure 1 summarises parenchymal and pleural abnormalities, followed by standard opacities and their perfusion measurements.

Figure 1. Summary of ILO standard classification of pneumoconiosis.
It is difficult for radiologists to classify pneumoconiosis in both types of abnormalities. The measurement of the size and shape of all regular and irregular opacities is quite difficult, especially in the earlier stage of CWP disease [18]. The radiographic changes in some blood vessels forming the opacities’ shape and the size of pneumoconiosis are difficult to diagnose. In addition, pleural plaque on plain chest radiographs shown in the shadows of ribs may lead to misclassification of conditions consistent with pneumoconiosis [19][20]. Therefore, the development of significant computer-aided diagnosis (CAD) schemes is necessary to reduce the risk in the workplace and improve the chest screening for pneumoconiosis diseases.

In the past year, the texture features were mostly classified using classical computer-based methods and ILO-based standard classification [21][22][23][24][25][26][27][28][29][30][31], as shown in Figure 2. A linear discriminant analysis (LDA) and partial least squares (PLS) regression function has performed this in computer-based classification methods [21][27][28][29][30][31]. LDA and PLS are the classic statistical approaches for reducing the dimensions of characteristics to improve the classification. Besides this classification method, some researchers used the classical ILO standard-based guideline as shown in Figure 2. The profusion of small round opacities and ILO extent properties indicated normal and abnormal classes. Neural networks have been applied to find the shape and size of round opacities from ROI images [32][33][34][35]. The X-ray abnormalities were categorised and compared with the results of the standard ILO measurement of the size and shape of the round opacities, as in Figure 1. 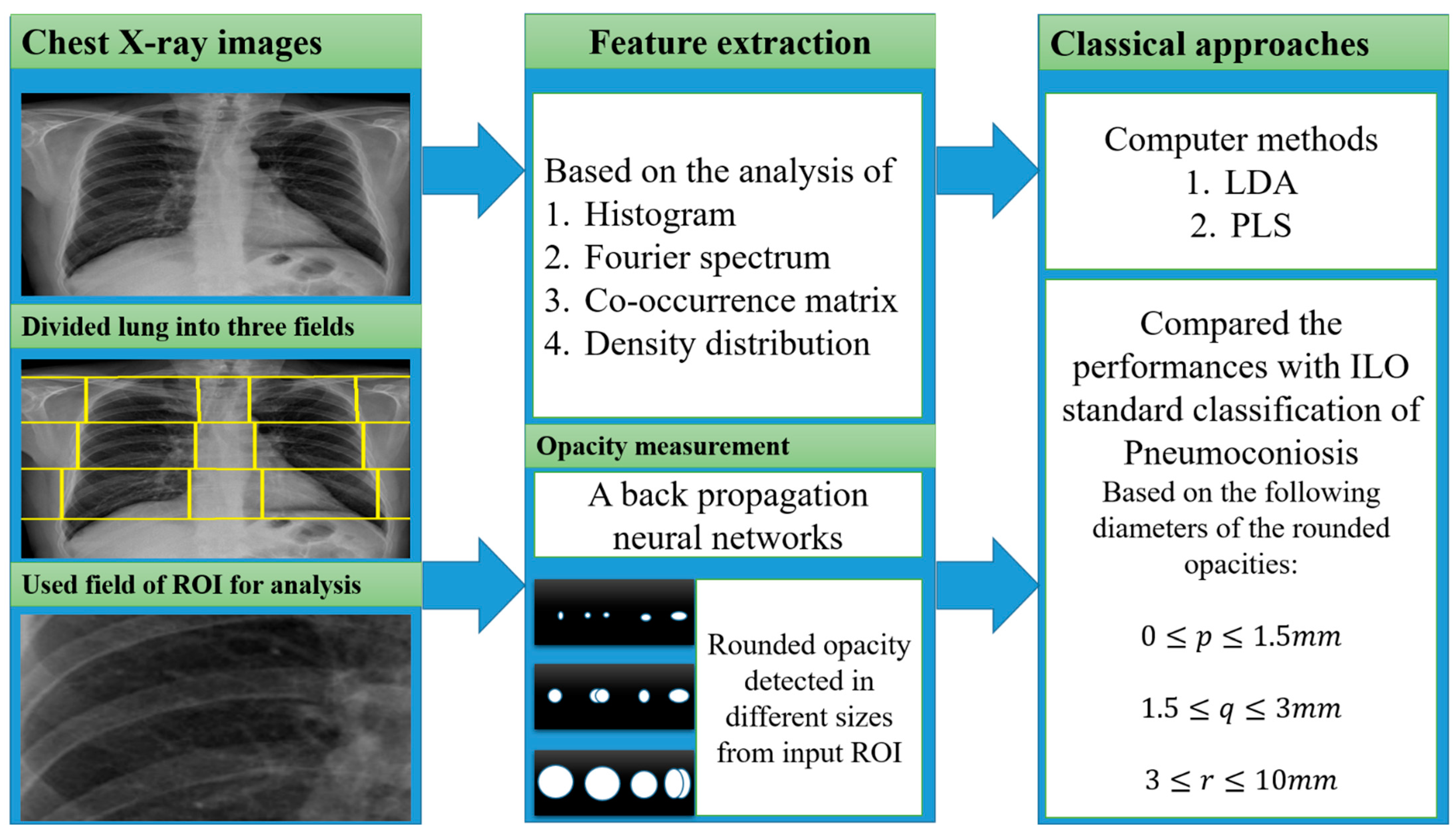 Figure 2. The illustration of the classical approaches was used for CWP detection.
A summary of all classic approaches corresponding to feature extractions with various inputs is shown in Figure 2.

Figure 3. The illustration of the traditional approaches used for CWP detection.
It is found that SVM performed best compared to the other classifiers on ROI-based texture features, which also indicated that SVM with a radial basis function (RBF) kernel is more noticeable than linear and polynomial kernel functions. The maximum AUC (area under the curve) value of the receiver operating characteristic (ROC) curve indicated the SVM classifier’s ability to classify texture features. It was also seen that an ensemble of multiple classifiers would improve detection performance. In [37][41][43], the authors proposed an ensemble of multi-classifier and multi ROI decisions for the diagnosis of CWP, which improved the overall classification result.
The four feature extraction methods (Fourier spectrum, wavelet, histogram, and co-occurrence matrix analysis) outperformed classical approaches with the traditional machine learning classifiers. Among all classifiers, the SVM exceeded the others in terms of histograms and co-occurrence characteristics of chest X-ray radiographs [41][43][45][51]. Moreover, SVM was used in the maximum and a bigger number of CWP data sets in the literature, demonstrating average accuracy, specificity, recall, and area under the curve (AUC).

For the period 2019–2021, eights studies were found that proposed using deep convolutional neural network (CNN) models to classify CWP (black lung disease) in CXR [52][53][54][55][56][57][58][59]. They used different pre-trained deep learning models for non-textured feature extraction then applied a fully connected layer with binary classifier for normal or abnormal (black lung) classification. Over the past few years, various CNN models, such as VGG16 [60], VGG19, AlexNet [61], Inception [62], Xception [63], ResNet50 [64], DenseNet121 [65], and CheXNet121 [66], have been developed based on the ImageNet database classification results. Each CNN model consists of two main parts: the base (top-removed), and the other is called the top. The base part of the CNN model is used as an automatic deep feature extractor and consists of a set of convolutional, normalisation, and pooling layers. The top part is used as a deep classifier and consists of a number of dense layers that are fully connected to the outputs of the base part of the model, as shown in Figure 4.

Figure 4. The illustration of the deep learning approaches used for CWP detection.
Devnath et al. investigated the CNN classifier performance with and without deep transfer learning, which suggested that the transfer learning with the deep CNN technique will improve the classification of black lung disease with a small dataset [57][58]. Arzhaeva et al., show that CNN performed better than the statistical analysis methods, including texture features from ROIs and ILO standard classification of pneumoconiosis in CXR [52].
Zheng et al. [59] applied transfer learning of five CNN models, LeNet [67], AlexNet [61], and three versions of GoogleNet [62], for CAD of CWP in a CXR films dataset. They showed that the integrated GoogleNetCF performed better than others on their dataset. Zhang et al. [53] implemented the ResNet [64] model to categorise normal and different stages of pneumoconiosis using six subregions of the lung, as shown by an example in the left column of Figure 4. They verified the best CNN performance with two groups of expert radiologists. Wang et al. also verified the performance of the Inception-V3 model with two certified radiologists [56] and found that CNN is more efficient than human performance. More recently, Devnath et al. [54] proposed a novel method for CWP detection using multi-level features analysis from the CNN architecture as shown in the bottom section of Figure 4. They applied transfer learning of the CheXNet [66] model to extract multidimensional deep features from the different levels of their architecture. They then used these features in the traditional machine learning classifier, SVM. This integrated framework outperformed the state-of-art different traditional machine and deep learning methods.
Non-texture features were extracted using different CNN approaches. Among all detection approaches, deep transfer learning of GoogleNet, ResNet, and CheXNet achieved an average accuracy of more than 92% in the detection of CWP from chest X-ray radiographs. Overall analysis revealed that deep learning methods outperformed other traditional and classical approaches in CWP detection.

More
© Text is available under the terms and conditions of the Creative Commons Attribution (CC BY) license; additional terms may apply. By using this site, you agree to the Terms and Conditions and Privacy Policy.
Upload a video for this entry
Information
Subjects: Mathematical & Computational Biology
Contributors MDPI registered users' name will be linked to their SciProfiles pages. To register with us, please refer to https://encyclopedia.pub/register :
Kamran Shaukat
,
LITON DEVNATH
,
Peter Frederick Summons
,
Suhuai Luo
,
Ibrahim A. A. Hameed
,
Hanan ALJUAID
View Times: 94
Revisions: 3 times (View History)
Update Date: 10 Jun 2022
Table of Contents
1000/1000
Hot Most Recent