Submitted Successfully!
Thank you for your contribution! You can also upload a video entry related to this topic through the link below:
https://encyclopedia.pub/user/video_add?id=23385
Check Note
2000/2000
Breast Implant Illness
Edit
Upload a video
This entry is adapted from 10.3390/surgeries3020013

Breast implant illness refers to a combination of different symptoms related to breast implant surgery, including fatigue, brain fog, and arthralgias. This malaise occurs after cosmetic and reconstructive breast surgeries, although it has not been proven to be a disease. Complications associated with breast implants include breast pain, capsular contracture, infections, as well as other manifestations specific to breast reconstruction.

Outstanding advancements have been made in the medical field since the inception of synthetic prosthetics [1][2]. Presently, prosthetics have changed disease therapeutics and improved the quality of life for many patients [3]. Globally, a portion of the medical community has been skeptical about the use and safety of cosmetic silicone breast implants (SBI) [4]. This is mainly due to the absence of physiologic function and the immense popularity of breast surgery worldwide, with 287,085 interventions in 2019 and 193,073 in 2020 in the United States alone [5].
New concerns regarding the use of SBI have emerged apart from infection and immune rejection [6]. Asymmetry, breast pain, capsular contracture, implant rupture, infections, and breast implant-associated anaplastic large cell lymphoma have been reported to date [7][8]. Particularly, patients have reported symptoms of new-onset autoimmune disorder (18%), depression (19%), hair loss (21%), anxiety (24%), arthralgias (25%), brain fog (25%), and fatigue (49%) after SBI surgery, leading to a new term being coined for this syndrome: breast implant illness (BII) [9][10].

One standard type of SBI and surgical planning cannot be used for all, and the choice is usually based on the surgeon’s experience [11]. Correspondingly, SBI placement involves several incision sites that appear as axillary, inframammary, periareolar, and mastectomy scars [11][12] (Figure 1). Moreover, each incision site provides different degrees of tissue manipulation [13]. 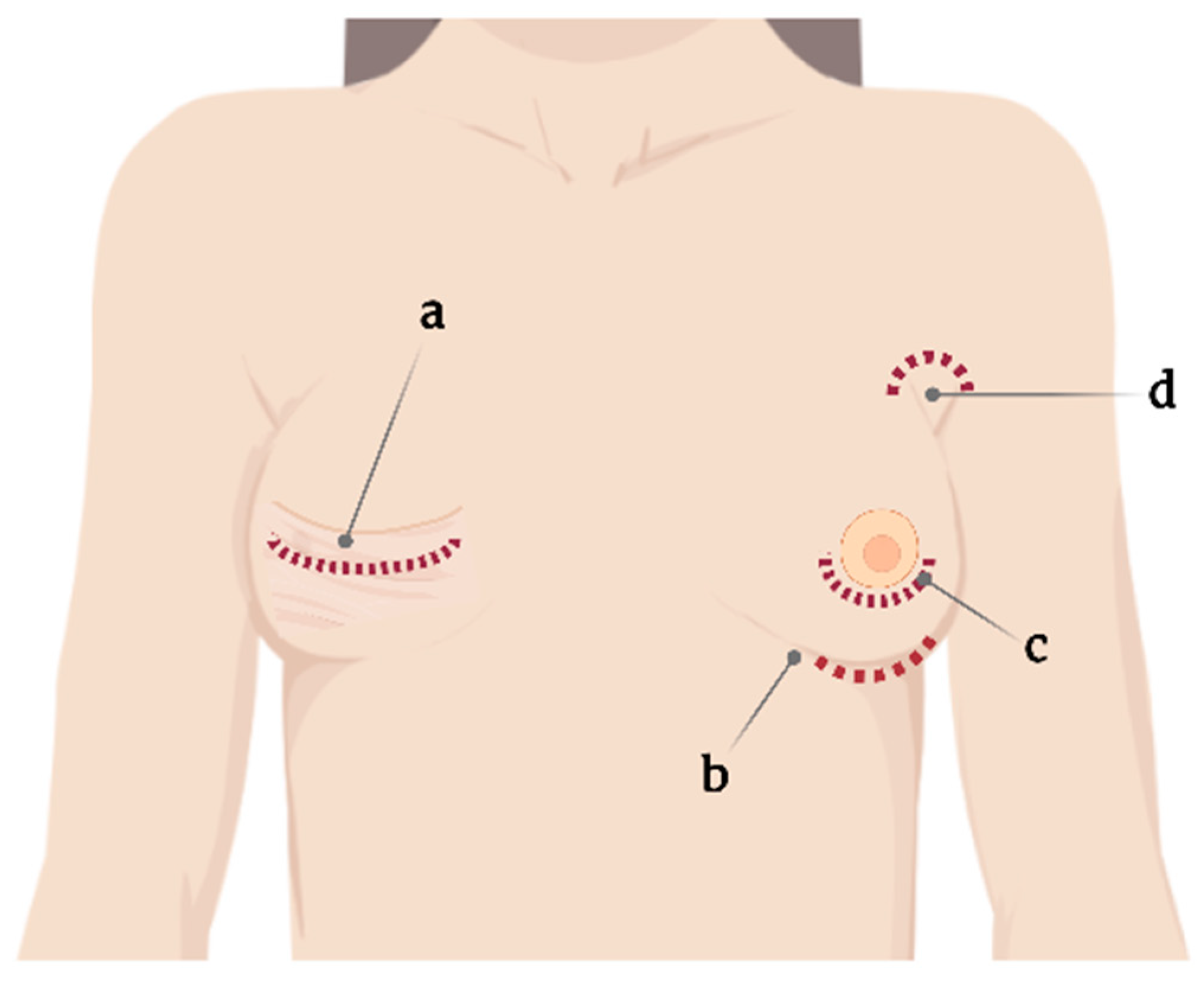 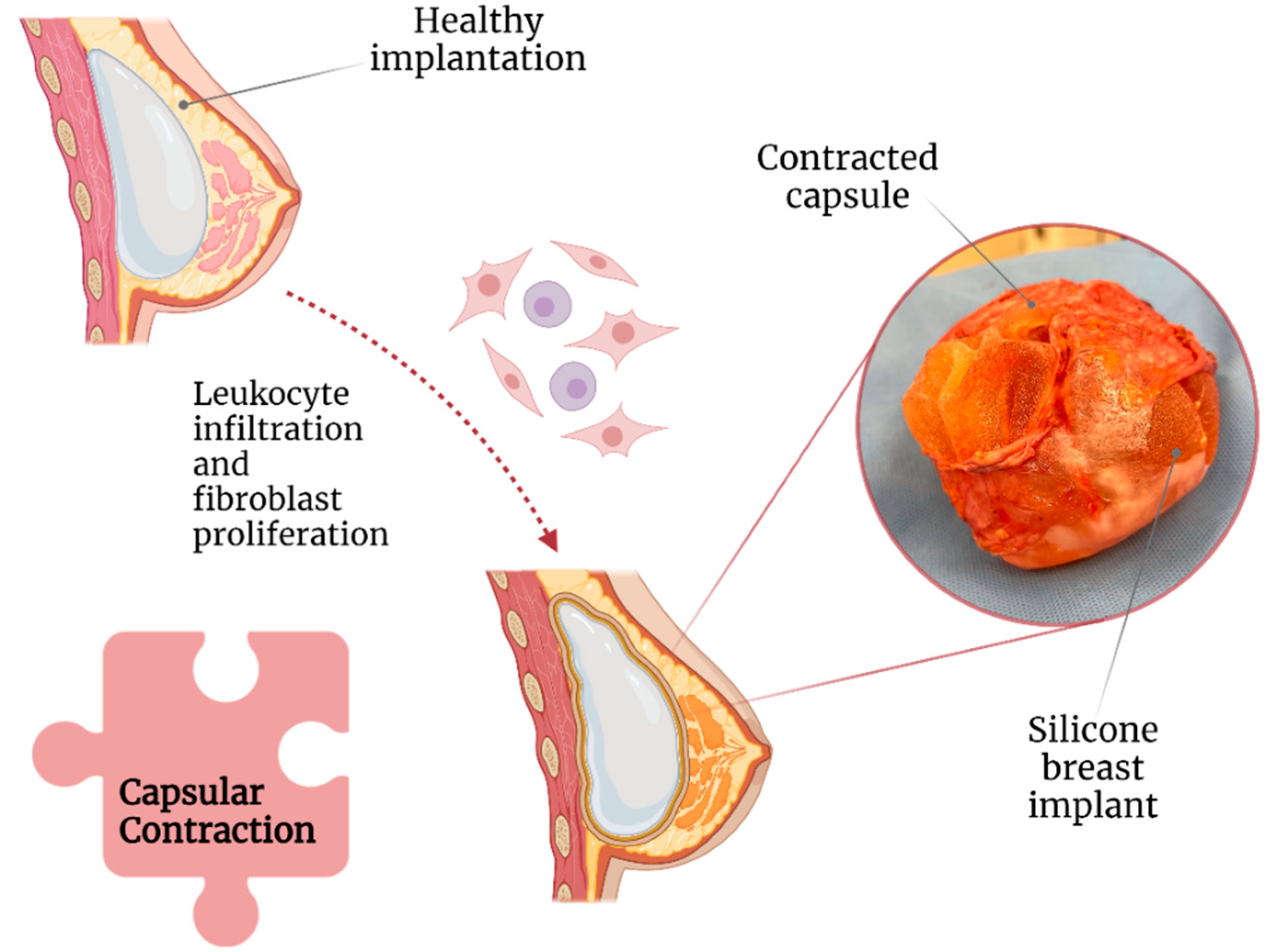 Textured implants were introduced around 1970 in an attempt to reduce the incidence of capsular contracture [25]. Among the micropatterning techniques that were used, imprinted textured SBI has had the lowest rate of capsular contracture (3.8%) compared with foam (4.9%), salt-loss textured (5.27%), and smooth (15.5%) SBIs [27].
Nonetheless, compared with smooth SBI, a textured SBI has been highly associated with breast implant-associated anaplastic large cell lymphoma (BIA-ALCL) [28] (Figure 3). 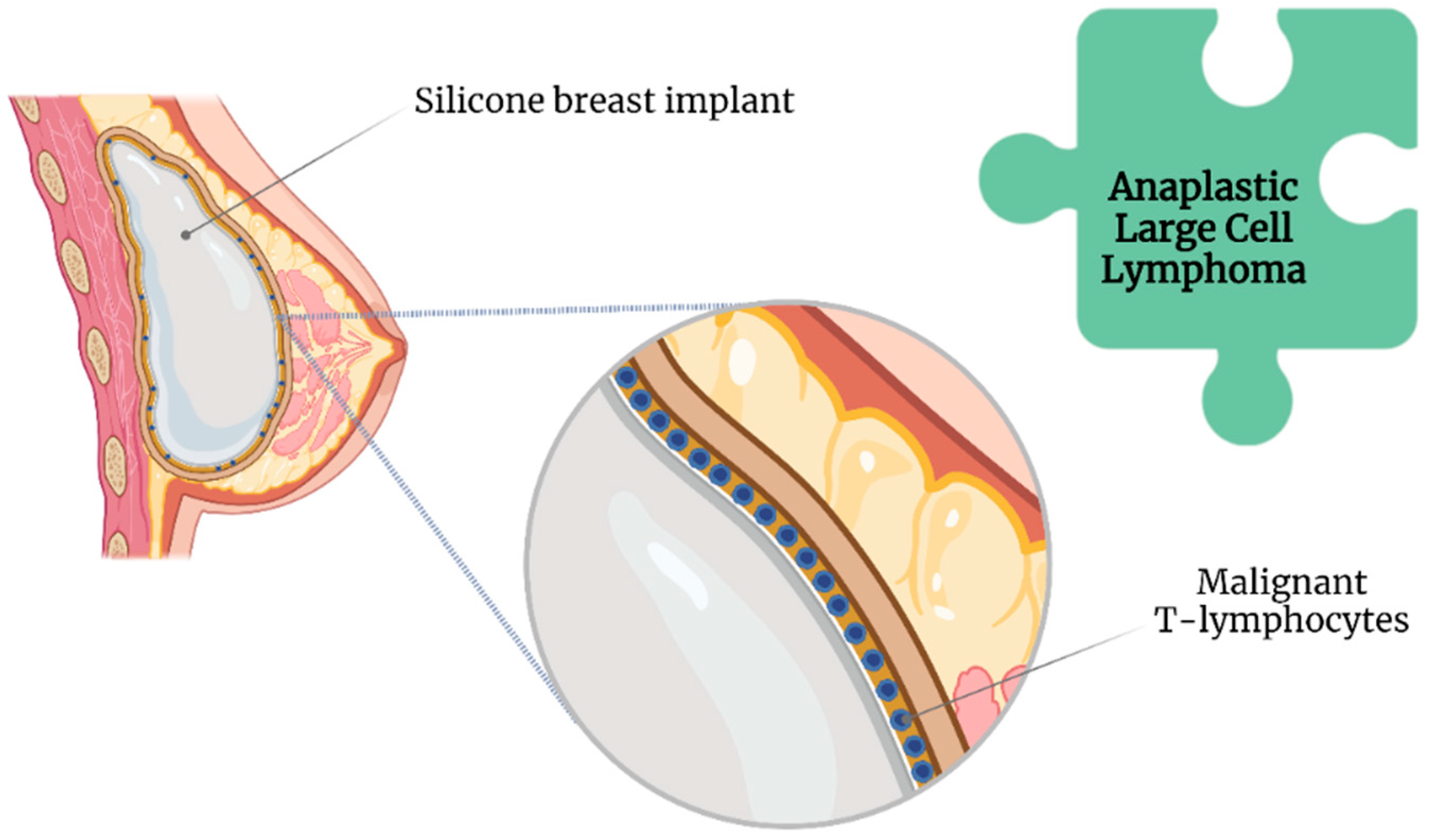 Figure 3. Association of anaplastic large cell lymphoma with breast implant illness.
The Food and Drug Administration has requested the withdrawal of all Biocell textured SBI because of this association [29]. Likewise, Allergan has issued a global recall of their implants [29]. However, the lifelong risk of developing BII ranges between 0.0017 and 0.028, even with an increased incidence of BIA-ALCL [30].
Although routinely performed, en bloc capsulectomy, consisting of complete SBI removal within the capsule along with a margin of healthy tissue [31], is only recommended in the presence of BIA-ALCL [32]. This recommendation is given because of the reported invasiveness as well as increased surgical risk, discomfort, recovery time, and the absence of proven additional benefits in patients with mild symptoms [33].
Furthermore, no current evidence indicates that a prophylactic capsulectomy reduces the risk of BIA-ALCL [34].

By definition, biofilms are colonies of one or more types of microorganisms living in symbiosis [35][36]. Unlike bacteremia, a biofilm does not present with the classic symptoms of infection as it induces a different immunological response [37]; this is more worrisome in the long term, as it involves chronic and significant immunological activation [38] unless the patient is immunosuppressed [39].
Biofilms further protect bacteria from host immune responses and antimicrobial therapy [40]. Extracellular insoluble polysaccharides secreted by microorganisms allow the adhesion of biofilms to the surface of prosthetic materials, such as SBI (Figure 4) [41]. However, biofilms are not exclusive to SBI [42]. 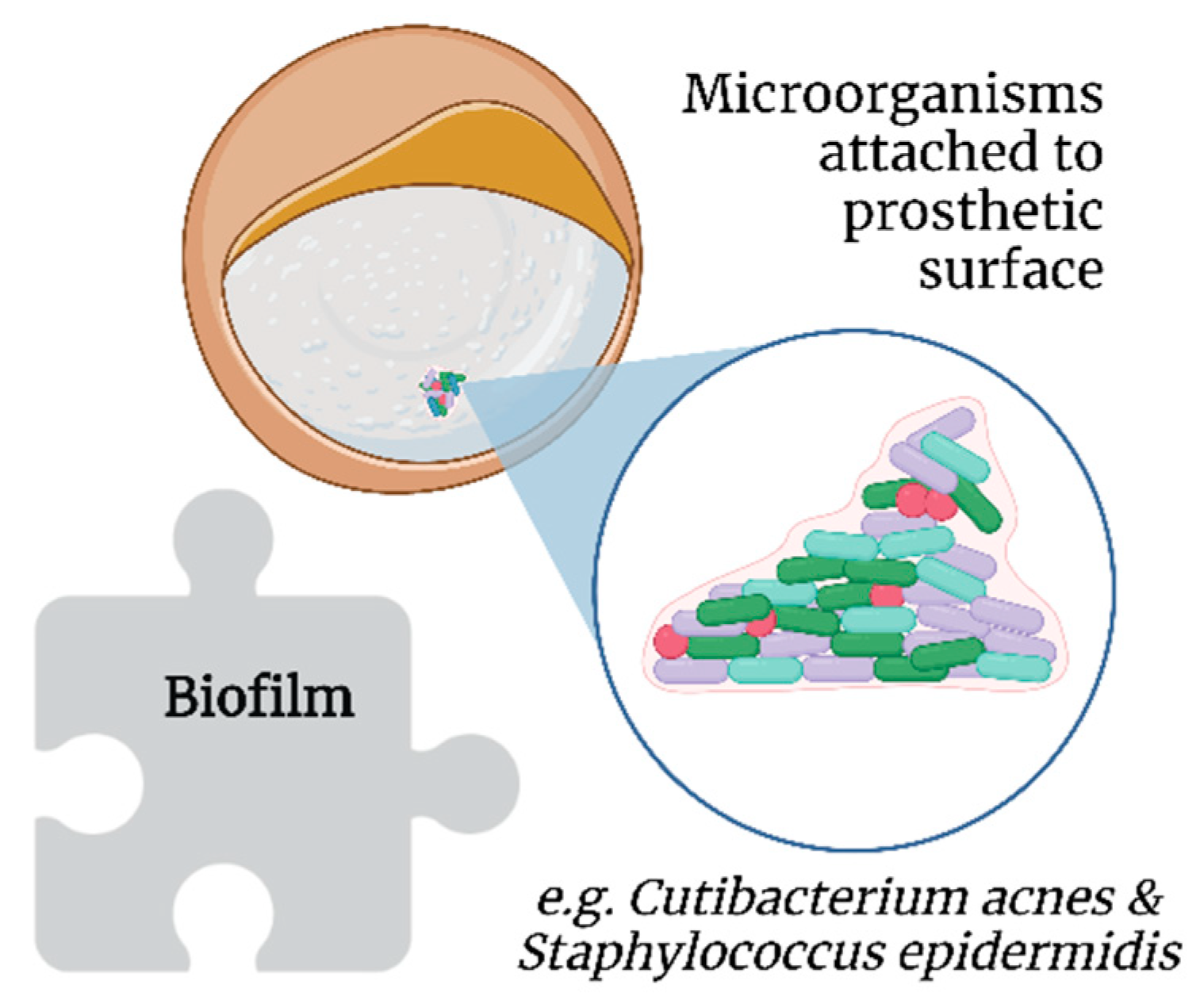 Figure 4. Association of biofilms with breast implant illness.
Cutibacterium acnes (formerly Propionibacterium acnes) and Staphylococcus epidermidis, which are part of breast microbiota, are common in implant biofilms [43]. Additionally, thicker biofilms have been observed on textured SBI in vitro, probably because of the increased surface area compared with smooth SBI [44]. Moreover, C. acnes has been posited to contribute to the development of BII, as its presence allows for persistent low-grade inflammation and resultant capsular contracture, which are two mechanisms proposed as key factors in the genesis and progression of BII [45].
Two comparative clinical trials reported a 10-fold decrease in capsular contracture with the use of antibiotic or antiseptic pocket irrigation during cosmetic breast surgeries, thus supporting the role of biofilms in capsular contracture [14][46][47]. Further, povidone-iodine [26] and chlorhexidine gluconate have been shown to reduce biofilm-related capsular contracture [48][49].

As in many other circumstances, the introduction of foreign material into the body increases the risk of infection [42]. Specifically, infections are reported in 2.6% of SBI surgeries, predominantly because of inoculation during the surgical procedure, followed by hematogenous or contiguous spread [11][13].
Several authors have reported chronic infections in SBI capsules [16][35][48]. Such infections can cause capsule growth and further contraction [50]. Chronic infections have been posited to play a role in the genesis of breast implant-associated anaplastic large-cell lymphoma [24][51].
Patients with chronically infected capsules or synovial metaplasia reportedly have the best symptom resolution after explantation [50]. Notwithstanding, false-negative results account for 30% of cases in the field of SBI swab testing [52]. Thus, techniques such as extended culturing protocols and sonication have been suggested [53], which have shown 20% higher sensitivity (81% vs. 61%) and 99% specificity for bacterial detection in other prosthetic infections compared to simple culturing techniques [52][54].

SBI surgery requires a specialized and highly detailed procedure that must consider certain biological aspects, including BII [19]. The role of autoimmune responses on the implant is a major concern associated with to BII [55][56][57][58]. Nevertheless, some authors are of the opinion that the term BII must be included with other autoimmune disorders or functional somatic syndromes [56][59][60][61].

3.1. The Immune Response to SBI

Somatic syndromes are predominantly characterized by subjective symptoms rather than clinical signs by a physician, such as tissue abnormalities or specific physical findings [59][61][62]. Frequent patient-reported symptoms of brain fog, mood disturbances, xerophthalmia, fever, paresthesia, and arthralgia, among others, after SBI surgery have led authors to coin the term “siliconosis” or “silicone reactive disorder” [19][56][61][63][64][65][66].
However, other authors posit these symptoms represent a subtype of an adjuvant-induced autoimmune syndrome, a broad term that includes BII and other implant-associated diseases [56][65], termed silicone implant incompatibility syndrome (SIIS) [67][68].
SIIS is presumed to share pathophysiological features with fibromyalgia [69]. The nociceptive stimulus (silicone) combined with extensive worries about the safety of the SBI can lead to disturbances in pain signaling pathways, with excessive neurotransmitter stimulation resulting in systemic complaints [70]. Additionally, cytokines released during chronic inflammation may lead to persistent alterations in dopaminergic pathways and basal ganglia, leading to persistent anhedonia, fatigue, and psychomotor slowing [71].
Silicone particles can be shed from the textured implants, leading to a chronic immunological stimulus in the body [33] (Figure 5). This theory is supported by the findings in the lymphoid tissue and thymus related to silicone-activated inflammasomes, cytokine production, and neutrophil and macrophage recruitment, even leading to granulomas [58][72]. 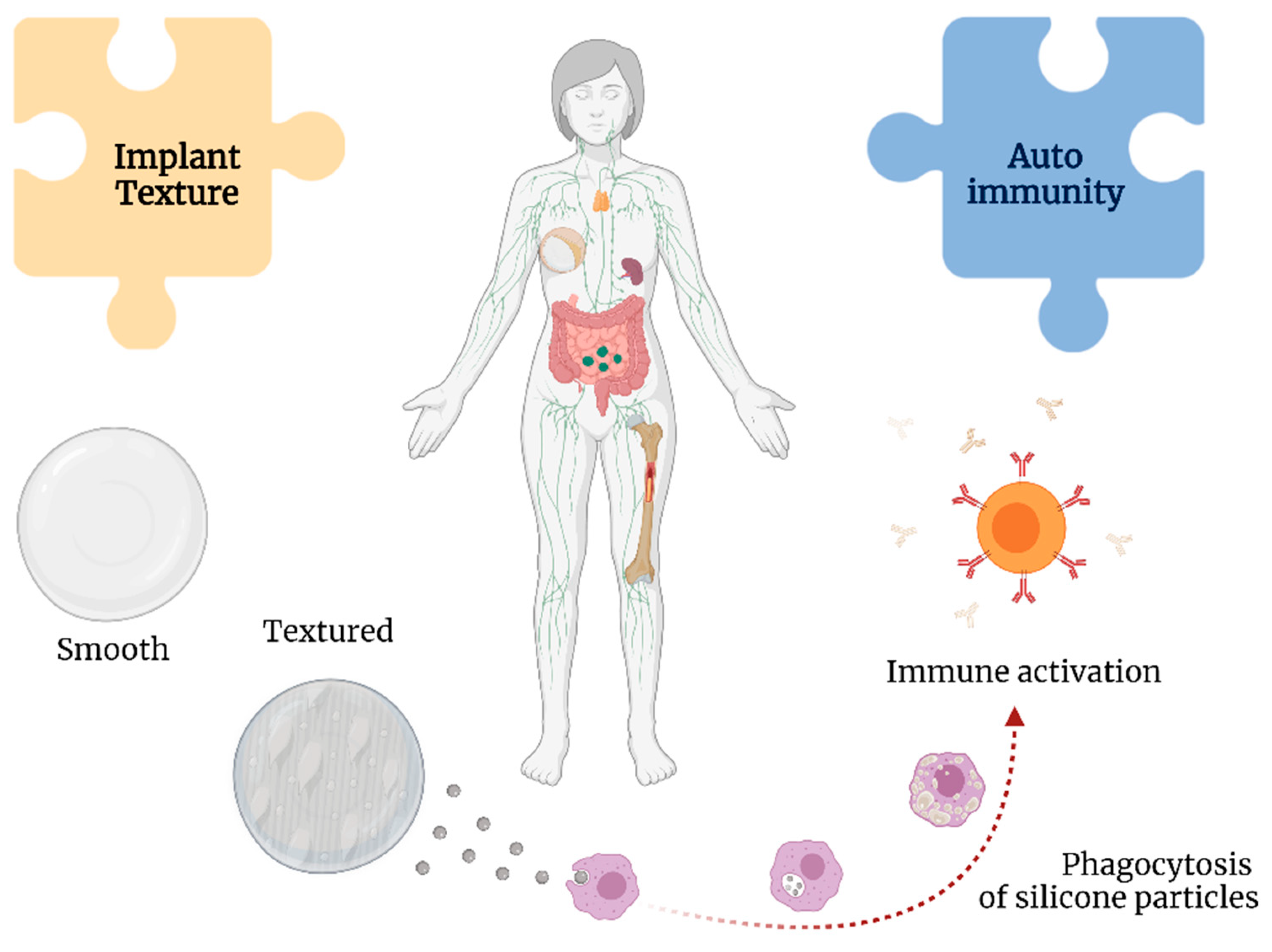 Figure 5. Associations between implant texture and autoimmunity with breast implant illness.
Shedding from the implant may result in the formation of silicone-induced granuloma of the breast implant capsule. This condition is posited to represent autoimmune syndrome induced by adjuvants (ASIA), with the adjuvants in this instance being silicone [73]. This leads to the activation of macrophages and increased levels of interleukin-1β and reactive oxygen and nitrogen species [74].
Moreover, silicone particles can elicit a type 2 inflammatory response and increase levels of immunoglobulins G1 and E [75], resulting in the chronic activation of fibroblasts, myofibroblasts, and T lymphocytes contributing to increased collagen deposition and, ultimately, capsular contracture [76].
The surface charge of nanoparticles may play an important role in their cytotoxicity [77]. Silicone particles have been shown to decrease phagocytosis, induce the production of intracellular reactive oxygen species, and reduce mitochondrial metabolic activities [78]. Multiple studies have demonstrated the development of autoantibodies in response to silicone implants, such as anti-nuclear antibodies and rheumatoid factor, suggesting a persistent antigenic role of SBI [70][79].
These findings are highly suggestive of silicone lymphadenopathy, a condition that pathologically resembles and is often misdiagnosed as cancer or other immune-mediated pathologies [56][80][81][82][83]. Research has also suggested that ASIA involves an interplay between immunogenetic factors, such as human leukocyte agent, as well as environmental factors, such as smoking and obesity [84].

A number of other functional somatic syndromes with an unclear etiology share common symptoms with BII, such as chronic fatigue syndrome and fibromyalgia [59][60]. A previous study demonstrated that the presence of these syndromes as well as a chronic disease and advanced age were independent predictors for the development of BII-related symptoms [55].
The role of SBI in the genesis or worsening of connective tissue disorders has been previously reported [64]. Specifically, a study including 220 women with SBI and 879 women without SBI reported a relative risk of 1.24 for any connective tissue diseases in women with SBI compared with the general population [85]. Moreover, the relative risk for explantation was 5.6-fold higher in patients meeting the major criteria for adjuvant-induced autoimmune syndrome and 4.3-fold higher for those meeting the minor criteria [86].

3.3. Explantation and Reported Symptoms of BII

Rohrich et al. reported improved musculoskeletal symptoms, mental health, and body image after explantation [87]. Likewise, de Boer et al. demonstrated improvements in symptoms of fatigue, arthralgia, and myalgia as well as in memory and sleep disturbances in 76% of patients after explantation [88]. A recent study by Miseré and van der Hulst reported subjective improvements in complaints in 60% of patients [22]. Similar findings have been reported by other authors as well [61][89][90][91][92][93][94][95], suggesting that a decreased inflammatory response and elimination of the nociceptive stimulus explains the improvements in highly symptomatic patients after explantation [87][88].
Another study revealed that only patients with elevated serologic markers of autoimmune disorders experienced a short-lived improvement in symptoms after explantation; however, symptoms recurred within the first 6–12 months postoperatively, whereas patients with a previously diagnosed autoimmune disorder showed no improvement in symptoms [62][95]. These findings are supported by a recent systematic review [88].
The relationship between autoimmunity, connective tissue diseases, and SBI remains controversial [30][96][97], with many studies indicating ambivalent results regarding the role of SBI in autoimmunity [98][99], whereas others conclude that there is no objective supporting evidence [30][100].

More
© Text is available under the terms and conditions of the Creative Commons Attribution (CC BY) license; additional terms may apply. By using this site, you agree to the Terms and Conditions and Privacy Policy.
Upload a video for this entry
Information
Subjects: Surgery
Contributors MDPI registered users' name will be linked to their SciProfiles pages. To register with us, please refer to https://encyclopedia.pub/register :
Carlos Daniel Varela-Chinchilla
,
Plinio A. Trinidad-Calderón
,
Gabriel Salinas
,
Nancy de los Ángeles Segura-Azuara
View Times: 315
Revisions: 2 times (View History)
Update Time: 26 May 2022
Table of Contents
1000/1000
Hot Most Recent