+1 point
Thank you for your contribution! You can also upload a video entry related to this topic through the link below: https://encyclopedia.pub/user/video_add?id=20679
Check Note
2000/2000
Experimental Models of Takotsubo Syndrome

Takotsubo syndrome (TTS) is identified as an acute severe ventricular systolic dysfunction, which is usually characterized by reversible and transient akinesia of walls of the ventricle in the absence of a significant obstructive coronary artery disease (CAD). Patients present with chest pain, ST-segment elevation or ischemia signs on ECG and increased troponin, similar to myocardial infarction. Currently, the known mechanisms associated with the development of TTS include elevated levels of circulating plasma catecholamines and their metabolites, coronary microvascular dysfunction, sympathetic hyperexcitability, inflammation, estrogen deficiency, spasm of the epicardial coronary vessels, genetic predisposition and thyroidal dysfunction.

Takotsubo syndrome (TTS), also known as Takotsubo cardiomyopathy (TTC) or broken heart syndrome or stress-induced cardiomyopathy, is a type of acute heart failure syndrome characterized by an acute, transient and reversible left ventricular (LV) systolic dysfunction with apical ballooning and ST-segment elevation or T-wave inversion in the absence of obstructive coronary artery disease (CAD), which is often associated with emotional or physical stress [1][2]. TTS has been reported in adults of all ages and even in children [3]. TTS was first described in Japan in 1990, in five cases of typical cardiac arrest patients suffering from chest pain with abnormal electrocardiogram, similar to acute myocardial infarction (AMI), but without evidence of coronary artery stenosis on angiography (CAG) [4]. Importantly, the major criteria to differentiate TTS from AMI are the absence of significant obstructive CAD contributing to the extent of contraction abnormalities [5][6], and the recovery of the wall motion abnormality and ejection fraction abnormality. TTS and neurogenic stunning (NS) share many common features, although there are differences in the clinical and laboratory features between them [7][8]. For example, apical hypokinesia is more common in Takotsubo, whereas basal hypokinesia is typical of patients with NS [9]. The development of neurogenic cardiomyopathy (NC) is mainly associated with an elevated plasma norepinephrine (NE) level, which is mediated by neuronal NE rather than adrenal epinephrine (EPI) [10]. Both a surge in catecholamine secretion in the first hour of brain death and a deficiency in the following hours are causes of cardiac stunning and altered vascular reactivity in NS [11].
The suggested mechanisms associated with the development of TTS include elevated levels of circulating plasma catecholamines and its metabolites, coronary microvascular dysfunction, sympathetic hyperexcitability, inflammation, estrogen deficiency, basal hypercontractility with left ventricular outflow tract obstruction and signal trafficking/biased agonism, spasm of the epicardial coronary vessels, genetic predisposition and thyroidal dysfunction [12][13][14][15][16][17]. Since the pathogenesis of TTS contains probably a combination of multiple factors, the precise pathogenesis of TTS is difficult to fully explore. Contemporary analyses show that 20–25% of TTS patients have received beta-blocker drugs during their initial event and 40% during a second episode. However, no drug treatment has been found to be effective to prevent the recurrence or improve the outcome of TTS [18]. The lack of optimal treatment for TTS leads to the necessity of the application of experimental models or platforms for studying TTS. Several models, mainly focusing on animal models and human-induced pluripotent stem cell-derived cardiomyocyte (hiPSC-CM) models, have been used to simulate the disease and investigate possible pathogenic mechanisms. Each model has its own advantages and disadvantages.

The hiPSC-CM possess a lot of advantages in modeling genetic cardiac disorders like long-QT syndrome, short QT syndrome, arrhythmogenic right ventricular cardiomyopathy (ARVC), Brugada syndrome and familial hypertrophic cardiomyopathy (HCM) [50][51][52][53][54][55][56][57][58][59][60]. First, hiPSC-CMs possess a human gene background, avoiding possible effects resulting from the gene differences between humans and animals. Second, hiPSC-CMs provide a better tool for cardiac drug screening and ion channel research compared with Xenopus oocytes, human embryonic kidney (HEK) cells and Chinese hamster ovary (CHO) cells, which lack cardiac ion channel macromolecular complexes. Third, disease-specific or person-specific hiPSC-CMs can be generated, and patient-specific mechanistic study and drug testing can be performed, suggesting their significance for precision medicine. Additionally, genome editing combined with patient-specific iPSC-CMs has allowed exploring the genotype–phenotype correlation of unknown gene mutations or variants in patients.
So far, only several TTS-relating studies using hiPSC-CMs have been reported [61][62][45]. In the last few years, TTS was not regarded as a genetic disease. However, increasing evidence suggests the involvement of genetic factors in TTS. For example, highly relevant variants, such as RBM20, encoding RNA-binding motif protein 20, or CASQ2, encoding calsequestrin 2, exist in TTS patients [63]. Furthermore, acquired long QT syndrome has been described in up to 70% of TTS cases and is associated with life-threatening arrhythmias (LTA) triggered by concomitant atrial fibrillation. El-Battrawy et al. used hiPSC-CMs to investigate the toxic effects of catecholamine on cellular electrophysiological properties and the protective effects of estrogen, finding that estrogen may reduce the sensitivity of cardiomyocytes to catecholamine by reducing adrenoceptor expression [14]. The pathogenesis process of arrhythmias was induced by catecholamine excess, which caused the overstimulation of adrenoceptors, increase in ROS production, ion channel dysfunction (enhancement of late INa), APD/QT prolongation and tachyarrhythmias. Their study suggests that ROS-blocker, β-blocker and late sodium channel blocker may be potential alternatives to treat arrhythmias induced by catecholamine excess.
Another TTS model in hiPSC-CMs was developed with high doses of epinephrine, identifying that G1/estrogen (E2) alleviated epinephrine-induced cardiac damage via reducing the brain natriuretic peptide in plasma and released lactate dehydrogenase into the culture supernatant [45]. Huang et al. used a toxic concentration of epinephrine to mimic the setting of TTS, finding that high concentrations of epinephrine prolonged APD and induced arrhythmia events [62]. The effect of epinephrine was attenuated by alpha-adrenergic receptor blockers phentolamine [62]. An activator of alpha-1, but not alpha-2, receptor mimicked epinephrine effects, indicating that the alpha-1 receptor contributes to arrhythmogenesis of TTS. Further, it was revealed that NADPH-ROS-PKC signaling mediated the effects of the alpha-1 receptor [62][64], which may provide new insights for the treatment of TTS.
Of note, whether hiPSC-CMs from TTS patients can recapitulate some features of the disease need to be investigated. Borchert et al. used, for the first time, hiPSC-CMs generated from two TTS patients for the study, revealing that β-adrenergic signaling, including the cAMP response and cAMP-dependent PKA activity, was increased in TTS-iPSC-CMs after treatment with high levels of catecholamines [63]. The enhanced β-adrenergic signaling in TTS-iPSC-CMs under catecholamine-induced stress increased the cardiac stress marker NR4A1 expression [63]. These data strongly support applications of hiPSC-CMs for TTS studies and also suggests the possible involvement of genetic factors for the pathogenesis of TTS. Catecholamine-treated hiPSC-CMs or TTS-specific iPSC-CMs mimicked features consistent with those found in individuals with TTS. Additionally, TTS-iPSC-CMs provide a promising and reliable cell source for elucidation of the pathophysiological mechanism, drug screening, ion channel research and gene function research (Figure 1). 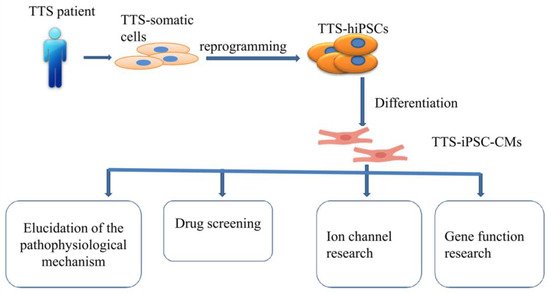 Figure 1. Overview of human-induced pluripotent stem cell-derived cardiomyocyte (hiPSC-CM) model.
However, hiPSC-CMs have several limitations, such as a lack of t-tubular network, polygonal shapes and rhythmic automaticity. Importantly, to overcome the limitations of a relatively immature fetal-like phenotype of hiPSC-CMs, extending the cell culture time [65], using a medium containing galactose and fatty acids [66], electrical field stimulation [67], electric pacing and mechanical stimulation [68], extracellular matrix [69] and 3D cardiac tissue with electric stimulation [70] have been used to improve the maturity of hiPSC-CMs.
HiPSC-CMs can overcome the limitations of artificial animal or other in vitro TTS models. Therefore, hiPSC-CMs provide a very helpful and easily available disease research model for translational medicine, which can bridge the gap between basic research and clinical disease.

In addition to hiPSC-CMs, H9C2 cells can also be used to study the pathophysiological mechanism of TTS. Pretreatment with Tempol can reduce the production of reactive oxygen species and the deposition of lipid droplets and protect the mitochondrial function by reducing mitochondrial swelling, which provides a theoretical basis for Tempol to prevent isoproterenol-induced TTS [46]. Additionally, a computational model of the rat LV in TTS was used to investigate the mechanisms of the typical shape of the ventricle observed in TTS, finding that three potential dominant mechanisms are related to the effects of β-adrenergic stimulation, for example, the apical–basal variation of calcium transients, apical–basal variation of calcium sensitivity and apical–basal variation in maximal active tension [71]. The data from computational models can be used to interpret future experimental data and provide a theoretical basis for basic experiments.
At present, from the study of TTS models, scientists have demonstrated that some known mechanisms related to the pathogenesis of TTS from those models include a surge in catecholamines, endothelial dysfunction, estradiol levels, coronary microvascular dysfunction, apoptosis in CMs, etc. However, the animal or cell models of TTS that can mimic the characteristics of clinical TTS are limited. Importantly, researchers have made a certain level of discoveries from animal models to cellular models, which provides strong evidence for elucidating the pathophysiological mechanism of TTS (Table 1).
Table 1. Experimental models for TTS.

More
© Text is available under the terms and conditions of the Creative Commons Attribution (CC BY) license; additional terms may apply. By using this site, you agree to the Terms and Conditions and Privacy Policy.
Upload a video for this entry
Information
Subjects: Cardiac & Cardiovascular Systems
Contributor MDPI registered users' name will be linked to their SciProfiles pages. To register with us, please refer to https://encyclopedia.pub/register :
Xuehui Fan
View Times: 109
Revisions: 2 times (View History)
Update Date: 17 Mar 2022
Table of Contents
1000/1000
Hot Most Recent