Submitted Successfully!
Thank you for your contribution! You can also upload a video entry related to this topic through the link below:
https://encyclopedia.pub/user/video_add?id=17717
Check Note
2000/2000
Ocean Wave Power Generation Systems
Edit
Upload a video
This entry is adapted from 10.3390/en15010102

According to the theory of mechanical vibration, only when the wave power generation system resonates with the ocean wave can the energy of the ocean wave be converted into electric energy to the greatest extent.

1.1. Tested in the Shoreline

An example of the ocean wave power generation system installed on the shoreline is the Wavegen Limpet. The system has a power capacity of 500 kW, and is installed on the island of Islay, Scotland [2]. Wavegen Limpet is the world’s first commercial ocean wave power generation system connected to the British National Grid. Figure 1 shows a sketch of Wavegen Limpet, which has two Wells turbine generators. The rise and fall of water column drive air into and out of the wells turbine generator through the pressure chamber. Regardless of the direction of air flow, the well turbine generator can be rotated in the same direction. Therefore, without considering the direction of the generator current, the ocean wave energy can be converted into electrical energy [3]. 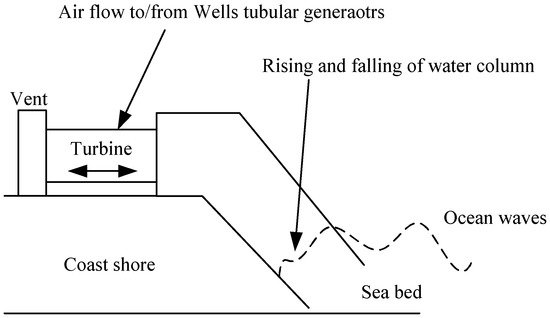 Figure 1. Sketch of Wavegen Limpet.
The prototype of the Wavegen Limpet has been constructed and tested in several other countries—such as Japan, Norway, Australia, China, and so on. Besides, an ocean wave power generation system equipped with 16-well turbine generators was installed on the shoreline of Biscay, Spain [4].

A representative prototype of an ocean wave power generation system installed near the shore is Archimedes Wave Swing (AWS). The concept of AWS originated from F. Gardner and H. van Breugel [5]. Figure 2 shows the sketch of AWS. Generally, the AWS is a completely submerged cylindrical ocean wave power generation system, the basement part is fixed on the sea bed, and the buoy is connected with the piston of the linear generator. During the operation process of the AWS, the buoy can be pushed down by the wave crest (the pressure of wave crest is larger than the buoyancy of buoy), or it can be pushed up by the wave (the pressure of wave though is smaller than the buoyancy of buoy). Therefore, the buoy can reciprocate with respect to the basement part, thereby driving the piston parts of linear generator to convert ocean wave energy into electrical energy. 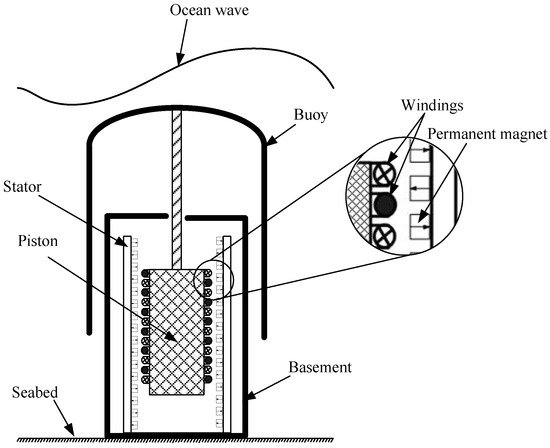 Figure 2. Sketch of AWS.
In order to verify the feasibility of the AWS, some small-scale prototypes of AWSs were tested. In 2004, an AWS pilot plant was installed near the northern shore of Portugal [6]. The experimental results indicate that the AWS was proved to be feasible near a shore exposed to ocean waves.
H. Polinder et al. designed and built a double-sided permanent magnet linear synchronous generator (PMLSG) to improve the performance of AWS, as shown in Figure 3. In Figure 3, the permanent magnets is installed on the PMLSG’s stator, the translator (piston) moves inside the stator, and the permanent magnets of the stator generates a varying flux, which induces voltage in the windings of the translator. The PMLSG has the advantages of high force density, reasonable efficiency, and low manufacturing costs [7]. 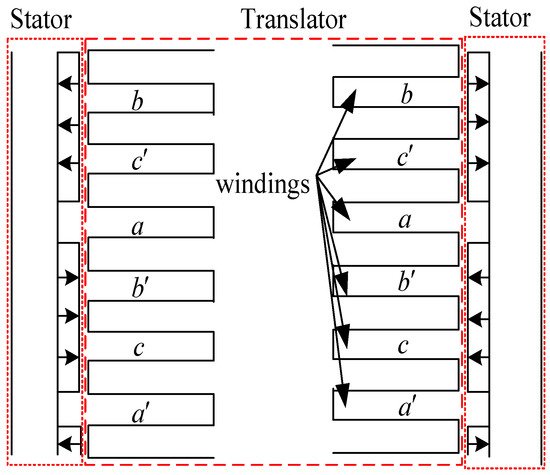 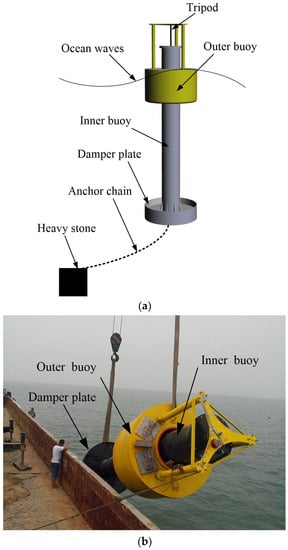 Figure 4. The two-buoy offshore ocean wave power generation system. (a) General scheme; (b) Installation process.
Due to the depth below the ocean’s surface being greater, the amplitude of motion of the ocean waves in the vertical direction is smaller. Therefore, the relative motion of two buoys in the vertical direction occurs (the bottoms of the inner buoy and outer buoy below the sea level are different, see Figure 4a), which drives the linear generator to convert ocean wave energy into electrical energy [10].
In August, 2014, the two buoys offshore ocean wave power generation system was installed in the East China Sea (see Figure 4b). According to the experimental results, the maximum instantaneous power is 2.3 kW, and the average power is about 1 kW [10][11].
Besides, another type of offshore ocean wave power generation system is Pelamis, which was designed by the British Ocean Power Delivery Ltd. (Edinburgh, UK), and tested in Agucadoura Wave Park, Portugal [12]. Figure 5 shows the structure of Pelamis, which consists of several buoys, hinged joints, generators, and an anchor. During operations, the relative vertical direction motions of buoys were restricted by the hinged joints, and drive the generators to convert ocean wave energy into electrical energy (the generators were installed in the hinged joints). Pelamis has the advantages of high power capture/unit weight, and was the first offshore ocean wave power generation system to convert ocean wave energy into the grid.

Figure 5. Structure of the Pelamis. 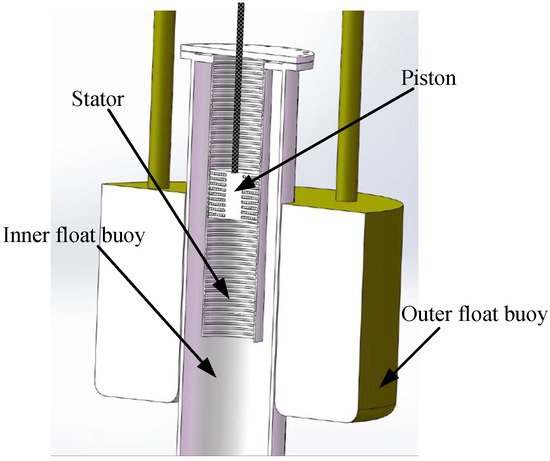 More
© Text is available under the terms and conditions of the Creative Commons Attribution (CC BY) license; additional terms may apply. By using this site, you agree to the Terms and Conditions and Privacy Policy.
Upload a video for this entry
Information
Subjects: Engineering, Marine
Contributor MDPI registered users' name will be linked to their SciProfiles pages. To register with us, please refer to https://encyclopedia.pub/register :
Chen Zhongxian
View Times: 123
Entry Collection: Environmental Sciences
Revisions: 2 times (View History)
Update Time: 04 Jan 2022
Table of Contents
1000/1000
Hot Most Recent