Submitted Successfully!
Thank you for your contribution! You can also upload a video entry related to this topic through the link below:
https://encyclopedia.pub/user/video_add?id=16421
Check Note
2000/2000
Immunological Mechanisms of Vaccine-Induced Protection against SARS-CoV-2 Infections
Edit
This entry is adapted from 10.3390/immuno1040032

SARS-CoV-2 is attached to host cells via binding to the viral spike (S) proteins and its cellular receptors angiotensin-converting enzyme 2 (ACE2). Consequently, the S protein is primed with serine proteases TMPRSS2 and TMPRSS4, which facilitate the fusion of viral and cellular membranes result in the entry of viral RNA into the host cell. The long-term protective immunity is provided by the vaccine antigen (or pathogen)-specific immune effectors and the activation of immune memory cells that can be efficiently and rapidly reactivated upon pathogen exposure.

As an initial line of protection, vertebrates use innate immunological responses as their defensive systems. The innate immune response performs three primary functions: (i) limiting viral replication within infected cells, (ii) inducing an antiviral state in the immediate tissue environment, along with the recruitment of innate immune effector cells, and (iii) priming the adaptive immune response [1][2]. Pathogen recognition receptors (PRRs) distinguish microbial components known as pathogen-associated molecular patterns that are likely to be required for the survival of the microorganism. PRRs are expressed constitutively in the host and recognize infections or their intermediate products throughout the pathogen’s life cycle. PRRs react with distinct microbial components different from the self and activate specific signaling pathways that drive biological responses against pathogens [3][4]. In the case of RNA viruses, the mammalian host’s innate immune response has two primary routes for controlling viral infections. One includes signaling pathways mediated by TLR 3, 7 or 9 in response to detection of the viral DNA or its intermediates. The other is carried out by cytoplasmic RNA helicases such as melanoma differentiation-associated gene 5 (MDA5) or retinoic acid-inducible gene I (RIG I), which may detect 5′ triphosphorylated and double viral RNAs as well as stimulate the host antiviral innate immune system [5][6]. Several observations highlight the critical role of innate immunity in SARS-CoV-2 regulation. Human coronaviruses such as SARS, MERS, and SARS-CoV-2 have acquired specific immune-suppressive mechanisms such as a part of the viruses’ genetic material is committed to code for the proteins that particularly target human innate immunity systems, prominently IFN response pathways by blocking TLR3/7 signaling [7][8]. The innate immune system also triggers activates the adaptive immune responses, which act together just to eradicate infections [2]. However, adaptive immune responses are more specific and provide long-term protection from reinfection with the same type of pathogen [1].

Human SARS-CoV-2 infection appears to include both humoral as well as cell-mediated immunity [9][10]. Antibody molecules produced by plasma cells mediate the humoral immune response. When antigen attaches to the B-cell antigen receptor, it alerts B cells while also being internalized and processed into peptides that activate the armed helper [11]. In cell-mediated immune responses, the second kind of adaptive immune response activated T cells directly respond to a foreign antigen presented to them on the surface of a host cell. For example, a virus-infected host cell bearing viral antigens on its surface may be destroyed by a T cell, eliminating the infected cell before the virus has a chance to reproduce. In other cases, the T cell secretes signal molecules that stimulate macrophages to destroy the intruders they have phagocytized [1]. Adaptive immunity involves the coordination of T and B cell immune responses to the SARS-CoV-2 virus. Immune responses to the SARS virus begin within 7–10 days after infection [12]. Early responses to COVID-19 infection include IgM and IgA, although it is unclear whether they can alter the course of the illness [13][14][15]. First, early IgG responses emerge from germinal centers after T follicular cells stimulate naïve B cells, which develop into activated B cells, which then differentiate into B memory cells and IgG generating plasmablasts. B memory cells and long-lived plasma cells in the bone marrow can reactivate antigen-specific responses against SARS-CoV-2 pathogen if exposed again. Moreover, this overlooks the importance of T cell memory for COVID-19 antigenic determinates, which can lead to efficient cytotoxic T cell immunity and aid in B cell responses [16].

The usage of nucleic acid-based vaccines is a new method of vaccination that induces immune responses comparable to those elicited by live, attenuated vaccines. When nucleic acid vaccines are administered, the endogenous production of viral proteins having native conformation, glycosylation patterns, and other posttranslational modifications that match antigen generated during normal viral infection occurs. To date various protein antigens, nucleic acid vaccines have been demonstrated to elicit both antibody and cytotoxic T-lymphocyte responses. The convenience of the vector, ease of administration, the longevity of expression, and evidence of integration are the advantages of nucleic acid-based vaccines. More research is needed to determine the practicality, safety, and efficacy of this novel and promising technique [17]. Nucleic acid vaccines, at their most basic, use the host’s transcriptional and translational machinery to create the target gene product. This polypeptide product is then identified by immune system components. The initial research focused on the absorption of plasmid DNA by myocytes. Despite the fact that myocytes can deliver antigen to immune cells, they are not the major activators of immune cells. An immune response is instead largely initiated by antigen presentation cells (APC) include dendritic cells (DC), B cells, macrophages, and Langerhans cells [18][19]. The most potent APC, dendritic cells acquire antigen via three major mechanisms. First, nucleic acid vaccines may be directly transfected into DC. Second, DC takes up soluble antigen produced or released by transfected cells from interstitial areas. Third, and probably most intriguingly, DC preferentially takes up damaged or dead cells as a result of the vaccination or its action [20]. 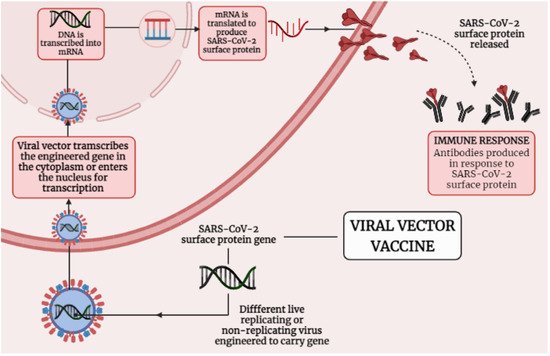 Figure 1. Shows the mechanism of Viral vector-based vaccine against SARS-CoV-2.

4. Vaccines and Its Role in Inducing Humoral Adaptive Immunity

Recent research has revealed that the novel SARS-CoV-2 virus employs a similar mechanism for cell entrance [27]. To connect to host cells, the viral S protein attaches to the angiotensin-converting enzyme 2 (ACE2), the viral receptor. The S protein is then primed by host cell proteases, furin, and the serine proteases TMPRSS2 and TMPRSS4, allowing viral and cellular membranes to fuse and viral RNA to enter the host cell [28]. Long-term protective immunity is supplied by vaccination antigen (or pathogen)-specific immune effectors and the activation of immunological memory cells that can be effectively and quickly reactivated in the event of pathogen exposure [29][30][31]. Most vaccines that have been approved thus far stimulate antibodies generated by B cells, which are believed to be responsible for the vaccine’s long-term protection [32][33]. Vaccine antigen and pathogen binding to B cell receptors (antibody in membrane-bound form) induces the production of an initial activation marker CD69 and also a chemokine receptor CCR7 that drives antigen-specific B cells onto secondary lymphoid tissue T cell zones [34][35][36][37]. Vaccine antigen-specific B cells are likely to engage with newly activated T cells and DCs, particularly follicular DCs with specific surface molecules, at this site (CD40, CD80, CD86). This T cell assistance accelerates B cell development into antibody-secreting, short-lived plasma cells that generate low-affinity germ-line encoded antibodies [37]. The development of neutralizing antibodies aimed towards spike protein is a key component of successful vaccination. This is the foundation for many clinical trials, as well as the creation of monoclonal antibody cocktails, which have proven crucial in COVID-19 treatments in the absence of a vaccine. However, nothing was known until recently about what constituted a successful immunological response to COVID-19. The architecture of antibodies targeting the SARS-CoV-2 receptor-binding domain (RBD) is an essential factor. Recent studies have demonstrated that antibodies bound to the receptor-binding domain RBD are important for long-term protective immunity against COVID-19 infection and are linked with improved patient survival [38][39][40][41]. Virus-neutralizing antibodies are largely responsible for the protection provided by presently available vaccinations. These antibodies often inhibit the virus’s contact with its cellular receptor or prevent the virus from undergoing the conformational changes necessary for fusion with the cell membrane. Vaccination’s objective is to generate long-term protective immunity, which is a feature of adaptive immunity.