A typical calcium phosphate nanocluster complex (Figure 1) comprises a core of several hundred molecules of amorphous calcium phosphate and a few tens of sequestering phosphoproteins or phosphopeptides. Solutions containing the nanocluster complexes can be either thermodynamically stable or may have a tendency to form a calcium phosphate-rich precipitate over time so they can be described as metastable or unstable, depending on the degree of instability. The core radius, chemical composition and shell thickness depend on the solution conditions and nature of the phosphopeptide. Sequestering phosphopeptides are intrinsically disordered and contain one or more short linear motifs, called CaP-SLiMs, which are the primary sites of interaction between the peptide and the core. 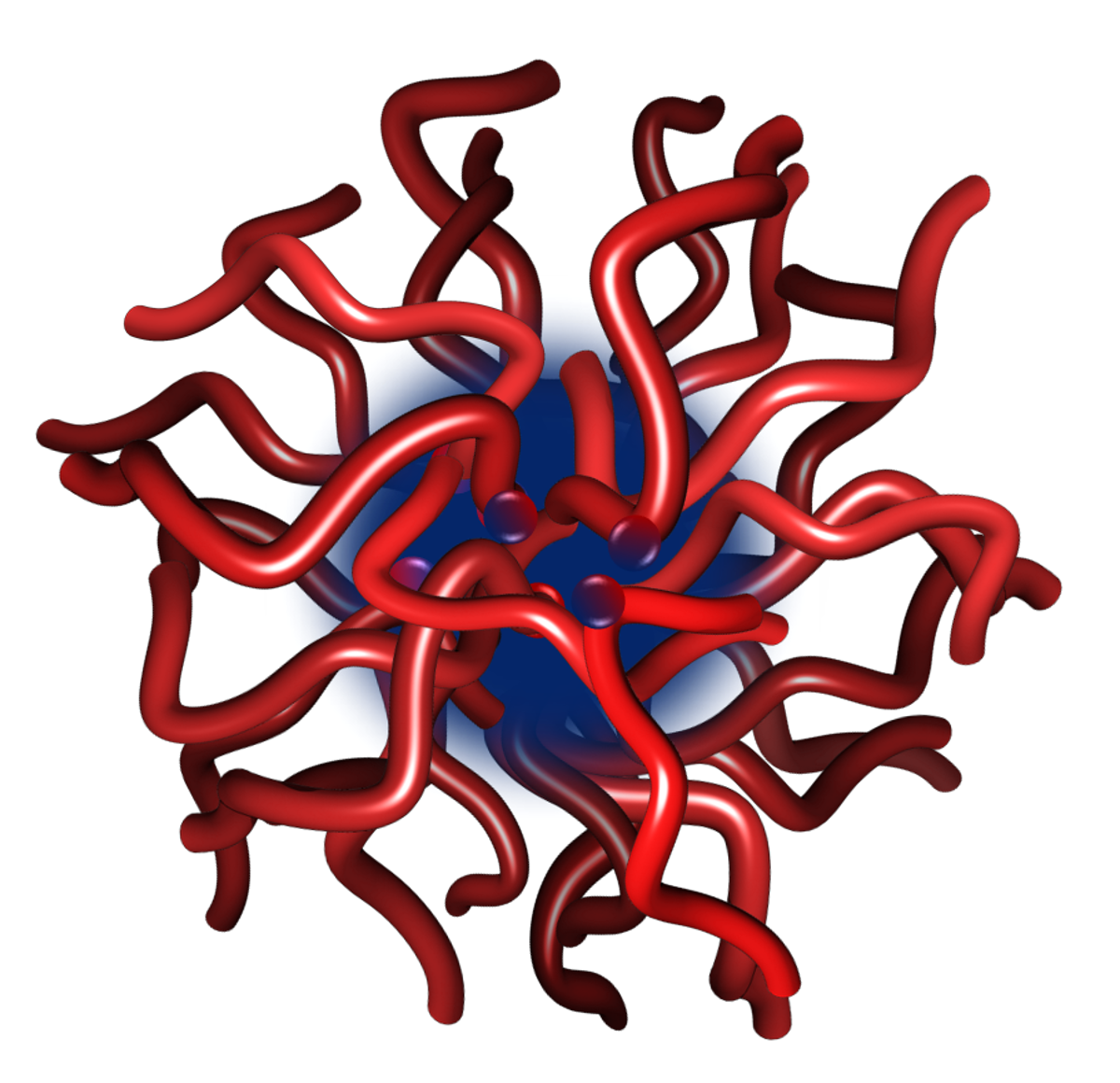 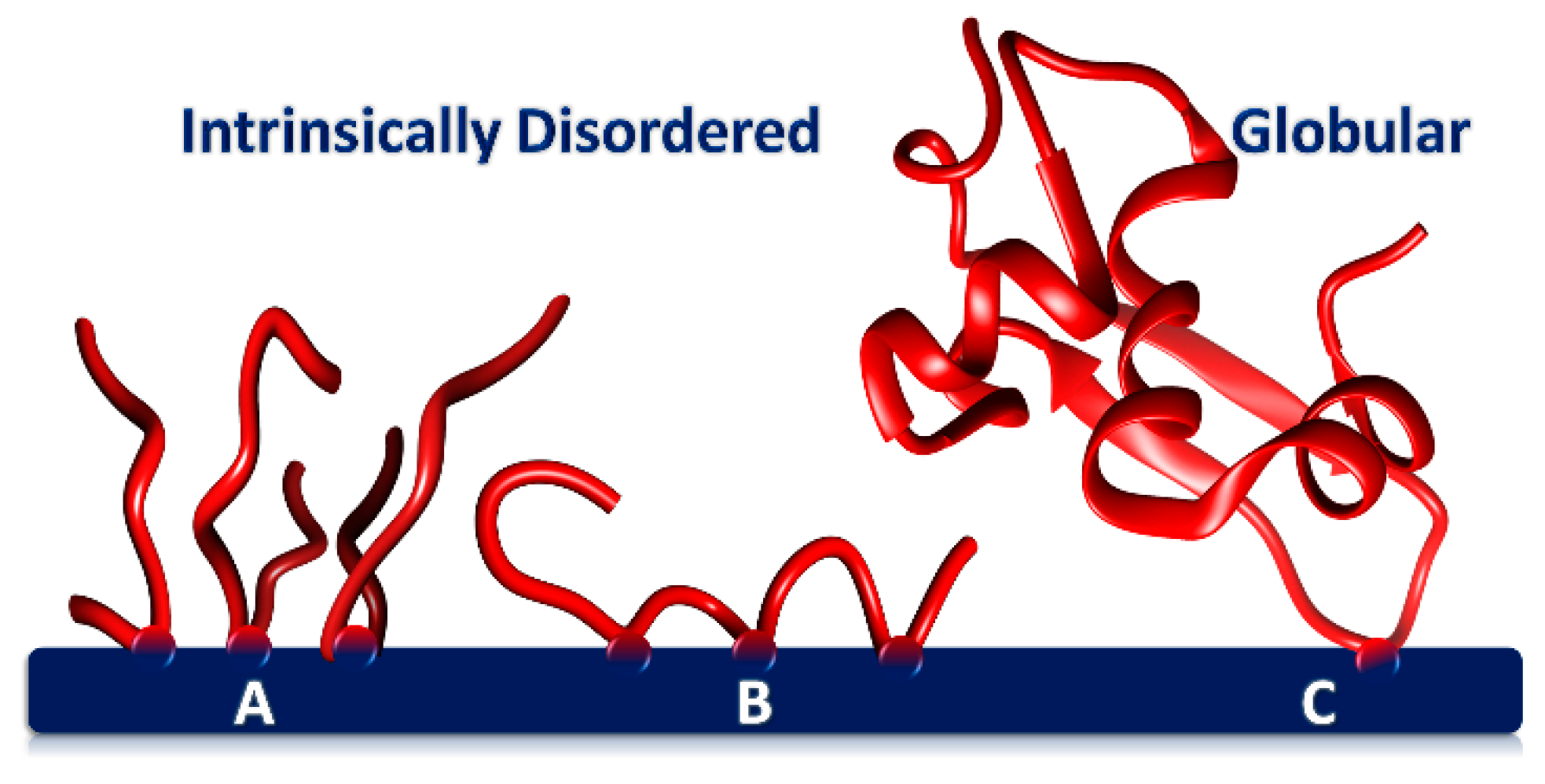 Figure 2. Phosphoproteins adsorbed onto a CaP surface through one or more CaP-SLiMs. (A) Tightly packed layer of flexible, short acidic peptides with a single CaP-SLiM (B) IDP with three CaP-SLiMs (e.g., osteopontin1–149) forming two loops and two trains. A protein such as phosphophoryn has many CaP-SLiMs and as a result adopts a more sessile conformation on the surface. (C) Globular protein adsorbed through a single CaP-SLiM but with a large footprint. Detailed physico-chemical measurements of the composition and solubility of the calcium phosphate in solutions containing the artificial nanocluster complexes have been made to allow a fairly complete and quantitatively precise model of the equilibria among the ions and proteins to be constructed. Among the findings is a relationship between the activities of the ions in the continuous phase which gives rise to an invariant ion activity product. The invariant ion activity product is analogous to the solubility constant that is present at equilibrium between an ionic macroscopic phase and a saturated solution of the constituent ions. Application of the model to milk[12]  gives accurate predictions of the partition of salts between the casein micelles and the continuous phase. The same type of calculations have been made for some other biofluids[13]. Some biofluids show an invariant ion activity product closely similar to that of a solution of nanocluster complexes formed with osteopontin phosphopeptides. In the review of Lenton et al.[14] physico-chemical principles governing the formation, composition, size, structure, and stability of the nanocluster complexes are described. Examples are given of complexes formed by casein, osteopontin, and recombinant phosphopeptides. Application of these principles and properties to blood serum, milk, urine, and resting saliva is described to show that under physiological conditions they are in the stable region of their stability diagram and so cannot cause soft tissue calcification. Stimulated saliva, however, is in the metastable region, consistent with its role in tooth remineralization. Destabilization of biofluids, with consequential ill-effects, can occur when there is a failure of homeostasis, such as an increase in pH without a balancing increase in the concentration of sequestering phosphopeptides.

Many organisms contain soft and mineralised tissues in intimate contact with each other, some, apparently permeated by the same biofluid. The periodontal ligament is a perfect example. It is a soft tissue lying between two highly mineralized tissues, bone and cementum, but is resistant to mineralization[19]. The importance of phosphoproteins in maintaining a balance between the tissue types (Figure 5) has long been realized[17][18]. Biofluids that contain stable calcium phosphate nanoclusters sequestered by phosphopeptides make it possible for soft and hard tissues to co-exist in the same organism with relative ease.  In the stable region of the stability diagram of a biofluid, amorphous calcium phosphate cannot precipitate.  because the solution lies in a local free energy minimum. Nevertheless, if the solution is brought into contact with hydroxyapatite, the crystalline phase will grow at the expense of the nanocluster complexes because it is thermodynamically more stable. High concentrations of calcium and phosphate can be brought to the mineralization front of a hard tissue in the form of stable calcium phosphate nanocluster complexes. 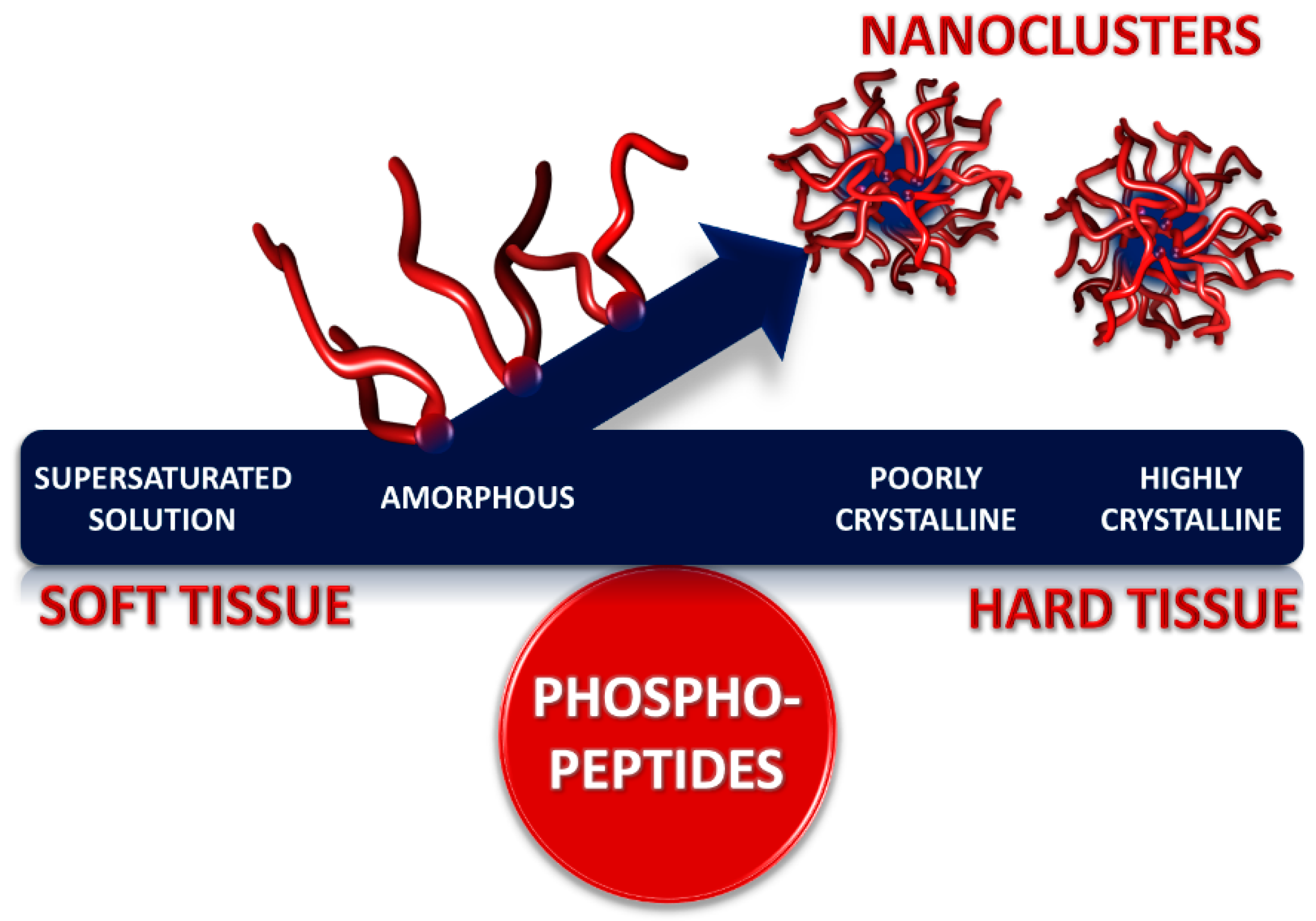 Figure 5. Maintaining a balance between soft and hard tissues: role of sequestered forms of amorphous calcium phosphate nanoclusters in the control of biocalcification. With excess of certain phosphoproteins or phosphopeptides, stable solutions containing calcium and Pi can remain in contact with soft tissues without causing the tissue to become calcified. The concentration of the nanocluster complexes can be arbitrarily high, as in milk. A similar solution, in contact with a hard tissue, such as bone or tooth, can act as a reservoir of ions for mineralization of the tissue.