Hydroxyurea (HU) is a non-alkylating agent administered for the management of different types of cancer or sickle cell disease. HU has a cytostatic action, blocking cell cycle in S-phase and also inducing double-stranded breaks in DNA. HU is generally well tolerated, however its widespread use has revealed the presence of adverse events related to tissues that have a high cellular turnover.

Hydroxyurea (HU; also known as hydroxycarbamide) is a non-alkylating agent orally administered for the management of different types of cancer, such as of melanoma, resistant chronic myelocytic leukemia and recurrent, metastatic, or inoperable carcinoma of the ovary. HU is also widely employed for treatment of chronic myeloproliferative neoplasms (MPNs).

HU is a non-alkylating agent that is widely employed for treatment of chronic MPNs. HU exhibits non-competitive inhibition of ribonucleotide reductase, which leads to the depletion of deoxyribonucleotides. As a result, DNA synthesis is interrupted and the cell cycle blocked in S-phase (Figure 1) [2]. As ribonucleotide reductase is involved in DNA repair, HU also induces double-stranded breaks in DNA [2].

Although HU is generally well tolerated, its widespread use, not only in MPNs, has revealed the presence of adverse events related to tissues that have a high cellular turnover due to the cytostatic action of HU. Multiple cutaneous alterations have been described in patients treated with HU. Among these, cutaneous ulcers and non-melanoma skin cancer lead to treatment discontinuation due to inacceptable toxicity with consequent modification of the treatment approach [1].

Figure 1. Mechanism of action of hydroxyurea.

3. Cutaneous Adverse Events Associated with Hydroxyurea in patients with MPNs[1]

Cutaneous ulcers, typically in the perimalleolar area, are probably an underestimated side effect of HU. The pathogenesis of these lesions is likely multifactorial, and the cytotoxic effects of HU on basal cells of the epidermidis, keratinocytes, and endothelial cells likely plays a key role. HU-induced macrocytosis has also been recognized as a possible cause of microvascular disturbance due to deformability of red blood cells in capillaries and reduced oxygenation of the basal layer of the skin[3]. On the other hand, MPNs induce alterations in both arterial and venous circulation, likely contributing to ischemia and delays in wound repair [3]. However, cutaneous ulcers may often occur after long-term treatment with HU and when patients show hematological response.

Non-melanoma skin cancer (NMSC) and actinic keratosis (AK) have been reported to be induced by HU. Impaired DNA repair upon exposure to HU leads to somatic mutations and chromosomal damage, especially in sun-exposed areas, and UV-induced breaks in double-stranded DNA may also contribute to HU-mediated carcinogenesis.

Other HU-induced skin toxicities have only aesthetic implications, such as hyperpigmentation of skin and nails. Melanin deposition by melanocyte stimulation in the nail matrix by HU and photosensitization have been hypothesized as pathogenic mechanisms. Although alopecia represents a frequently described dermatological side effect with the use of more potent cytostatic drugs, it has also been reported in patients treated with HU. Its pathogenesis is related to the alterations in cell kinetics of the hair matrix HU (Figure 2). 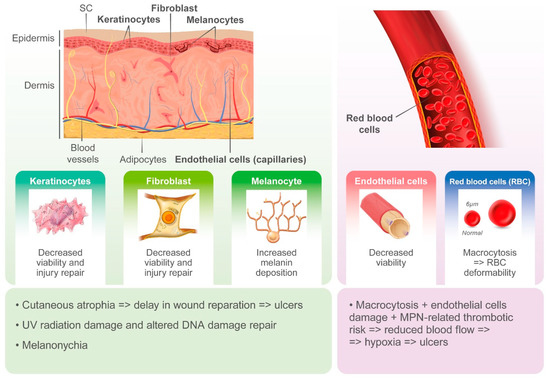 Ulcers are the most frequent reported cutaneous adverse event in patients with MPNs undergoing treatment with HU (Table 1). 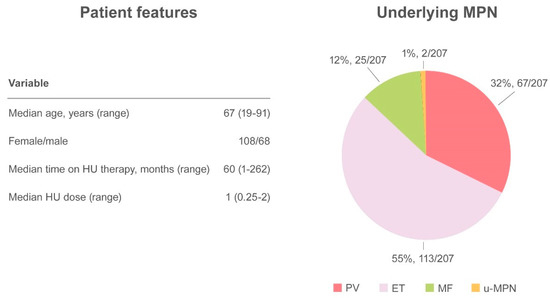 Figure 3. Summary of cutaneous ulcers as an adverse event.

Figure 4. Summary of actinic keratosis and non-melanoma skin cancer as an adverse event.