Submitted Successfully!
Thank you for your contribution! You can also upload a video entry related to this topic through the link below:
https://encyclopedia.pub/user/video_add?id=7122
Check Note
2000/2000
Xanthones
Edit
Upload a video
This entry is adapted from 10.3390/molecules26020431

Xanthone is an aromatic oxygenated heterocyclic molecule, with a dibenzo-γ-pirone scaffold, known as 9H-xanthen-9-one, with the molecular formula of C13H8O2.

The numbering and designation of rings A and B come from the biosynthetic pathways for the compounds from higher plants, A-ring (carbons 1–4) being acetate-derived whereas the shikimic acid pathway gives B-ring (carbons 5–8); the other carbon atoms are numbered according IUPAC 2004 recommendations for structure elucidation purposes.

X-Ray diffraction data are an important tool, not only for structure elucidation but also to help in understanding the mechanism of action of the wide range of biological and pharmacological activities showed by xanthone derivatives. The crystal structure of 9H-xanthen-9-one (Figure 1) was first reported in 1982 and later, using more accurate experimental techniques, the data have been improved. Considering the molecule of xanthone itself in solid state, it is essentially planar due to the conjugated ring systems, except for the O(11) atom, which deviates 0.13 Å from the plane, with the central pyranoid ring with partial aromatic character. Due to the tricyclic-fused ring system, free rotation is limited. The rigidity of this scaffold contributes to the stability of the compound. For xanthone derivatives, slight differences can be found dependent on the nature of the substituents and their localization on the scaffold. The three-ring system can be slightly twisted along its longitudinal axis due to steric factors associated with the substituents, especially for bulky groups .

A large amount of research concerning xanthone derivatives has been carried out, not only regarding isolation from terrestrial and marine sources, but also concerning compounds obtained by synthesis and with a large diversity of applications in medicinal, analytical and environmental chemistry. In 2005, one of us (M.M.M.P.) was Guest Editor of a Special issue of Current Medicinal Chemistry, which covered  isolation, synthesis, magnetic resonance spectroscopy and crystal X-ray studies of several xanthone derivatives as well as papers covering their biological activities and mechanisms of action.

According the concept of Evans et al. the xanthone nucleus could be considered as a “privileged structure”, taking into account its binding to multiple, unrelated classes of protein receptors as high affinity ligands. Following, several authors associated the “xanthone” to the “privileged structure concept”. This ability of xanthones to interfere with a variety of biological targets is related with some special molecular features such as the presence of a heteroaromatic tricyclic ring system predominantly planar and rigid, a carbonyl group at the central ring able of several interactions, a biaryl ether group contributing to the electronic system, and the xanthone core that accommodates a vast variety of substituents at different positions.

3. A Library of Natural Mimetic Xanthones Looking for Biological Diversity: From the Land and from the Sea

Our journey through the world of xanthones comprises several stages and objectives. To obtain a library of natural mimetic xanthones we have been working in an interactive way including isolation of new compounds, total synthesis or molecular modifications, screening of biological activities and in-deep studies regarding their absorption, distribution, metabolism, excretion, toxicity (ADMET) properties as well as formulation of new compounds with appropriated drug delivery systems.

This work reviews the contributions of the corresponding author (M.M.M.P.) and her research group to Medicinal Chemistry concerning the isolation from plant and marine sources of xanthone derivatives as well as their synthesis, biological/pharmacological activities, formulation and analytical applications. Xanthone derivatives have a variety of activities with great potential for therapeutic applications due to their versatile framework. The group has contributed with several libraries of xanthones derivatives, with a variety of activities such as antitumor, anticoagulant, antiplatelet, anti-inflammatory, antimalarial, antimicrobial, hepatoprotective, antioxidant, and multidrug resistance reversal effects. Besides therapeutic applications, our group has also developed xanthone derivatives with analytical applications as chiral selectors for liquid chromatography and for maritime application as antifouling agents for marine paints. 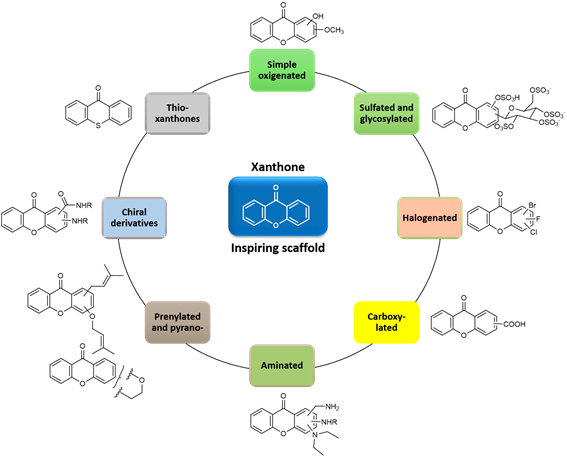 Figure 2. Our chemical “family tree” based on xanthone.

In summary, taking into account the chemical “family tree” based on xanthone (Figure 22), our group has:

(1) isolated new compounds from terrestrial and marine sources and/or analyzed species not yet studied with regard to their secondary metabolites;

(2) used Nature-based strategies to guide the synthetic ways whenever possible;

(3) synthesized these compounds for structure elucidation purposes to obtain them through “greener” methods and in quantities suitable for biological/pharmacological assays, as well as to obtain nature-based analogues with improved druglike properties;

(4) contributed with new data in the area of NMR and X-ray crystallography;

(5) evaluated several biological activities for different chemical families of xanthone derivatives; the main focus was in the area of antitumor and antimicrobial agents, especially taking into account MDR, which we believe should be pursuit in Academia; other areas of intervention include cardiovascular, antimalarial, anti-inflammatory, anti-obesity, hepatoprotection, etc. More recently, the area related to the discovery of environmental-benign AF agents was also explored;

(6) explored the mechanisms of action, SAR and structure-activity-properties-relationship (SAPR);

(8) determined the drug-likeness of some hit compounds (ADMET assays), as this should be carried out as soon as possible in the pipeline of drug discovery and development;

(9) obtained several chiral derivatives of xanthones and studied enantioseparation and enantioselectivity with regard to various biological activities, as well as analytical applications as chiral selectors for liquid chromatography

Given nature of the invitation and the objective of this Special Issue (Contributions of Female Scientists), the authors are only female members of our group. We expect that this review may serve as an inspiration for other groups working with diverse “privileged structures” in an integrative way.

© Text is available under the terms and conditions of the Creative Commons Attribution (CC BY) license; additional terms may apply. By using this site, you agree to the Terms and Conditions and Privacy Policy.
Upload a video for this entry
Information
Subjects: Chemistry, Medicinal
Contributor MDPI registered users' name will be linked to their SciProfiles pages. To register with us, please refer to https://encyclopedia.pub/register :
Madalena Pinto
View Times: 503
Revisions: 4 times (View History)
Update Time: 23 Feb 2021
Table of Contents
1000/1000
Hot Most Recent