+1 point
Thank you for your contribution! You can also upload a video entry related to this topic through the link below: https://encyclopedia.pub/user/video_add?id=34375
Check Note
2000/2000
Thomas Johann Seebeck 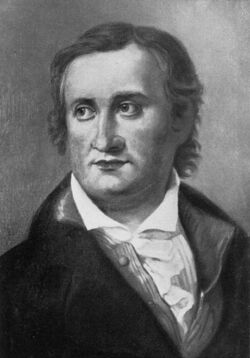 Thomas Johann Seebeck (German; 9 April 1770 – 10 December 1831) was a Baltic German physicist, who, in 1822, observed a relationship between heat and magnetism. Later, in 1823, Ørsted called this phenomenon thermoelectric effect.

Seebeck was born in Reval (today Tallinn, Estonia) to a wealthy Baltic German merchant family. He received a medical degree in 1802 from the University of Göttingen, but preferred to study physics. From 1821 to 1823, Seebeck performed a series of experiments trying to understand Ørsted's findings from 1820. During his experiments, he observed that a junction of dissimilar metals produces a deflexion on a magnetic needle (compass) when exposed to a temperature gradient. Because Ørsted had discovered that an electric current produces a deflexion on a compass transversal to the wire, Seebeck's results were interpreted as a thermoelectric effect.[1] This is now called the Peltier–Seebeck effect and is the basis of thermocouples and thermopiles. 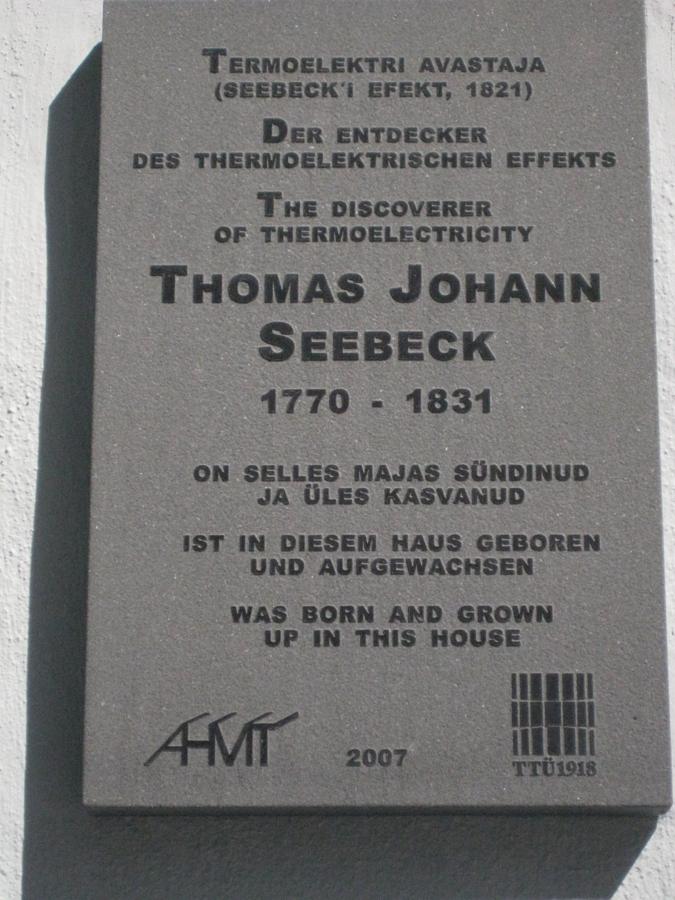 A plaque in honor of Seebeck in Tallinn, Estonia https://handwiki.org/wiki/index.php?curid=1114410

In 1822, after previous experiments on voltaic current and magnetism,[2] Thomas Johann Seebeck found that a circuit made from two dissimilar metals with junctions at different temperatures would deflect a compass magnet.[3] Seebeck believed this was due to magnetism induced by the temperature difference. Based on this result, Seebeck elaborated a table relating different metal junctions and the deflexion of the compass.[3] His main conclusion at the end of these experiments was about the influence of the metals and volcanoes on Terrestrial magnetism.[3]

However, during the 1820s, there were at least two different explanations to the relationship between electricity and magnetism. One of them was related to the belief in the polarity of the Nature (Naturphilosophie); another, followed Newton's concepts of force. Ørsted, Seebeck, Ritter and some German chemists and physicists believed on the polarity and looked for a relationship among different forces of Nature, like electricity, magnetism, heat, light and chemical reactions.[4] Following Newton's concept of force were André-Marie Ampère and some French physicists.[5] Ørsted interpreted Seebeck's experiment as supporting a relationship between electricity, magnetism and heat. 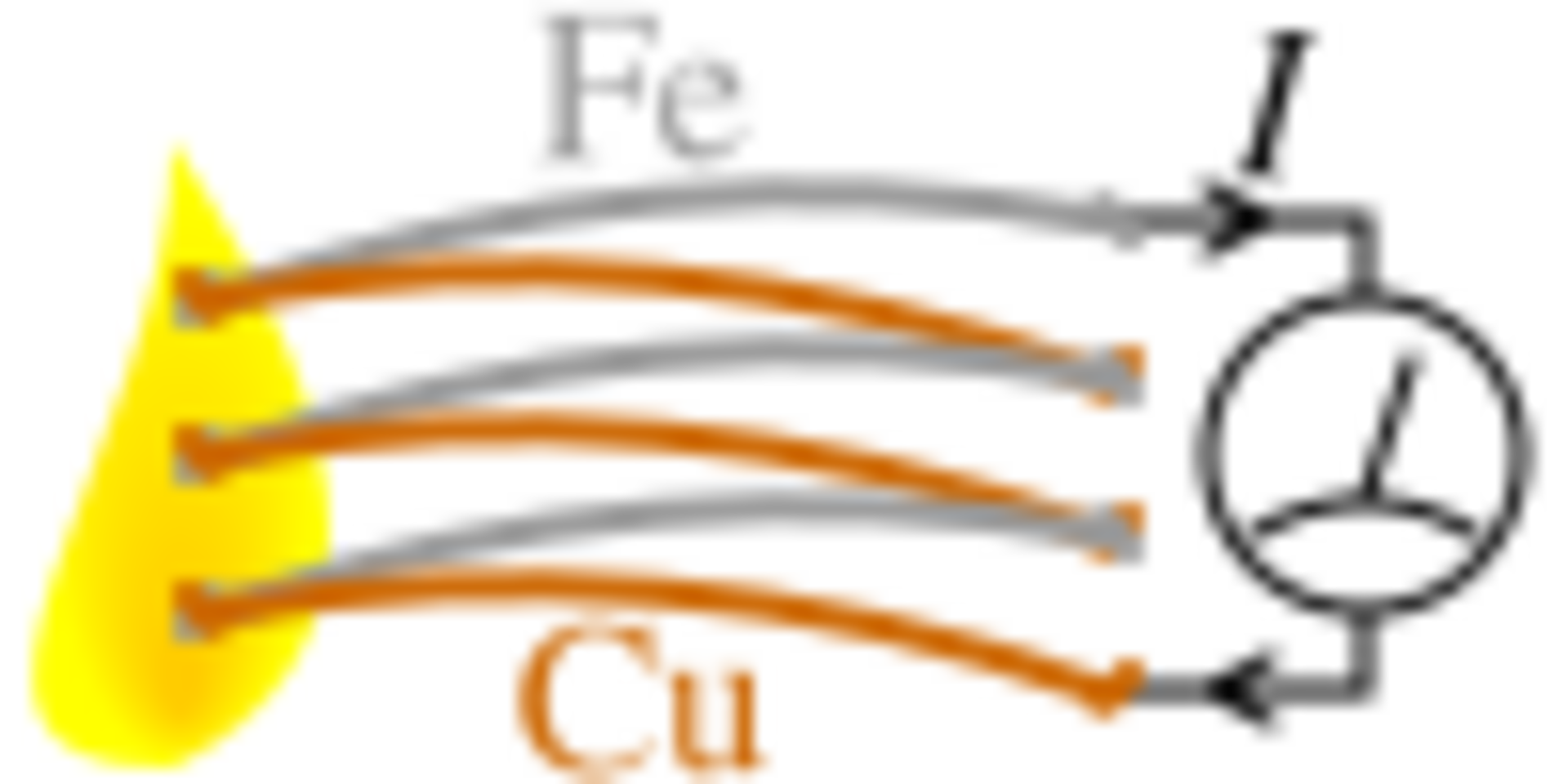 Seebeck effect in a thermopile made from iron and copper wires https://handwiki.org/wiki/index.php?curid=2032031

After the discovery of the electron and its fundamental charge, it was quickly realized that Seebeck's effect was an electric current that is induced, which by Ampere's law deflects the magnet. More specifically, the temperature difference produces an electric potential (voltage) which can drive an electric current in a closed circuit. Today, this effect is known as the Peltier–Seebeck effect.

The voltage produced is proportional to the temperature difference between the two junctions. The proportionality constant (a) is known as the Seebeck coefficient, and often referred to as the thermoelectric power or thermopower. The Seebeck voltage does not depend on the distribution of temperature along the metals between the junctions. This effect is the physical basis for a thermocouple, which is used often for temperature measurement.

The voltage difference, V, produced across the terminals of an open circuit made from a pair of dissimilar metals, A and B, whose two junctions are held at different temperatures, is directly proportional to the difference between the hot and cold junction temperatures, Th − Tc. The voltage or current produced across the junctions of two different metals is caused by the diffusion of electrons from a high electron density region to a low electron density region, as the density of electrons is different in different metals. The conventional current flows in the opposite direction.

In 1810, at Jena, Seebeck described the action of light on silver chloride. He observed that the exposed chemical would sometimes take on a pale version of the color of light to which it had been exposed, and also reported the action of light for a wavelengths beyond the violet end of the spectrum.[6] Seebeck also worked on the Theory of Colours with Goethe.[7]

In 1808, Seebeck was first to produce and describe the amalgam of potassium. In 1810, he observed the magnetic properties of nickel and cobalt. In 1818, Seebeck discovered the optical activity of the solutions of sugar.