Submitted Successfully!
Thank you for your contribution! You can also upload a video entry related to this topic through the link below:
https://encyclopedia.pub/user/video_add?id=289
Check Note
2000/2000
Methods for Residual Stress Testing
Edit

At present, residual stress measurement methods can be generally divided into two categories, one is destructive detection method, including mechanical methods and chemical methods, the principle is to remove some or all of the materials in some way, measure the strain or displacement of a specific area, and according to mathematical inversion of residual stress is performed for specific boundary conditions. The other type is non-destructive testing method, which is mainly tested according to the physical properties of the material, that is, the physical method. Regardless of the method, the residual stress can only be calculated by indirectly measured quantities such as strain or displacement. 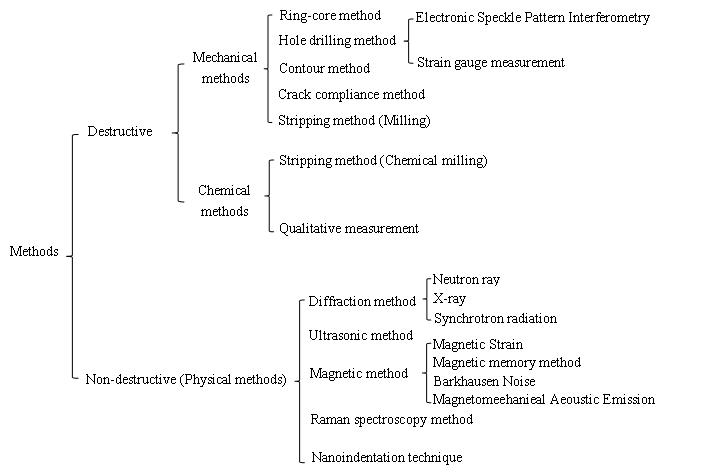 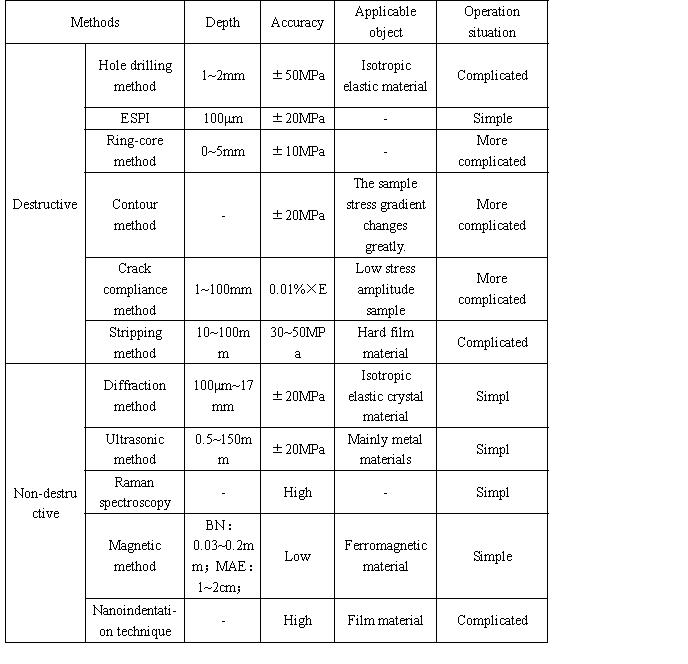 The hole drilling method is one of the most common surface residual stress testing methods. The method generally uses strain gauges to measure the strain data after drilling in the tested area, which has the advantages of simple operation and low test cost. American Society for Testing Materials (ASTM) has developed a standard assay techniques residual stresses drilling method[6]. In order to reduce the operational error and other factors in the measurement, the test method using the non-contact measurement of the strain method combined with the drilling method has been rapidly developed, such as Electronic Speckle Pattern Interferometry (ESPI) using optical measurement strain. The principle of the ring-core method is similar to the hole drilling method, and the stress in the measured area is released by processing a circular groove. It is widely used in residual stress testing of turbine and turbo generator rotor forgings and has established corresponding standards. In order to measure the residual stress distribution along the depth direction, the workpiece can be removed layer by layer by the stripping method, and the residual stress distribution can be obtained by measuring the strain value using the formula[7]. In addition, there are other new methods, such as the crack compliance method based on the principle of linear elastic fracture mechanics[8][9] and the most accurate destructive detection technique-contour method.

Chemical methods are rarely used in residual stress measurement. In the above, the residual stress is measured by the stripping method of milling, but the milling process brings errors, and the chemical milling method perfectly solves this problem. In addition, there is a chemical reagent that qualitatively studies the magnitude and type of residual stress based on the time of occurrence of the crack and the time of weight reduction.