+1 point
Thank you for your contribution! You can also upload a video entry related to this topic through the link below: https://encyclopedia.pub/user/video_add?id=26440
Check Note
2000/2000
Sir M A Murtoza 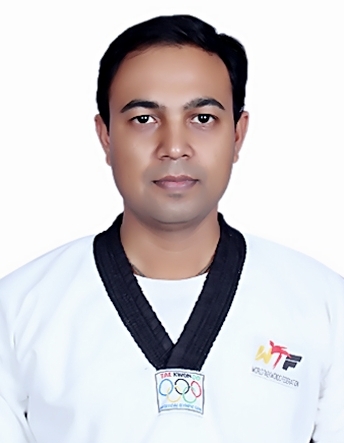 Murtoza born in 09 January 1979 west bengal 24 parganas south Village bhangar. He is fascinated with on fitness and working towards fitness for the society And Also about the Guinness Book of World Records as a child but never thought he could ever break a record since he is coming in fitness field. M A Murtoza is an overarching name in the fitness training world today. He has achieved commendable achievements in a short span of time. M A Murtoza has been working tirelessly on this mission for more than 10 years now. In addition to training and fitness mentorship, M A Murtoza has also published insightful and useful articles in International Medical and Sports Journals and Magazines. Murtoza’s research on physical fitness has been featured in some of the most reputed journals, including International Journal of Engineering Science and Computing IJESC, International Journal of Innovation In Engineering Research & Management (IJIERM), ACCENT JOURNAL OF ECONOMICS ECOLOGY & ENGINEERING.

In 2019, Murtoza set his first official record by full contact knee strikes in 1 minute. In 2019 , Murtoza invented and set the record for full contact knee strikes in 1 minute and introduced in Gurugram, India, on 30 may 2019. This event was organised in favour of personal fitness for the students, as well as to show the importance of cooperation to achieve a bigger goal.

Murtoza, after several attempts in past, has now finally been successful and the 42-year-old has entered the LBR's 2020-2022 edition.

"This was not an easy task to grab the achievement. It requires a lot of patience and hard work to complete your aim. This record is dedicated to my father who has left to us suddenly," he told IANS.

Despite his busy schedule, Murtoza makes it a point to take out time in the evening and trains students and youth on Martial Arts, Self-Defence, Physical and Mental health. In today’s scenario, when the entire world is suffering from a global pandemic, COVID-19, Murtoza has contributed to helping his students and society deal with the challenge. MA Murtoza is a true example that if you set your mind to a mission, you are bound to achieve it if you have the commitment. His Guinness[1][2][3] World Record achievements and contribution to the Fit India mission are commendable and admirable.

The prestigious, Dadasaheb Phalke Indian Television Award went to MA Murtoza, a Gurugram native and martial arts expert for globally promoting health practices and his notable contributions in the domains of martial arts. He was awarded with the prize at the Hotel Sea Princess Juhu by Akhilesh Singh, Chairman of the Dadasaheb Phalke Indian Television Awards Committee. Amidst many actors, actresses, directors and models M A Murtoza is conferred with the award in an event .The awardee has been practising martial arts for many years. M A Murtoza has done a significant amount of good for the health and well-being of many people especially youth.. He has inspired thousands of kids and youngsters for better lives. For his efforts he also has achieved global records and awards. Murtoza also has informed that he will continue to teach the young in fitness like this and that he will endeavour to channel the youth's energy in the appropriate direction for sovereignty in the unity and integrity of the country. By setting a Guinness World Record and Limca Book of Records, M A Murtoza hopes to inspire young people to become physically active and healthy. A former MP Sanjay Dina Patil also took note of Murtoza’s achievement, acknowledged his works at global platform and congratulated him for such a nice job.

“In today’s senerio people need fitness inspiration and proper guidance, and I am happy to be contributing in it. I feel that every citizen’s need to adopt the concept of Fit India, which is the key to hale and hearty society,” he added.[1][2][3][4][5]