Submitted Successfully!
Thank you for your contribution! You can also upload a video entry related to this topic through the link below:
https://encyclopedia.pub/user/video_add?id=24923
Check Note
2000/2000
Wave Energy Marine Buoys
Edit
Upload a video
This entry is adapted from 10.3390/jmse10050566

The power supply is usually the bottleneck for marine distributed systems such as buoys. Wave energy technologies are especially useful in this sense, as they can capture and convert the promising “native” renewable energy in the ocean (i.e., wave energy) into electricity.

A buoy refers to a float on the sea surface, traditionally used to show a navigable channel or to indicate reefs, submerged wrecks, etc. Ever since the 1920s, it has become an important platform, carrying a variety of monitoring devices [1]. Their in-situ measurement data are getting more and more critical in disaster prevention, resource exploitation, scientific research and national security [2][3]. Modern technologies have gradually made the buoy multifunctional, or “smarter” [4]. Smart buoys can be embedded into a full-coverage marine information-monitoring network consisting of radars, vessels, satellites and land-based monitoring nodes [5][6]. With extensive application scenarios, the marine (monitoring) buoys are developing rapidly [7][8]. The U.S. National Data Buoy Center owns 1324 buoy stations that collect and transmit ocean observation data [9]. The World Meteorological Organization and the UN Educational, Scientific and Cultural Organization jointly initialized a data buoy cooperation, namely, the Drifting Buoy Cooperation Panel, which deploys over 400 anchored buoys and 1250 drifting buoys [10].
The extensive application/deployment of marine buoys requires an essentially economically feasible and physically feasible power solution. In fact, powering the distributed devices off the grid has always been a bottleneck problem [11]. Due to limited accessibility to power supply, the traditional buoys have to work in certain ways to reduce power consumption. One option is to adopt devices with only a low voltage and low power. Otherwise, the devices need to operate under intermittent working mode, in which, they work and hibernate periodically [12][13]. The battery limits the independence of the distributed systems; that is, until the emergence of renewable energy technologies. In current practices, many buoys work with a combination of solar panels and rechargeable batteries [14]. This reduces the hibernating interval, making most small-scale devices functional all of the time, which is critical for real-time monitoring/data acquisition.
As a very “native” and almost exclusive energy in oceans, wave energy would become the “target fuel” of marine buoys for many reasons [15]. Wave energy harvesting is a carbon-free process used to achieve power conveniently in oceans (71% of Earth’s surface), making it a very promising renewable energy [16][17]. Wave energy comes to marine buoys more naturally due to its “surface” distribution. Wave energy highly concentrates within a small portion of the water depth (i.e., near the surface). The dispersion relationship indicates that the water particle velocity decays to 5% of the maximum particle velocity (at the surface) as the depth increases to half of the wavelength [18]. The application domain of marine buoys is exactly the “prime zone” of wave energy.
Solar energy and wind energy are the major competitors of wave energy [19], especially in the aspect of powering marine buoys. Some marine buoys have already adopted solar/wind as their power resources (e.g., WindSentinel buoy [20]). However, that does not mean that they are the ultimate solutions for marine buoys. Ocean waves transmit in water, a medium that has a much higher density than air, meaning that they could yield a higher energy density than wind. In fact, the power density of a wind farm is typically in the order of 0.4–0.6 kW/m2, whereas wave energy is typically in the order of several 2–3 kW/m2 (solar photovoltaics typically generate power in the order of 0.1–0.2 kW/m2) [21]. Furthermore, wave energy is more consistent than solar/wind energy. In the U.K., wave energy can be harvested up to 90% of the time, whereas solar/wind can be harvested for only 20–30% of the time [22].
In terms of engineering, the wind turbines’ requirement for clearance height is quite incompatible with marine buoys. The clearance height means that the buoy needs to include an additional structure with a considerable (relative to the height of the buoys) freeboard [23][24]. This would significantly increase the capsizing vulnerability, as well as the structural materials, and harm the concealment of marine buoys. Similarly, solar panels’ requirement for surface area forms a challenge for marine buoys [19]. Considering the relatively lower power density of the solar energy, it would create a contradiction between the buoy’s horizontal dimension and its load capacity. In addition, solar panels need to stay away from run-up waves, making a solar power system less stable in marine environments [10][13]. Figure 1 is a concise diagram showing the primary engineering challenges corresponding to various power systems on buoys. 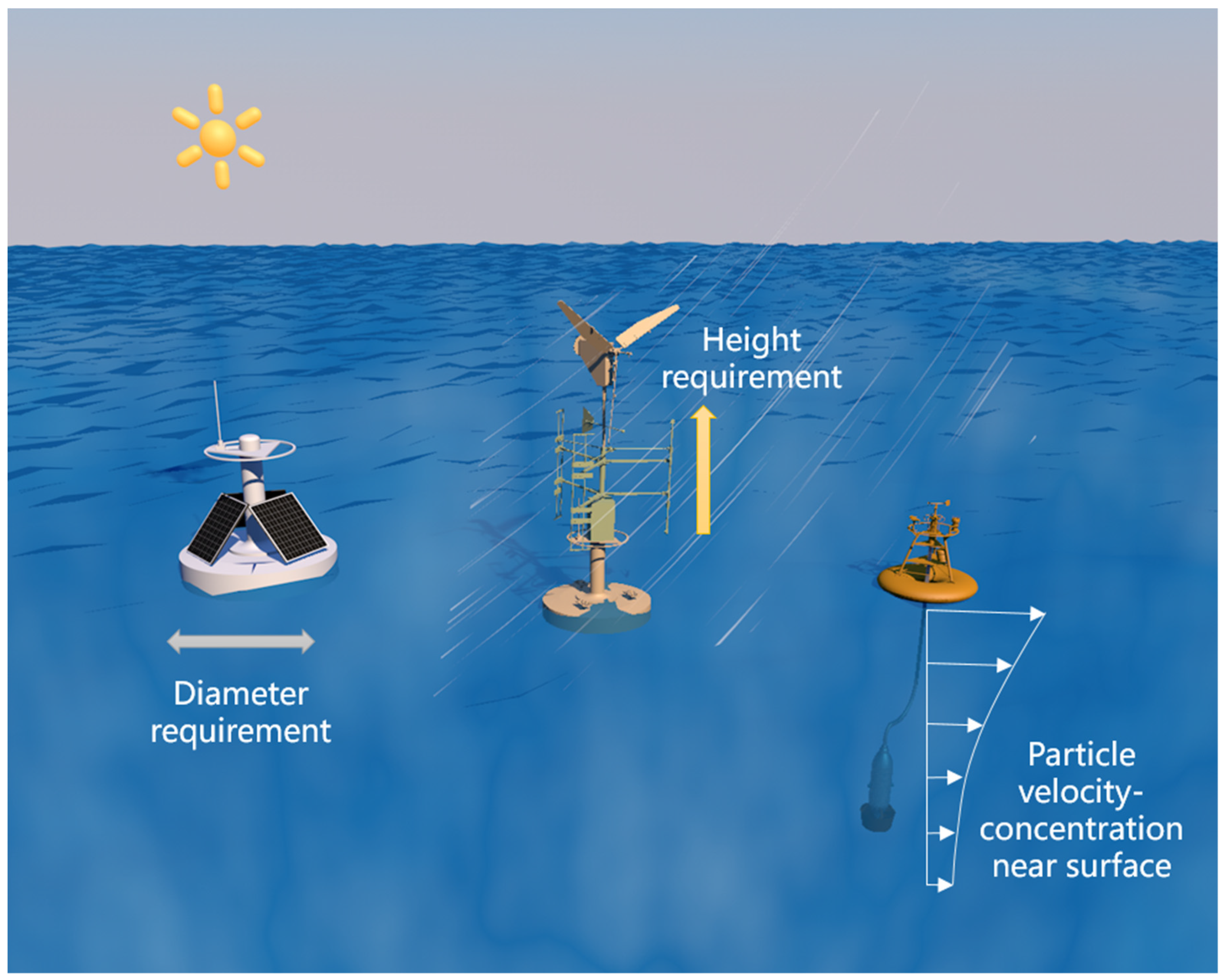 Figure 1. Engineering challenges for various power systems on buoys.
In addition, placing solar panels within the buoys may require bending the panels around the surface (e.g., a spherical shape) to protect them from the marine environment within the hull. This is difficult enough as is, yet can be aggravated by the filter of water overtopping the buoy. Reports mentioned that guano from birds usually accumulate on the surface of buoys in practice, which may greatly impair the efficiency of solar panels over time [10]. There are also considerable ecological concerns with the offshore wind turbines (e.g., noise, collision, electromagnetic field). For example, floating wind turbines could increase the risk of seabird–turbine collision, as the motions of the turbines make collision risk more dynamic [25].
The primary motivation for this research is the importance of wave energy marine buoys from multiple perspectives. Marine buoys have become the most common, small-to-medium-scale (relative to offshore platforms etc.) floating structure that needs to work off the grid. Therefore, they are very representative in that they reflect the development of the distributed system in this scale (roughly 10−1 m~10 m) [15][26]. On the other hand, wave energy utilization on marine buoys primarily aims to provide in situ power supply, which is less demanding than power stations (aiming to supply power to the grid or other systems) [27][28].

2. Energy Capture from Wave to Structure

The wave energy utilization can be decomposed into two critical processes: (wave) energy capture and PTO. Figure 2 depicts the generic working mechanism of a wave energy marine buoy. Energy capture is upstream of wave energy utilization, which refers to the critical process of harvesting the wave (fluid) energy with the main structures (solid) and achieving the mechanical energy for PTO. Therefore, energy capture is governed by the fluid–structure interactions (i.e., hydrodynamics), which are subject to the inputs (e.g., wave height, period, water depth, etc.) and the main structure design (such as floating structure dimension, geometry, mass, moment of inertia, center of gravity, mooring configuration and stiffness, etc.). Though they have not converged, mainstream designs of energy capture include three categories: oscillating water columns (OWC), oscillating bodies (OB) and overtopping devices [29].

Figure 2. A mechanism diagram of a wave energy marine buoy.
Overtopping devices are structures that “trap” the water from the run-up waves [30]. The trapped water provides a water head higher than the mean sea surface that turns into water flow out through a duct, which drives an axial flow turbine and, in turn, the generator in order to produce electricity [31]. Wave Dragon is the world’s first grid-connected floating overtopping device [32]. Overtopping devices are advantageous in that they largely stabilize the unstable input waves to the PTO and they usually work with low-head hydro turbines (standard for hydroelectric stations) [31][33]. Overtopping devices usually involve larger dimensions (e.g., Wave Dragon [32]) or fixed infrastructures (e.g., OBREC [33]), as they work in a similar way to a reservoir/hydroelectric station. Therefore, an overtopping device is not considered for marine buoys and the following discussions concern the other two types: OWC and OB.

3. PTO from Structure to Wire

The PTO is the other critical process that essentially “converts” the mechanical energy into electrical energy, which is governed by structure–generator interactions (i.e., electrodynamics). The performance of the system is highly dependent on the interactions between the wave environment, main structure and the generators. Wave-to-wire modelling (W2W) is being developed to address these interactions with high fidelity [34][35]. The PTO determines not only the output power, but also the dimension, cost and operational life of the system. Based on the generator mechanism, this research classifies wave energy PTOs for marine buoys according to the generator type: electromagnetic generator (EMG) and triboelectric nanogenerator (TENG).

More
© Text is available under the terms and conditions of the Creative Commons Attribution (CC BY) license; additional terms may apply. By using this site, you agree to the Terms and Conditions and Privacy Policy.
Upload a video for this entry
Information
Subjects: Engineering, Marine
Contributors MDPI registered users' name will be linked to their SciProfiles pages. To register with us, please refer to https://encyclopedia.pub/register :
Ruijiang Xu
,
Hao Wang
,
Ziyue Xi
,
Weichen Wang
,
Minyi Xu
View Times: 139
Revisions: 2 times (View History)
Update Time: 08 Jul 2022
Table of Contents
1000/1000
Hot Most Recent