+1 point
Thank you for your contribution! You can also upload a video entry related to this topic through the link below: https://encyclopedia.pub/user/video_add?id=23801
Check Note
2000/2000
Human Communities in Protected Natural Areas

The mission of natural heritage conservation through different modalities has its main instrument in the creation and management of protected natural areas (PNAs) based on a conservation culture of natural ecosystems and sustainable development. Protected areas are well received throughout the world as environmental policy tools characterized by the preservation and protection of diverse ecosystems, where the original environment has not been essentially altered, producing a series of increasingly valued environmental services.

The mission of natural heritage conservation through different modalities has its main instrument in the creation and management of protected natural areas (PNAs) based on a conservation culture of natural ecosystems and sustainable development [1]. Protected areas are well received throughout the world as environmental policy tools characterized by the preservation and protection of diverse ecosystems, where the original environment has not been essentially altered, producing a series of increasingly valued environmental services [2].
Academic, social, and legislative systems are conscious of their obligation to protect natural spaces, as well as the systems and cycles that are completely dependent on natural resources and that have supported life throughout millions of years of evolution [3][4].
The potential for economic, social, and political wellbeing that a PNA offers depends on the strategies implemented for natural biodiversity management and conservation [5].

2. The History of Biodiversity Conservation

In the evolution of humanity, the passage from nomadic hunter-gatherers to sedentary farmers has had significant effects on ecosystems and the environment. These changes were caused by tree felling and forest clearing, using wood for construction and as fuel, competing for land and water, and evicting and consuming wild animals in the same area [35]. At the same time, some plants and animals were intensively exploited, which led to the appearance of the first domesticated species [36][37].
However, ancient cultures, such as Egyptians, Vikings, Persians, Romans, and Indians, have protected natural spaces for several centuries.
In pre-Columbian Mesoamerica and in almost every ancient culture, people worshiped the sun, stars, moon, Earth, water, many animals, and almost all vegetation. All these elements of nature were conceived as divine, and cultures expressed their own realities linked to a cosmogony of which they were part and had to respect to maintain harmony with nature [38].
Incas used agricultural techniques, such as the construction of platforms or terraces to avoid soil erosion and take advantage of the slopes and hills [39]. Mayans linked their development with the tropical forest, basing their agricultural, horticultural, and forestry practices on protected pluriculturalism, called Pet-koot (round fence) [40].
In Mexico in the 15th century, the Mexica King Nezahualcóyotl established the first botanical garden in Texcotzingo, prohibiting hunting and imposing limits on obtaining firewood to protect the forests of his dominions in Texcoco. In 1428, he fenced the Chapultepec forest, enriched flora, planted the famous ahuehuete trees, and implanted a rich fauna, thus initiating its protection [41].
In 1450, Moctezuma Ilhuicamina established the Oaxtepec Garden, and in 1465, he took over Bosque de Chapultepec, a tradition that was followed by his successors. Moctezuma Xocoyotzin established gardens at the hillsides of Popocatépetl volcano and Atlixco in Puebla and maintained the one in Oaxtepec, Morelos, which had been operating as a protected area for more than 75 years when the Spaniards arrived [42].
During the Middle Ages, royalty promoted laws for forests and wildlife protection. Nevertheless, after the emergence of industrial cities in the mid-1700s, the exploitation of mineral coal polluted waters, soil, and atmosphere, which had an impact on policies and actions for the conservation of natural areas [38].
When Europeans discovered North America in the 15th and 16th centuries, they found it populated by diverse groups of indigenous people who showed a deep respect for the land and animals. This continent had abundant and seemingly inexhaustible stocks of wood, fertile soil, wildlife, fresh water, minerals, and other resources, so the colonizers felt that it should be conquered, opened, disassembled, and used as quickly as possible [43][44].
During the conquest and colonization by the Spaniards, the demand for construction materials and fuels increased, paying for forest clearance and making alterations to ecosystems. To stop such deforestation, King Carlos V of Spain decreed in 1530 that Bosque de Chapultepec and the hill surrounding it be owned by the City of Mexico, making this area the first protected forest of the colonial era.
Throughout the expansion of Europeans in North America from 1607 to 1832, forests and wildlife were degraded and depleted at an alarming rate, so the task of protecting was passed down to subsequent generations. However, in the United States, federal action on the conservation of forest resources and wildlife did not properly begin until 1872 with the creation of Yellowstone National Park [44][45]. In the same decade, “Desierto de los Leones” was the first Mexican protected area, created in 1876 with the purpose of protecting the springs that supplied water to Mexico City, and decreed in 1917 as a national park [46]. These parks were the first of their kind in North America and set a precedent for preservation of biodiversity and cultural history (Figure 1). 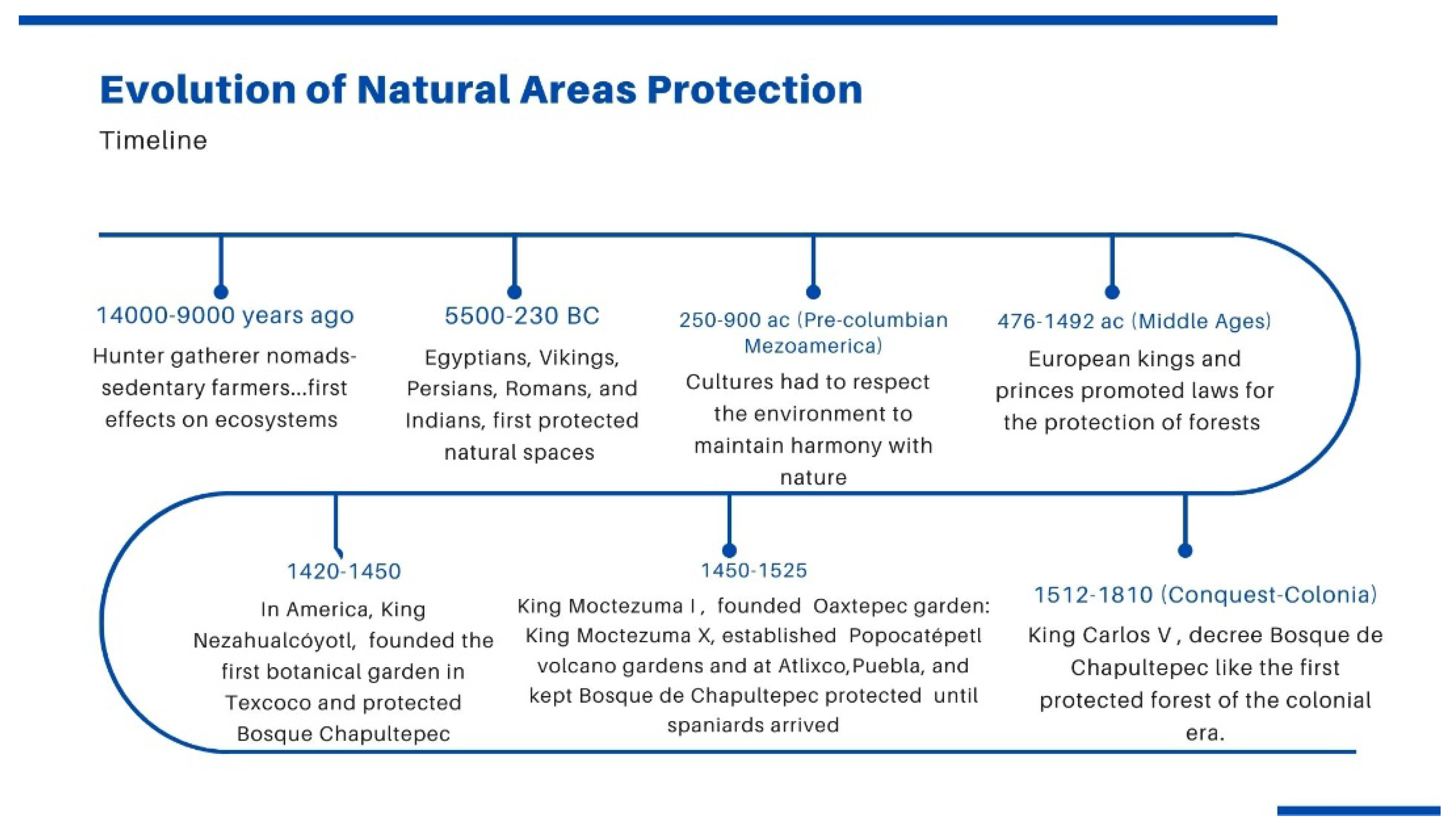 Figure 1. Timeline of the evolution of Natural Protected Areas until the 20th Century.
The definition of a protected area for the International Union for Conservation of Nature (IUCN) is “a clearly defined geographical space, recognized, dedicated, and managed, through legal or other effective means, to achieve the long-term conservation of nature with associated ecosystem services and cultural values” [47]. Although Yellowstone has been recognized as the first national park in the world, it was not the first protected natural area by a government. The oldest national parks on each continent have their own stories of origin and are home to evidence the world’s complex and changing relationship to public conservation [48]. Some examples of protected areas worldwide are described below, with a timeline of the first PNAs summarized in Figure 2. 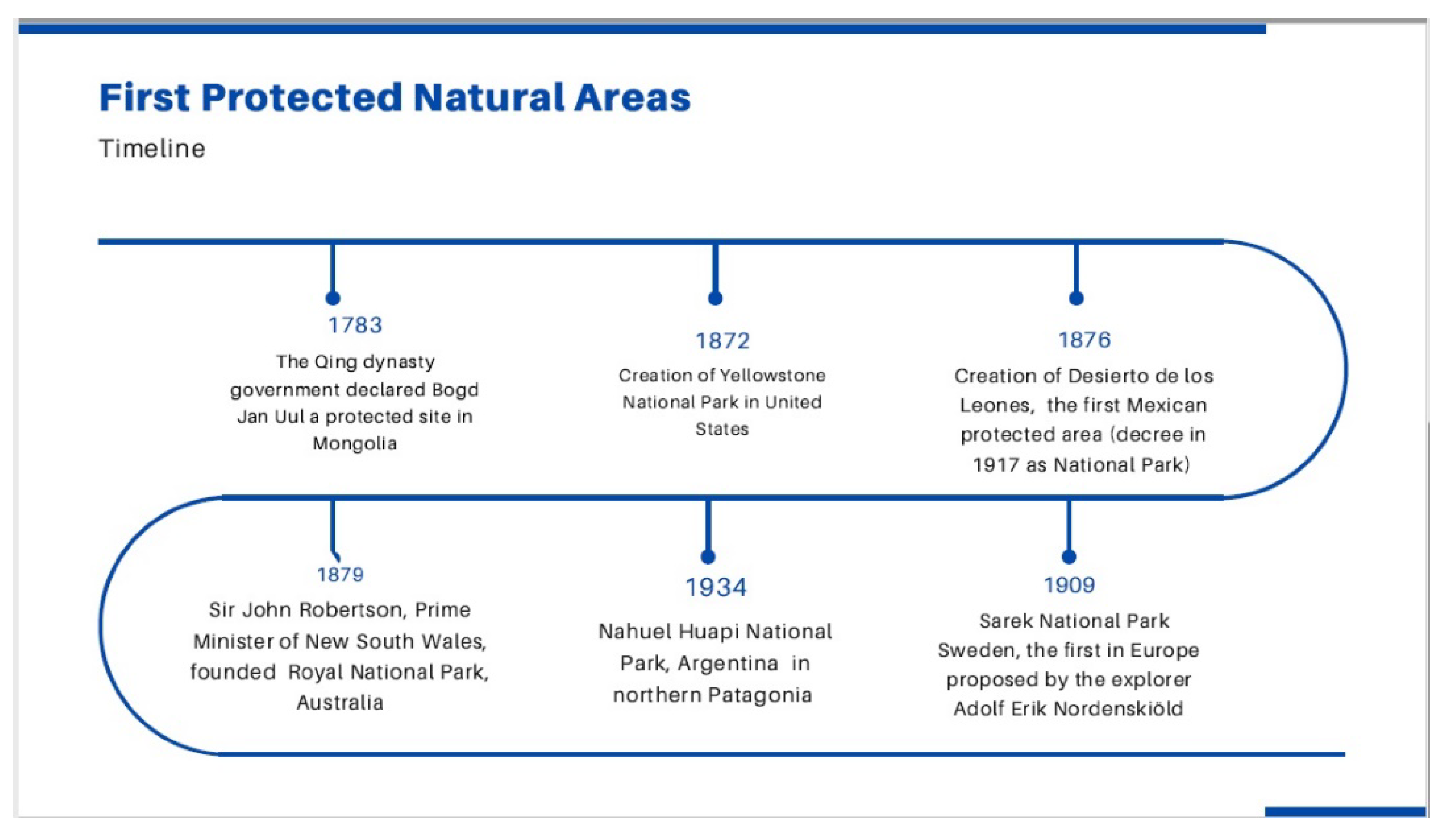 Figure 2. Timeline of some of the first Protected Natural Areas.