+1 point
Thank you for your contribution! You can also upload a video entry related to this topic through the link below: https://encyclopedia.pub/user/video_add?id=22663
Check Note
2000/2000
Weihe River Basin (WRB) Introduction and Governance Process

A river basin is a complete “nature–society–economy” complex system composed of natural factors such as water resources, land, and plants and human factors such as population, society, and economy. The social-ecological system (SES) framework has been put forward, which provides a new direction for the solution of complex problems in river basins. Through the use of common human language, the SES framework enables researchers to more deeply analyze the interaction between variables in the complex social ecosystem so as to form a systematic knowledge accumulation of research results in different fields.

With climate change and rapid population growth, governments should consider the interaction between river basins and socio-economic development. A river basin is a complete “nature–society–economy” complex system composed of natural factors such as water resources, land, and plants and human factors such as population, society, and economy [1]. The water resource is an important basic link between different units of this complex system [2]. However, with rapid economic development and population growth, the economic functions of river basins have been overexploited by human beings, while the protection of ecological functions has been neglected. This resulted in a series of eco-environmental problems, including water pollution, water ecological damage, water shortages, and frequent floods. The water eco-environmental crisis has become an important challenge to the sustainable development of human beings [3]. Therefore, river basin eco-environmental management has become an important task of ecological environment governance and should be improved to realize the coordinated and sustainable development of the economy, society, and ecological environment in the entire basin.
At present, the actual management process of river basins in China is mainly to divide the entire river according to administrative regions, which are managed by each administrative region through administrative means [4]. However, the river basin is a complex social-ecological system that involves water resources, ecological environments, and socio-economic factors. Hence, it is difficult for a single department or a single element of administrative management to solve complicated problems associated with it. Further, natural dimensions and social dimensions interweave and influence each other, making it difficult to adapt to the protection of ecological function and sustainable development of the social economy. Thus, it is urgent that researchers innovate and solve related problems to determine the basic function, management goal order, and feasible path of the basin from the perspective of the entire nature and society. The social-ecological system (SES) framework has been put forward [5], which provides a new direction for the solution of complex problems in river basins. Through the use of common human language, the SES framework enables researchers to more deeply analyze the interaction between variables in the complex social ecosystem so as to form a systematic knowledge accumulation of research results in different fields. The SES framework has been applied in the management of the Ganges [6].

The basic overview information of WRB comes from the materials provided by the Shaanxi Provincial Department of Water Resources and the Department of Natural Resources. The hydrological information of the WRB comes from the statistical data set of natural conditions of WRB (1999–2017), the environmental status bulletin of Shaanxi province (2018), and the Annual Hydrological Data of the Yellow River Basin (2001–2016).

The WRB, an important part of the Loess Plateau, is the largest tributary of the Yellow River. It originates in Gansu province, flows through Shaanxi province, and flows into the Yellow River at Tongguan County of Shaanxi Province. The WRB covers an area of 135,000 km2, and the total length of the main stream is 818 km, among which Shaanxi province covers an area of 67,600 km2, and the length is 512 km (Figure 1). The annual average runoff in the Shaanxi section of the Weihe River is 4.424 billion m3, the annual average flow is 140 m3/s, and the annual average sediment discharge is 118.5 million tons [26]. The farmland irrigation area of the Weihe River is nearly 93,300 hm2, and 65% of Shaanxi’s GDP is concentrated in the WRB. Weihe River is the only sewage and wastewater receiving and discharging channel in the Guanzhong area of Shaanxi Province, receiving 78% of industrial wastewater and 86% of domestic sewage in the province. 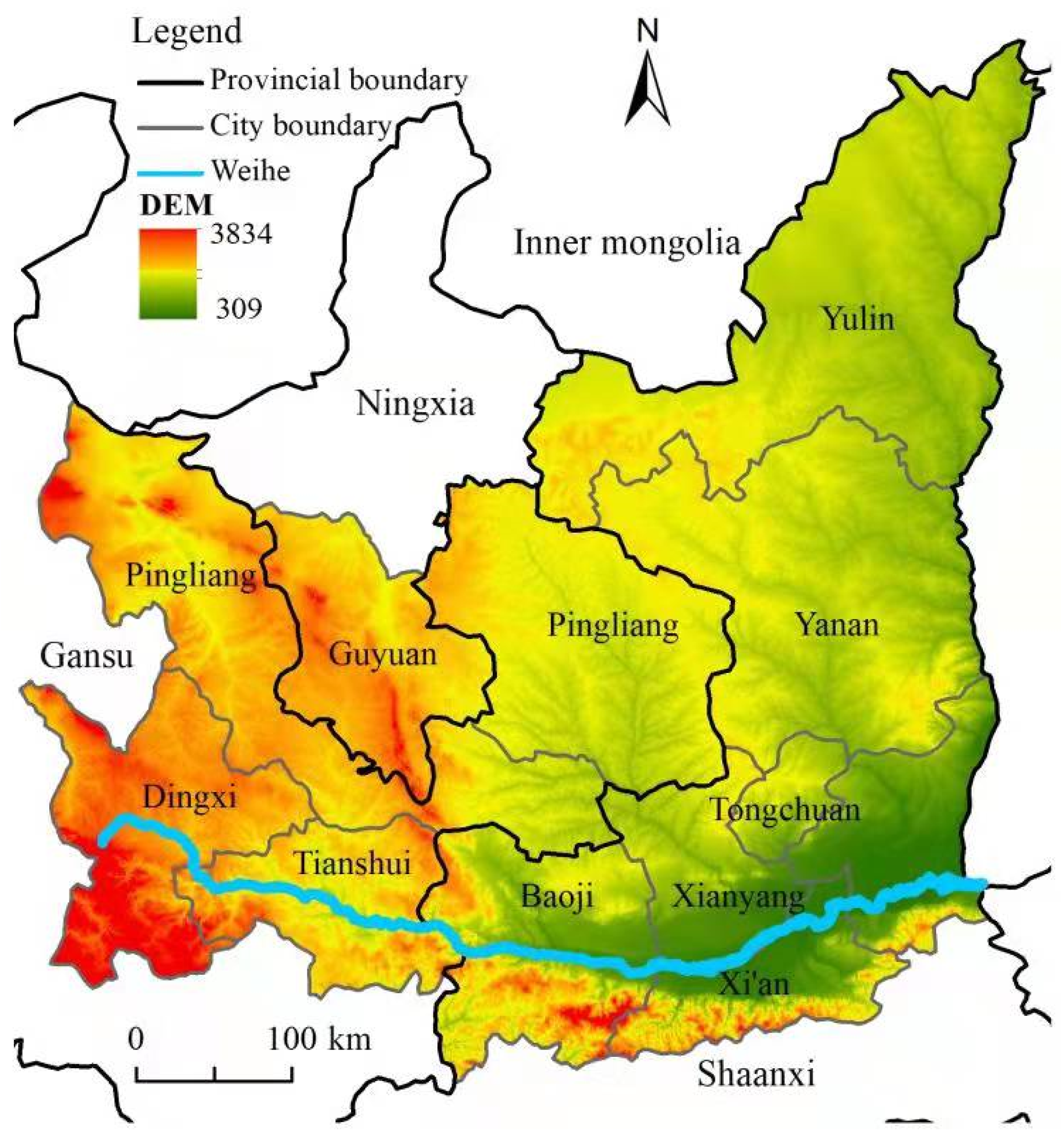 Figure 1. Schematic diagram of Weihe River Basin Governance process concerning the WRB.
Since 1949, the Chinese government has not stopped harnessing the WRB, having built a large number of embankment projects and a complete flood control system and having ensured the normal agricultural production of nearly 598,000 people on both sides of the river. In 2004, Xianyang city started the “Xianyang Lake” construction project. The Xianyang section of the Weihe River has built a water surface landscape of 720 hm2 with a length of 13.4 km, a width of 500–700 m. In 2015, the Xi’an railway bureau built a new concrete face rockfill dam in the main channel of the Weihe River one km downstream of the railway bridge, effectively controlling the threat of the riverbed undercutting railway safety. In 2017, the 105 km flood control dike in Xianyang city was built, which significantly improved the flood control capacity of the WRB and became a new highlight of economic and social development along the river.
At the end of the last century, due to the general pollution of trunks and tributaries, the water quality of the Weihe River was poor. In 2000, class III water quality accounted for 37.2%, class IV water quality accounted for 12.2%, and class V water quality accounted for 50.6% in the main stream of the Weihe River. The water quality of the river section under the jurisdiction of Xianyang city is in class V all year round, which has lost the basic function of a water body, and its fish are extinct. In 2016, the water quality of the Xianyang city section of the Weihe River was at a class IV water standard. In recent years, the water conservancy department has carried out artificial proliferation and stocking activities in the Weihe River, successively built 337 hm2 of aquaculture water surface dominated by intensive ponds, and its production capacity has reached 4644 tons, which has restored the fishery resources of the Weihe River to a certain extent
After years of treatment, especially the construction of a comprehensive restoration project, the basin environment of the Xianyang city section of the Weihe River has undergone fundamental changes compared with before. However, the ecological environment management of the WRB still poses many problems. The first is the lack of ecological river flow. According to the regulations, the ecological flow of the Weihe River is 15 m3/s, and the good ecological flow is 20 m3/s. According to the statistical data from 2004 to 2011, the ecological flow was still less than 15 m3/s in some periods from December of that year to March of the next year, and the maximum occurrence days reached 76 days. The period for which there is less than 20 m3/s of good ecological flow is mainly concentrated from June to August each year, and its maximum duration is 43 days. The second is the serious problem of main channel undercutting. In 2013, compared with 1999, the average channel thalweg point was cut down by 6.78 m, and the maximum cutting depth reached 8.69 m. The average undercut of the main channel in the Xianyang section of the Weihe River is about 7 m. The third is the difficulty of river management. In 2014, Shaanxi provincial department of water resources requested that the mining of the entire Weihe River be banned, resulting in a rapid rise in sand prices; some sand mining enterprises were driven by explosive profits to illegally mine.

More
© Text is available under the terms and conditions of the Creative Commons Attribution (CC BY) license; additional terms may apply. By using this site, you agree to the Terms and Conditions and Privacy Policy.
Upload a video for this entry
Information
Subjects: Water Resources
Contributor MDPI registered users' name will be linked to their SciProfiles pages. To register with us, please refer to https://encyclopedia.pub/register :
Heng Wang
View Times: 131
Revisions: 3 times (View History)
Update Time: 07 May 2022
Table of Contents
1000/1000
Hot Most Recent