Submitted Successfully!
Thank you for your contribution! You can also upload a video entry related to this topic through the link below:
https://encyclopedia.pub/user/video_add?id=2208
Check Note
2000/2000
Environmental Awareness and Individual’s Altruism
Edit
Upload a video
This entry is adapted from 10.3390/su12197929 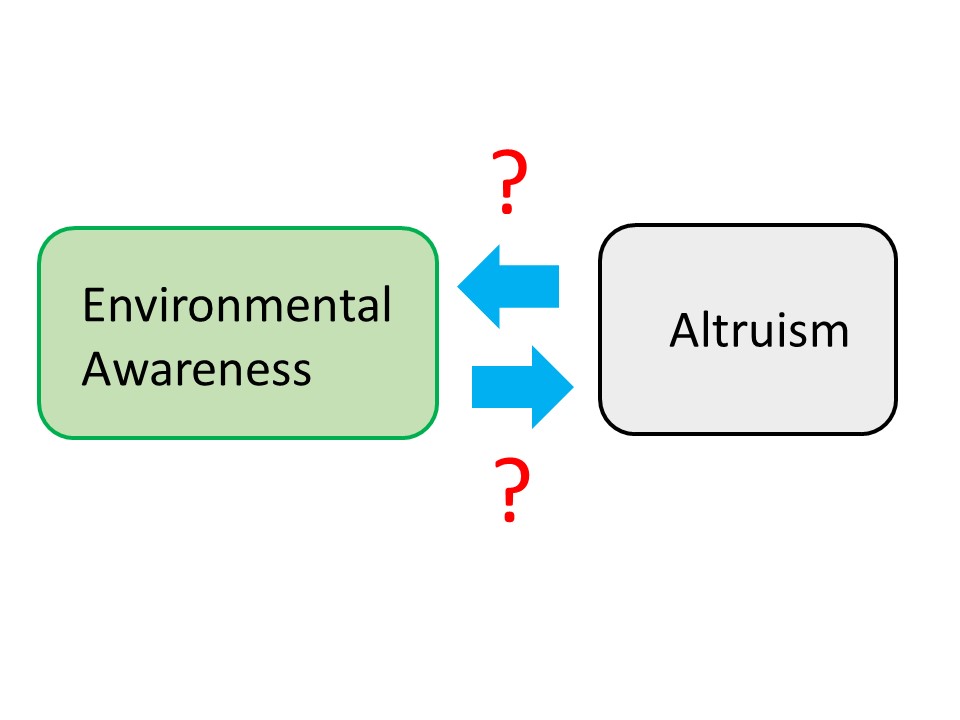 Studies measuring altruism often use either a self-reported type or a dictator game experiment, but this study applies the self-report altruism scale (SRAS) developed by Rushton et al[1]. The first reason for using this SRAS index for measuring altruism is because since the Likert-type environmental awareness index is obtained from self-reported answers of the survey respondents, it is reasonable to use an altruism index that is gathered in a self-reported way as to compare with the environmental awareness index. The second reason for using the SRAS in this study is because the dictator game model often fails to measure altruism due to experimental demand effects while the psychometric SRAS index is more broadly applied in various fields for measuring individual’s altruism levels. The third reason is that the SRAS index is based on not one type of altruistic action but is a composite of actual altruistic actions taken by the individuals. Hence, this index reflects the actual altruistic behavior taken rather than measuring an individual’s awareness of altruism.

More
© Text is available under the terms and conditions of the Creative Commons Attribution (CC BY) license; additional terms may apply. By using this site, you agree to the Terms and Conditions and Privacy Policy.
Upload a video for this entry
Information
Subjects: Psychology, Social ; Environmental Sciences ; Sociology
Contributor MDPI registered users' name will be linked to their SciProfiles pages. To register with us, please refer to https://encyclopedia.pub/register :
Kentaka Aruga
View Times: 2182
Revisions: 5 times (View History)
Update Time: 28 Oct 2020
Table of Contents
1000/1000
Hot Most Recent