+1 point
Thank you for your contribution! You can also upload a video entry related to this topic through the link below: https://encyclopedia.pub/user/video_add?id=21680
Check Note
2000/2000
Peer Reviewed
Cottage Culture in Finland: Development and Perspectives
Upload a video
This is a peer-reviewed entry published in Encyclopedia Journal, full entry can be found at 10.3390/encyclopedia2020049

This entry provides an understanding of the past, present, and future of the Finnish cottage culture to create an overall picture of its development trajectory and its terminology, e.g., villa, in this context denoting a second home. Convenient, ready-made solutions, easy maintenance, a high level of equipment, year-round use, location, and modern and simple architectural styles are important selection criteria for (summer) cottages that belonged only to the wealthy bourgeois class in the 19th century and have taken their present form with a major transformation in Finland since then. Additionally, municipal regulations and increased attention to ecological concerns are other important issues regarding the cottage today. Cottage inheritance has changed over the generations, and the tightening of building regulations and increased environmental awareness are key drivers of the future transformation of cottage culture. Moreover, the increasing demand for single-family and outdoor spaces created by social changes such as remote working, which has become widespread with the COVID-19 pandemic, will make the summer cottage lifestyle even more popular in Finland. It is thought that this entry will contribute to the continuance of the Finnish cottage culture, which is essential for the vitality of countryside municipalities, local development, national culture, and the well-being of Finnish people.

(summer) cottage second home (summer) villa holiday home Finland
Information
Subjects: Construction & Building Technology
Contributors :
Hüseyin Emre Ilgın
,
Markku Karjalainen
View Times: 413
Book: Encyclopedia of ZEMCH Research and Development
Online Date: 13 Apr 2022
Table of Contents
Second homes, rooted in ancient civilizations, differ conceptually from region to region and culture to culture [1]. In many countries, people have a second home to access the geographical and cultural benefits that their primary property cannot give them. Among the major factors that make owning a second home attractive, is the desire to be in a natural environment, the search for an authentic atmosphere, or the inclination towards a countryside lifestyle [2]. In this sense, second homes are preferred not only by the privileged group but also by many people as weekend getaways in Nordic countries [3]. Partly as a consequence of the prosperity and abundance of the region, Scandinavian people generally buy a second home in the rural areas. Likewise, in countries like Turkey, second homes in mountain regions are used by many people as part of their culture to avoid the hot season in the summertime. For this reason, the importance of global borders are being lessened and second homes are gradually gaining an international dimension [4].
The Nordic lifestyle is closely linked to nature and the highly anticipated but short-lived summer season [5]. The most popular and ideal way to spend the summer months in Finland is in a lakeside cottage surrounded by nature [6] (see Figure 1). This tradition is grounded in traditional culture and lifestyle and forms an important part of the Finnish national landscape [7]. Many Finns consider the cottage to balance out city life [8]. 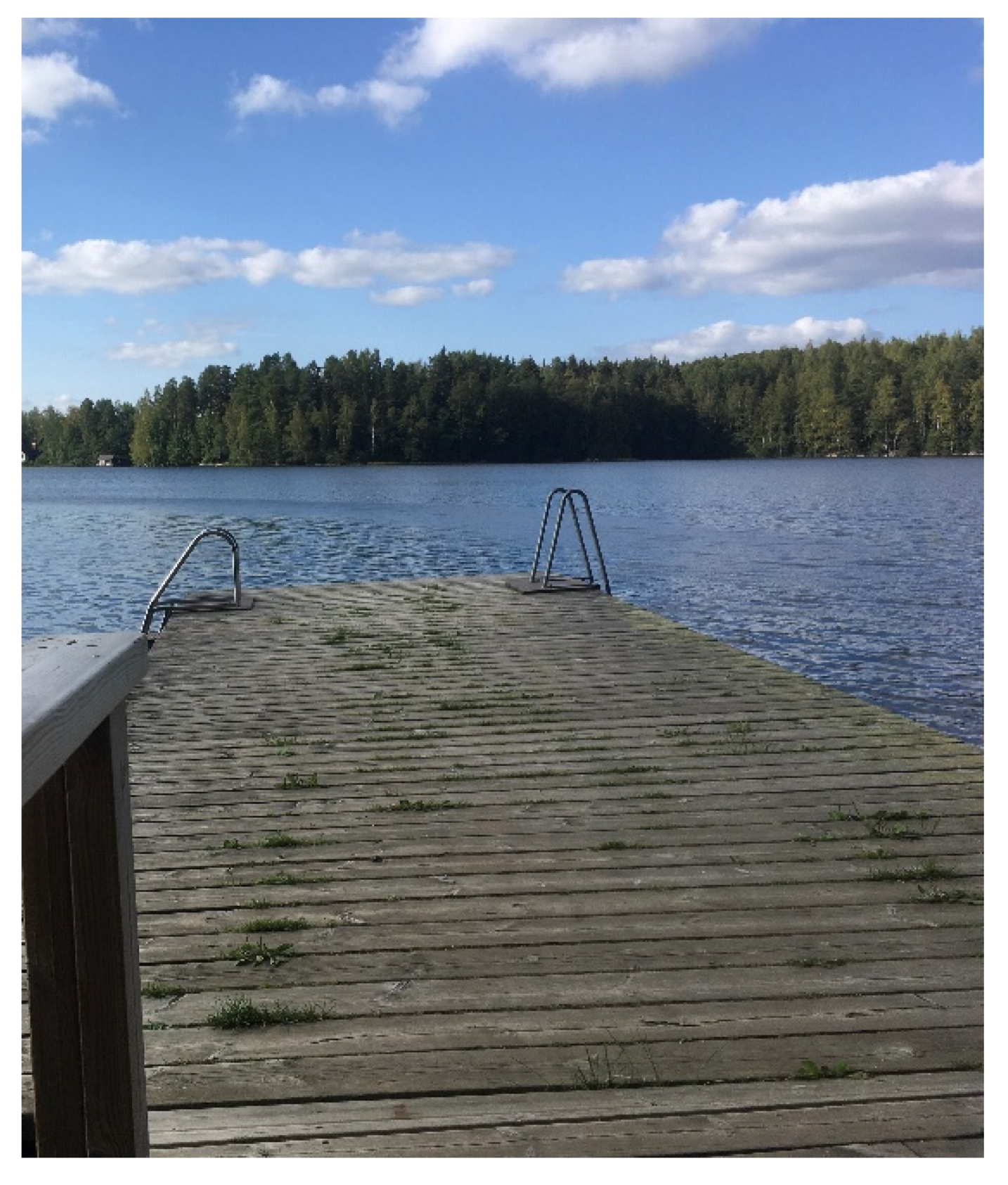 Figure 1. The typical view from a lakeside cottage plot in Finland (Photo courtesy of Hüseyin Emre Ilgın).
‘Cottage’ is the best explanatory translation of the Finnish term ‘mökki’, a word with a robust cultural value for Finnish people, which is widely used in everyday life and formal contexts. The term has many meanings, from a humble cottage to a luxury villa like a ‘second home’. A ‘cottage’ (see Figure 2) is constructed on a permanent basis and is defined as a residence used for recreational or leisure purposes [9]. The term ‘summer cottage’ is widespread and understood in Finnish, but it literally refers to dwellings used only in the summertime and is often linked to simple inhabitation. Additionally, terms that are functionally related to their meanings, e.g., holiday home, are mainly used for more official purposes and refer to leisure and vacation uses. Furthermore, second residence or second home is a common and modern notion that does not limit the use of the house as a term only for the holidays or a certain period of the year. In this entry, the term second home or place of residence is used to refer to a particularly well-outfitted year-round-use cottage. 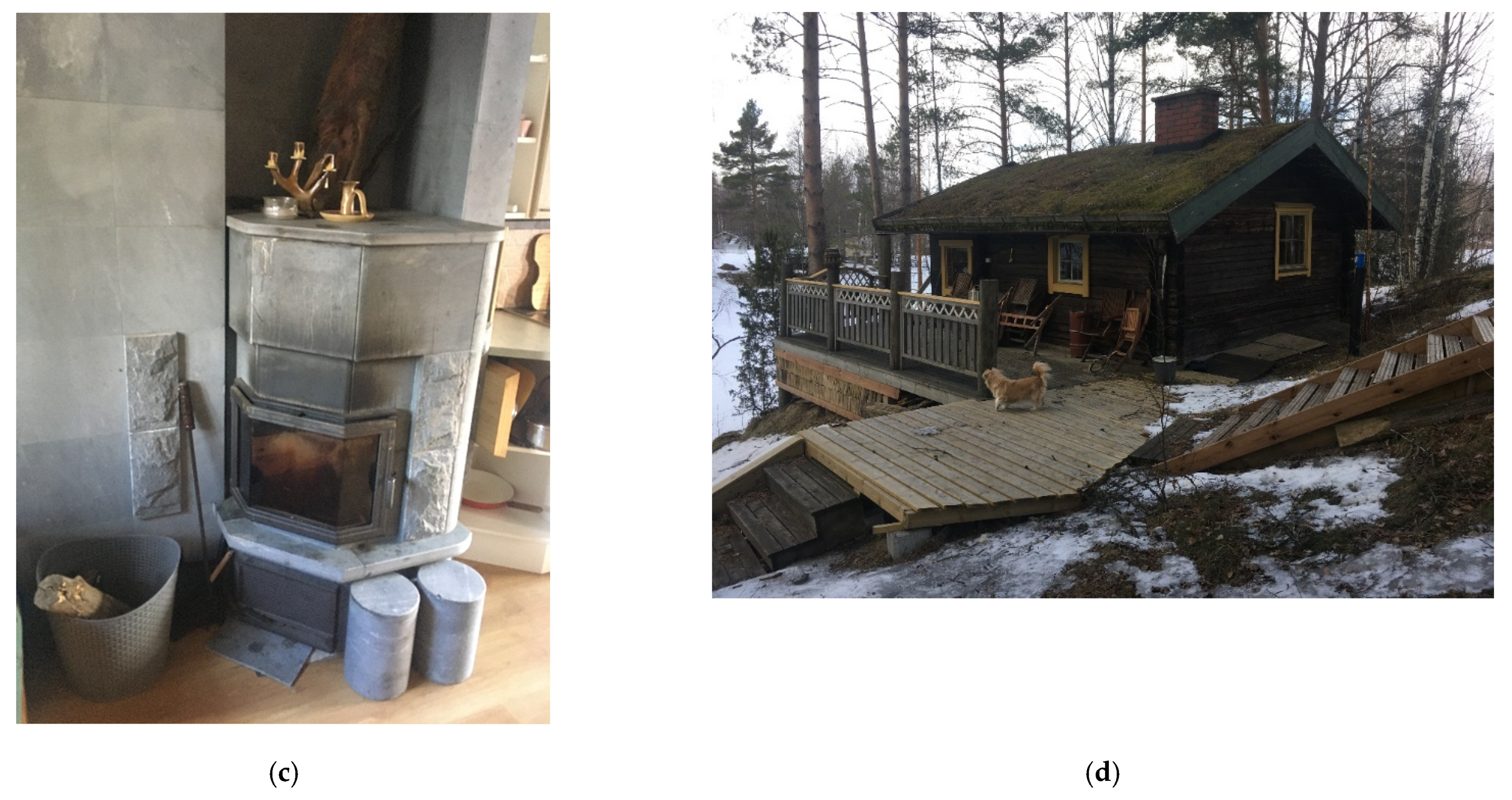 Figure 2. A cottage from the town of Ikaalinen, Finland: (a) entrance; (b) open kitchenette; (c) fireplace; (d) exterior view (Photos courtesy of Jenni Vilkman).
In the Finnish context, second homes play a vital role in the expression of the country’s cultural landscape [10], illustrating the significance of outdoor leisure and conventional activities [11]. A large segment of the Finnish people defines second homes as very valuable [12]. Additionally, the second home in rural municipalities is critical to the regional economy and has considerable job potential in Finland [13]. Second homes and tourism potential have also been the focus of academic research for a long time and have become an established part of leisure time in various countries [14][15][16][17][18][19][20]. Both in Finland and internationally, second homes have become not only an essential part of people’s leisure pursuits but also entire lifestyles [21].
The summer villa trend that started in the 19th century represented a model of luxury living that belonged only to the elite in the early years of Finland’s independence [7]. Originally built near cities, the earliest ancestors of these cottages later spread to the coastlines and countryside. As industrialization increased in cities, holiday homes offered an escape to the natural environment. In the 1950s, spending time in the cottage became the pastime of almost all Finns, and in the 1980s cottage construction increased and reached its peak. The number of cottages in Finland at the end of 2018 exceeded half a million [9][12].
The size, comfort level, and prevalence of use in the winter months of the cottages, whose ownership is gradually transferred to new generations, is increasing [22]. In addition, global factors, e.g., the sharing economy, flexible working practices, and increased environmental awareness due to climate crises, also significantly affect the Finnish cottage culture [19]. Restrictions on coastline building and new wastewater guidelines are on the agenda among Finnish cottage owners [23]. On the other hand, although the interest in Finnish cottages still seems high, inherited traditional cottages located in Finnish forests are at risk of deterioration and are struggling to respond to changing trends and needs.
Wood, which has never lost its popularity among construction materials, has always been the most common construction material in cottage architecture [24]. Cottage buildings and newly built holiday homes are almost entirely wooden, 70% of which are log buildings (see Figure 3) [25]. Wood is considered a natural, warm, and ecological material that is compatible with the Finnish landscape [26][27][28][29][30][31][32][33][34][35][36][37][38][39][40][41][42][43]. Features such as breathability, moisture balance, allergy friendliness, and esthetics are other prominent benefits of log construction [44]. 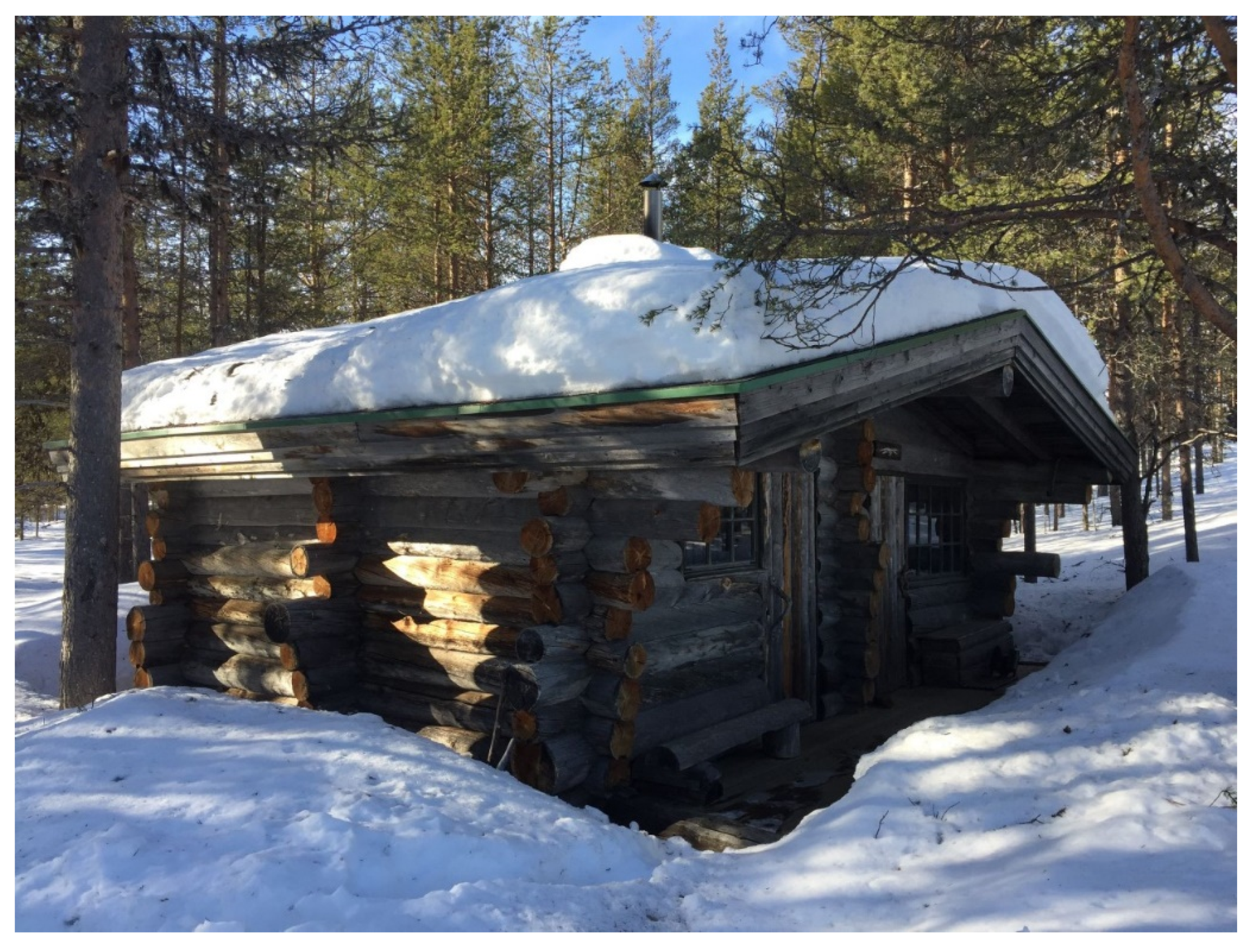 Figure 3. Log cottage example from northern Finland (Photo courtesy of Lotta Häkkänen).
Governance, development, mobility, and tourism are among the most discussed topics in the existing literature, terminologically based on the second home. To date, there are limited studies in the literature focusing on the Finnish cottage culture, which is of great social and economic significance for Finland [45].
The social aspect of the cottage phenomenon is accepted as one of the most critical dimensions and is associated with the themes of maintaining social facilities and infrastructure, increasing community welfare and social capital, and placing the commitments of second homeowners in the Finnish context [13]. Additionally, second home users are an important summer population group in various parts of Finland, creating demand for regional facilities and can be involved in community life and local politics. Considering the economic significance of the cottage culture in Finland, especially for countryside municipalities, multiple residences have a substantial effect on the regional economy and the second home provides significant business potential. In this context, second homes often make a large contribution to local economies, and this is especially significant as the population declines in countryside areas [13]. Other significant encouraging economic effects of second homes can be listed as follows: tax revenues to the local municipal economy, alleviating or rising estate prices, generating new jobs, creating new investments, and attracting new tourists. Thus, the cottage industry, which can be considered a historic initiative merging economic and cultural-political efforts in an institutional framework, is mainly defined as an economic activity that encourages an entrepreneurial and self-sufficient lifestyle in the countryside [46].
This entry focuses on the past, present, and future of the Finnish cottage, which together form an overall picture of the cottage’s development trajectory. In doing so, it identifies the aspects of change that affect the architecture and usage patterns of Finnish cottages and assesses the possible prospects and their impact on cottage construction and cottage architecture at a generic level. The entry also clarifies the terminology used, e.g., second home, summer villa, in this regard. It is believed that this entry will contribute to the continuation of the cottage culture, which is critical for the vitality of rural municipalities, local development, national culture in Finland, and the well-being of Finnish people.

More
© Text is available under the terms and conditions of the Creative Commons Attribution (CC BY) license; additional terms may apply. By using this site, you agree to the Terms and Conditions and Privacy Policy.
Upload a video for this entry
Information
Subjects: Construction & Building Technology
Contributors MDPI registered users' name will be linked to their SciProfiles pages. To register with us, please refer to https://encyclopedia.pub/register :
Hüseyin Emre Ilgın
,
Markku Karjalainen
View Times: 413
Book: Encyclopedia of ZEMCH Research and Development
Online Date: 13 Apr 2022
Table of Contents
1000/1000
Hot Most Recent