Submitted Successfully!
Thank you for your contribution! You can also upload a video entry related to this topic through the link below:
https://encyclopedia.pub/user/video_add?id=2002
Check Note
2000/2000
Occupational Exposure to Mycotoxins
Edit
Upload a video
This entry is adapted from 10.3390/toxins12080513

1. Exposure to Mycotoxins in Occupational Environments

Workers in several activity sectors are exposed to organic dust that contains different bacteria and fungi, as well as their components such as mycotoxins, endotoxins and glucans. High exposure to organic dust containing mycotoxins, secondary toxic metabolites produced by fungi, can occur during the development of several working routine activities, such as storage work, loading, handling, or milling contaminated materials (e.g., grain, waste, and feed) in different types of industries (e.g., brewing, bakeries), and others such as caring for animals in animal husbandry settings [1][2][3][4][5][6][7][8]. Despite this occupational exposure has been demonstrated in previous research work [9][10][11][12][13][14][15][16][17][18][19], exposure assessment is not routinely performed and mycotoxins are still not recognized as an occupational risk factor present in several workplaces [20].

Therefore, it is particularly relevant to properly characterize occupational exposure through the identification of mycotoxins, their levels, duration and main routes of exposure associated to the specific occupational environments, to understand the main determinants that may have an impact in exposure. Additionally, standardized methodologies (sampling and analysis) are needed to permit comparisons between the different studies [20]. Furthermore, until now, there have been insufficient epidemiological studies to evaluate the acute and chronic health effects of occupational exposure to provide a detailed picture of the health risks associated. Although with several challenges associated since one mycotoxin can cause several effects at different exposure levels, this is also crucial to the future development of occupational exposure limits for single mycotoxins and for mixtures of mycotoxins that are associated to similar health effects or sharing the same mode of action [20][21].

Considering the above, this paper intends to discuss the several possibilities available for assessing and characterizing the occupational exposure to mycotoxins through the description of the advantages and limitations of the different sampling strategies. Overviewing the approaches and the main achievements used in several field campaigns developed in Portugal, the knowledge obtained will be used to support the identification of the main aspects to consider when designing new occupational studies. The need for additional research work will also be tackled where new directions to follow will be discussed.

Exposures occurring in the workplaces are known to have several causes for variation among individual workers or groups of workers, such as job tasks differences (between-worker variability), related to the way of performing those tasks and to the daily or weekly distribution (tasks that occur in some days of the week or in some shifts of the day). Depending on the exposure assessment objective, a carefully planned sampling strategy is desirable so that measurements can be collected efficiently, and resources spent wisely [22]. The sampling strategy adopted should give results allowing to draw conclusions about exposure (how, when and who), risk and the guidance for the most suitable risk management measures to put in place. For this, the EN 689:2020 (Workplace Exposure—Measurement of Exposure by Inhalation to Chemical Agents—Strategy for Testing Compliance with Occupational Exposure Limit Values) can be followed and adapted according to the specific objectives of the study. However, this EN mentions as a first step the need to identify the chemical agents present in the workplace based on safety data sheets and other information that do not lead to mycotoxins since these are not a raw material or a final product and are, instead, an undesirable contaminant of the raw materials or workplace environment. Therefore, recognize mycotoxins presence in the workplace is a challenging goal and requires specific expertise, with only an experimented occupational hygienist, being able to identify the possible presence of mycotoxins and define a suitable monitoring campaign, can achieve.

Another major aspect is the fact that occupational exposure data are often collected without adequate or sufficient contextual information about the workplace impairing the effective use of data for exposure assessment purposes [20][23]. Therefore, the importance of collecting contextual information that allows understanding and identifying the sources and determinants of exposure is of high relevance and can significantly improve our understanding of the variability in exposure measurements [23]. For mycotoxins, and because they are contaminants and not a chemical intentionally added or used in a process, it is fundamental to collect information about all the raw materials (e.g., flour, feed) in presence and their origin to understand if there is a need of measuring mycotoxins and, with this, pinpoint mycotoxins source in that workplace environment. This information is also very relevant to identify the risk management measures to put in place to avoid exposure.

An exposure assessment strategy should also characterize exposure variability (e.g., different levels along the work shift) and can be used for multiple purposes (e.g., baseline monitoring, evaluating new or in place risk management measures and to obtained epidemiological data). A common approach consists of measuring exposures due to individual tasks and using these data to estimate full-shift averages rather than measure full-shift averages directly. This task-based exposure assessment allows the evaluation of the contribution of specific tasks to overall exposures and supports the information where the risk management measures can have major impact in the overall exposure [23][24]. This approach might be relevant in the case of mycotoxins exposure since exposure through inhalation occurs essentially in tasks linked with high exposure to organic dust [20]. Probably those tasks should be the ones targeted for the implementation of risk management measures aiming to reduce exposure to organic dust.

Another approach described in EN 689:2020 is the constitution of similar exposure groups (SEGs), that can significantly simplify the exposure assessment if several workers have the same exposure profile. The SEG is composed by a group of workers having the same general exposure profile for the chemical agent(s) being studied because of the similarity and frequency of the tasks performed, the materials and processes with which they work, and the similarity of the way they perform the tasks. If several workers have the same exposure profile the measurements performed on some workers of the SEG will allow to conclude about exposure of all workers of the SEG. This approach can be used in both type of monitoring: environmental (air, raw materials) or biomonitoring.

Mycotoxins are a group of compounds with different toxicokinetic’ characteristics, namely the half-life in human body and excretion time. It has been referred that sampling could have an influence in the exposure assessment since significant differences were determined between mycotoxins’ urinary biomarkers levels when considering a 24 h urine sample or a first-morning urine sample [25]. These differences could have a higher impact when considering contaminants with short half-lives [26][27]. Thus, the sampling strategy (moment of sampling) should consider the toxicokinetic of each mycotoxin to allow the correct interpretation of the data and to better identify exposure sources (workplace or food consumption).

Figure 1 summarizes the key aspects that should be considered when occupational exposure assessment to mycotoxins is planned or performed. 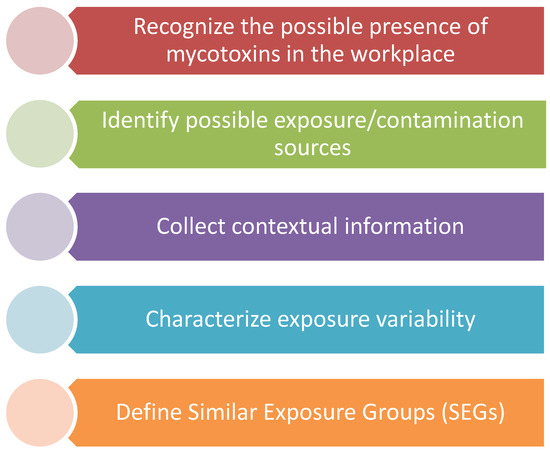 Figure 1. Key aspects to consider on the occupational exposure assessment to mycotoxins.

More
© Text is available under the terms and conditions of the Creative Commons Attribution (CC BY) license; additional terms may apply. By using this site, you agree to the Terms and Conditions and Privacy Policy.
Upload a video for this entry
Information
Subjects: Microbiology
Contributor MDPI registered users' name will be linked to their SciProfiles pages. To register with us, please refer to https://encyclopedia.pub/register :
Carla Martins
View Times: 164
Revisions: 2 times (View History)
Update Time: 26 Oct 2020
Table of Contents
1000/1000
Hot Most Recent