Submitted Successfully!
Thank you for your contribution! You can also upload a video entry related to this topic through the link below:
https://encyclopedia.pub/user/video_add?id=18795
Check Note
2000/2000
Development of Bottom-Blowing Copper Smelting Technology
Edit
Upload a video
This entry is adapted from 10.3390/met12020190

Bottom-blowing copper smelting technology was initiated and developed in China in the 1990s. Injection of oxygen-enriched high-pressure gas strongly stirs the molten bath consisting of matte and slag. Rapid reaction at relatively lower temperatures and good adaptability of the feed materials are the main advantages of this technology. Development and optimisation of bottom-blowing copper smelting technology were supported by extensive studies on the thermodynamics of the slag and the fluid dynamic of the molten bath.

Smelting is one of the important processes in the pyrometallurgical production of blister copper in which copper–iron sulphides are oxidised to form molten matte and slag. Flash smelting and bath smelting are the major smelting technologies in copper production. Copper concentrates react with oxygen directly in the flash smelting process which has the advantages of high capacity and automatic control. However, fine and dry feeds are required for the flash smelting furnace to enable fast reactions. As a result, considerable feed preparation is required, and the dust rate is relatively higher. It has limited ability to treat scrap and other copper-containing materials with large sizes. Bath smelting is an alternative technology to flash smelting which involves the reactions of copper concentrate with oxygen in the molten bath. Several technologies have been developed based on the bath smelting principles that include IsaSmelt/Ausmelt, Noranda/El Teniente, Vanyukov, Mitsubishi and recently developed bottom-blowing smelting (BBS) process [1][2][3][4]. Due to its unique technological features, such as good adaptability to raw materials, high oxygen utilisation and thermal efficiency, and flexible capacity, BBS technology has attracted strong interest from the copper industry [5][6][7][8][9][10][11][12][13][14]. In 2016, 13 BBS furnaces were constructed or were under construction with the capacity of 1600 kt/a copper production. The furnace size ranged from Ø3.8 m × 11.5 m to Ø5.8 m × 30 m [5][14]. The fundamental studies including thermodynamics of the slag and fluid dynamic of the molten bath have been extensively conducted in recent years to understand and support the new technology. This review summarises the development of the copper BBS including the history, features and relevant fundamental studies.

From November 1991 to June 1992, a plant trial was conducted at Shuikoushan (SKS) Smelter for a period of 217 days to smelt copper concentrate in a bottom-blowing furnace [15][16]. The name of SKS Smelting Technology was therefore used initially to represent the bottom-blowing copper smelting technology. Figure 1 below shows the flowsheet of the SKS trial [16]. It can be seen from the figure that carbon fuel was used during the trial, and the feeds were palletised during the trial. The smelting slag was treated by flotation process to recover copper and the concentrate from the flotation was sent back to the bottom-blowing furnace (BBF). Only the coarse flue dust from the BBF and PS converter was sent back to the BBF. The detailed operating parameters are given in Table 1. It can be seen from Table 1 that the BBF treated 50 t feeds per day during the trial and Cu in the concentrate was approximately 20%. Matte with 50% Cu was produced and Cu in the slag was in the range of 1–3%. Oxygen utilization at 100% was claimed and a lance life of 5000 h was estimated. 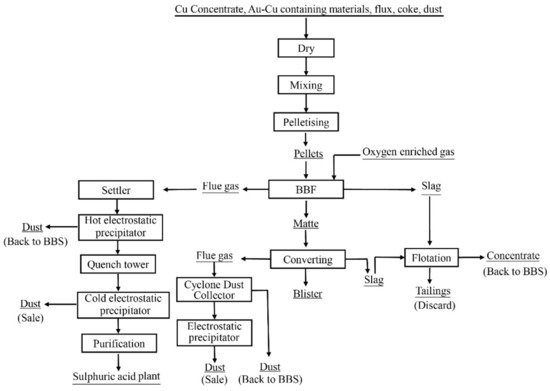 Figure 1. Flowsheet of SKS copper smelting technology, adapted from [16].
Table 1. Detailed operating parameters during SKS trial. Data derived from [16].
In 2005 the first industrial scope BBF was built in Sin Quyen smelter in Vietnam. The size of the furnace was Ø3.8 m × 11.5 m and the capacity was designed to be 10,000 t Cu per year [6][17]. However, the BBF in Sin Quyen smelter seemed not operating properly as no operating details were reported. In 2008 the first real commercialised BBF started in Dongying Fangyuan Nonferrous Metals (Fangyuan) [7]. The main equipment was a horizontal cylindrical furnace shown in Figure 2. The size of the furnace was Φ 4.4 m × 16.5 m and it was lined with 380 mm thick chrome-magnesia bricks. The BBF had nine gas lances arranged in two rows on the bottom, five lances at 7 degrees and four lances at 22 degrees towards the outside. Each lance consisted of an inside tube and an external shroud. The inside tube injected pure oxygen and the shroud injected airflow as a coolant to protect the lance. The furnace operated with a rotation mechanism so the lances could be rolled above the molten bath during maintenance, repair, power failure or another emergency. Mixed feed materials with 7–10 wt% moisture were continuously transported by a belt conveyor into the high-temperature melt in the furnace through a feed mouth located above the reaction zone. High-pressure oxygen and air were blown constantly by the lances into the copper matte, in which iron and sulphur were rapidly oxidised. The by-product SO2 was sent to the acid plant and the slag was tapped regularly followed by the flotation process to recover copper. Matte was tapped regularly and sent to the PS converters by a ladle.

Figure 2. The bottom-blowing furnace at Dongying Fangyuan Nonferrous Metals. Reprinted with permission from ref. [7]. Copyright 2021 John Wiley and Sons.
Table 2 shows key process parameters in the Fangyuan smelting plant in January 2012 compared with the initial design. The effort made by the management and engineers enabled unexpected performance to be achieved in the first commercialised BBF. Differently from the trials in Shuikoushan, the following advantages were demonstrated in the Fangyuan BBF:

(1).No carbon fuel was used—no CO2 was generated.
(2).Feed preparation was not required—up to 100 mm size could be fed into the BBF directly.
(3).High-grade matte with 70% Cu was produced—more concentrate could be treated.
(4).Concentrate feed rate increased from 32 to 75 dry t/h—the furnace capacity was more than doubled.

Top blowing technology (Ausmelt and Isasmelt) requires pelletised feeds and side blowing technology (Teniente Converter) needs to inject dry and fine particle feeds. BBF can treat a wide range of size feeds up to 100 mm diameter with moisture up to 10%.

Much higher gas pressure in BBF has many advantages confirmed by Kapusta et al. [18][19][20][21][22][23]. As one of the significant developments at Fangyuan, a series of trials were undertaken to identify the optimum pressures of the oxygen and air in the lances. It was found that optimum gas pressures were related to the feeding rate, the viscosity of the slag, thicknesses of the slag and matte layers. The following requirements need to be met: (1) no backflow of matte into the lances; (2) enough stirring for rapid reactions and generation of the surface wave; (3) no strong splashing of the slag and matte to block the feed mouth and (4) a protection accretion is formed at the tip of the lance. Figure 3 shows the “mushroom” formed at the tip of the lances which enabled the lance life to be over 10 months [7]. These mushroom tips not only protect the lances but also distribute the injected gases to small bubbles. 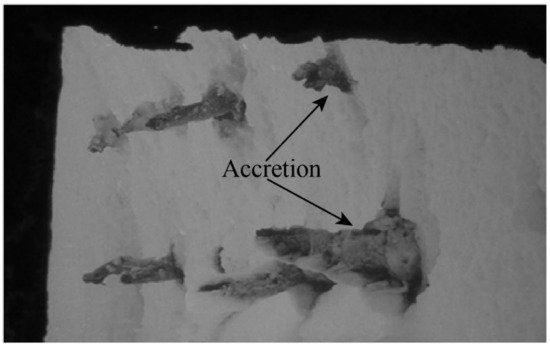 Figure 3. “Mushroom” tips formed on the lances of the Fangyuan BBF. Reprinted with permission from ref. [7]. Copyright 2021 John Wiley and Sons.

Autogenous operation was achieved in the BBF at Fangyuan for smelting of normal copper concentrates. This operation reduced energy consumption and CO2 emission. The autogenous smelting was obtained by (1) low-temperature operation; (2) low slag rate resulting in a high Fe/SiO2 ratio; (3) low off-gas volume resulting in high oxygen concentration; (4) high thermal efficiency as most of the oxidisation reactions occur in the lower part of the bath, the heat generated from these reactions can be efficiently absorbed by the molten matte and slag.

The slag temperatures measured at the taphole of the Fangyuan BBF were usually in the range of 1150 to 1170 °C which was much lower than the liquidus temperature of the slag [7][24]. Approximately 20% solid spinel was present in the slag which increased the slag viscosity significantly. High-pressure gases injected from the bottom of the molten bath can generate surface waves that push the viscous slag out of the furnace through the taphole. The advantages of low-temperature smelting are (1) no extra fuels are required to maintain smelting temperature (although oil jets were available on both ends of the BBF, they were rarely used); (2) low consumption of the refractory. There was no significant erosion of the refractory on most parts of the furnace after one and a half years operation since spinel accretion was formed to protect the refractory [24][25][26][27]; (3) relatively higher viscosities of the matte and slag allowed higher pressures of the injected gases without strong splashing; (4) a higher-grade matte can be produced at a lower temperature at a given oxygen partial pressure.

More
© Text is available under the terms and conditions of the Creative Commons Attribution (CC BY) license; additional terms may apply. By using this site, you agree to the Terms and Conditions and Privacy Policy.
Upload a video for this entry
Information
Subjects: Metallurgy & Metallurgical Engineering
Contributor MDPI registered users' name will be linked to their SciProfiles pages. To register with us, please refer to https://encyclopedia.pub/register :
Baojun Zhao
View Times: 458
Revisions: 2 times (View History)
Update Time: 26 Jan 2022
Table of Contents
1000/1000
Hot Most Recent