Submitted Successfully!
Thank you for your contribution! You can also upload a video entry related to this topic through the link below:
https://encyclopedia.pub/user/video_add?id=17056
Check Note
2000/2000
Tragia L. Genus
Edit
This entry is adapted from 10.3390/plants10122717

Tragia L. is a genus of plants belonging to the Euphorbiaceae family with worldwide intertropical distribution, composed of more than 150 species.

The genus Tragia is one of the 317 genera in the Euphorbiaceae family. There are 161 accepted names belonging to 154 species in the Tragia genus, with “pantropical and warm temperate distribution” [1][2]. The etymology for the name of this genus comes from the Greek tragos, meaning goat. This name may stem either from the name of the German botanist Hieronymus Bock—Bock means “ram” or “he-goat” in German, or from the hairy appearance of the plant that would resemble a male goat [3].
Tragia species exhibit very ample morphological characters: they are perennial plants with herb, shrub, subshrub and twining vine growth habits, with lanceolate leaves presenting either entire or serrated margins. Plants belonging to this genus sting when touched due to the presence of leaf hairs with a needle-shaped crystal of calcium oxalate (raphide) in the terminal cells that is expelled on contact and punctures the skin, allowing irritants to enter and cause transient stinging [4][5], presumably a defense mechanism against herbivores [6]. Several common names for Tragias, such as noseburn (Tragia spp.), Indian stinging nettle (T. involucrata), fireman (T. volubilis) or stinging nettle creeper (T. durbanensis), are due to this stinging property.
Species belonging to Euphorbiaceae in general and to Tragia in particular are still not fully settled [7], as new species are being discovered [8] and species are being reassigned to other genera [1][9], so the number of species in the genus is still subject to change.

Species belonging to the Tragia genus are present in subtropical America, Eastern and Southern Africa, the Indian subcontinent and Northeastern Australia. Of the 154 species listed in the genus [10], 94 are found in Africa, 48 in America, 10 in Asia and 3 in Oceania, with some species such as T. arabica and T. plukenetii present both in Africa and Asia. 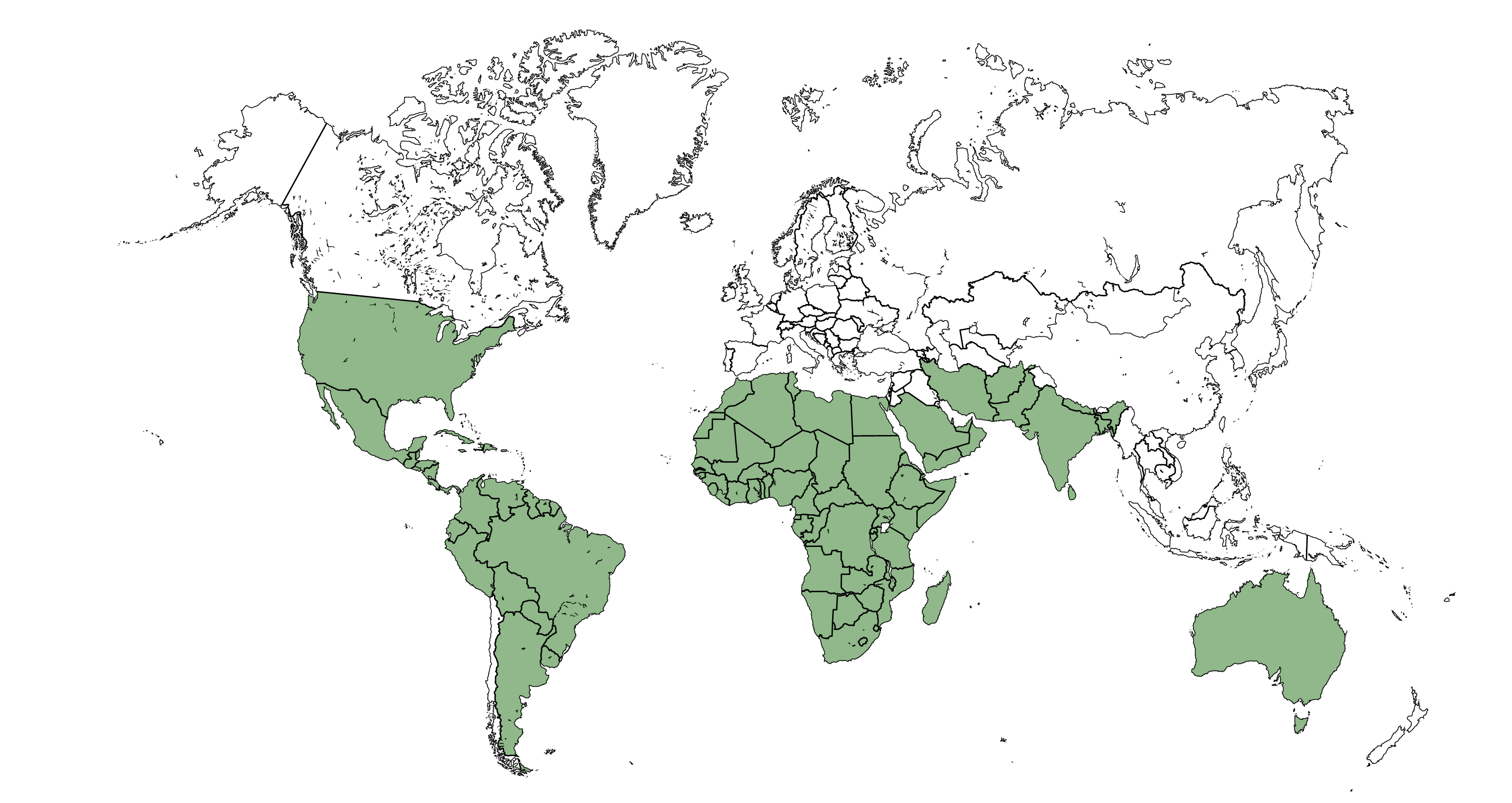 Of the more than 150 species of the genus, few appear in the scientific literature, and even fewer are mentioned from an ethnopharmacological perspective. Notwithstanding, Tragia species are a part of traditional medicinal systems of East Africa and the Indian subcontinent, such as Siddha and Ayurveda [11], with documented uses of T. involucrata appearing as early as the 1st century CE [12] and with only a handful of mentions of Tragia species in the New World pharmacopoeia, concerning mostly topical applications. There is concern over an excessive use of Tragia species, e.g., Tragia bicolor, which poses a conservation hazard [13][14].
Most of the interest in this genus has been focused on four species: Tragia involucrata, Tragia spathulata, Tragia plukenetii and Tragia benthamii [15], with the bulk of the research focused on T. involucrata. Nevertheless, several more species and their medicinal uses appear in literature.
According to the ATC classification, the most frequent ethnopharmacological uses of Tragia spp. in ethnopharmacology are: genitourinary system and sex hormones, with 19% of occurrences (15 of 77); nervous system, with 12%; and alimentary tract and metabolism, anti-infective for systemic use and antineoplastic and immunomodulating agents with 10% of occurrences each. The “various” classification presents 17% of occurrences, which include non-specified and vague uses, such as “toxic” or “medicinal”.
As for the morphological structures used per species, the most common are the leaves, 38%; followed by “not specified”, 33%; whole plant, 15%; roots, 13% and a single occurrence of endophytes (3%).

Biological activity tests of Tragia, both in vitro and in vivo, are performed mostly with plant extracts and to a much lesser degree with essential oils: leaf, root or the whole plant, although ethnopharmacological uses mostly employ the plant via infusions, decoctions or ashes [15][16]. Different solvents and solvent mixtures have been used for the extracts, mainly methanol and ethanol. Due to the presence of Tragia in ethnomedical traditions in Africa and Asia, there is a team of research about the bioactivity of Old World Tragia extracts that have confirmed their activity and potency in some cases. Not all the health claims or traditional uses recorded have been validated through research. Again, the bulk of the research is centered on T. involucrata.

Extracts of T. benthamii, T. brevipes, T. involucrata, T. pungens and T. spatulatha have been tested to ascertain their in vitro activity for a variety of uses.
In vitro biological activity tests devote the most attention to leaves (36%), with whole plant and root used to a lesser extent, with both 14%. Extraction solvents are methanol (47%), DCM (5%), Ethyl acetate (10%), water (6%), chloroform (5%), petroleum ether (5%), ethanol (5%) and acetone (5%). This solvent usage supports the assumption that most active compounds are moderately polar and are thus extracted with polar solvents.
Testing centers on antibacterial (41%) and antifungal (18%) activity of the extracts, with antiproliferative (12%) and antidiabetic, antiurolithiatic, radioprotective, immunomodulatory and cytotoxic effects (6% each) behind. This is a different profile than what was found in the ethnomedicinal claims, which centers on the genitourinary system and sex hormones. This is justified because aphrodisiacs do not have the expected properties [17].

Besides in vitro activity testing, research has been done in animal models, mostly mice and also chicks, with at least one clinical trial performed in humans.
Most of the research (73%) centers on T. involucrata, with T. plukenetii (18%), T. benthamii (9%) and T. furialis (5%) behind. In vivo assay extracts were obtained from leaves (29%), whole plant (25%), root (21%) and aerial parts (8%). Solvents used are methanol (48%), ethanol (26%) and water (13%), which shows that most active compounds are polar and are thus extracted with polar solvents.
For both in vitro and in vivo testing, the most common effect is antibacterial and antimicrobial with 22% of the reviewed studies. This is higher than the 10% reported in the ethnopharmacological uses. Effects having to do with cancer prevention and treatment—antiproliferative, antitumor, cytotoxic immunomodulatory and radioprotective—add up to 17% of the reported effects, which makes it the second most frequent use. Analgesic and anti-inflammatory activity is equally reported in 10% of the tests.
The findings reported in literature validate several medicinal use cases for Tragia species and dismiss some claims, e.g., T. meyeriana as an antineoplastic [18].

Phytochemical studies allow for the identification, separation and isolation of compounds of interest [19]. Based on phytochemical screenings published in the literature, the main secondary metabolites found in Tragia species extracts are alkaloids, glycosides, flavonoids, and sterols [15][20].
Some compounds found in plants belonging to the Tragia genus, classified according to their chemical nature, are listed in Table 1. Where applicable, the biological activity of the identified compound has been mentioned.
Table 1. Compounds isolated/identified in Tragia extracts and oils and their biological effect.
Identification of the compounds relies heavily on spectroscopic and spectrometric methods [19], and chromatography retention times and comparison with the literature are also used for tentative identification.
A strength of the genus is its diversity and its pantropical distribution, which makes it readily available in most tropical countries. A weakness would be that, despite the interest shown concerning T. involucrata and other traditionally medicinal species, there appear to be no drugs derived from plants of these species, remaining in the realm of herbal remedies and plant extracts, entailing less medicinal interest than other genera of the Euphorbiaceae family, notably Euphorbia [7]. This can be attributed to the stage of research, with most work performed in vitro or in vivo and with a single clinical trial [30]. Hopefully the current research will advance into new drugs.

More
© Text is available under the terms and conditions of the Creative Commons Attribution (CC BY) license (http://creativecommons.org/licenses/by/4.0/)
Upload a video for this entry
Information
Subjects: Chemistry, Medicinal
Contributors MDPI registered users' name will be linked to their SciProfiles pages. To register with us, please refer to https://encyclopedia.pub/register :
Juan Carlos Romero-Benavides
,
Rodrigo Duarte-Casar
View Times: 146
Revisions: 4 times (View History)
Update Time: 16 May 2022
Table of Contents
1000/1000
Hot Most Recent