Submitted Successfully!
Thank you for your contribution! You can also upload a video entry related to this topic through the link below:
https://encyclopedia.pub/user/video_add?id=16619
Check Note
2000/2000
ICN Model Approach
Edit
This entry is adapted from 10.3390/socsci10120448

During the last two decades, determining the urban boundaries of cities has become one of the major concerns in the urban and regional planning subject domains. Many scholars have tried to model the change of urban boundaries as it helps with sustainable development, and here researchers reported a ICN model.

Cities are the outcome of the historical evolution of space, clustered and stacked according to the communities and resource agglomeration over many decades (Lee 2021). This integrated nature of city clusters form different city scales according to their degree of urban agglomeration, which have caused dramatic changes in the urban boundaries of cities. In such a context, understanding of the urban boundaries of cities provides significant insights into recognizing the dynamic nature of the urbanization process of the cities and mapping out specific development policies to avoid, minimize, or solve the social and environmental problems along with the urbanization process of the cities (Peng et al. 2018). It also distinguishes urban development trends and patterns, urban sprawling effects and the distribution of resources in cities, which helps to address the socio-economic-ecological causes and consequences of these cities (Xiaofang et al. 2020). In such a context, demarcating the urban boundaries of cities provides significant insights for the urban planners, transport engineers and geographers in many dimensions.
However, lesser attention has been paid from the research community to delineate the urban boundaries in a systematic manner, as most of the countries continue to remain on the minimum population size threshold with fixed administrative classifications to delineate the urban boundaries of cities by considering the diversity of natural and physical attributes. (Dijkstra et al. 2021), (Henriques et al. 2020). For instance, in Sri Lanka, Municipalities and Urban Council areas are distinguished as urbanized areas by considering the population density and natural and physical characteristics of the land in these areas—regardless of its urban functionality. Thus, applying these thresholds and classifications as spatial units to classify the urban boundaries of cities has resulted in a significant mismatch of the cities’ actual scale, size, and shape of the urban boundaries and reduced the international comparability of the urban scales of cities (Dijkstra et al. 2021), (Song et al. 2018). This contradiction of urban area classification is discussed in depth by (Henriques et al. 2020), and it distinguishes the different approaches applied to classify the different territories as urban, depending on the different official institutions and the purposes that initiate these classifications. In such a context, this dilemma hindered the implementation of sustainable development measures and the social policy making of cities because such efforts were not affected to the actual city area (Dijkstra et al. 2021). For instance, municipality services (i.e., garbage collection, sewerage and drainage cleaning, infrastructure, and community development projects, etc.) and municipality policies, (i.e., taxation, public funding, and social security regulations, etc.) are significantly underestimated from the actual urban area of the city and limited to the administratively or arbitrarily defined city area. Hence, apart from the administrative boundary definition, it has been proposed to include multiple urban boundary definitions which are mainly focused on the geographic features, urban form, economic composition, and commuter distribution, (i.e., trip generation and distribution), etc. (Mortoja et al. 2020), (Chakraborti et al. 2018). In order to solve this complexity, for the purpose of study, this article defines ‘urban boundary’ as the maximum functional extent, (i.e., urban fringe) of the urban cluster, which is derived by the maximum self-similarity distribution of Fractal Dimension of percolation clusters by the iCN Model. Here, self-similarity denotes the similarity of individual parts to the whole structure when it is scaled down or magnified to each individual part. Thus, Fractal Dimension depicts the statistical ratio of complexity of structure by comparing how self-similarity changes with scale (Jiang and Brandt 2016), (Zhang et al. 2014). 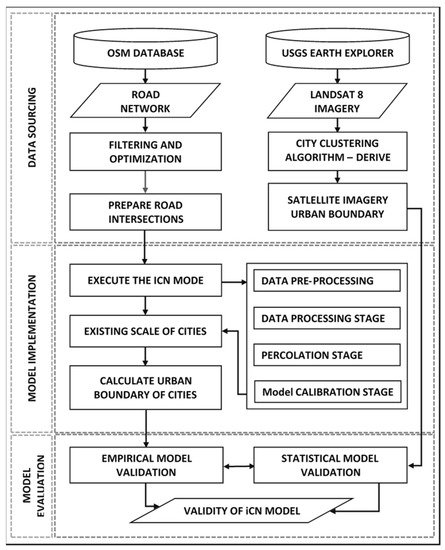 Figure 1. Analytical framework of the study.
The detailed steps of iCN Model implementation is presented in the following section.

The implementation of the iCN Model can be divided into four major steps: I. Data Pre-processing Stage, which includes the initial data preparations; II. Data Processing Stage, which contains the intersection points generating and data optimization steps; III. Clustering Stage, which consists of the application of the percolation process; and IV. Calibrating stage, which consists of the calculating of the fractal geometry to derive the existing urban boundaries of cities. The open-source GIS applications were utilized to initiate each and every modeling step. The detailed information of the iCN model implementation is discussed in depth in (Kalpana et al. 2021).

More
© Text is available under the terms and conditions of the Creative Commons Attribution (CC BY) license (http://creativecommons.org/licenses/by/4.0/)
Upload a video for this entry
Information
Subjects: Regional & Urban Planning
Contributor MDPI registered users' name will be linked to their SciProfiles pages. To register with us, please refer to https://encyclopedia.pub/register :
Amila Jayasinghe
View Times: 73
Revisions: 2 times (View History)
Update Time: 02 Dec 2021
Table of Contents
1000/1000
Hot Most Recent