Submitted Successfully!
Thank you for your contribution! You can also upload a video entry related to this topic through the link below:
https://encyclopedia.pub/user/video_add?id=16462
Check Note
2000/2000
Applications of Deep Reinforcement Learning in Other Industries
Edit
Upload a video
This entry is adapted from 10.3390/make3040043

Reinforcement Learning (RL) is an approach to simulate the human’s natural learning process, whose key is to let the agent learn by interacting with the stochastic environment.

DRL is the combination of Deep Learning and Reinforcement Learning, and it’s more robust than Deep Learning or Reinforcement Learning. However, it inherits some drawbacks that DP and RL have.
Deep Learning extracts features and tasks from data. Generally, the more data provided in training, the better performance DL has. Deep Learning requires lots of data and high-performance GPUs to achieve specific functions. Due to the complex data models, it’s costly to train the models. There’s no standard rule for selecting DL tools or architectures, and tuning the hyperparameters could also be time-consuming. This makes DL unpractical in many domains.
Reinforcement Learning imitates the learning process of humans. It is trained by making and then avoiding mistakes. It can solve some problems that conventional methods can’t solve. In some tasks, it also has the ability to surpass humans. However, RL also has some limitations. First of all, too much reinforcement might cause an overload of states, diminishing the results. Secondly, RL assumes the environment is a Markovian model, in which the probability of the event depends only on the previous state. Thirdly, it has the disadvantages of the curse of dimensionality and the curse of real-world samples. What’s more, we have mentioned the challenges of setting up rewards, balancing exploration and exploitation, etc. [1]. Reinforcement Learning is an expensive and complex method, so it’s not preferable for simple tasks.
Employing DRL in the real world is complex. Dulac-Arnold et al. [2] addressed nine significant challenges of practical RL in the real world. They presented examples for each challenge and provided some references for deploying RL:

An intelligent transportation system (ITS) [17] is an application that aims to provide safe, efficient, and innovative services to transport and traffic management and construct more intelligent transport networks. The technologies include car navigation, traffic signal control systems, container management systems, variable message signs, and more. Effective technologies like sensors, Bluetooth, radar, etc., have been applied in ITS and have been widely discussed. In recent years, with DRL steps into vision, the application of DRL in ITS has been researched. Haydari and Yilmaz [18] presented a comprehensive survey on DRL for ITS.

Automatic process control in engineering systems is to achieve a production level of consistency, economy, and safety. In contrast to the traditional design process, RL can learn appropriate closed-loop controllers by interacting with the process and incrementally improving control behavior.
Spielberg et al. [29] proposed a DRL method for process control with the controller interacting with a process through control actions. Deep neural networks serve as function approximators to learn the control policies. In 2019, Spielberg et al. [30] also developed an adaptive model-free DRL controller for set-point tracking problems in nonlinear processes, evaluated on Single-Input-Single-Output (SISO), Multi-Input-Multi-Output (MIMO), and a nonlinear system. The results show that it can be utilized as an alternative to traditional model-based controllers.

Smart grids are the development trend of power systems. They’ve been researched for years. The rise of artificial intelligence enables more complex techniques in smart grids and their future development. Zhang et al. [31] provided a review on the research and practice on DRL in smart grids, including anomaly detection, prediction, decision-making support for control, etc.
Rocchetta et al. [32] developed a DQN-based method for the optimal management of the operation and maintenance of power grids, which can exploit the information gathered from Prognostic Health Management devices, thus selecting optimal Operation and Maintenance (O&M) actions.
State estimation is critical in monitoring and managing the operation of a smart grid. An et al. [33] proposed a DQN detection (DQND) scheme to defend against data integrity attacks in AC power systems, which applies the main network and a target network to learn the detection strategy.
Wei et al. [34] proposed a recovery strategy to reclose the tripped transmission lines at the optimal time. The DDPG-based method is applied to adapt to uncertain cyber-attack scenarios and to make decisions in real-time, shown in Figure 2. The action in the cycle is to to reclose the tripped lines at a proper time. The reward is the transient energy including potential energy and kinetic energy. 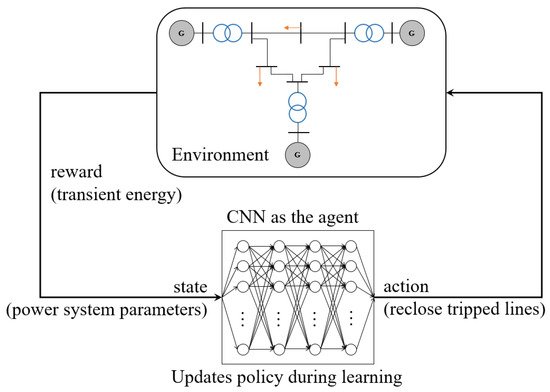 Figure 2. The schematic diagram of smart grid using DRL [34].
Mocanu et al. [35] utilized DRL in the smart grid to perform online optimization of schedules for electricity consuming devices in buildings and explored DQN and Deterministic Policy Gradient (DPG), both performing well for the minimization of the energy cost.

Modern networks, including the Internet of Things (IoT) and unmanned aerial vehicle (UAV) networks, need to make the decisions to maximize the performance under uncertainty. DRL has been applied to enable network entities to obtain optimal policies and deal with large and complex networks. Jang et al. [36] provided a survey on applications of DRL in communications and networking for traffic routing, resource sharing, and data collection. By integrating AI and blockchain, Dai et al. [37] proposed a secure and intelligent architecture for next-generation wireless networks to enable flexible and secure resource sharing and developed a caching scheme based on DRL. Also, Yang et al. [38] presented a brief review of ML applications in intelligent wireless networks.

There are many applications based on DRL in various domains. In this section, the applications in healthcare, education, finance and aerospace will be briefly discussed.