Submitted Successfully!
Thank you for your contribution! You can also upload a video entry related to this topic through the link below:
https://encyclopedia.pub/user/video_add?id=16389
Check Note
2000/2000
Olive Tree and Derivatives
Edit
Upload a video
This entry is adapted from 10.3390/foods10112611

Olive (Olea europaea) is one of the most extensive crops in the Mediterranean countries, and an important source of extra distinctive compounds that has been widely tested due to its known health benefits. Olive derivatives, such as extra virgin olive oil (EVOO) and olive leaves are rich in antioxidant compounds such as hydroxytyrosol (HXT) and oleuropein and oleic acid, as main monounsaturated fatty acid. Because of HXT molecular structure, its regular consumption reports important beneficial properties such as anti-inflammatory, antimicrobial, antioxidant, and anticancer, which also make this compound a good preservative agent against meat deterioration and spoilage.

The olive tree (Olea europaea L.) is one of the most extensive crops in the countries that bordered the Mediterranean Sea. Almost six million ha of olive trees are cultivated worldwide, from which the 98% of them are on the Mediterranean countries, especially on Italy, Greece, and Spain. As a matter of fact, one million ha of olive trees are only cultivated in Spain. Fruit and oil obtained from Olea europaea L. have been widely studied for its alimentary use, one of the main pillars of the MD (Figure 1). During the recollection of olive trees and the production of olive oil, huge quantities of olive by-products are generated with no practical applications, which have been studied to their application in cosmetic, pharmaceutical, and food industry. For instance, olive leaves represent the 10% of the weight of olives before processing. Furthermore, this part of the tree is the main site of plant metabolism, where primary and secondary plant products are produced from photosynthesis. For that, olive leaves can be considered potential sources of bioactive compounds, such as oleuropein or HXT. 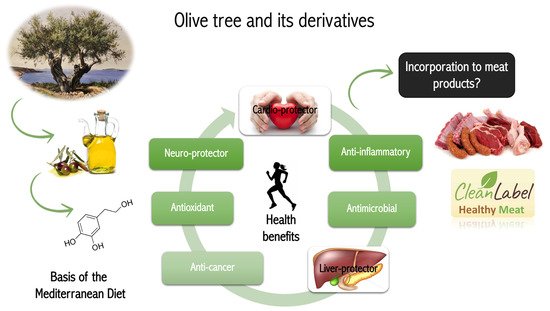 Figure 1. Schematic representation of HXT health benefits and its use as meat preservative.

The main source of HXT is extra virgin olive oil (EVOO), once of the principal ingredients of MD, that is used as cooking fat and salad dressing. EVOO is rich in unsaturated fatty acids (especially oleic) and phenolic groups, as antioxidant substances, followed by tocopherols and carotenes, that are also present [1]. The phenols detected in EVOO can be divided into alcohols, acids, flavonoids, lignans and psecoiridoids. In fact, HXT is the most important psecoiridoid in EVOO.
Great variations in the concentration of these antioxidant compounds exist according to one olive oil or another (0.02–600 mg/kg), which can occur due to factors such as the olive variety, ripening, processing or the region and cultivation technique used [2]. These compounds are characterized by their antimicrobial, antioxidant, anti-inflammatory, and anti-cancer biological properties. Numerous studies have demonstrated the capacity of EVOO phenolic groups to reduce the excess of free radicals that can cause oxidative damage [3][4][5][6][7][8].

HXT (or 4-(2-dihydroxyphenyl) ethanol) is known to be one of the most powerful natural antioxidant extracts, and it is just below gallic acid [9]. In this sense, part of its bioactivity lies in the fact that the fourth carbon of its catechol ring (benezene-1,2-diol) have been substituted by a 2-hydroxyethyl group. Thus, HXT is ten times more antioxidant that green tea and two times more antioxidant than coenzyme Q10 (ubiquinone) and is also effective as anti-inflammatory and antineoplastic compound [9]. HXT is a phenylethanoid whose antioxidant properties have been proved in vitro; it is obtained from olive leaves; it is characterized by an intense flavor and aroma; and oleuropein is its precursor [10][11]. Moreover, the antioxidant capacity in vivo of HXT has been proved in several studies with rats, as in Merra et al. [12] or in Lemonakis et al. [13], who showed the power of HXT to reduce the risk of suffering from metabolic syndrome. In fact, in the chemical structure of HXT, the compound has an additional hydroxyl group in its benzene ring, compared to tyrosol (TYR). Therefore, it obtains a greater function as a free radical scavenging, which means an increase in its antioxidant power, as well as in its efficacy under stress conditions [13].

As a matter of fact, several studies have shown that HXT, which is known to be a highly bioactive ortho-diphenol, has interesting antioxidant and antimicrobial characteristics and important beneficial effects on the cardiovascular system and on several human diseases [14][15][16][17]. The list of biological activities turns out to be inexhaustible, including a negative regulation of the immune response, which protects human erythrocytes from hydrogen-peroxide-induced oxidative damage, and anti-inflammatory, antithrombotic, and hypocholesterolemia activities. In addition, it is a powerful monoamine oxidase (MAO-B) inhibitor, which makes HXT a perfect compound for the treatment of Alzheimer’s, Parkinson’s, and other neurological diseases [15][16]. In addition, HXT has been proved to be a powerful superoxide anion and a hydroxyl radical scavenger. As a result, this compound protects cells located in many parts of the human anatomy from damage and death, which results in a decrease of cell death frequency and a significant prolongation in the mean of the cell life [14].
From our last review [9], research on the health benefits of the consumption of olive by-products have been growing until today. In this way, cardiovascular benefits have been widely demonstrated by several authors, as in vitro as in vivo, both in animals and humans. For instance, Carnevale et al. [18] showed as 10–20 g EVOO per day, following a Mediterranean Diet, reported a decrease in the production of oxidative markers in the post-prandial period in 25 middle-age subjects. After that, Violi et al. [19] also showed cardiovascular and anti-diabetic benefits in humans after following a Mediterranean Diet including 10 g EVOO per day. These benefits implied a reduction of blood glucose and the LDL cholesterol, which improved the insulin level while reducing the oxidized LDL in blood. These results agree with Carnevale et al. [20], who also showed the same behavior after the intake of 20 mg oleuropein extract per day. In relation to this effect, also in humans, Boronat et al. [21][22] reported an improve of the endothelial function by the consumption of 25 mg tyrosol extract per day. Furthermore, Davis et al. [23] showed lower systolic blood pressure after three and six months in >64 years-old humans (n = 137) who followed a Mediterranean Diet including 14.8 mL EVOO per day.
Moreover, this cardiovascular benefit was also observed in mice after an intake of 5 mg HXT/kg/day, which implied a reduction of the oxidative stress even in combination with a high-fat diet [24]. In addition, El-azem et al. [25] reported a decrease of the oxidized LDL in rats with the consumption of 30 mL EVOO (89.4% HXT), which was also related with the reduction of the size of the tumour in vitro (MCF-7 and MDA-MB-231 breast cancer cell lines).
In particular, cardiovascular protection has been also associated to the prevention of steatosis in mice after application of 20 mg HXT/kg/day [26]. In addition, 100 µg HXT/day in rats has shown to promote an anti-inflammatory status, which has been also linked with its anti-cancer [27] and its anti-sclerosis benefits [28]. Besides, the accumulation of HXT in the brain of rats, after an intake of 5 mg/kg/day has suggested its neuroprotective activity by the reduction of the oxidative stress and, hence the protection of neuronal cells [29].
Knowing the anti-bacterial and anti-fungal benefits of HXT [30] and that this compound can increase de bioavailability of Fe  with a minimum degradation during the digestion [14] after its incorporation to a meat product, there are plenty of reasons for incorporating this extract into meat products to extend their shelf life while improving their nutritional properties.

In this way, companies as the Chinese Shandong Bailong Chuandyuan BIO-TECH CO., LTD, the German Willy Benecke GMBH, and the Spanish Coralim ADITIVOS S.L. are experts in organic additives markets. In the same way, there are more companies focused on development, production, and distribution of free additives solutions used by Meat Industry, for example, the Murcian Catalina Food Solutions S.L. (Spain). Other multinational industries also focused on production of natural flavorings, have also aimed their view in Food Industry, such as the Spanish Indukern Food Division, which has developed the Blend-a-Kern CFX, CEX, and CII solutions for the elaboration of manufactured meat products without E numbers, or the Israeli Frutarom Industries LTD., which specializes in the production and distributions of natural extracts obtained from herbs, fruits, and vegetables for flavor and fragrances.