Submitted Successfully!
Thank you for your contribution! You can also upload a video entry related to this topic through the link below:
https://encyclopedia.pub/user/video_add?id=15511
Check Note
2000/2000
Developmental State and Central Taiwan Science Park
Edit

By the establishment of science parks, Taiwan has achieved the ability to form high-tech industrial clusters and provided an environment for sustainable industrial development. The sustainable development generated by the science parks indicates Taiwan’s transition from state leadership (strong state, weak society) to state guidance (strong state, strong society). However, despite its contribution to the long-term development of Taiwan’s economy, the CTSP development has been accompanied by environmental downsides, risking the sustainability goals. In conclusion, the state’s role in making CTSP successful and sustainable, the determining role of regulatory regimes, and moving from state leadership to state guidance are emphasized.

The post-war era in Eastern Asia was accompanied by an economic miracle called the developmental state (esp. in Japan, Taiwan, South Korea, Hong Kong, etc.) [1]. Other developing countries (especially Latin America) were added later to the list. The main characteristics of a developmental state include strong state intervention, as well as substantial regulation and planning. Through the establishment of science parks, the Taiwanese government used state power to attract investment and tax subsidies [2]. This has led to achieving a certain degree of success in the regional economy, and has promoted a cluster of technology industries in northern Taiwan [3]. Science park subsidies for industries in Taiwan are used by bureaucrats to lead the “industrial policy”, with an oligopolistic and exclusive “market network” controlled by the public sector and large-family businesses [4]. The political business cycle—where power is tilted towards the capital driven by the public sector, “technical innovation” for investment, and platform creation—has become Taiwan’s unique economic development model [5].
Taiwan’s economic development goal is to actively implement sustainable development goals. It uses science parks as a medium for this purpose. The sustainability concept is an approach to meeting the physical, social, economic, and environmental needs of a community without compromising the benefits and needs of future generations [6].
“Sustainable development” was first used by the “International Nature and Natural Resources Conservation Alliance”, “United Nations Environment Programme”, and “World Wildlife Animal Foundation” three international conservation organizations, published in 1980 proposed in the “World Conservation Program” report [7]. In 1987, the United Nations World Commission on Environment and Development (WCED) published a report called “Our Common Future”, where it defines sustainable development as: “It can meet the needs of the present without compromising the satisfaction of future generations” [8]. Taiwan first announced its sustainable development policies in 1994. The “Environmental Basic Law” was passed in 2002. Taiwan’s sustainable development policies include “Fairness”,”Sustainability” and “Commonality”.
In 2015, the United Nations passed a total of 17 Sustainable Development Goals (SDGs) and 169 specific targets, due to the tremendous changes and challenges brought about by emerging global risks [9]. The changes in global sustainable development goals have brought about different results in the Taiwan Science Park. Therefore, the present research investigates the sustainable transformations (successful or unsuccessful) in the Central Taiwan Science Park (CTSP). We will also analyze the sustainable development strategy of the CTSP.

The developmental state literature indicates that the success of East Asian development is based on the specific type of country. The current path of the developmental state shows a continuation of economic development plans in East Asian countries from the 1970s to the 2000s [10]. They jointly constructed their development paths with economic administrative institutions, political–business partnerships, and selective industrial policies [11]. The states’ position of intervening in industrial economic development is distinctive.
“Developmental state theory” asserted that the focus was on the causal relationship between government intervention and industries or enterprises to produce economic benefits before 2000 [12]. They pointed out that the successful economic development of a country comes from an effective and strong government intervention [13]. Afterward, the core of the development proposal was to promote and improve industrial transformation from the perspective of the institution through the appropriation of technology [14]. They were also to use bureaucratic institutions to embed appropriate intervention policies that maintain the lifeline of the country’s industry in Asia, and use the advantages of latecomers to catch up and increase economic productivity efficiency [15].
The conceptual system formed by the evolution of “developmental state” is not only widely used to analyze the process of Taiwan’s economic and industrial development in latecomers, but also extends to the discussion of the industrial policy and political regimes [14]. Institutions have promoted manufacturing-led export growth, including the involvement of the World Bank, which was based on low-price workforce and commodities as well as low competition rate; financial systems effectively protected by the government; low-price distortions; dependency on imported technology; as well as a good inclination toward agriculture [16].
The current path of the “developmental state” shows that globalization has changed the role of state transformation into a power interaction network between state and non-state actors [17]. The relationship between the state and society affects the economic results, making the relationship between the government and the market a governance-interdependence of public/private cooperation [18]. To survive, developmental countries must respond to changes in the current situation and this encouraged Taiwan to establish a consensus goal for development through democratic deliberations and dialogs. This can be noted in the mode of operation of the CTSP.

3.Taiwan’s SDGs and the Political Regime 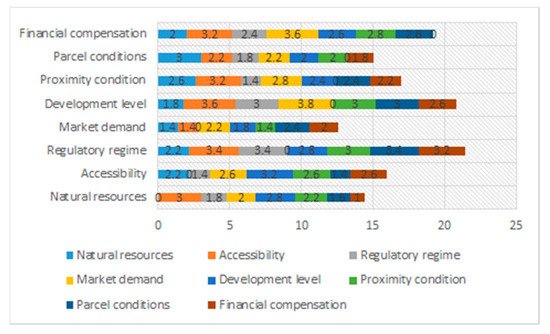 Figure 1. Matrix causality comparison scale.
Taiwan science parks in general, and the CTSP in particular, have been an integral part of the sustainability policies of the government. Therefore,  the 17 core goals proposed by the United Nations Sustainable Development Goals (SDGs) are analyzed and discussed to evaluate the sustainable development and transformation achieved by the science parks [24].

The figure obtained through the survey shows that the regulatory regime is the most important factor influencing the science parks. There is no support from the state and therefore the development of the science park is not running smoothly.
Democratization has reduced national autonomy. However, from the analysis of the CTSP case, people’s requirements and demands for environmental and transparency issues are gradually increasing. Taking the developmental state model in the CTSP as an example, it was found that public administration has an influential effect on sustainable development.
Its export value and employment population were released in 2019; the science park is still in the growth stage of development, but CTSP has leaped out of the “global network economy”, “spatial repair of global capital”, and the other science parks. The main reason for the discussion of the “regional relevance of corporate geographic expansion” lies in the fact that local forces influence the development of the park. It is not a capitalist market type, but a state-oriented model with a strong state and society.
For the science parks, the success of the development is not plainly defined as economic growth, but in allowing human development to be sustainable. On the one hand, the technical bureaucracy and organizational capabilities of the science park are still the foundation for its success. On the other hand, the local chiefs fought for the establishment of science parks for elections to improve local infrastructure and make the science parks a form of institutionalizing cluster governance in Taiwan. However, since 2008, the CTSP has been facing the difficulties of recent development struggles. Based on the development history of the CTSP and interview data, this study believes that the structure of Taiwan’s developmental state is still there, not as a factor of capitalist development, but the government’s role has changed from leading the state to inducing it. On the contrary, they have adapted and developed, and still assume the social mission role of “market guidance”, far beyond the scope of neoliberalism.
It is concluded that although the state still maintains the structure of economic development in the CTSP, it will gradually give priority to social and environmental factors. Therefore, recently science parks have been given sustainable environmental governance to bring a positive impact on people’s lives. From the analysis of the root causes of conflicts, it can be concluded that state economic development is restricted by social pressure, in response to which the industrial development strategy adopted by the science park is to gradually adjust to “combine production, innovation, R&D, and cross-border exchanges, and other multi-functional science parks to drive regional economic development”. The government uses sustainability in new science parks as the core value of a policy that seeks relatively stable economic development.
© Text is available under the terms and conditions of the Creative Commons Attribution (CC BY) license (http://creativecommons.org/licenses/by/4.0/)
Upload a video for this entry
Information
Subjects: Public Administration
Contributor:
Fu-Hsuan Chen
View Times: 43
Revisions: 5 times (View History)
Update Time: 28 Oct 2021
Table of Contents
1000/1000
Hot Most Recent