Submitted Successfully!
Thank you for your contribution! You can also upload a video entry related to this topic through the link below:
https://encyclopedia.pub/user/video_add?id=14935
Check Note
2000/2000
Fraudulent Pesticides in Rural Areas
Edit
Upload a video
This entry is adapted from 10.3390/agronomy11091882 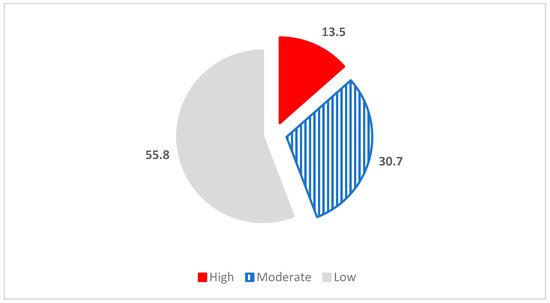 To the best of our knowledge, this study is one of the first to examine farmers’ recognition and purchasing behaviors regarding fraudulent pesticides. Our findings highlight that despite Egyptian farmers having a high perception of the health and environmental risks associated with fraudulent pesticides, the percentage of farmers who have experienced the purchase of such pesticides is high. Some of the key reasons for the use of non-genuine pesticides are difficulty in differentiating between genuine and non-genuine pesticides, the influencing power of distributors/retailers, and the low price of non-genuine pesticides. However, an in-depth examination of the influence of independent variables on farmers’ purchasing behavior indicated that farmers with more experience in recognizing fraudulent pesticides were more likely not to purchase these pesticides. In the same sense, non-purchasing behavior was positively associated with age and farming experience. In a practical sense, this study provides insights into the role that should be followed by farmers to tackle fraudulent pesticides, particularly during the purchasing stage. The policy implications of this study are multifold. Given that most farmers rely on pesticide retailers for information on pesticides, the government, along with different stakeholders, should organize training programs for the recognition of fraudulent pesticides. Moreover, developing an up-to-date list of all legally registered pesticides as well as implementing random inspection over pesticide distribution enterprises should be carried out. For farmers, awareness campaigns using new information technologies are required. These programs should aim to enhance knowledge among farmers about the negative consequences of using fraudulent pesticides, the main types of fraudulent pesticides, the features and methods of recognition, the authentication of the genuineness of pesticides through mobile phones, and how farmers can notify authorities of suspicious pesticides or activity. Due to the scarcity of research on farmers’ behavior with regard to fraudulent pesticides, more research in this area is needed to bring more diverse perspectives from different countries. This study shows the need for more comprehensive empirical research to estimate the amount of fraudulent pesticides in circulation rather than relying on a simple yes/no variable, by conducting a quantitative assessment to estimate the levels of fraud and disaggregating the results by active ingredient. Finally, suggesting an intervention framework for combating fraudulent pesticides in the context of agricultural knowledge and innovation systems could also be an interesting topic to consider.
© Text is available under the terms and conditions of the Creative Commons Attribution (CC BY) license (http://creativecommons.org/licenses/by/4.0/)
Upload a video for this entry
Information
Subjects: Behavioral Sciences
Contributor MDPI registered users' name will be linked to their SciProfiles pages. To register with us, please refer to https://encyclopedia.pub/register :
Hazem Kassem
View Times: 50
Revisions: 2 times (View History)
Update Time: 13 Oct 2021
Table of Contents
1000/1000
Hot Most Recent