Submitted Successfully!
Thank you for your contribution! You can also upload a video entry related to this topic through the link below:
https://encyclopedia.pub/user/video_add?id=14932
Check Note
2000/2000
Thermally Conductive Adhesive in Electronic Packaging
Edit
Upload a video
This entry is adapted from 10.3390/polym13193337

The application of epoxy adhesive is widespread in electronic packaging. Epoxy adhesives can be integrated with various types of nanoparticles for enhancing thermal conductivity. The joints with thermally conductive adhesive (TCA) are preferred for research and advances in thermal management. The rapid advancement of microelectronic technology has resulted in the progressive transformation of electronic components from isolated to highly integrated. It produces a lot of heat while they are functioning. The materials and structures used to attach the semiconductor chip to other electronic components involve the sector of electronic packaging. Conductive adhesives represent a significant advancement in electronic packaging for advanced devices, where effective heat dissipation and enough electrical conductivity are critical. The TCA joint is a crucial choice for the thermal management of the device. The advances in TCA are essential because of future demands for inexpensive and handy electronic devices. The adhesive applications have become more important due to their remarkable versatility and unparalleled compatibility. The electronic industry has indeed developed, especially in consumer electronics, which depends on conductive adhesives. It would not be possible to identify the most modern electronic devices without conductive adhesives.

A polymer matrix and thermally conductive filler make thermally conductive adhesives that are formed as composites. Nanoparticles are having a diameter of less than 100 nm exhibit unique physical and mechanical properties. These fillers have a large specific surface area, high surface energy, and interfacial area with the polymeric matrix [1]. Thermal conductivity of epoxy is inadequate to remove heat produced from electronic devices. Dispersing nanoparticles inside an epoxy adhesive matrix can dramatically improve the adhesive’s thermal properties [2] and the performance of adhesively bonded joints [3]. The high thermal conductive solid particles like—graphene [4], carbon nanotubes [5], carbon fiber, carbon black are the most common carbon-based fillers. Metallic (gold, copper, silver, aluminium) [6], and ceramic (aluminium nitride, boron nitride, silicon carbide, aluminium oxide) [7] fillers have been blended with matrix resin to increase the thermal conductivity. Carbon-based and metallic filler adhesive has received significant attention because of its excellent thermal conductivity and specific surface area [8]. These conductive filler particles can alter polymer matrix isolation properties by making them very heat conductive. The thermally conductive adhesive is a composite material, and it follows the same formulation process of nano-composite [9]. Most common formulation process starts with the filler’s dispersion with organic solvents. An example of graphene nanoparticle (GNP)-based nano-composite [10] is shown in Figure 1. The process until the application, i.e., (a) to (h), is maintained for all thermally conductive adhesive according to the filler type. Bubbles and voids reduce the bonding quality of the adhesive [11]. To avoid the bubble and void in the adhesive joint the vacuum degassing is important in thermally conductive adhesive production process. 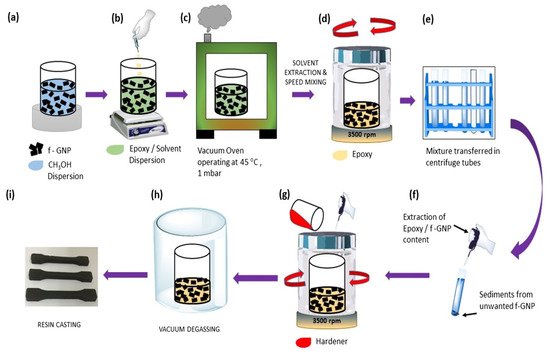 Figure 1. Schematic of the dispersion (a) to application (i) process of conductive filler in nano-composite [10].

Electrons and phonons are responsible to heat transfer in metal. Due to the lack of free electrons in non-metals, the phonon is responsible for heat transmission. When a polymer surface comes into contact with a heat source, heat is transferred via vibrations to the nearest atom, then to the next, and so on [20]. The formulation of thermally conductive adhesives consists of a polymer matrix, filler, and specific additives that are uniform and isotropic at the macro scale.

The basic principle of heat conductance through a thermally conductive adhesive layer dx (Figure 2), also known as Fourier’s law [22], states that the rate of heat transfer through a material is proportional to the negative gradient in the temperature and to the area at right angles to that gradient through which the heat flows and can be written as follows:

where Ce and Cph are the heat capacities per unit volume (J/m3 K) of electrons and phonons, respectively, Ve and Vph are their root-mean-square velocities and Le, Lph are their mean free paths. The thermal conductivity of electron type λe is dominant for metals, and one can roughly assume that:

where T is temperature (K) and L is the Lorenz constant, the theoretical value of which is 2.44 × 10–8 W·Ω/K2. The transport of heat in nonmetals occurs mainly by phonons. For insulators, thermal conductivity increases linearly with temperature, and the efficiency of phonon heat conduction is size dependent. In nanostructures, the thermal conductivity of a phonon type λph may be drastically different than in macrostructures. When the size of a nanostructure approaches or exceeds the mean-free path of a phonon, phonons collide with the border more frequently than in bulk materials. This extra collision mechanism increases the resistance to heat transfer, hence lowering the effective thermal conductivity of thin films, wires, nanotubes, and other nanoparticles [9]. 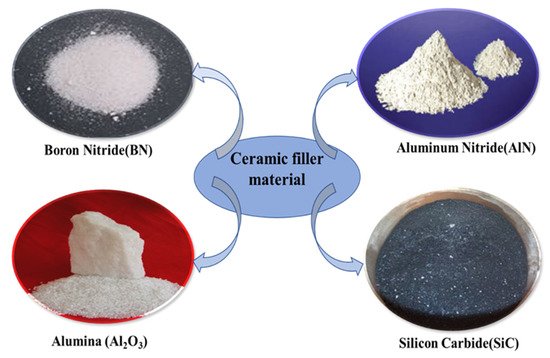 Boron nitride (BN) has the same number of boron (B) and nitrogen (N) atoms and is isoelectronic to carbon structures [29]. These particles have received considerable interest because of their excellent characteristics in all aspects. It is also referred to as “white graphene” because of its honeycomb composition. It has an insulating property with a bandgap of 5.2 eV and possesses considerable thermal conductivity (experimentally determined 360 Wm−1 K−1 and theoretically 2000 Wm−1 K−1 [30]. The findings are outstanding since the dielectric characteristics and the anti-oxidation resistance were found to be excellent. Electronic devices require better thermal management to match the rising demand for BN and epoxy mixed composites. The hexagonal form of BN (h-BN) [31] is comparable to graphite, the cubic form (c-BN) is like diamond [32], and the amorphous form (a-BN) is similar to amorphous carbon [33]. Several BN/epoxy composites have been created. However, a hybrid BN solution was unable to be found since the interfacial thermal resistance was too high [34]. BN nanoplates filler affects thermal conductivity of the composite with the increase in filler concentrations. It is found that the 2D-BN nanoplates filler at 14 wt% with silicone can reduce the mechanical strength, but the thermal conductivity is 30% better than the without filler sample. The reduction in the mechanical strength can be due to agglomeration of BN nanoparticles, whereas the increase in the thermal conductivity is due to the acceleration of phonons transmission by the BN nanoplates [35][36].

Alumina (Al2O3) is used in electronics packaging as a low-cost filler. It has high thermal conductivity (30 Wm−1 K−1) and electrical insulation properties. Because of these unique properties become an essential filer in the thermal management of electronic devices [38]. It has been used in light-emitting diode (LED) packaging to avoid voltage drop, short circuits, or noise reduction. Alumina nanoparticles can significantly improve the mechanical properties of epoxy adhesives and interfacial wettability with an aluminum substrate [39]. A mixture of Bisphenol-F epoxy resin with 80% of 30 μm and 20% of 5 μm spherical Alumina (S-Al2O3) particle can increase thermal conductivity up to 1.364 Wm−1 K−1 [40]. 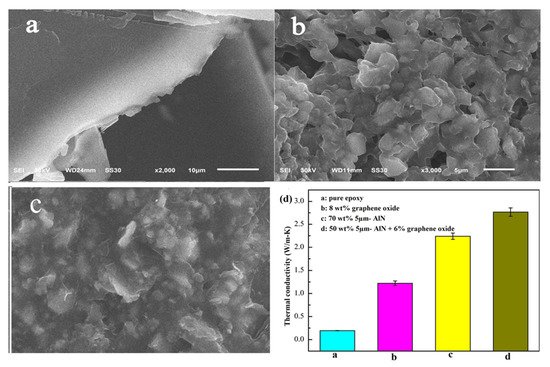 The heat conductivity of epoxy adhesive containing GO is more effective than natural graphite. For single fillers, 10.8 times higher than pure epoxy is the most excellent conductivity AlN’s thermal expansion coefficient (CTE) is low. It is relatively low-cost, non-toxic, and can provide a stable crystalline structure [46].

The researchers are interested in the Silicon Carbide Filler (SiC) as it has greater hardness and strength, good resistance to corrosion and oxidation. SiC has high intrinsic thermal conductivity (490 Wm−1 K−1), more than three times higher than silicon and 10 times higher than gallium arsenide and sapphire [47]. Nanowire form of SiC is a primarily familiar shape for dispersing with epoxy. Most of the recent works are focused on hybridization with SiC nanowire. According to Dianyu Shen et al. [48], the thermal conductivity of 3 wt% SiC nanowire with epoxy is 0.449 Wm−1 K−1, which is 1.06 times higher than plain epoxy. Another experimental output found thermal conductivity 0.43 Wm−1 K−1 at 3.91 vol% of SiC nanowire epoxy composite [49]. BN and SiC hybrid filler with vertical alignment was examined, and thermal conductivity enhancement was found [50][51]. Carbon fibre (CF) was also used with SiC to improve the heat transfer properties and saw satisfactory improvement [52]. A summary of research output from recently published works on ceramic fillers are given in Table 2.

Table 2. Summary of the recently published works on ceramic fillers.

Metal nanoparticles (NPs) have recently gained popularity due to their unique properties such as low melting temperature and high diffusion coefficient [72]. Research has shown that epoxy conductive adhesives enhance their heat conductivity when integrated with metal fillers. Sphere, fibre, granules, or flakes may be metallic particles. The optimal shape can be such that the filler levels of the surrounding metallic parts are the lowest crucial, well interacted, and the best matrix-resin adhesion can be found. These criteria are suitable for metallic flakes because of their high aspect ratio [73]. However, polymers loaded with metal are required with the required reinforcement. The amount of filler may be readily changed to adjust thermal conductivity. The material for heat sinking requires a low coefficient of thermal expansion (CTE) since the semiconductor chips have low CTE content. Thus, it has good thermal conductivity, and low CTE needed for thermally conductive material. Cu is usually not utilized in TCAs. Because Cu is thermally good yet has a high CTE content, Figure 6 shows some metal fillers used to manufacture TCAs. 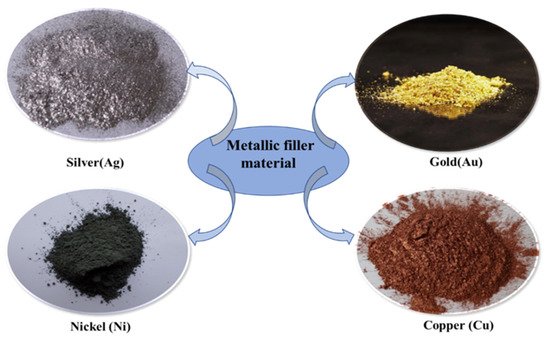 Copper nanoparticle paste is used for bonding chips and different metallic substrates at low temperatures. The result shows that good bonds are mainly achieved with Cu and Au surfaces [74]. It provided good thermal conductivity and shear strength (20 MPa) when sintered at 350 °C [75]. The thermal conductivity of the composite was three times higher than pure epoxy at 15 wt% of MWCNT, and 34 wt% of copper nanoparticles [76], TiO2 coated copper nanowires 0.2–1.12 Wm−1 K−1 [77] and 2.59 Wm−1 K−1 [78] were found for a length of up to ~40 μm and diameter of ~20 nm. 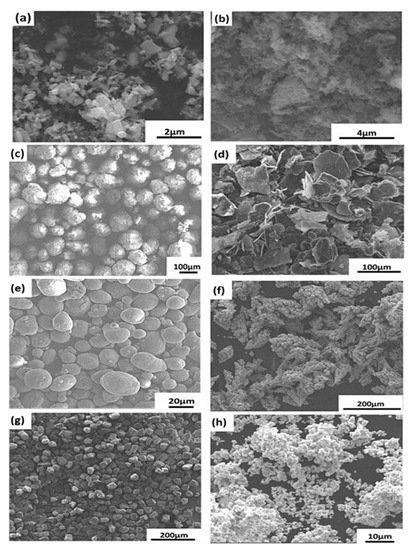 More
© Text is available under the terms and conditions of the Creative Commons Attribution (CC BY) license (http://creativecommons.org/licenses/by/4.0/)
Upload a video for this entry
Information
Subjects: Engineering, Mechanical
Contributor MDPI registered users' name will be linked to their SciProfiles pages. To register with us, please refer to https://encyclopedia.pub/register :
M Abdullah
View Times: 62
Revisions: 2 times (View History)
Update Time: 11 Oct 2021
Table of Contents
1000/1000
Hot Most Recent