Submitted Successfully!
Thank you for your contribution! You can also upload a video entry related to this topic through the link below:
https://encyclopedia.pub/user/video_add?id=1415
Check Note
2000/2000
Deposition Characteristics of Catenary Insulator
Edit
Upload a video
This entry is adapted from 10.3390/coatings10070697

2.1.Theory of Particle Collision and Deposition on Insulator Surface 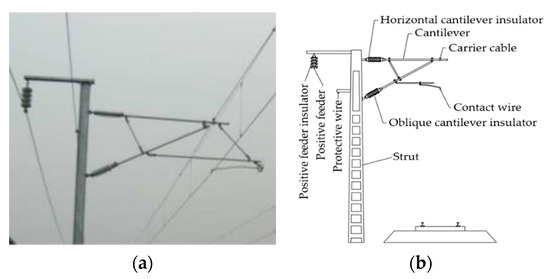 Figure 1. Insulators of the electrified railway catenary: (a) insulator in the working state; (b) catenary structure chart.

This study assumes that the particle shape is spherical. For horizontally installed insulators, the surface of the insulator sheds was regarded as an infinitely large plate placed vertically when establishing a collision deposition model. For the same reason, the inclination angle for an insulator installed obliquely was assumed to be φ, and the insulator was regarded as an infinitely large flat plate with an inclination angle of 90°−φ. Figure 2 illustrates the collision model between the particles and insulator surface.

Figure 2. Collision model between the particles and insulator surface.

Injection stage: The particles are injected on the insulator surface at a horizontal velocity vx1, vertical velocity vy1, and collision angle of θ.

Some of the particles will adhere to the surface of the insulator when it comes into contact with the insulator surface. The adhesion force mainly includes the Van der Waals, electrostatic, and capillary forces. The Van der Waals force action begins to appear only when the distance between the particle and insulator surface is below 100 nm and increases as the distance decreases. This action is the main component of adhesion. The electrostatic force is due to the potential difference between the particles and plate, and other factors dominate after adhesion occurs. For the capillary force, the particles and insulator surface will form a liquid bridge after the relative humidity is above 50%, and the main influencing factor is related to air humidity. Figure 4 shows the schematic of the adhesion of particles to the surface of objects. 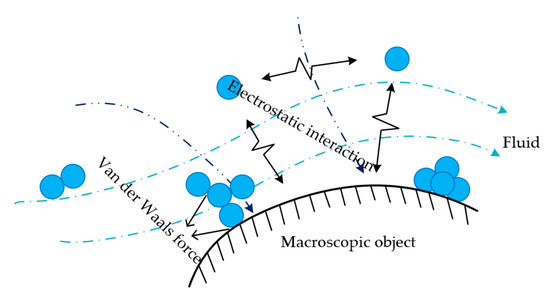 Figure 4. Schematic of the surface adhesion.

More
© Text is available under the terms and conditions of the Creative Commons Attribution (CC BY) license; additional terms may apply. By using this site, you agree to the Terms and Conditions and Privacy Policy.
Upload a video for this entry
Information
Subjects: Materials Science, Coatings & Films
Contributor MDPI registered users' name will be linked to their SciProfiles pages. To register with us, please refer to https://encyclopedia.pub/register :
Shanpeng Zhao
View Times: 226
Revisions: 4 times (View History)
Update Time: 27 Oct 2020
Table of Contents
1000/1000
Hot Most Recent