Submitted Successfully!
Thank you for your contribution! You can also upload a video entry related to this topic through the link below:
https://encyclopedia.pub/user/video_add?id=12257
Check Note
2000/2000
Diagonal Earlobe Crease
Edit
Upload a video
This entry is adapted from 10.3390/jcm10132799

Diagonal earlobe crease is a wrinkle extending obliquely from the tragus towards the border of the earlobe. It was firstly described by Frank in 1973 in the New England Journal of Medicine in a case series of patients with coronary artery disease. Since then, there have been many reports published regarding its association mainly with atherosclerosis, especially coronary artery disease.

Coronary artery disease is one of the most common cardiovascular disorders and one of the main global causes of death [1]. It usually develops as a result of atherosclerotic obstruction of epicardial coronary arteries [2]. Coronary artery disease leads to myocardial ischemia and presents as chronic coronary syndromes or acute coronary syndromes [3]. Early diagnosis is essential to provide an adequate treatment that reduces mortality, eliminates symptoms, and increases the quality of life [4].
Diagonal earlobe crease (Frank's sign) is a wrinkle extending obliquely from the tragus towards the border of the earlobe, as seen in Figure 1 below. It was firstly described by Frank in 1973 in the New England Journal of Medicine in a case series of patients with coronary artery disease [5]. Since then, there have been many reports published regarding its association mainly with atherosclerosis, especially coronary artery disease [6]. However, it is barely known and rarely used, likely because its clinical application has not been well established. Noteworthily, the examination of diagonal earlobe crease is effortless, non-invasive, and easy to interpret. 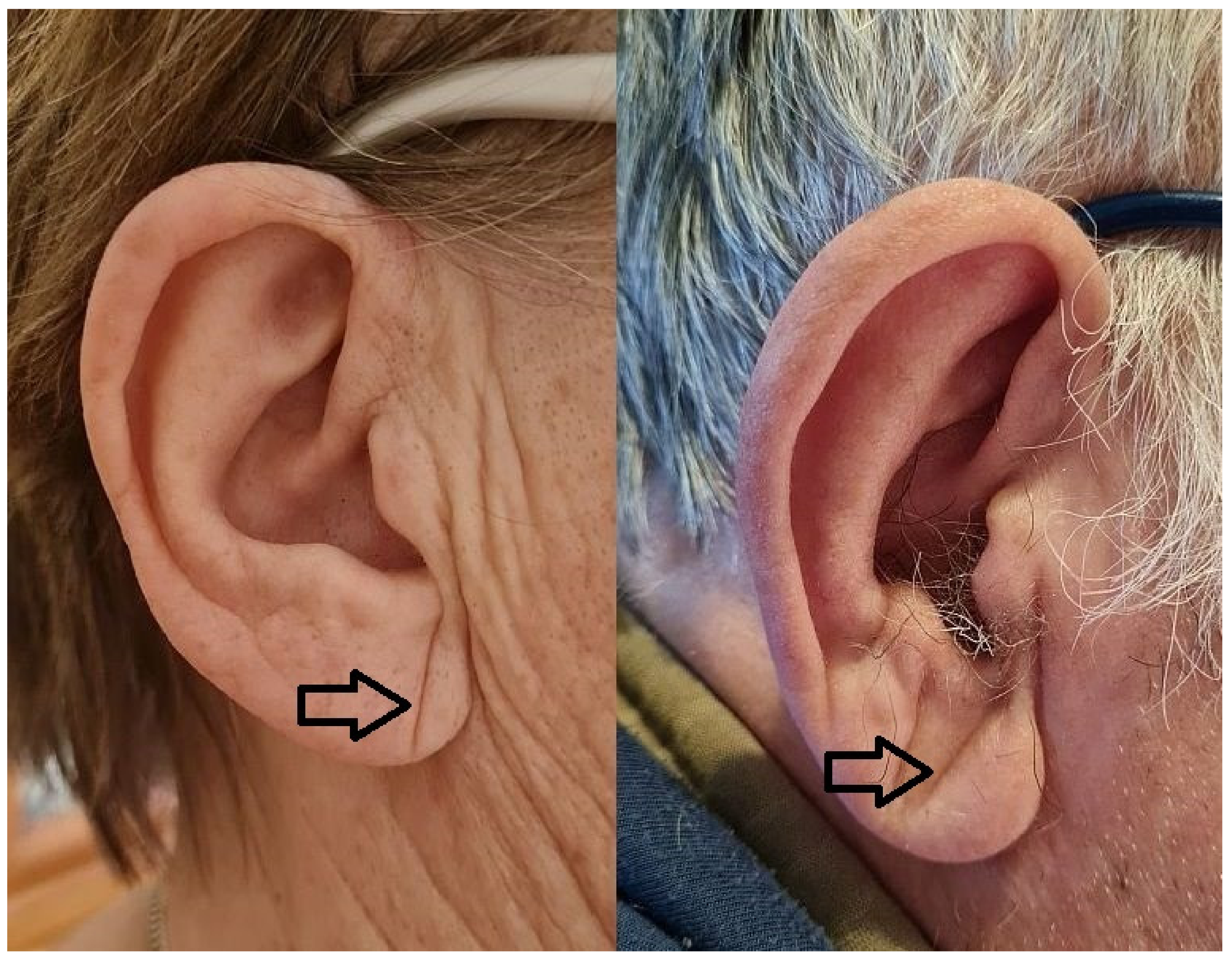 Figure 1. Diagonal earlobe crease in a woman without coronary artery disease and a man with coronary artery disease.
In 2020, Stoyanov et al. published research investigating earlobes along with cardiac samples in the autopsy study [7]. Histopathological examination of earlobes with diagonal earlobe crease showed myoelastofibrosis in the arterial vessel located at the base of the earlobe, fibrosis, and Wallerian-like degeneration with eosinophilic inclusions in the peripheral nerves. The authors stated that this location is a line of merging of preformed structures prenatally, and thus it may be susceptible to chronic hypoxia–reoxygenation injury due to atherosclerosis. This study supports the hypothesis that DELC is not a random finding but is directly linked to atherosclerosis. Previous studies on the pathophysiology of DELC raised some other mechanisms of its formation, including skin aging [8], collagen degeneration [9], or telomere shortening [10].

Generally, most studies defined diagonal earlobe crease as at least a unilateral sign, in two papers bilateral sign was required to be considered as a positive, and another two presented results for both definitions. Two studies showed no more than information of diagonal creasing of earlobe without any other details. In another study, only the word “significant” was added to the positive sign description. One accepted any crease, whereas others provided detailed thresholds of the relation of the crease to the whole length of the earlobe which varied from more than one-third, at least half, at least two-thirds, or 100%. The combination of these approaches leads to the finding that DELC was defined in nine different ways.

In most studies in this systematic review, positive and negative likelihood ratios were below 2 and above 0.5, respectively, as seen in Figure 2 below. These are the most used cut-off points, which set the threshold of informativeness of the diagnostic tests. However, values in the range from 2 to 5 and from 0.5 to 0.2, respectively, provide only a small change in probability [11]. Basing on the collected data, we suppose that diagonal earlobe crease has insufficient diagnostic value to change the clinical management of patients. However, as its examination could slightly change coronary artery disease probability, it could be considered as a part of the physical examination of patients with suspected coronary artery disease only along with thorough clinical assessment. 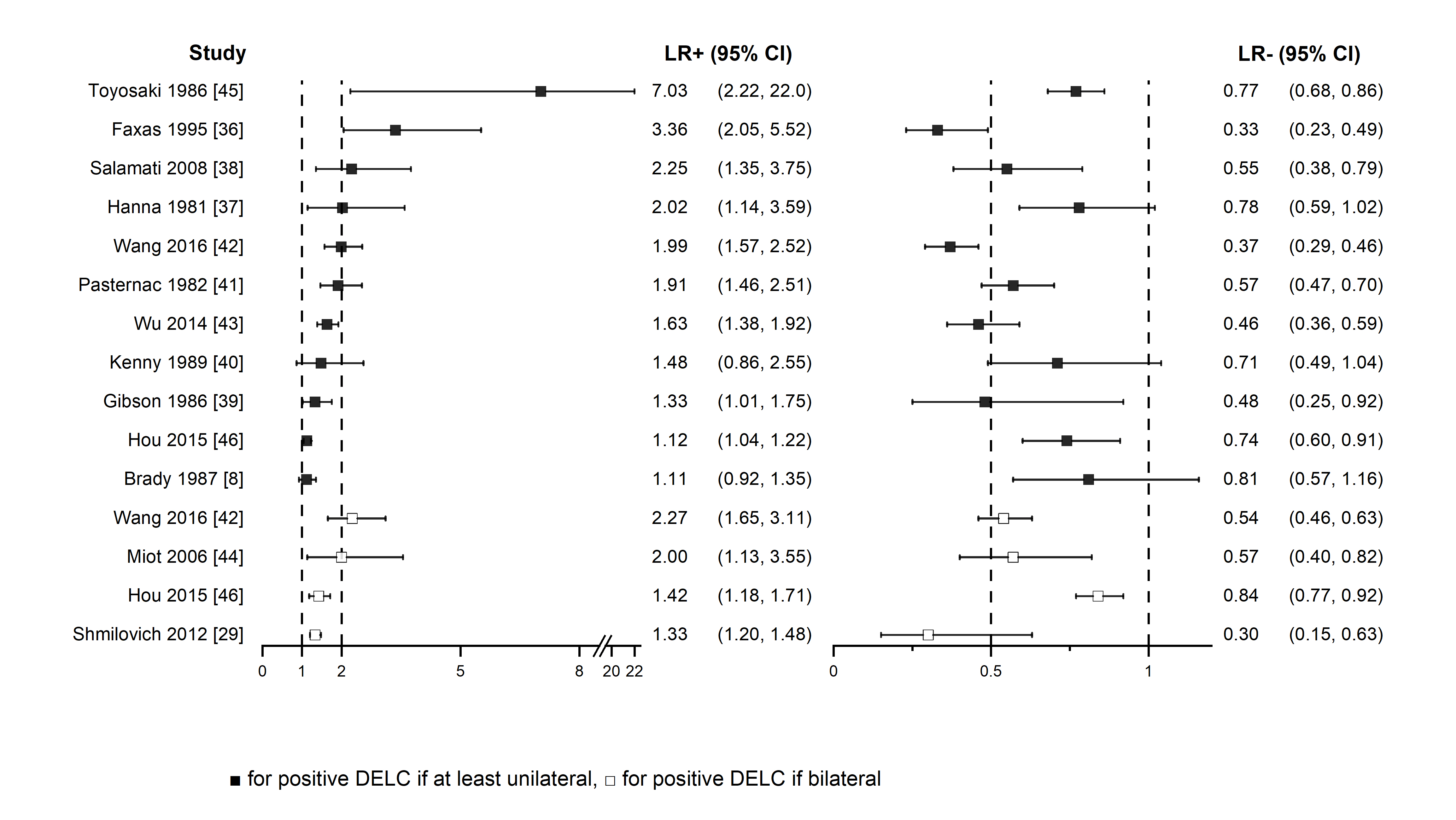 Figure 2. Positive and negative likelihood ratios forest plot
We would like to emphasize that examination of diagonal earlobe crease could hypothetically be used in other clinical scenarios. For instance, it may be a part of screening for chronic coronary syndromes in asymptomatic adults or could be used to estimate the risk of myocardial infarction in the general population.

In patients with a high clinical likelihood of obstructive coronary artery disease, diagonal earlobe crease only slightly changes pre-test disease probability, which implies that its diagnostic accuracy in the detection of anatomically significant coronary stenosis is insufficient. Although the mere presence or absence of diagonal earlobe should not affect the clinical management, it could be considered as a part of physical examination for its feasibility and easy interpretation, Nevertheless, further research is necessary to better establish the diagnostic performance of Frank’s sign or its other potential clinical applications.

More
© Text is available under the terms and conditions of the Creative Commons Attribution (CC BY) license (http://creativecommons.org/licenses/by/4.0/)
Upload a video for this entry
Information
Subjects: Cardiac & Cardiovascular Systems
Contributor MDPI registered users' name will be linked to their SciProfiles pages. To register with us, please refer to https://encyclopedia.pub/register :
Krzysztof Więckowski
View Times: 91
Revisions: 3 times (View History)
Update Time: 22 Sep 2021
Table of Contents
1000/1000
Hot Most Recent