Submitted Successfully!
Thank you for your contribution! You can also upload a video entry related to this topic through the link below:
https://encyclopedia.pub/user/video_add?id=11560
Check Note
2000/2000
Vitamin K2 and Alzheimer’s Disease
Edit
Upload a video
This entry is adapted from 10.3390/nu13072206

Recent studies have highlighted the importance of vitamin K2 (VK2) in human health. However, there have been no clinical studies investigating the role of VK2 in the prevention or treatment of Alzheimer’s disease (AD), a debilitating disease for which currently there is no cure. In reviewing basic science research and clinical studies that have connected VK2 to factors involved in AD pathogenesis, we have found a growing body of evidence demonstrating that VK2 has the potential to slow the progression of AD and contribute to its prevention. In our review, we consider the antiapoptotic and antioxidant effects of VK2 and its impact on neuroinflammation, mitochondrial dysfunction, cognition, cardiovascular health, and comorbidities in AD. We also examine the link between dysbiosis and VK2 in the context of the microbiome’s role in AD pathogenesis.

The incidence of Alzheimer’s disease (AD) has risen considerably in recent years, and AD remains a leading cause of chronic disability and death. As the most common type of dementia, AD affects an estimated 6.2 million Americans, a number that is projected to more than double by 2050 [1]. In 2018, there were 50 million people worldwide living with dementia [2]. The emotional, physical, and financial toll of AD impacts not only individuals and families, but also society more broadly, and there is no treatment to cure it or to slow its progression.
The two hallmarks of AD are the extracellular deposits of neurotoxic β-amyloid (Aβ) in the brain and the accumulation of tau protein tangles in the neurons. Additionally, a variety of genetic and non-genetic factors have been implicated in its pathogenesis. One example of a well-established genetic factor is the alleles of the apolipoprotein E (APOE) gene. Having the e4 allele (and particularly having two copies) increases AD risk, while having the e2 allele partially protects against the disease [3]. In some cases of familial AD, a rare form of the disease, there are mutations in the presenilin 1 (PSEN1) and β-amyloid precursor protein (APP) genes [4]. The most important non-genetic risk factors for late-onset AD are aging, type II diabetes, cardiovascular disease, traumatic brain injury, sleep disturbances, poor diet, and a lack of exercise [5][6]. Among the factors implicated in AD pathogenesis are neuroinflammation, oxidative stress, mitochondrial dysfunction, vascular disease, and microbiome changes, all of which we will discuss later.
We are interested in whether or not vitamin K2 (VK2) might attenuate the effects of these factors and thus decrease the likelihood of developing AD. Recent studies have shown that VK2 has many physiological roles, and we believe that it is of interest in AD research. We review basic science research and clinical studies, including population-based cohort studies and randomized controlled trials. One distinguishing criterion for our search was our interest in VK2 rather than vitamin K1 (VK1) or vitamin K in general. Although VK1 and VK2 are related, our research showed that there is a difference between the two and their relationship to human health. When our original PubMed query for “Menaquinone and Alzheimer” and “Vitamin K2 and Alzheimer” found only six studies relevant to our review, we expanded our search to investigate the link between VK2 and factors involved in AD pathogenesis (Figure 1). For example, we researched population studies that considered the connection between cardiovascular health and AD, followed by studies that linked cardiovascular health with VK2. 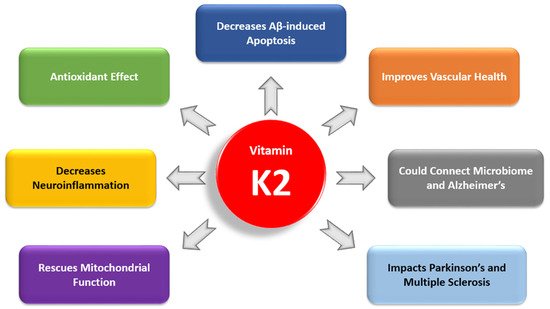 Figure 1. The roles of vitamin K2 in Alzheimer’s disease.

2. Comparison of Vitamins K1 and K2

Vitamin K1 (VK1) and vitamin K2 (VK2) are the two natural forms of vitamin K, and they differ in their chemical structure, physiological roles, diet sources, and bioavailability (Figure 2). While VK1 exists in only one form, the menaquinone (MK) family can be subdivided into multiple isoforms, classified as follows: short chains (MK-4 through MK-6), intermediate chains (MK-7 through MK-9), and long chains (MK-10 through MK-13). The name for each MK isoform corresponds to the number of unsaturated five-carbon groups (prenyl units) it contains. 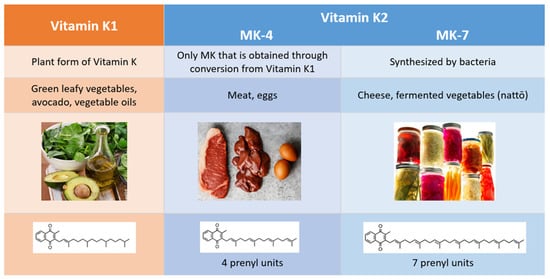 Figure 2. Differences between vitamin K1 and vitamin K2.
Commonly referred to as phylloquinone, VK1 is the plant form of vitamin K, and it is primarily found in green, leafy vegetables. Our interest in VK2 stems in part from the fact that the Western diet is low in this necessary nutrient. Women following a Western diet had a much lower VK2 intake (36 mcg compared to 154.1 mcg) than Japanese women who regularly consumed nattō, a traditional Japanese dish made from fermented soybeans [7][8]. On average, VK2 comprises just 10% of dietary vitamin K in European diets [9]. Almost all the MKs are synthesized by bacteria, and most can be found in fermented foods, such as nattō, sauerkraut, pickled vegetables, and some types of cheese. MK-4, the only VK2 isoform that is obtained through conversion from VK1 and not from bacterial synthesis, is present in meat, fish, and egg yolk [10][11].
The recommended daily intake (RDI) of vitamin K is based exclusively on VK1, and we agree with the authors of a recent review who argue that, because of its unique physiological roles, VK2 warrants a separate RDI [12]. One additional consideration that we will discuss later is the contribution of intestinal VK2 synthesized by gut bacteria to the total physiological requirement for vitamin K. VK2 is better absorbed than VK1, and, of the different MKs, MK-7 is the most bioavailable [11][13].
Both VK1 and VK2 are cofactors of the γ-glutamyl carboxylase (GGCX) enzyme, which catalyzes a post-translational carboxylation that is essential for the activation of a special set of proteins called vitamin K-dependent proteins (VKDPs). The preferential target for VK1 is the liver, where it activates hepatic VKDP coagulation factors (II, VII, IX, and X) and coagulation proteins (C, S, and Z). Protein S, a hepatic VKDP, has been shown to have an essential role in neuronal protection from excitotoxic injury via the activation of the TAM receptor tyro3-phosphatidylinositol 3-kinase-Akt pathway [14]. One study demonstrated that protein S improved blood flow during ischemic brain injury, due to its antithrombotic effects, and directly protected neurons from hypoxic injury, leading to a better neurological outcome [15]. In support of those findings, another study determined that protein S had cytoprotective activities and preserved the integrity of the blood-brain barrier [16].
Studies suggest that VK1 may influence cognition. In older individuals, both dietary and serum VK1 were significant and independent predictors of cognitive function [17]. Lifetime consumption of a low VK1 diet resulted in cognitive deficits in rats [18][19]. Another study found a low intake of VK1 in nine of 31 elderly individuals who had early AD [20]. A cross-sectional study of 320 subjects between 60 and 75 years of age determined that there is a positive association between high serum levels of VK1 and verbal episodic memory, but not non-verbal episodic memory or executive functions [21]. Two other studies in elderly individuals (mean ages of 82 and 83, respectively) found a positive association between dietary intake of VK1 and memory questionnaire scores [22][23]. We note that many studies looking at VK1 and cognition had limitations in accurately assessing dietary VK1 [24]. One study did not find an association between low vitamin K levels and cognitive decline [25]. However, this study, unlike the others we have reviewed, examined individuals that had a mean age of only 60 and investigated the synergistic effects of vitamin K and vitamin D3.
There are also studies that discuss a possible association between the use of vitamin K antagonists (VKAs) and cognitive decline or brain focal atrophies [24]. These studies generally agree that anticoagulants impact cognition, with vitamin K as a possible mechanism. Given that VK2 also plays a role in coagulation, these studies are relevant to the effects of both VK1 and VK2 on brain health. One large cohort study treated subjects with VKAs and reported a decrease in visual memory and verbal fluency, but no changes in mini-mental state exam (MMSE) scores [26]. A cross-sectional study involving 54 patients, a third of whom were on VKAs, showed that focal brain atrophy, measured by MRI scans, was associated with the duration of treatment with VKAs [27]. Another study with subjects (≥75 years) on VKAs demonstrated that there is an association between VK1 concentration and cognition, which was assessed using the Milan Overall Dementia Assessment (MODA) [28]. A cohort study of 267 geriatric individuals found that the use of VKAs was associated with lower MMSE scores [29]. However, a cohort study of 378 elderly individuals did not find a difference in MMSE scores, although there was a change in frontal assessment battery (FAB) scores [30].
Both VK1 and VK2 have roles in brain health via the regulation of sphingolipid metabolism [19][31][32]. Sphingolipids are complex lipids that possess important biological functions in the development and survival of neurons. Alterations in sphingolipid metabolism have been implicated in neurodegenerative diseases such as AD, Parkinson’s disease, and Huntington’s disease [33]. In a study of mice that underwent demyelination to mimic multiple sclerosis lesions, an intake of 2 mg of VK1 three times per week increased the production of brain sulfatides after both one and three weeks of remyelination [34].
However, unlike VK1, VK2 activates a variety of extrahepatic VKDPs, which have many complex roles (Figure 3). Of these VKDPs, the best studied are the matrix Gla protein (MGP), osteocalcin, and growth arrest-specific protein 6 (Gas6). MGP inhibits the calcification of soft tissue and is present in the arterial wall [35]. Osteocalcin is important for bone health, and recent research has highlighted its additional roles in brain signaling, energy metabolism, and inflammation [36][37][38]. Gas6 is widely expressed in the nervous system, and it regulates neuroinflammation and cancer cell signaling [39][40].

Figure 3. The main vitamin K-dependent proteins that are activated by vitamin K2.
VK2 also acts as a transcriptional regulator and has antioxidant properties [41][42][43]. Unlike VK1, VK2 possesses immunosuppressant effects and inhibits T-cell proliferation [44][45][46]. When coupled with research showing the role of VK2 in suppressing the NF-κB pathway, such findings provide convincing evidence of the immunomodulatory and anti-inflammatory properties of VK2 [47][48]. Furthermore, several in vitro studies have shown the anticarcinogenic effects of VK2, and the results from the Heidelberg cohort of the European Prospective Investigation into Cancer and Nutrition (EPIC) found that VK2 intake was inversely associated with the incidence of advanced prostate cancer [49][50][51][52][53].

More
© Text is available under the terms and conditions of the Creative Commons Attribution (CC BY) license (http://creativecommons.org/licenses/by/4.0/)
Upload a video for this entry
Information
Subjects: Nutrition & Dietetics
Contributor MDPI registered users' name will be linked to their SciProfiles pages. To register with us, please refer to https://encyclopedia.pub/register :
Alexander Popescu
View Times: 152
Revisions: 3 times (View History)
Update Time: 22 Sep 2021
Table of Contents
1000/1000
Hot Most Recent