Submitted Successfully!
Thank you for your contribution! You can also upload a video entry related to this topic through the link below:
https://encyclopedia.pub/user/video_add?id=10660
Check Note
2000/2000
Sustainable Consumer Behavior
Edit
Upload a video
This entry is adapted from 10.3390/su13115762

Sustainable Consumer Behavior, namely a new sustainable consumer model, refers to major shifts in buying and consumption habits. Nevertheless, these shifts were lagging as consumers resisted change in the comfort of old habits. This comfort was shaken up by the COVID-19 outbreak that forced us to rethink every aspect of our lives. Therefore, this crisis context seems the perfect opportunity to shift towards the sustainable consumer model. 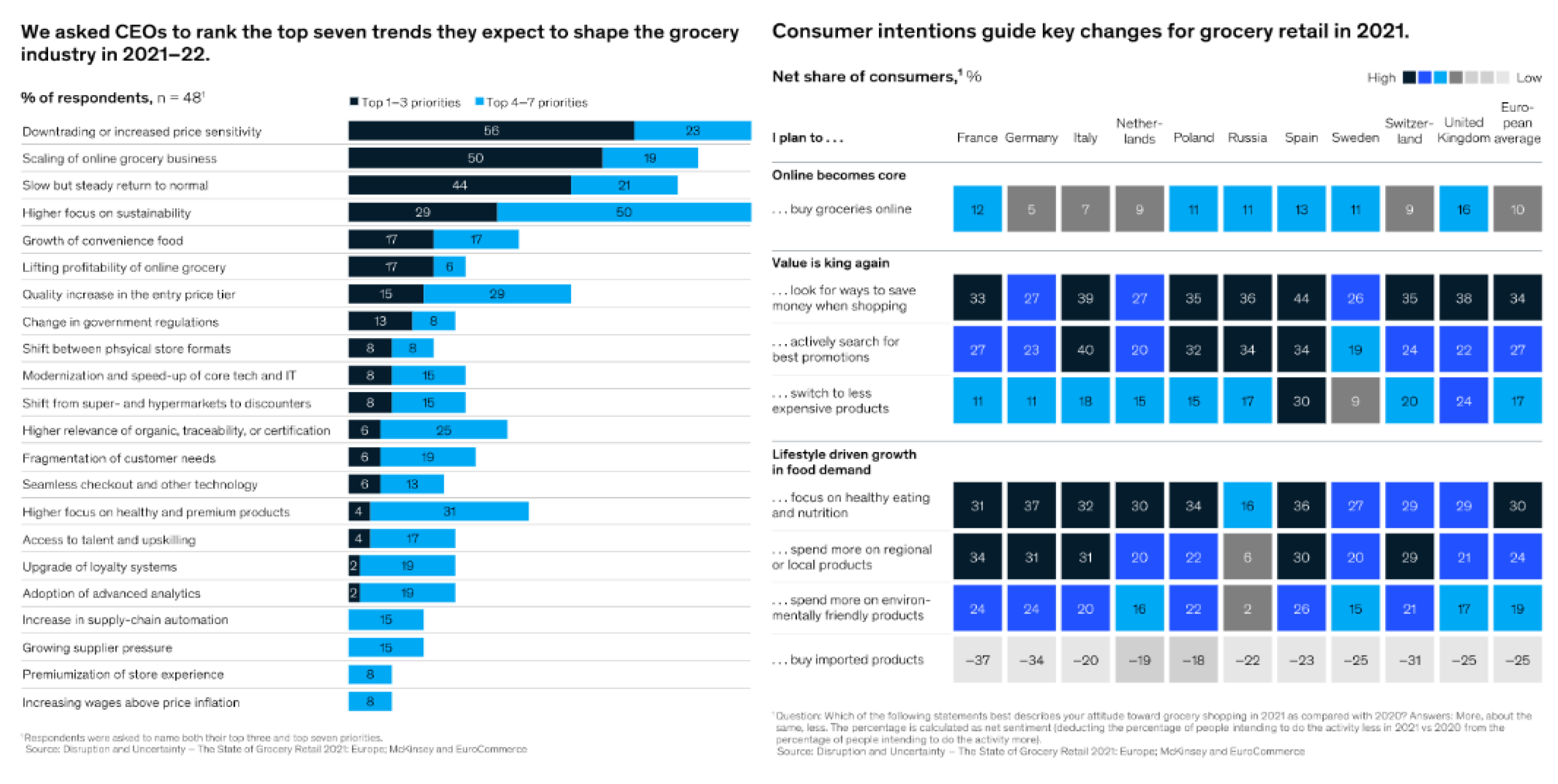 Figure 1. Key trends shaping the industry: CEOs’ views of fundamental industry-shaping changes, and shopping intentions of consumers.
The COVID-19 crisis has intensified the movement toward more organic, affordable, and local goods, with no sign of abating. Across Europe, 30% of respondents intend to spend more on healthy eating and wellness in 2021 versus 2020, 24% plan to spend more on regional and local goods, and 19% plan to spend more on environmentally friendly products. Many individualized factors continue to affect these patterns, including economic conditions [50]. Consumers who have more disposable income tend to be less frugal in their spending habits and more open to health and nutrition. To a large degree, lower-income populations concentrate on what they can afford and less on what they need concerning healthier food choices.

Using as a starting point consumers’ perception and take on their financial situation and their overall professional life is argued by the fact that consumers’ estimation of their future financial situation is a salient indicator of “consumer confidence” that is one predictor of consumers buying behavior. As Solomon et al. [51] show, “when people are pessimistic about their prospects and the state of the economy, they tend to cut back their spending and take on less debt.” The respondents’ estimation and perception that their financial situation is mostly worse or significantly worse than 3 months ago are consistent with the Eurostat results showing a decrease of 4.8% in 2020 in the total employment income at the EU level [52]. When estimating their future financial situation, respondents proved a pretty optimistic perspective on their future, which might result from our culture’s optimistic bias discovered by Druică et al. [53]. All these elements related to income and perception of the financial present and future situation are essential in understanding the underlying elements that influence consumer behavior and how it is exposed to changes in the COVID-19 era. These results show how uncertainty has the power to influence consumers’ dark views over their financial outcomes. Moreover, the moment this uncertainty becomes a bit more specific (or maybe, the moment consumers get used to that level of uncertainty), expectations and perception become more optimistic for the Romanian consumer.
When referring to the impact of perceptions over the financial situation, perceiving that the financial situation is currently worse than it used to be 3 months ago might also be one of the causes why respondents believed that prices have increased during the outbreak. Besides their subjective bias, respondents’ perception of price increases is supported by a report issued by Euromonitor [54] arguing that “spending on essentials such as food, non-alcoholic beverages, and housing is likely to rise mainly due to higher costs of living (especially food prices)”, a statistic also consistent with 57.7% of the respondents that said that their food consumption did not increase in terms of quantity. Despite not changing in terms of quantity, for sure, the habits that led the way while purchasing have changed. Some of the changes discovered in our research prove that consumers are making more prudent purchasing decisions while buying more and more discounted products. It confirms a study conducted by McKinsey [49] showing that 12 disruptive trends have battered the model for the consumer goods, out of which two are relevant in the current context: “conscious eating and living” and “steady rise of discounters” (and the COVID-19 impact enhanced both these trends). One-way consumer behavior seems to be moving more and more towards a sustainable model: bringing awareness in the way people spend money is ground zero in understanding which decisions serve them and which do not serve them. Respondents in this research project confirmed that their awareness level has changed in two significant directions: general awareness and ways towards more efficient resource management.
When speaking about surprising research results, we can include in this category the fact that online shopping from supermarkets or hypermarkets was rather unappealing for the Romanian consumers, as opposed to other statistics that showed different results [49][55]. One reason for such an odd result might relate to the fact that supermarket or hypermarket shopping in Romania is not a general service and is most frequent in big cities while being a rare service in smaller cities. These results offer another perspective on changing buying behavior: technology adoption for a more efficient resource usage has still a long way to expand in Romania.
Moreover, consumers’ willingness to buy from local and national producers is another primary outcome of the COVID-19 outbreak that is likely to favor the appearance of a consumer that is “increasingly aware of the impacts of their lifestyle on both the planet and the society” [52]. It also confirms Accenture’s results that discovered that 61% of consumers “are making more environmentally friendly, sustainable or ethical purchases” [55]. Even more than that, the same report shows that out of that 61% of consumers, a share of 89% is likely to continue post-crisis with these sustainable changes [55]. The respondents’ interest in buying local, together with their increased interest in fresh products, shows another window of opportunity: understanding the global supply chain’s fragility (based on their own experience during the COVID-19 outbreak), respondents turned to local products. They stuck with them also when restrictions were not so strict on the national level. Such a trend is likely to stick around given that it has become a lifestyle habit that is enforced with every day that the consumer spends under exceptional, rocky circumstances.
All in all, these results show how significant changes were a part of people’s every aspect of life, starting from their view on the level of certainty they experience in their professional life and with their financial situation, towards understating their perceptions and their consumption choices. Based on the fact that most May results were consistent with the December results, these changes seem to stay here. At the same time, we cannot ignore the fact that there were a few changes between May and December that might already be signaling that the window of opportunity is closing on the long-lasting consumer behavior changes.

More
© Text is available under the terms and conditions of the Creative Commons Attribution (CC BY) license (http://creativecommons.org/licenses/by/4.0/)
Upload a video for this entry
Information
Subjects: Behavioral Sciences
Contributor MDPI registered users' name will be linked to their SciProfiles pages. To register with us, please refer to https://encyclopedia.pub/register :
Maria-Floriana Popescu
View Times: 714
Revisions: 2 times (View History)
Update Time: 09 Jun 2021
Table of Contents
1000/1000
Hot Most Recent