Submitted Successfully!
Thank you for your contribution! You can also upload a video entry related to this topic through the link below:
https://encyclopedia.pub/user/video_add?id=10469
Check Note
2000/2000
CPET in Patients with HCM
Edit
Upload a video
This entry is adapted from 10.3390/jcm10112312

We aim to review and analyze the available data from the literature on the value of Cardiopulmonary Exercise Test (CPET) in HCM.

Hypertrophic cardiomyopathy is the most frequent and best characterized inheritable cardiac disease (1:500 general population). It is defined by the presence of left ventricular hypertrophy (LVH), measured as thickness of ≥15 mm in adults, in the absence of other loading conditions [1][2]. HCM causes significant morbidity and mortality, and its natural history includes the development of atrial and ventricular arrhythmias such as atrial fibrillation or flutter, and heart failure, stroke, and sudden cardiac death. SCD is the most frequent severe event with a 1% annual incidence [2][3]. In some developed countries, HCM is the most important cause of SCD among young people and athletes [3].
A series of clinical parameters associated with an increased risk of SCD during the follow-up of these patients have been identified. These include the magnitude of the LVH, severity of the left ventricular outflow tract gradient, left atrial diameter, familiar history of syncope or SCD, and the non-sustained ventricular tachycardia (NSVT) in the ambulatory ECG monitoring [4][5][6][7] but also ABPRE and the presence of ventricular arrhythmias. While every parameter has low predictive value when considered alone, risk scores derived from population size sample of patients have been developed [4][5]. HCM patients’ response to exercise has been largely studied. Values of VO2max and ATVO2 have been found reduced in some series. When functional limitation is present, this can be explained related to a reduction in the stroke volume, the chronotropic reserve, an imbalanced ventilation perfusion, and an inadequate peripheral oxygen utilization.
Patients with chronic diseases frequently adapt their lifestyles to the functional limitations associated with their pathology. Exercise testing in HCM patients is a useful tool to reveal subclinical symptoms and provides valuable information for exercise prescription [8]. HCM patients’ response to exercise has been widely investigated and even proposed as one of the differential diagnostic variables between cases of physiological hypertrophy in athletes and HCM [9][10].
While a comprehensive assessment of functional capacity with ergometry, VO2max analysis with echocardiography allows a better understanding of the pathophysiology in HCM, the diversity of protocols prevents from comparisons between studies. Dyspnea, chest pain, and syncope on exertion are a consequence of the complex involvement of cardiac and extracardiac factors. LVOT together or not with mitral regurgitation, diastolic dysfunction, myocardial ischemia, rhythm disorders, or autonomic imbalance, are the main cardiac factors involved in symptoms development.
The main aim of the study was to present a systematic review and a meta-analysis of the of available data on cardiopulmonary exercise functional assessment of patients with HCM. The analysis included the evaluation of methodological protocols and the impact of relevant clinical characteristics such as age group, obstruction severity, degree of hyper-trophy and the prognostic implications of the results of the functional tests.

Original search yielded 2616 results and 12 more were added based on the exploration of the references of systematic reviews and meta-analyses related to hypertrophic cardiomyopathy. When full texts were not available online, authors were contacted after an initial screening for title and abstract. A flow diagram of the search process is available in Figure 1. One hundred and two full texts were read after the first screening, of which, 69 were included for qualitative synthesis. The protocol was designed ad hoc and not published. All data concerning methodological designs are showed in Table 1. They included 11,672 patients which were 48 ± 14 years old and had an average body mass index of 26.9 ± 6.5 kg/m2 as evaluated with data from 21 studies and 6558 patients. In total, 65.9% of them were men and 34.1% women. In 18 of the 69 articles, at least one extracardiac variable was included, among which the presence of diabetes and pathologies involving the lipidic metabolism were the most common with 14 and 7 times reported, respectively. The presence of diabetes was calculated with data from 3665 patients with a prevalence of 7.6%; and from 1927 patients for dyslipidemias with a prevalence of 45.1%. Other comorbidities such as hypertension and smoking habit were present in 32.8% and 30.6% of patients, respectively. 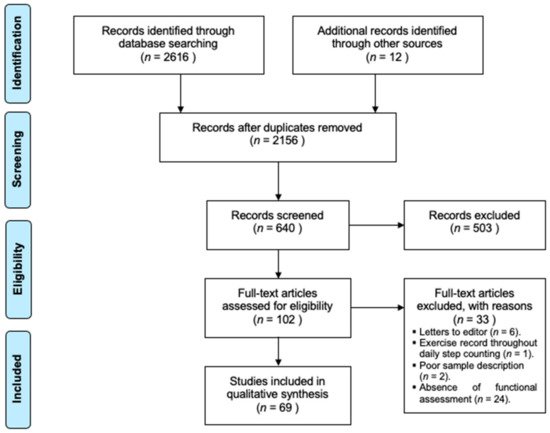 Figure 1. Flow diagram of the search process. Adapted from Moher and collaborators [11].
Table 1. Methodological characteristics of publications.
Methodological characteristics of publications.
%W: percentage of women in the sample; CPET: cardiopulmonary exercise test; BL: baseline measure; EX: exercise measure; Out: exclusion criteria; CE: cycle-ergometer; Sup CE: supine cycle-ergometer; Semisup CE: semi-supine CE; Tread: treadmill; (?) CE: cycle-ergometer with unknown position of the patient; 5H-L: 5 half-lives; Disc.: drug therapy withdrawn a certain time before the test; Discont. (?): drug therapy withdrawn before the test but no further information about time available; ‘M’: METs; DM: diabetes mellitus; HL: hyperlipidemia; ∑skinfolds: summatory of three skinfolds; Hb: hemoglobin content. ‘Not controlled’: drug use reported without information about its management. When added intensity is reported with ‘%’, it means that slope of the treadmill was augmented in that certain percentage.
Management of the pharmacological therapy showed 12 different options and was evaluated in 60 of the 69 studies. In seven of them, the use of drugs was recorded but no further information about its management was provided. In 26 of the 53 remaining, drugs were not discontinued before the study; in 6, the researchers provided it; and in 1, none of the subjects were on medication. Finally, in the 20 remaining studies, drugs were discontinued with variable time from 5 days to 12 h prior to the exercise test.
Treadmill was the most common ergometer employed (n = 37 studies), followed by upright cycle-ergometer (n = 16 studies), supine and semi-supine cycle-ergometers (n = 6 studies each). Bruce’s protocol [81] and its modified version [82] were the most frequently used, while there was a marked heterogeneity in the protocols employed in the cycle-ergometers. The initial intensity was set between 0 W and 28 W with increments ranging from 5 W to 30 W and lapses lasting 1 to 3 min. There were 2 publications where the intensity was increased in a ramp-like fashion adding 1–2 W each 1–6 s.

CPET is a valuable tool and can safely perform for assessment of physical functional capacity in patients with HCM. VO2max is the most common performance measurement evaluated in functional studies, showing higher values in those based on cycle-ergometer compared to treadmill. A variety of protocols and the lack of standard protocol difficult comparisons between studies. Subgroup analysis shows that exercise intolerance seems to be more related to age, medication and comorbidities than HCM phenotype itself. Lower VO2max is consistently seen in HCM patients at risk of major cardiovascular outcomes.

More
© Text is available under the terms and conditions of the Creative Commons Attribution (CC BY) license (http://creativecommons.org/licenses/by/4.0/)
Upload a video for this entry
Information
Subjects: Cardiac & Cardiovascular Systems
Contributor MDPI registered users' name will be linked to their SciProfiles pages. To register with us, please refer to https://encyclopedia.pub/register :
Adrián Bayonas-Ruiz
View Times: 59
Revisions: 2 times (View History)
Update Time: 03 Jun 2021
Table of Contents
1000/1000
Hot Most Recent