This article is associated with the MDPI International Journal of Molecular Sciences article, which belongs to a Special Issue Plant Cell and Organism Development, “Completing Autophagy: Formation and Degradation of the Autophagic Body and Metabolite Salvage in Plants” by Szymon Stefaniak1, Łukasz Wojtyla1, Małgorzata Pietrowska-Borek2, Sławomir Borek1,*

Autophagy, which literally means “self-eating”, plays a crucial role in the degradation of useless or damaged cell components such as macromolecules, protein complexes, and organelles. Autophagy also plays a role in the degradation of foreign elements for cells, such as bacteria, viruses or sperm residues after egg cell fertilization. In plants, autophagy participates in the circulation of cell components and acts as a quality control mechanism. It also functions in some developmental processes such as pollen maturation, aging, and cell death, including programmed cell death [[1][2][3][4][5][6]].

2. Formation and trafficking of autophagosome

The first visible symptom of macroautophagy is the appearance in the cytoplasm of a cup-shaped structure, called the phagophore (Figure 1). The phagophore elongates, surrounding and simultaneously separating the fragment of the cytoplasm together with organelles or other components of the cell that are intended for degradation. The final stage of phagophore differentiation is the complete surrounding of the cargo and its sequestration inside the autophagosome. This is a vesicle with a double, bilayer lipid-protein membrane, containing cargo intended for autophagic degradation [[7][8][9][10][11][12]]. In plants, the autophagosome fuses with the vacuole creating an autophagic body that is quickly degraded by vacuolar lytic enzymes [[13][14]]. 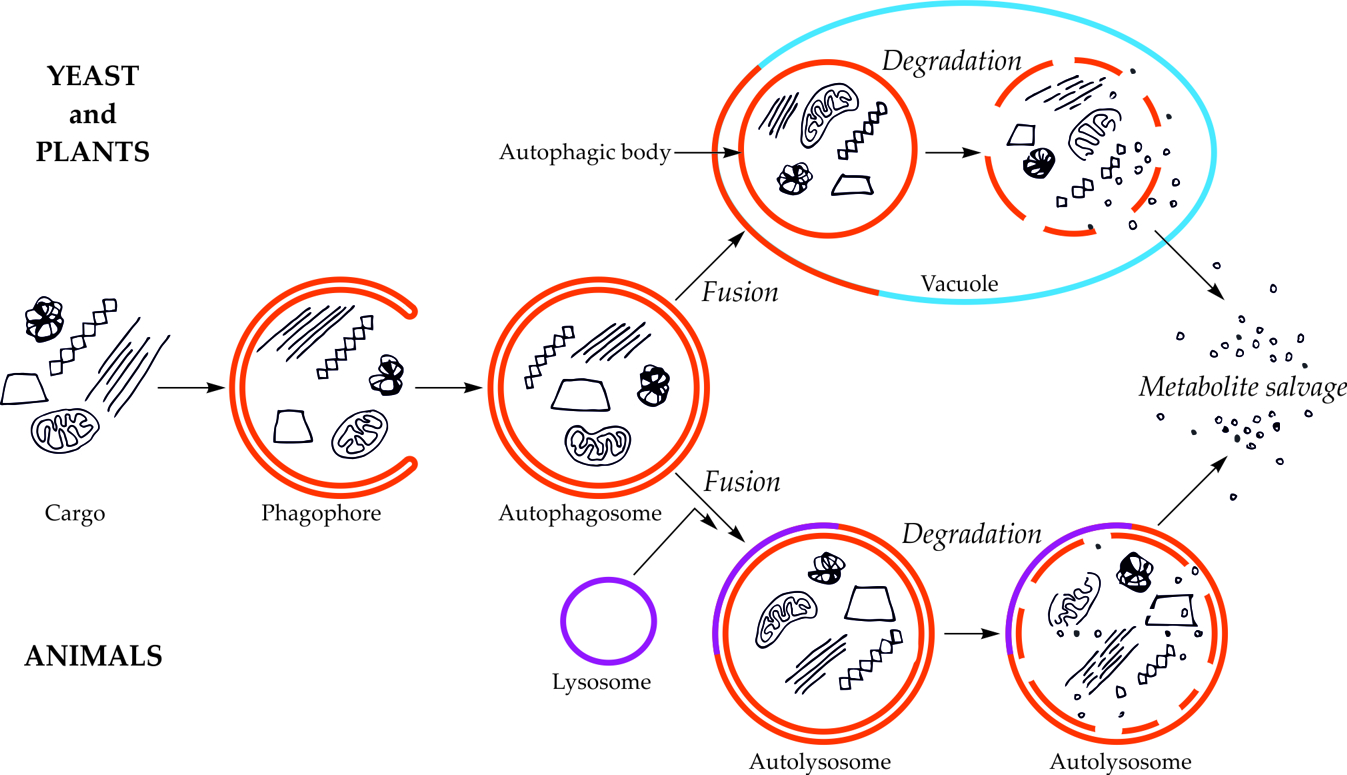 Figure 1. Schematic diagram of macroautophagy in cells of yeast and plants (upper part of the drawing) and in cells of animals (bottom part of the drawing). In yeast and plant cells, the autophagosome fuses to the tonoplast, creating the autophagic body inside the vacuole. In animal cells, the autophagosome fuses with the lysosome, giving the autolysosome. The autophagic body inside the vacuole and the content of autolysosome are rapidly degraded, allowing reuse of metabolites [[15]]. 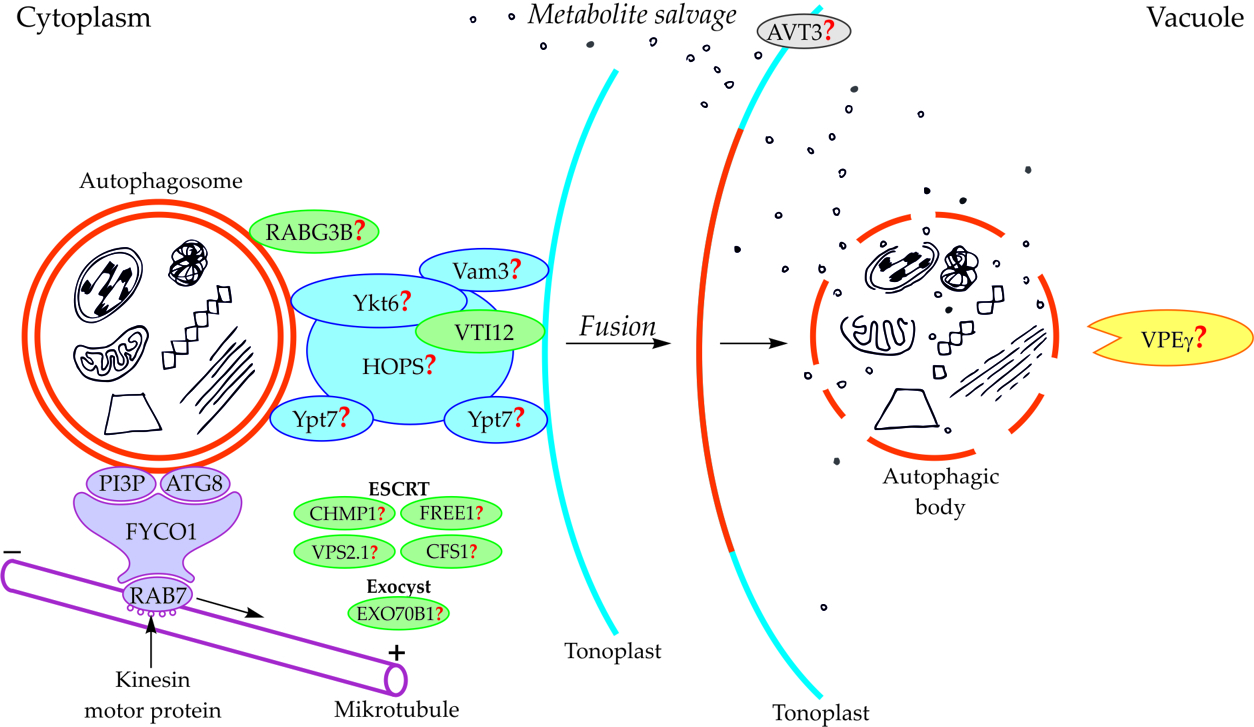