Since 2006, the reform of China’s banking industry has taken a new and important step. The “Big Five” banks, the Bank of China Limited (BOC), Industrial and Commercial Bank of China Limited (ICBC), China Construction Bank Corp. (CCB), Agricultural Bank of China Limited (ABC), and Bank of Communications Co., Ltd. (BOCOM), have successfully completed shareholding system reform and are listed on the Chinese A-share stock market. At the same time, the reform of interest rate marketization (IRM) has been steadily promoted. Zhou Xiaochuan, China’s central bank chief, pointed out that IRM enlarged the banks’ pricing power and the pricing power on loans and deposits. Moreover, the reform will help the market play a role in allocating resources and reflect the independent pricing power of financial institutions on their products and services. In addition, customers can choose from similar financial products at different prices, so financial institutions will be able to provide a variety of financial products and services and offer different prices according to the customer’s risk [1]. Additionally, in recent years, the Chinese government has emphasized the importance of promoting IRM reform in reports on the work of the government.

The outbreak of the global financial crisis in 2008 had a substantial and far-reaching impact on China’s banking industry. Against the background of the global financial crisis, with the continuous reforms and innovations of China’s financial system, interbank competition has intensified. According to our calculation, the net interest margin has been volatile over the years (see Figure 1), which means the traditional operating strategy based on interest income should be changed. Therefore, there is an urgent demand for Chinese commercial banks to transform and upgrade main businesses, and many banks have adopted the strategy of income diversification, by providing more abundant financial products and services (non-interest business) to broaden their income channels. As shown in Figure 2, non-interest income has increasingly contributed to operating income from 2008 to 2016. 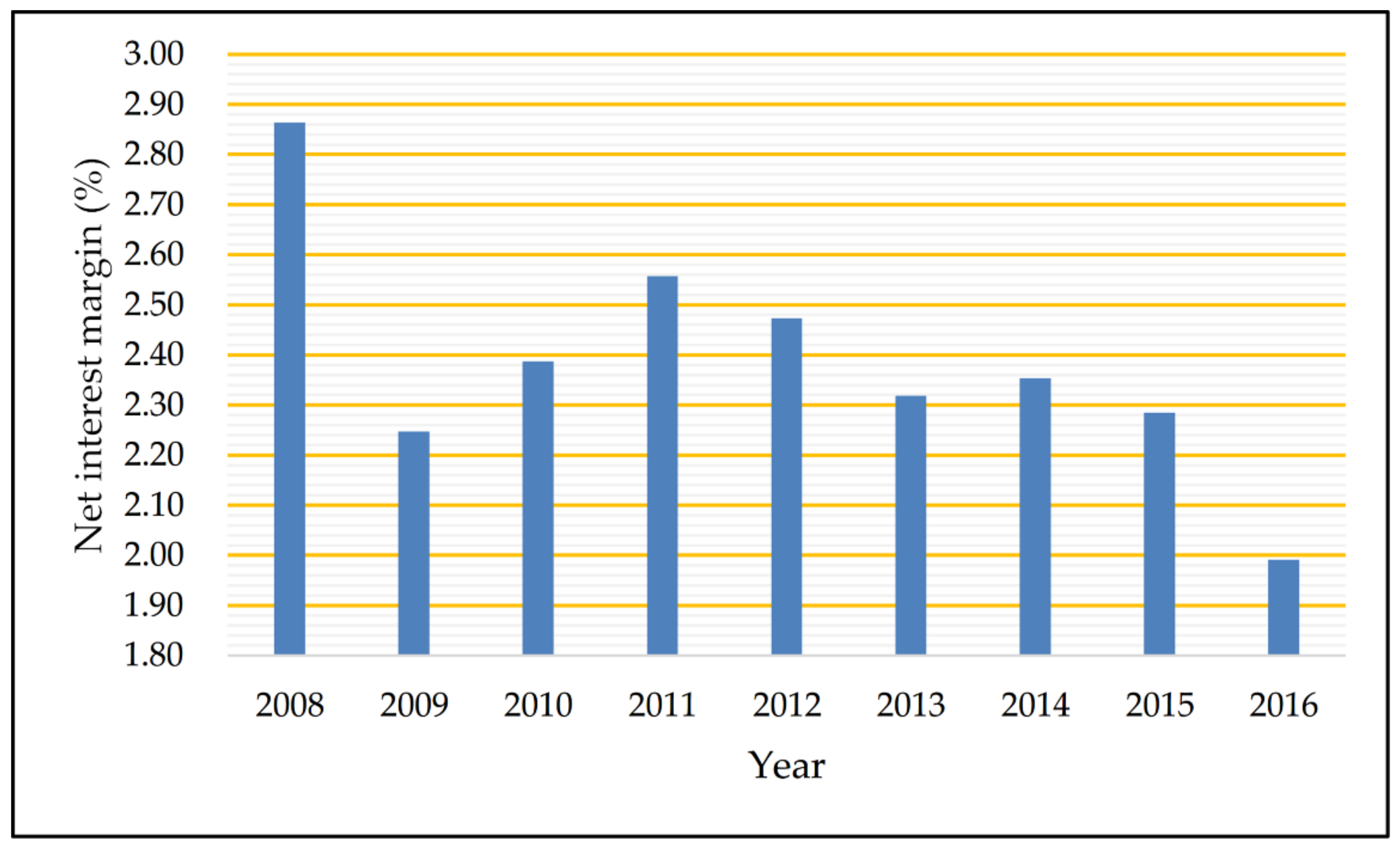 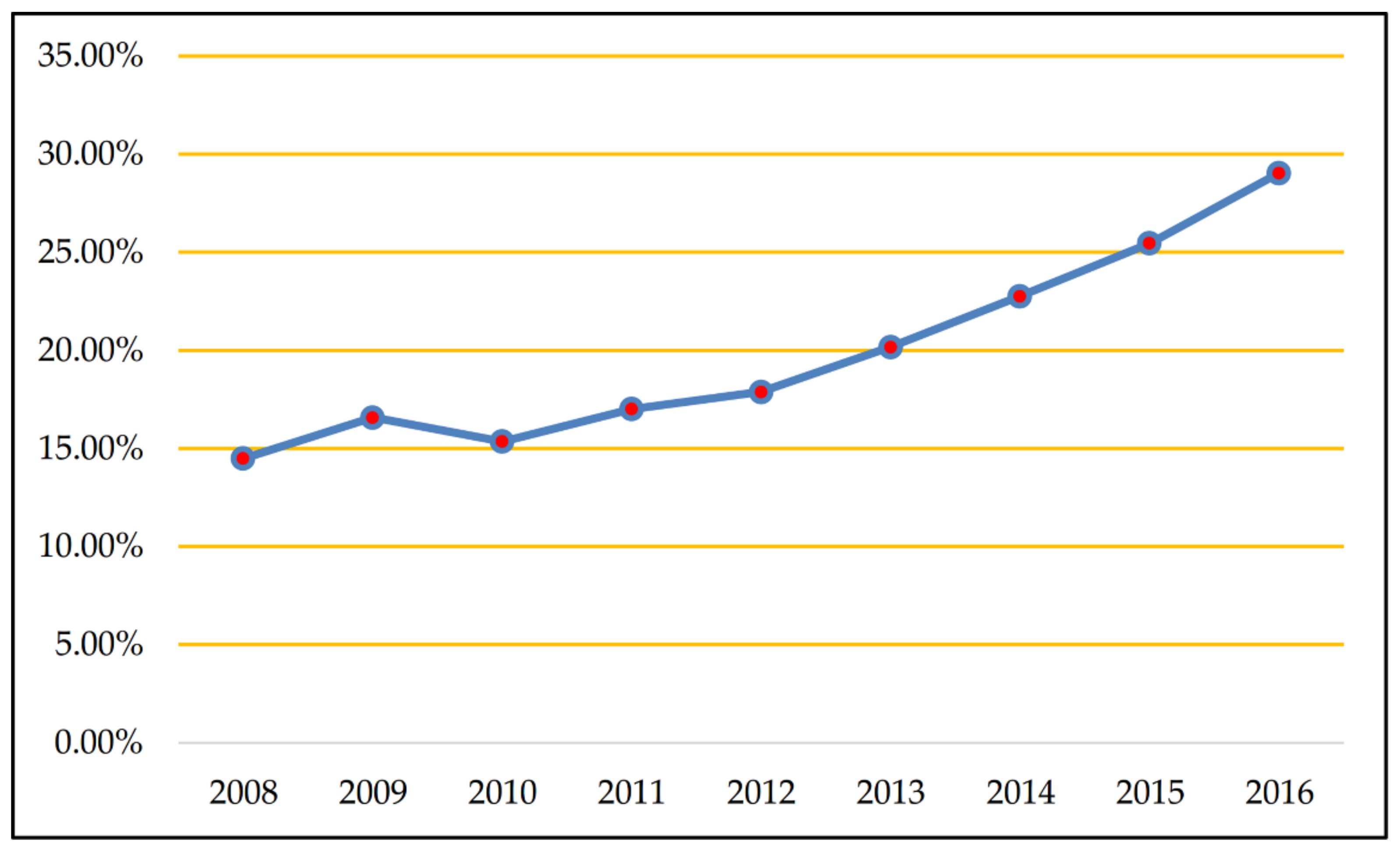 Figure 2. The percentage of non-interest income in operating income.

1.2. The Income Diversification of Banks

Income diversification has become an important trend in the development of modern banking. Most early studies were focused on the income diversification strategies of the European and American banking industries and described the potential benefits of income diversification from a variety of perspectives. First, by engaging in a wider range of financial activities, diversification can broaden revenue channels and cultivate new growth points. Second, banks can achieve operational synergies in providing a variety of financial products and services and enhance profitability with the economies of scale. In addition, since the non-interest business of a bank is irrelevant or not completely relevant to the interest business (which was believed to be more highly related to the economy), the diversification of income structures can reduce the volatility of the bank’s income and stabilize it. Furthermore, by making full use of the customer information accumulated in traditional businesses, universal banks that adopt income diversification incur lower costs than specialized banks engaged only in traditional banking (see [2–5]). Moreover, some scholars believe that universal banks achieve well-diversified incomes and face lower risks than specialized banks. According to statistics from the Great Depression in the United States, most of the bankrupt banks were specialized, engaging only in a single business. To summarize, income diversification makes banks operate more efficiently by reducing cost, lowering risk, and enhancing profitability. Additionally, it can contribute to financial stability and economic development (see [6,7]).