Flavonoids are plant-derived compounds with antioxidant, anti-inflammatory and radio-neuro-protective effects. Flavonoids and their metabolites can cross the blood–brain barrier (BBB), which is made up of capillary endothelial cells and basement membrane, neuroglial membrane and glial podocytes, i.e., projections of astrocytes, and reach brain cells to reduce brain damage and alleviate neurodegenerative diseases and cognitive impairment.

The neuroprotective mechanisms of flavonoids may include anti-oxidation, anti-apoptosis, anti-neuroinflammation and regulation of various intracellular and extracellular targets. Recent in vitro experiments have shown that EGCG and its metabolites, such as theaflavins, can enter the brain parenchyma through the BBB, induce neuritogenesis and have a potential neuroprotective effect[1]. Troxerutin, a natural flavonoid with a high capability to pass through the BBB, can prevent rotenone-induced retinal neurodegeneration[2]. Quercetin, a flavonoid, has obvious neuroprotective effects on radioactive brain injury[3]. Radiotherapy of patients with brain tumors leads to learning and memory impairments. Although the pathological cascade of cognitive deficits remains unknown, reduced hippocampal neurogenesis may be involved in the pathogenesis. It has been observed in cell and animal experiments that baicalin can reduce radiation-induced hippocampal neuronal damage by regulating oxidative stress and upregulating brain-derived neurotrophic factor (BDNF)-phosphor-(cyclic-AMP response element-binding protein) (p-CREB) signal transduction. In addition, baicalein (5,6,7 trihydroxyflavone) can prevent spatial learning and memory impairment caused by radiotherapy[4]. In view of the widespread existence of radiation and its tremendous damage to the human body, it is necessary to find a safe and effective radiation protection agent, and flavonoids are suitable candidates.

Flavonoids are chemically based upon a fifteen-carbon skeleton consisting of two benzene rings (A and B) linked via a heterocyclic pyrane ring (C) (as shown in Figure 3). According to the connection between the B-ring and C-ring, the structure of the B-ring and the hydroxylation and glycation patterns of the three rings, flavonoids can be divided into different subclasses[5], including flavanols, flavanones, flavonols, flavones, isoflavones and anthocyanins[6]. The chemical structure of flavonoid compounds depends on the spatial configuration of the hydroxyl group at the C2 position, the C2=C3 double bond, the 4-carbonyl group and the B-ring. The biological effects of flavonoids depend on their chemical structure. The position of hydroxyl groups and other features are important for their antioxidant and free-radical-scavenging effects[7]. Flavonoids reduce radiation-induced brain damage in different ways in many studies in cell and animal models. In the adult male rat model, pre-irradiation administration of quercetin with 50 mg/kg for 15 days can significantly improve malondialdehyde levels and total antioxidant status in plasma and tissues after acute cranial radiation with 20 Gy. Histopathological evaluation showed that quercetin administration significantly reduced radiation-induced neuronal degeneration and inflammatory infiltration, suggesting a neuroprotective role of quercetin after brain radiation exposure [3]. In primary cultured dorsal root ganglion (DRG) neurons, quercetin pretreatment (5–100 μM) for 24 h before gamma irradiation (2 Gy) resulted in increased viability, whereby viability increased in a quercetin-concentration-dependent manner. The maximum protective activity of quercetin against radiation-mediated toxicity was observed at concentrations of 25 and 50 μM. It reduced the expression of the endoplasmic reticulum stress marker gene in irradiated DRG neurons and downregulated the expression of TNF-α. Furthermore, it significantly increased the expression of the Tuj1 protein, suggesting neuronal revival, and decreased the apoptotic markers C/EBP-homologous protein (CHOP), jun-N-terminal kinases (JNK) and pJNK protein levels[8]. No toxicity was reported at the concentration used[3][8]. However, quercetin is a well-known flavonoid with low bioavailability. Recently, quercetin nanoparticles have been shown to have a better bioavailability [9]. In 6-week-old male albino Sprague–Dawley rats, pre-irradiation oral administration of Rutin with 200 mg/kg b.w/day for 21 days provided neuroprotection against γ-radiation-induced neurotoxicity via activation of the phosphatidylinositol-3-kinase (PI3K)/serine-threonin protein kinase (AKT)/ glycogen synthase kinase 3 β (GSK3β)/ nuclear factor erythroid-2 related factor-2 (NRF-2) pathway by altering the phosphorylation state through its ability to scavenge free radicals generation, modulating gene expression, and its anti-inflammatory effects when animals were γ-irradiated with 5 Gy[10]. In male Wister rats weighing about 120–150 g, pre-irradiation oral administration of 5, 7-dihydroxyflavone (DHF), a natural plant flavonoid, with 50 mg/kg b.w/day for 21 days can improve the content of malondialdehyde, β-amyloid, acetylcholinesterase, cysteine aspartic proteinase-3 and other parameters in the brains of rats γ-irradiated with 5 Gy[11]. In 7-week-old male C57BL/6 mice, pre-irradiation administration of baicalein (10 mg·kg·day-1 i.p.) for 7 days starting on postnatal day 42 showed that baicalein prevented radiation-induced necrotic death of neural progenitor cells and subsequent learning and memory retention deficits, suggesting that it may be a promising therapeutic candidate to protect radiation-induced impairment of neurogenesis and its neurocognitive consequences[4]. The pretreatment of irradiated rats with EGCG at doses of 2.5 and 5 mg/kg/d for 3 d before γ-irradiation with 4 Gy significantly ameliorated the increased plasma levels of amyloid β, TNF-α and IL-6 and the decrease in dopamine and serotonin. It also significantly ameliorated the irradiation-induced decrease in antioxidants, including glutathione level, and the activities of glutathione peroxidase and glutathione reductase in the hippocampus. EGCG treatment prior to radiation exposure protected against DNA damage and apoptosis in the hippocampus. Meanwhile, it reduced p53, Bax and caspases 3 and 9 but increased Bcl-2 expression. These results indicate that EGCG can attenuate the severity of radiation-induced damage and cell death in the hippocampus[12]. However, the inherent instability of EGCG limits its bioavailability and effectiveness. When formulated as dual-drug loaded nanoparticles (NPs) of EGCG/ascorbic acid (EGCG/AA NPs), EGCG displayed increased stability. Both EGCG and EGCG/AA NPs induced tight junction disruption and opened the BBB in vitro and ex vivo. Mechanistically, this study suggested that stabilization of EGCG in NP complexes and disruption of the BBB may result in higher therapeutic EGCG concentrations in the brain[13]. Oral administration of wogonin (5,7-dihydroxy-8-methoxy flavone) (30 mg/kg) for 15 days to adult male Wistar rats before or after acute whole-body γ-irradiation significantly reduced the TNF-α, IL-1β and IL-6 levels, whereas glutathione (GSH), SOD, catalase (CAT), GPX, NRF2, heme oxygenase-1 (HO-1) mRNA and protein expression were increased when compared with the irradiated group treated with distilled water. Subsequent neurodegeneration and gliosis were also reduced [14] suggesting that wogonin may also be a promising natural radioprotectant used as a complementary treatment to brain radiotherapy or accident radiation exposure (Table 1). It needs to be emphasized that some flavonoids have poor aqueous solubility, low bioavailability and extensive gastrointestinal and/or hepatic first-pass metabolism, leading to a quick elimination as well as low serum and tissue concentrations. The intranasal route may serve as a viable alternative to oral or parenteral administration. Flavonoids could be transported directly into the brain through the olfactory and trigeminal nerves without passing through the blood–brain barrier, and peripheral exposure is also reduced, which may minimize possible adverse effects[15]. 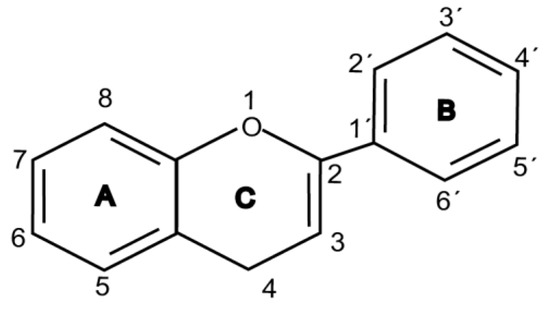 Table 1. Classification, structure backbone and examples of the main classes of flavonoids.