Electrochemical energy storage and conversion systems such as electrochemical capacitors, batteries and fuel cells are considered as the most important technologies proposing environmentally friendly and sustainable solutions to address rapidly growing global energy demands and environmental concerns. Their commercial applications individually or in combination of two or more devices are based on their distinguishing properties e.g., energy/power densities, cyclability and efficiencies. 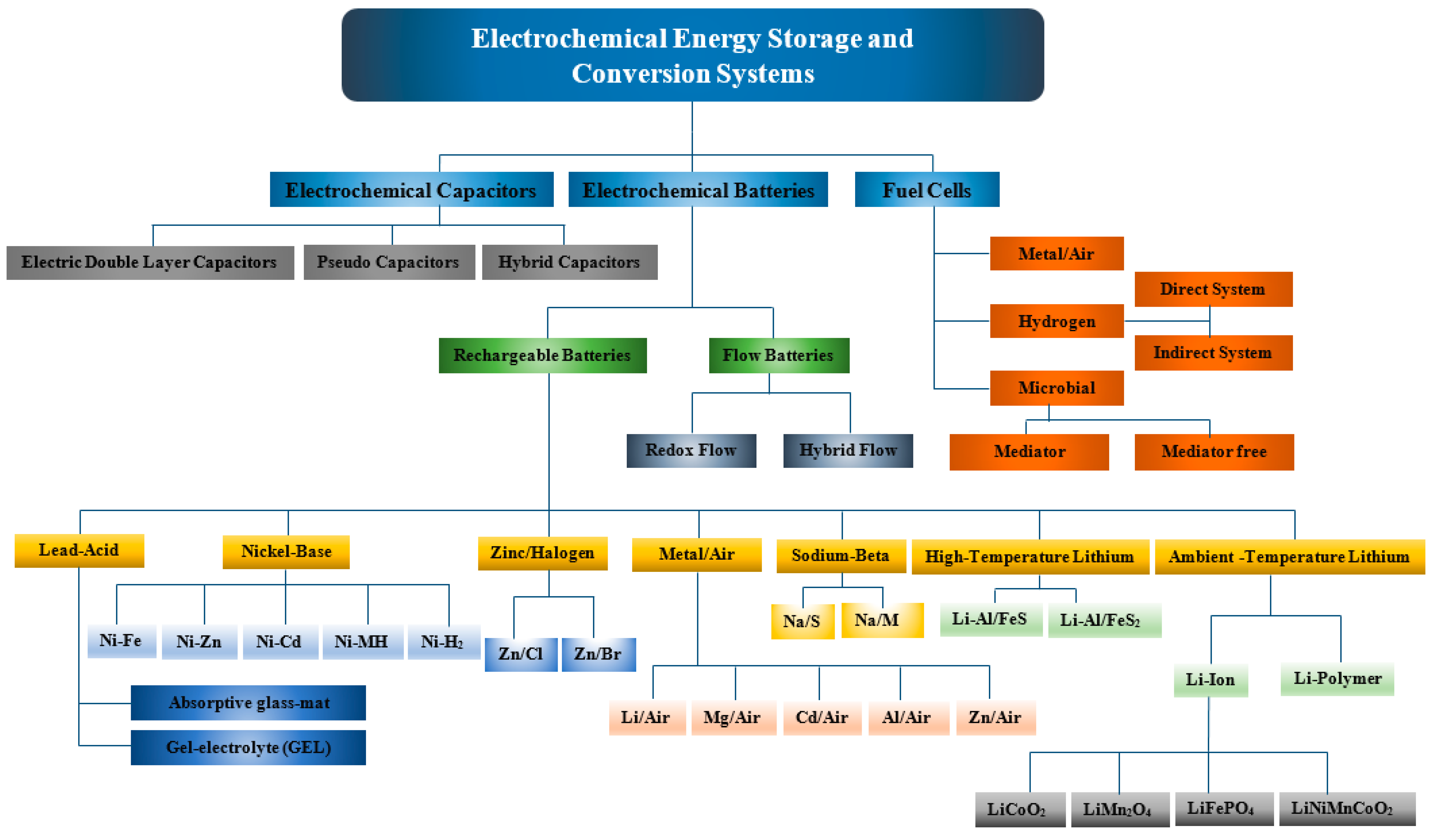 Electrochemical batteries and fuel cells are considered as high energy density devices with typical gravimetric energy densities in the range of 100–200 Wh kg−1 and 600–1200 Wh kg−1 respectively, whereas current ECs have significantly lower energy densities with typical values typically between 0.05–30 Wh kg−1 [1]. However, ECs are considered as high-power density devices with very short charge/discharge times (of the order of seconds) which is difficult to achieve by other electrochemical energy storage and conversion devices. Figure 2 shows a comparison of specific energy, specific power and their delivery timescale for different energy storage and conversion devices. At present, none of these devices has the capability to meet the wide spectrum of requirements demanded by the diverse range of renewable energy sources such as wind, tidal and solar. However, they can respond to a broad rang requirements such as fast charge/discharge, peak power demands and high energy storage needs over a longer period of time when used in a combination of two or more.

In case of electrochemical batteries short cycle life and inferior efficiencies are the drawbacks requiring attention. None of these technologies has the capability to fulfil all the requirements for very broad range of applications alone, a problem which can be overcome by using hybrid systems consisting of combination of two or more of these devices, with ability to respond to applications with more complex requirements (e.g., in EVs/HEVs where high energy density batteries or fuel cells are coupled with high power capable ECs). Such combinations will result in longer overall system life, performance improvements and design flexibility, since batteries or fuel cells will not be pushed to the limits of their power capabilities and edge of their stabilities and response time Comprehensive details of technical characteristics of different electrochemical energy storage and conversion devices are listed in Table 1 above.