The detection, quantification, diagnosis, and identification of plant diseases is particularly crucial for precision agriculture. Recently, traditional visual assessment technology has not been able to meet the needs of precision agricultural informatization development, and hyperspectral technology, as a typical type of non-invasive technology, has received increasing attention. Disease detection technologies have became more and more significant on plant science.

With the changes in world climate and the accelerated development of global trade, the distributions, host ranges, and impacts of plant diseases have expanded continuously, and many of these diseases can still spread or break out after having been under control. In Bangladesh in 2016, the outbreak of wheat blast caused total crop failure with an impact range reaching nearly 15,000 ha [1]. In addition, the report of the Food and Agriculture Organization of United Nations (FAO) shows that the occurrence of only Xylella fastidiosa could cost nearly $104 million a year in wine losses in California alone [2]. Hence, plant diseases are now among the most basic, important, and noteworthy issues in agriculture management.

Whilst the economic losses caused by plant diseases are on the one hand, on the other hand, considering population and food imbalance, it is more serious that the diseases cause food losses. FAO statistics show that to fulfill the food requirements of 9.1 billion population by 2050, a 70% steady increase in agricultural production is needed [3]. However, between 20% and 40% of global crops have been lost annually to pests and diseases in the last 45 years. Furthermore, according to Carvajal-Yepes et al. [4], the average worldwide yield losses caused by pests and diseases in wheat, rich, maize, potatoes, and soybeans are estimated to be 21.5%, 30.0%, 22.6%, 17.2%, and 21.4%, respectively. In addition, diseases spread to large areas upon infection and cause large-scale production reduction, also resulting in a decrease in the quality of agricultural products or even endangering life. Fusarium head blight (FHB) is a prominent example. From 1998 to 2000 alone, the cumulative direct and secondary economic losses from FHB in primary food crops were estimated to be $2.67 billion [5]. In addition, once a plant disease breaks out on a large scale, the damage to the environment is considerable. According to FAO statistics, the consumption of pesticides increased from 3.05 million tonnes in 2000 to 4.09 million tonnes in 2016. Plant diseases are considered as risks because they constantly contribute to significant yield, economic, and environment losses worldwide [6]. Therefore, the early and accurate detection, monitoring, and assessment of plant diseases is important and necessary for farmers, managers, and decision makers.

Artificial visible investigation, as the most basic direct method in practice, is still being used. However, this approach requires professional knowledge of the relevant plant phenotype and plant pathology. Another mainstream, direct plant disease detection technique can be called the biological molecular method [7][8][9]. Biological molecular techniques require detailed sampling and have complex processing methods. Compared with artificial investigation methods, these approaches are more professional and cyclical. These two techniques are basic, significant, efficient and always involve the use of manual plant disease monitoring and detection methods. The processes of all of these manual methods are expensive, time-consuming, and labor-intensive [10]. These shortcomings limit the development and application of artificial methods in large-scale farms. In particular, it is necessary to note that these direct plant disease detection methods are usually performed in the middle to later stages of the infection, of which visible symptoms are typically manifest [11]. In the environment of modern facility agriculture and precision agriculture, the demand for real-time and large-scale detection of plant diseases is becoming increasingly prominent. This time-lag is inevitable and not conducive to early detection.

In the last decade, a number of non-invasive techniques have been developed, which are sensitive, consistent, standard, high throughput, rapid, and cost-effective [11]. Spectroscopy-based, imaging-based, and relevant remote sensing (RS) methods provide reliable and precise technical support for real-time and large-scale plant disease detection and monitoring. There are some links among these non-invasive approaches, which exist side by side and interact. The International Standards Committee has formally accepted methods developed using spectroscopy [12]. The commonly used spectroscopy techniques in plant diseases are mainly focused on visible–near infrared (VIS–NIR), electric impedance, and fluorescence spectroscopy [12][13][14][15]. Thus, imaging-based and RS techniques have attracted considerable attention because they can provide accurate geographic information [10]. Many different imaging sensors, such as digital [16][17], fluorescence [18], thermal [19][20], and multispectral or hyperspectral sensors [21][22][23] have been studied for the detection of symptomatic and asymptomatic plant diseases [8]. The applications of these techniques have been steadily developing from sensor development, image acquisition, and system construction to image segmentation and classification algorithm analysis [24][25].

Hyperspectral technology can sometimes be considered as a part of spectroscopy. The electromagnetic spectrum ranges of hyperspectral sensors mainly concentrate on VIS–NIR (400–1000 nm) and sometimes contain a short wave infrared range (SWIR, 1000–2500 nm). These sensors could acquire spectral information from hundreds of narrow spectral bands [26]. These narrow wavebands have high sensitivity to the subtle plant changes caused by diseases and make it possible to distinguish different disease types and perform early asymptomatic detection. Among many non-invasive plant disease monitoring methods, including both hyperspectral non-imaging and imaging techniques, hyperspectral RS has developed rapidly and has outstanding effects in agriculture research [27]. Except for the common advantages of non-invasive RS techniques, hyperspectral imaging can be implemented in automated systems as an objective method, resulting in a considerably reduced workload [24][28][29]. The applications have been classified from the level of satellite images to the macroscopic or molecular level. It can be seen that hyperspectral technologies have exhibited superiority in plant disease monitoring.

Plant diseases contribute to significant economic and post-harvest losses in the agricultural production sector worldwide, especially under the influences of the climate changes in recent years. In the continuous research, many effective methods for plant disease detection, monitoring and assessment have been accumulated. Professional visual interpretation, biochemical analysis, and pathological analysis have been well developed. Non-invasive technologies have been paid more attention in recent years, and hyperspectral technology is particularly prominent. 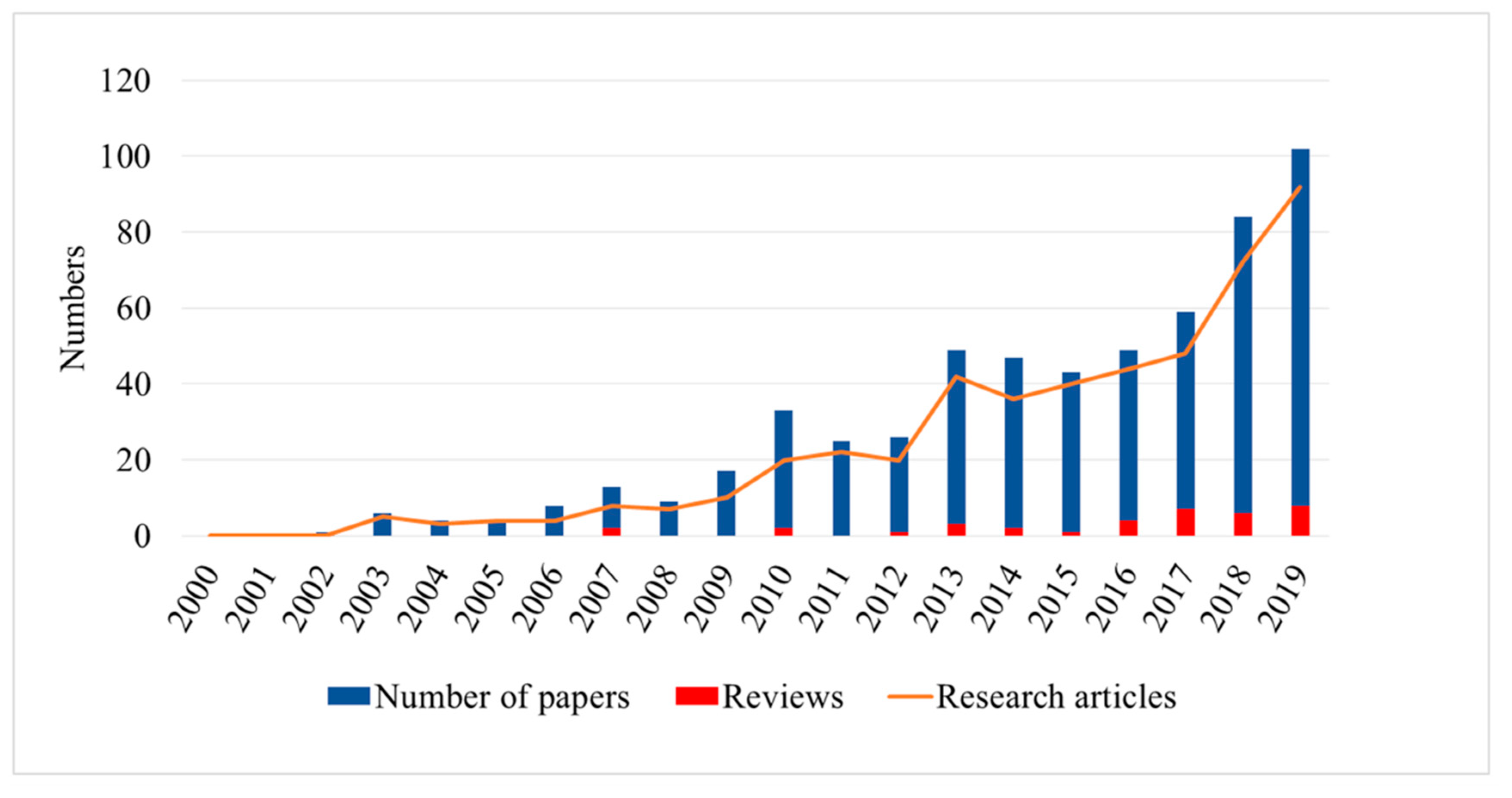 Figure 1. Number of published articles by year on plant disease with hyperspectral data (Data source from Web of Science).