Low-emission and high-efficiency have always been the targets for Internal Combustion Engine development. For diesel engines, homogeneous charge (aka. HCCI) and premixed charge (aka. PCCI) combustion modes provide both low-emission and high-efficiency simultaneously. To achieve these advanced combustion modes, early injection is needed as a relatively longer air-fuel mixing time is guaranteed. Several key parameters, such as the injection timing, pressure, angle, directly determine the final combustion process and thus the emission and efficiency performance. The pros and cons of these key parameters are discussed in detail here to provide a good review of the early-injection strategy.

The conventional diesel combustion process can be classified into four major phases: ignition delay, premixed combustion, mixing controlled combustion, and the late burning phase[1]. The conventional combustion phase regime encompasses both NOx and soot islands, as shown in Figure 1. This is not preferable while considering the more and more stringent emission regulations. Therefore, advanced combustion modes that could eliminate or avoid the fuel-rich and high-temperature environment are needed. 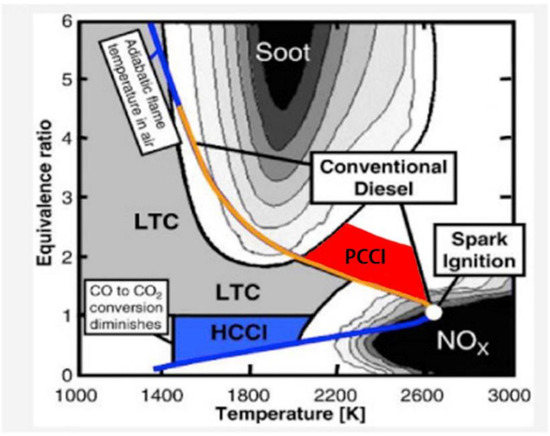 HCCI combustion was first proposed by Onishi et al.[3] and Noguchi et al.[4]. The main characteristic of HCCI is a (more or less homogeneous) premixed air-fuel mixture that undergoes auto-ignition as a result of compression. A major difficulty in HCCI is to get a homogeneous admixture of air and fuel. Besides, the high cetane number of conventional diesel fuel results in large rates of pressure rise and difficulties in combustion phasing control[5][6][7][8][9]. 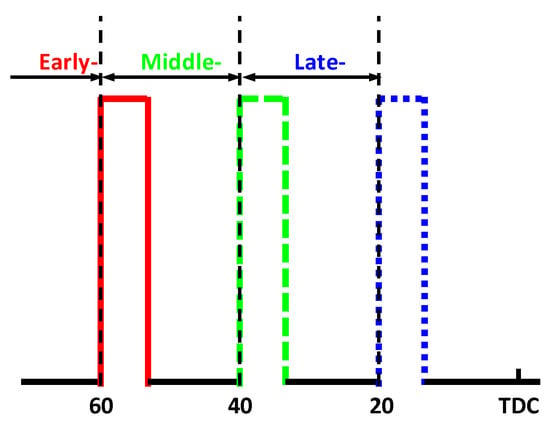 Using the early injection strategy will cause a wall-wetting problem and leads to (1) low combustion eciency, (2) excessive soot/carbon monoxide (CO)/hydrocarbon (HC) emissions, and (3) (local) oil dilution[15][16]. Many methods, including limiting the injection angle, have been proposed to limit or reduce wall-wetting.

Overall, there are several key parameters in the early-injection process that define the final combustion and emission performances. The effects of fuel injection pressure, injection timing, and injection angle on engine performance and emissions are discussed in detail separately in the following sections.

On one hand, injecting the fuel at an earlier time prolongs the ignition delay and helps to create a more homogeneous mixture. The formed lean mixture is then burned at a low temperature, resulting in low NOx emissions. On the other hand, the cylinder pressure and temperature are low under earlier injection timing, which leads to poor fuel evaporation and the wall-wetting problem.

Table 3. Variation of performance and emissions after advancing the early injection timing (single).

Wall-wetting caused by the early injection strategy directly influenced the performance and emissions of the HCCI diesel engine. Limiting the injection angle has been proved to be a useful approach to reduce the wall-wetting phenomenon. The magnitude and direction of the spray rotation in the bowl were directly affected by the injection angle, as shown in Figure 4. This difference further impacted the fuel-air mixing in the piston bowl and finally impacted combustion and emissions. As mentioned above, the impingement target is an important factor influencing emissions and is commonly determined by the injection timing, injection angle, and piston structure. 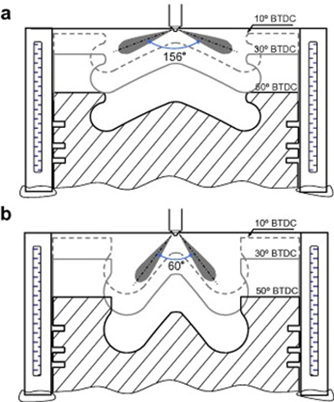 Table 4. Variation of performance and emissions after decreasing the injection angle (two-stage).

6. Combination of Early-Injection and Alternative Fuels

Changing the fuel properties and using alternative fuel are also promising ways to improve the combustion and emissions of HCCI and PCCI engines[39][40][41]. Biodiesel fuel, as one alternative diesel fuel, is currently of great interest and an important research subject. Biodiesel fuels contain oxygen and thus provide an effective way to eliminate the over-rich regions and enhance the combustion process, resulting in low soot, HC, and CO emissions[42][43][44][45]. Dimethyl ether (DME) is another alternative fuel. Its good ignition capability and high latent heat lead to decreased cylinder temperature in the combustion phase[46][47]. Besides, the oxygenated molecular structure and good atomization properties help in the formation of a leaner and more homogeneous mixture. The alternative fuels bioethanol and n-butanol are also widely used due to their high oxygen concentration[48][49][50][51][52].

As HCCI combustion is mainly controlled by chemical kinetics, the combustion process and burning rate are dependent on fuel properties. Studies have shown that optimal physicochemical properties are needed under different operating conditions; e.g., fuel with a high cetane number is required for light loads and high-octane fuel for heavy loads[53][54][55][56]. Gasoline/diesel dual-fuel combustion was proved to be a useful approach to control the combustion phasing and heat release rate of HCCI by adjusting the blending ratio according to different operating conditions[57][58]. 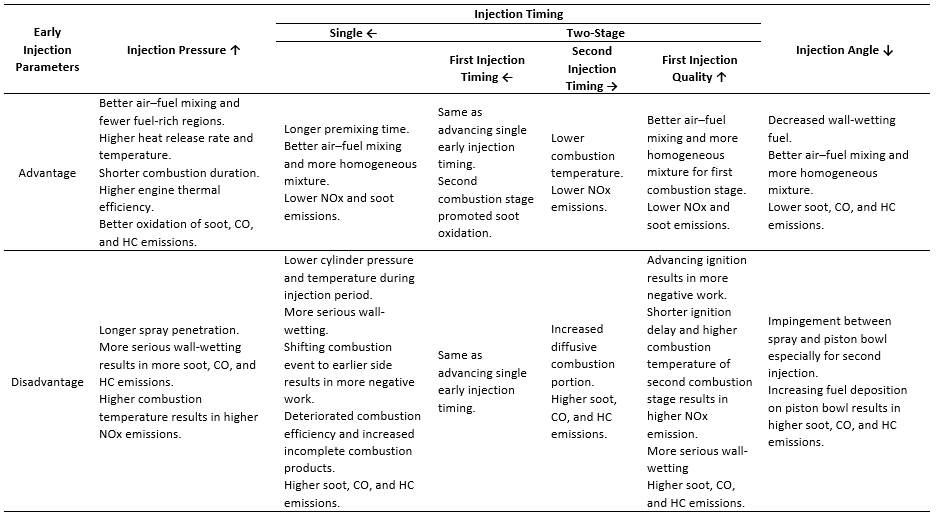