Exosomes to Head and Neck Cancer

Head and neck squamous cell carcinoma (HNSCC) represents an aggressive and heterogenous group of cancers whose pathologies remain largely unresolved. Exosomes are a subtype of extracellular vesicles secreted by a variety of cells that have begun to spark significant interest in their roles in cancer. As membranous vesicles, spanning from 30–150 nm in diameter, exosomes mediate the transport of various molecules, such as proteins, nucleic acids, and lipids, intercellularly throughout the body. In doing so, exosomes not only act to deliver materials to cancer cells but also as signals that can confer their progression. Accumulating evidence shows the direct correlation between exosomes and the aggressiveness of HNSCC.

Head and neck cancer is the sixth most common cancer worldwide [1][2][3]. More than 90% of all head and neck cancers are classified as head and neck squamous cell carcinoma (HNSCC), with a high frequency of tumor recurrence/metastasis and low patient survival. HNSCC comprises a heterogeneous group of cancers derived from the mucosal epithelium of the oral cavity, pharynx, and larynx and is typically linked to tobacco consumption, alcohol abuse, and human papillomavirus (HPV) infection. Despite advances in HNSCC surgical treatment, chemoradiotherapy, and immunotherapy, more than two-thirds of HNSCC patients still have no way to effectively control their clinical progression, facing a 5-year survival rate of about 60% [4]. Therefore, exploring new therapeutic targets for the treatment of HNSCC is of great significance.
Exosomes are small membranous vesicles that act as intercellular messengers through the cargo they carry. These discoid vesicles are 30–150 nm in diameter and secreted by living cells from early endosomes containing a typical lipid bilayer structure [5]. Their distribution is widespread, and they are found in various bodily fluids, such as serum, plasma, saliva, urine, and amniotic fluid [6]. Through their transportation of lipids, proteins, and nucleic acids, exosomes play an indispensable role in transferring material and information between cells and are consequently expected to serve as early diagnostic markers for various diseases [7][8].

The biological origins of exosomes begin with early endosomes, which form through plasma membrane invagination. During this process, extracellular components and cell membrane proteins are encapsulated, and inward budding of the early endosome’s membrane leads to the formation of an exosomal vesicle. Early endosomes not only exchange materials with other organelles but fuse with different endosomes to form late endosomes. Late endosomes with intraluminal vesicles are known as multivesicular bodies (MVBs), and these are responsible for fusing with cell membranes to release the exosomes into the extracellular environment (Figure 1) [8][9]. 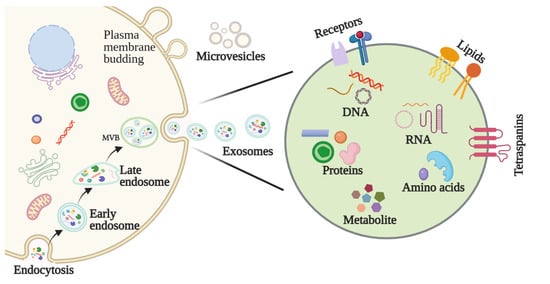 Figure 1. Schematic presentation of the process by which exosomes are produced and released from the cell to the TME.

2.2. Features and Components of Exosomes

Exosomes, microvesicles, microparticles, and apoptotic bodies are subtypes of extracellular vesicles (EVs) [10]. While these vesicles share similar characteristics, they differ in their morphologies, biological properties, biogenesis, and functional roles. Exosomes are structurally similar to their cells of origin, possess a lipid bilayer structure, and typically consist of lipids, proteins, nucleic acids, and metabolites [11]. Exosomes also notably possess specific surface proteins that can be used to discern whether they are tumor derived (Figure 1) [12].

2.3. Methods for Exosome Isolation and Characterization

The isolation of pure exosomes is the first critical step in studying their mechanisms of action and their application in biomedical sciences. Various techniques have been adopted to facilitate the isolation of exosomes, including ultracentrifugation, size-based filtration, size-exclusion chromatography, polymer precipitation, and microfluidics-based isolation. Because exosome membranes are known to contain large quantities of proteins, immunoaffinity methods are also suitable for isolating exosomes [13].
Characterization of the physicochemical properties of exosomes, including their size, shape, surface charge, density, and porosity, is also important to their functional determinations. Many techniques have been routinely used to characterize exosomes, including dynamic light scattering (DLS), tunable resistive pulse sensing (TRPS), flow cytometry, electron microscopy, nanoparticle tracking analysis (NTA), and atomic force microscopy (AFM) [13]. Due to the inherent heterogeneity of exosomes and the advantages and limitations of each technique, more sophisticated techniques are necessary for the isolation and characterization of exosomes.

3. The Function of Exosomes in HNSCC

Angiogenesis is critical to tumor cell proliferation, and, in one study, TGF-β-containing HNSCC-derived exosomes were found to promote angiogenesis in vitro and in vivo [14]. Additionally, Wang et al. reported that CAF-derived exosomes containing miR-3188 can influence the proliferation of HNSCC cells in vitro and in vivo, which suggests a potential therapeutic value for exosome-delivered miR-3188 in inhibiting HNSCC growth [15]. While investigating the diagnostic potential of salivary exosomal miRNAs as screening biomarkers for oral squamous cell carcinoma (OSCC), researchers also found that exogenous exosome miR-24-3p increases recipient malignant cell proliferation through targeting of PER1 protein [16].

3.2. Exosomes Are Involved in HNSCC Invasion and Metastasis

Epithelial to mesenchymal transformation (EMT) is an important feature of tumor progression and promotes the invasion and metastasis of tumor cells into the stroma. Exosome-mediated intercellular communication contributes significantly to this process and investigating it has led to breakthroughs in the field of cancer metastasis [17]. One study has shown that PO-243 exosomes from the plasma of HNSCC patients undergoing photodynamic therapy can alter the mesenchymal characteristics of tumor cells, directing them towards epithelial phenotypes [18]. Another study evaluated immunocaptured CD44v3+ tumor cell-derived exosomes from the plasma of 44 HNSCC patients and 7 healthy donors and found higher immunosuppressive protein levels in CD44v3+ exosomes compared with CD44v3(-) exosomes. The relative fluorescence intensity of these markers was associated with higher disease stages and lymph node metastasis [19].

How a tumor induces PMN formation in a specific organ remains to be determined. The suppressive nature of immune cells in the TME is critical to the regulation of anti-tumor immune responses. One of the possible mechanisms is that TDEs mediate tumor PMN remodeling to establish a supportive and receptive niche to promote tumor cell colonization and metastasis. Maybruck et al. have found, however, that head and neck cancer cells can induce a suppressive phenotype in human CD8+ T cells through the release of TDEs [20]. Specifically, the group revealed through mass spectrometry that the immunoregulatory protein galectin-1 was present in these exosomes and played a key role in inducing this suppressive phenotype. The purification of exosomal RNA and subsequent CD8+ T cell suppression analysis also implicated RNAs in T cell dysfunction. This study suggests that tumor immunosuppressive exosomes could be a potential therapeutic target to preserve T cell function in anti-tumor immune responses [20].

Related studies have shown that the levels of PD-L1-containing exosomes in the plasma of HNSCC patients, though not serum, correlated with the patients’ disease activity, stage, and lymph node status [21]. Additionally, exosomes secreted by OSCC cells have been reported to activate macrophages through p38, Akt, and SAPK/JNK signaling shortly after their uptake [22]. Specifically, the exosomal-derived adhesive glycoprotein THBS1 was found to participate in the polarization of macrophages to an M1-like phenotype. Treating OSCC cells with culture media from exosome-activated macrophages also significantly promoted OSCC cell motility [22]. Still, further study is warranted to delineate the ways exosomes contribute to macrophages’ functional phenotypes and understand their associated microenvironmental consequences.

One way by which exosomes contribute to tumor drug resistance is through their sequestering and efflux of cytotoxic drugs, effectively shielding cells from the drug’s effect and preventing its intracellular accumulation [24]. Exosomes can also contribute to external therapeutic resistance through their mediation of intercellular communication and delivery of mRNAs, miRNAs, DNAs, and/or proteins, for example [25]. Qin et al. have found that CAFs are inherently resistant to cisplatin and that exosomes act to transfer functional miR-196a from CAFs to HNSCC cells. In doing so, HNSCC cell proliferation and resistance to apoptosis are conferred through the targeting of CDKN1B and ING5, two suggested tumor suppressors [26]. Hence, the group put forward that miR-196a may represent a promising biomarker and/or potential therapeutic target for cisplatin-resistant cancers [26].

4. Role of Exosomes in the Diagnosis and Treatment of HNSCC

4.1. Exosomes as a Potential Biomarker in HNSCC

Early diagnosis and treatment are critical determinants in a cancer patient’s prognosis. The application of biomarkers in HNSCC detection, as well as factors such as staging, treatment efficacy, and prognosis, have consequently garnered attention in recent years [27]. Biomarkers represent a diverse range of molecules, and abnormalities in their levels or makeup can be detected in bodily fluids, like urine, saliva, and blood, as well as tumors themselves. In particular, exosomal biomarkers may be roughly divided into nucleic acids, proteins, lipids, and metabolites (Figure 2).

4.2. Exosomes as Therapeutic Targets in HNSCC

Despite recent improvements in HNSCC treatment, the long-term survival rate of advanced HNSCC patients remains less than 50% [28]. Given their diverse roles in cancer support, from proliferation to metastasis, exosomes and the cargo they carry constitute an innumerable set of potential targetable points for influencing HNSCC progression [29][30]. Many studies have indicated that exosomes are involved in anticancer therapy resistance due to their critical role in cellular communication and the TME.
Many pharmacological agents are being explored to investigate how best to block exosome excretion and trafficking. For example, GW4869 is a cell-permeable, symmetrical dihydroimidazolo-amide compound that acts as a non-competitive inhibitor of membrane neutral sphingomyelinase (nSMase). GW4869 has been relatively extensively studied and reported to inhibit exosomes, as it can interfere with lipid composition that is necessary for exosome shedding [31]. Indomethacin, a non-steroidal anti-inflammatory drug, has been shown to downregulate transcription of the ABCA3 transporter [32]. ABCA3 is an intracellular protein involved in lipid transport, and its inhibition impairs exosomes release. Thus, indomethacin may also be considered a potential agent for exosome inhibition. Due to the involvement of Ras during exosome release, Ras inhibitors are particularly associated with exosome trafficking. Among them, manumycin A, a farnesyltransferase inhibitor blocking the Ras pathway, has been studied as an inhibitor of exosome secretion [33]. However, secretion control, in vivo biological distribution, targeting specificity, and cell penetration in exosome-targeting cancer therapies remain challenging to HNSCC and other solid tumors. Interestingly, engineered exosomes have been applied to develop therapeutic anticancer vaccines for HPV-associated tumors [34]. Because a mutant of a human immunodeficiency virus 1 (HIV-1) Nef protein (Nefmut) has the potential to act as an exosome-anchoring element upon fusion with heterologous proteins, exosomes engineered in vitro were used to upload high amounts of HPV-E7 fused to Nefmut.

Exosomes are recognized as one of the most promising anti-tumor therapeutic vectors due to their bilayer structure, biocompatibility, low immunogenicity, and ability to interact with target cells [35]. Given their limited bioavailability, however, synthetic exosome-mimics have been used in their place to mediate endogenous and exogenous delivery for cancer treatment [12]. In particular, Cohen et al. evaluated the parameters of exosomes derived from mesenchymal stem cells (MSC-exo) and A431 squamous cell carcinoma cells (A431-exo) as drug vectors and found MSC-exo to exhibit significantly greater tumor penetration and distribution in A431 tumor-bearing mice [36].

5. Prospects for Exosomes in Anticancer Therapy

Even with recent advances, HNSCC remains a major clinical challenge. Through their intercellular transmission of materials and signals in the local and distant TME, exosomes play a crucial role in promoting HNSCC proliferation, invasion, metastasis, drug resistance, and survival. Many studies have already pointed to exosomes as promising tumor biomarkers, and, through their employment in patients, improvements to HNSCC detection and treatment regimens may soon be a reality. Plant- and human tissue-derived exosomes have undergone clinical trials in lung cancer, melanoma, and colorectal [37][38][39][40]. Most recently, MSC exosomes containing siRNA targeting oncogenic KrasG12D mutations are being employed against pancreatic cancer in a clinical trial (NCT03608631). Still, exosomes have yet to be clinically applied in HNSCC therapies. This may be due in part to the high cost of purification and isolation of exosomes and a lack of understanding of the complex effects resulting from HNSCC-derived exosomes [41]. Therefore, it is imperative that scientists continue to improve purification and isolation technologies and delineate exosome’s specific mechanisms in HNSCC progression in order to harness them as tools to improve patient outcomes.