Intelligent transport systems enable vehicles to communicate with each other and with the environment, ensuring road safety. Their implementation can help reduce the number of accidents, especially in stretches of s-curves, where speed control is essential to ensure the safety of drivers, and under hazardous weather conditions. Such systems promptly notify drivers about potentially dangerous road conditions, such as fog, so that they can better adapt their driving behavior.

2. Effects of Fog in a Brazilian Road Segment Analyzed by a Driving Simulator for Sustainable Transport: Drivers’ Speed Profile under In-Vehicle Warning Systems

Figure 1 shows the color path of all participants’ average speed changes in each scenario—the speed along the curve was not constant and was adjusted according to the curve geometry, as observed by Li et al. [17]. The average speed was higher before and after C6 in the clear weather scenario compared to other scenarios. The color path figure (Figure 1) is consistent with the graphic displayed in Figure 2, where the comparison of speeds between scenarios is easier. After C6, the speed is significantly decreased in the three scenarios, due to the influence of the road geometry. In presence of fog, the speed decrease was greater in the scenario with CV warning.

Figure 1. Color path of all participants´ average speeds (km/h) when performing the 6th curve (C6) and 7th curve (C7) in each scenario. 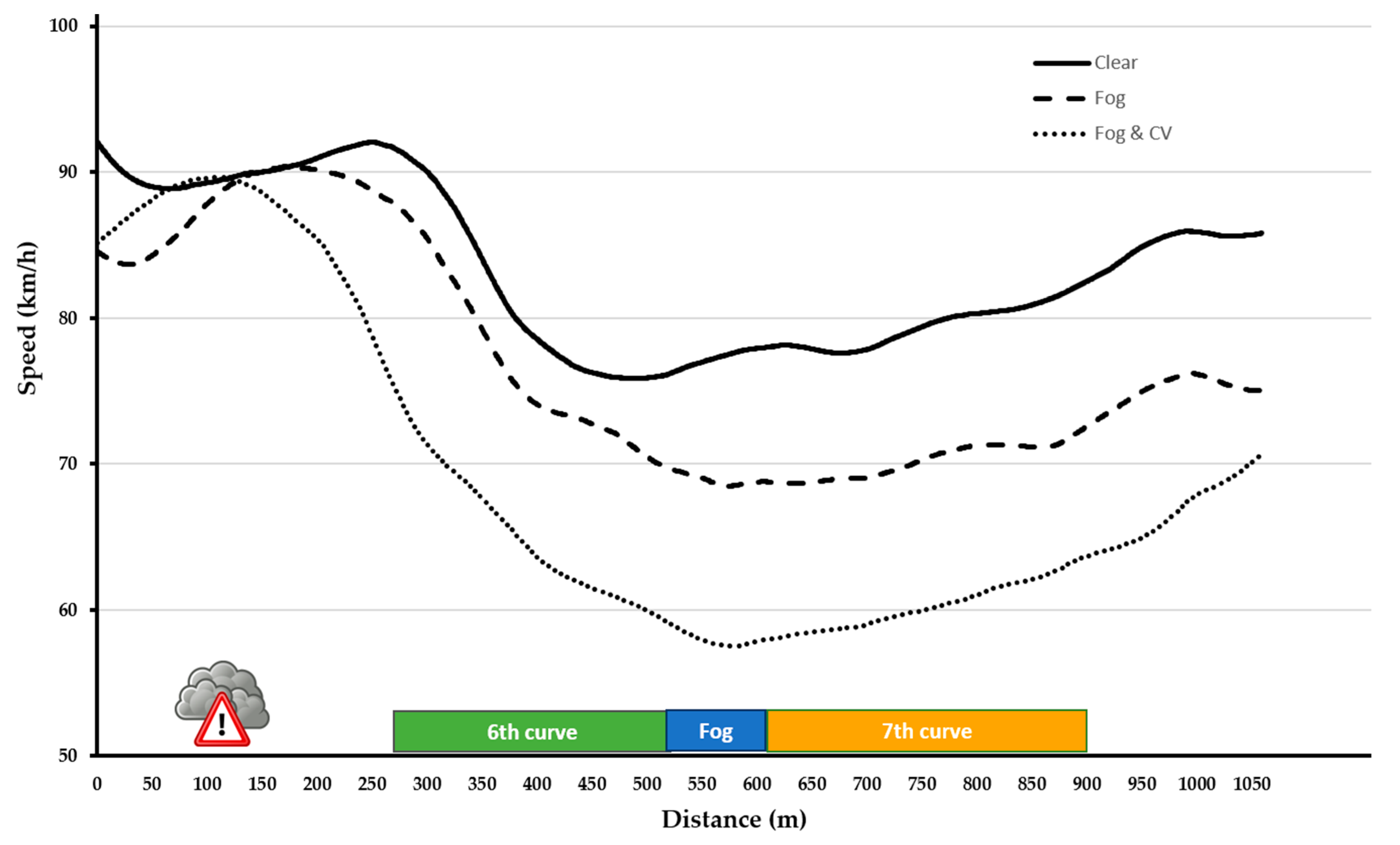 Figure 2. Comparison of all participants’ average speeds (km/h) in each scenario.

Two-way ANOVA with repeated measures analyzed the average speed variations during the experiment before and after C6 and its interaction with the scenarios (Within Subjects Effects) shown in Table 2. The scenarios interaction (Between Subjects Effects) was also analyzed and is shown in Table 3. The hypothesis testing in the analysis was based on a 0.05 significance level.
Table 2. Repeated Measures ANOVA for within-subjects effects.
Note. Type 3 Sums of Squares. (*) interaction between scenario and moment in 6th curve.
Table 3. Repeated Measures ANOVA for between-subjects effects.
Note. Type 3 Sums of Squares.
Both Clear/Fog/Fog&CV [F (2, 81) = 27.1; p < 0.001] and the curve moment (After/Before) [F (1, 81) = 217.63; p < 0.001] significantly influenced the average speed. The analyses also revealed an effect of the interaction between scenario and curve moment on speed [F (2, 81) = 6.96; p = 0.002]. Post hoc comparisons were performed with a Tukey test for identifying differences (Table 4).
Table 4. Post Hoc Comparisons—C6 moment × Scenario.
* M = Mean difference; SE = Standard Error; df = Degrees of freedom.

This study aims at spurring safety improvements in regions of visibility problems caused by fog, reducing their environmental impact, and preserving drivers’ lives.
A two-way ANOVA with repeated measures revealed both fog and in-vehicle fog warning systems can effectively reduce drivers´ driving speed. According to a paired comparison with Tukey’s correction, the warning shown on the HUD led to an earlier speed reduction in the Fog&CV scenario. The average driving speeds reduced from 78.8 km/h before C6 to 57.5 km/h after C6, which represents a reduction of approximately 27%. This reduction before and after the curve is more significant than the reductions of 15.5% and 22.7% observed in the clear and fog scenarios, respectively. Therefore, a vehicle with an in-vehicle warning system enables drivers to drive at lower speeds in a fog region.
Although in fog weather drivers tend to drive more cautiously and at lower speeds, this is not sufficient to compensate for the hazards imposed by adverse weather. A CV technology would substantially improve road safety since drivers would better adjust speed to enter a fog zone and proceed to a successive curve.
An in-vehicle warning system can improve the speed profile of drivers performing s-curves. Efficient CV technologies would lead to lower-cost changes in road safety in comparison to those in the highway infrastructure.
Connected vehicles technologies can potentially transform our way to drive. However, prior to their broad implementation, several technical challenges must be overcome.
Countries and regions must harmonize their research, standards, policies, and technology; the use of different communications standards, for instance, will hamper the application of connected vehicle technology, since the one used in a certain region may not work in another.
Such technology can also decrease crash risk through the incorporation of drivers’ personal characteristics in warning systems, and improve traffic safety under fog conditions. This study was limited to analyzing the drivers’ speed profile to detect differences due to the use of a single ADAS. Future research should investigate the effects of different delivery times of warning messages under fog conditions, different designs of the head-up display, and the implementation of multiple ADAS combined.