Medicago tunetana (Murb.) A.W. Hill, a perennial endemic pastoral species, grows at the canopy of Pinus halepensis Mill. plantations forest of the Tunisian Dorsal. Although M. tunetana is an interested pasture legume with its abiotic stress tolerance  rhizome production, it is a rare species and threatened to disappear because of overgrazing. Whereas, it could contribute in the agro-pastoral systems development in its native regions of Tunisian ridge.

Medicago tunetana (Murb.) A.W. Hill (Figure 1.), a perennial C3 pastoral species in the family of Fabaceae, is endemic to Algeria and Tunisia. It is recognized by yellow flowers reaching 20 flowers per inflorescence. Pods are enrolled into 3 to 5 turns and covered with glandular hairs which are the major criteria for this species[1]. It was recorded in several sites reported in Tunisian Flora [1]with some new prospected sites of Western North and Midwest regions of Tunisian dorsal ridge (Figure 2.). These regions are characterized by a continental climate and generally roughly with an average annual rainfall ranging between 220 mm and 550 mm and located at a large bioclimatic zone differences ranging from a sub-humid with cool winter at Sekiet Sidi Youssef to a medium semi-arid at Kasserine sites. M. tunetana generally grows at the canopy of Pinus halepensis Mill. plantations forest characterized by a high level of organic matter in the soil that can reach more than 6% and a calcareous soil with an average of active lime content in soil ranged between 8.46 and 30.7% with an alkaline soil . 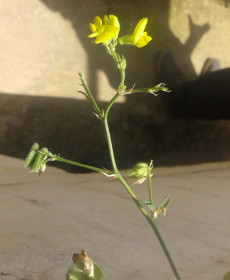 Figure 2. The geographical localization of the eight M. tunetana accessions

Despite M. tunetana has several interested eco-physiological assets including cold and drought tolerance, winter hardiness, rhizome production and calcareous soil tolerance; this genetic resource has been stilled unstudied. Furthermore, M. tunetana is classified as a rare species and threatened to disappear because of overgrazing whereas, it could contribute in the agro-pastoral systems development in its native regions of Tunisian ridge.

In fact, there is an ambiguity in M. tunetana taxonomy; it is considered as a subspecies of M. sativa according to Quiros & Bauchan (1988) [2]and Small & Jomphe (1989)[3]. However, and according to other authors[4], M. tunetana is classified as an independent species.

Conservation and management of this rare pastoral genetic resource is an essential preoccupation in order to contribute to the grassland improvement of the mountains of Western North and Western Centre regions of Tunisia. Ex situ conservation of M. tunetana accessions as a Pastoritum or seeds in Gene Bank contributes to this genetic resource conservation as well as in the local alfalfa breeding programs. M. tunetana is an allogamous plant species needing an optimal sample size more than 200 seeds per accession to be conserved in Gene Bank  which will allow preserving genetic diversity[5]