Implantable antennas are mandatory to transfer data from implants to the external world wirelessly. Smart implants can be used to monitor and diagnose the medical conditions of the patient. The dispersion of the dielectric constant of the tissues and variability of organ structures of the human body absorb most of the antenna radiation.

Radio wave propagation through the lossy medium having relatively large permittivity leads to the reduction of the effective wavelength. This increases the importance of the miniaturization of the antenna dimension. Several miniature antennas utilizing diverse design techniques will be discussed in the subsequent section.
In [1], a U-shape meandered slot antenna was proposed for implant medical applications operated at 2.45 GHz. It is shown in Figure 1 that the antenna dimension decreased to W × L (29 × 35 mm2) from W × L (33 × 40 mm2) after the meandered slots insertion. The insertion of meandered/spiraling slots on the radiating patch results in incrementing the current path on the same antenna dimension. This increment of the current path can be utilized to minimize the antenna dimension. The meandered slot’s insertion on the radiating patch resulted in the enlargement of bandwidth from 384 MHz to 396 MHz, and the S11 parameter value improved to −43.72 dB from −23.22 dB. The authors of [2] proposed a meandered slot-shaped implant antenna, which is suitable for the medical device radio communications service (MICS) frequency band (401–406 MHz) applications (Figure 2). It was reported that the substrate dimension is reduced by 36.85% in length and 40% in width and the antenna was examined in an inhomogeneous human tissue environment. Furthermore, a capsule shape meandered slot antenna is proposed in [3][4][5][6] for implant endoscopy applications. The geometry of the capsule-shaped implant antennas operated at the MICS band and UWB are shown in Figure 3. The implant antenna dimension is reduced to 5.5 × 10 mm2 (Rc × Lc) in [3] and 6 × 36.2 mm2 (Rc × Lc) in [6] for altering rectangular antenna design to capsule shape design. Moreover, cylindrical and circular shapes with meandered slot dual-band (401–406 MHz and 2.4 MHz) implant antennas were proposed in [7][8]. 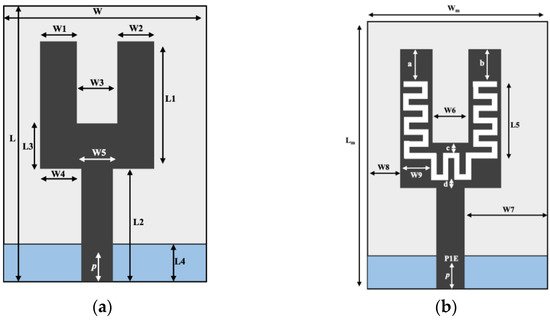 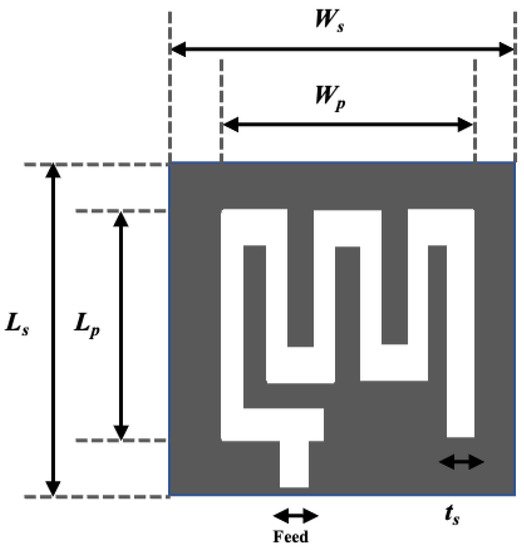 Figure 4. Geometry of Spiral shape implant antenna (a) [9], (b) [10], (c) [11].
Antenna dimension can be miniaturized with the substrate material with higher relative permittivity suitable for wave propagation through the lossy medium. In the stacking patch layers technique, relative permittivity increases with the multi-layers dielectric substrate. Similarly, multi-layer dielectric element loading increases the current path, leading to a decrease of resonance frequency and the antenna dimension’s miniaturization. The stack patch implant antenna operated at the MICS frequency band used in [15][16] are shown in Figure 5a,b, respectively. As shown in Figure 5, two layers of substrate were inserted over the ground by putting a radiating patch in the middle and a superstrate layer placed over the final radiating patch. Consequently, the implant antenna dimension miniaturized to π × (7.5) 2 × 1.9 mm3 [16] and 10 × 10 × 2.01 mm3 [15], respectively. Besides, some other stack patch layers implant antennas are given in [17][18][19][20].

The absorption of radio wave frequency through the inhomogeneous lossy human body results in lower radiation efficiency. A significant amount of absorption happens due to the coupling with lossy tissue in the near reactive field. Recently, some implant antennas have been developed to solve low gain and efficiency problems. This section discusses some potential gain and efficiency enhancement techniques.

The power absorption caused by the lossy environment around the implant antenna results in inefficient antenna operation. The implanted antenna is referred to as efficient when the operating frequency is tuned in a specific band area with efficient radiation efficiency. Even if antenna fundamentals state that the minimum antenna efficiency for 5G applications is 70%, it might vary depending on the appropriate implant applications. Recently, antenna designers have developed some techniques for tuning and impedance matching stability.
Planar antennas with a ground plane provide better tuning stability than antennas without a ground plane, such as loop and dipole antennas [43][44]. Besides, narrow operational bandwidth with a high superstrate biocompatibility system reduces the coupling with lossy tissue around the antenna, which leads to tuning stability and high radiation efficiency [43]. It is also found that the tuning of resonance frequency can be avoided if the antenna is operated on a wide frequency band [45][46].

In this section, systems with implantable antennas for several biotelemetry applications, such as inside the human skull to monitor cerebrospinal fluid monitoring, blood pressure, and glucose level monitoring, will be summarized.

2.1. Implant Antenna for Monitoring of the Healing of Bone Fracture

The healing process of a fractured bone is a problematic biological process, and it requires continuous observation with mechanical support for the re-establishment of a fractured bone in its natural condition. The fractured bone restoration process varies between several weeks depending on age, the number of fractures, and bone location [47]. An implantable antenna with a bone healing mechanical system would be an excellent solution for continuous observation of fractured bones. This sub-section summarizes the implant antennas used for the robust bone restoration process.
In [47], an implant antenna system with two monopole antennas attached with a metal plate was proposed to observe the fractured bone restoration process. An artificial fracture bone phantom system where two monopole antennas were placed on both sides of the fracture is shown in Figure 8. The restoration process of a fractured bone was detected via the electric field distribution of the monopole antenna. Gabriel et al. [48] showed that relative permittivity and conductivity of blood are significantly higher than the bones across the radio frequency spectrum. It was mentioned that the higher conductivity and relative permittivity increase penetration loss, which reduces the electric field distribution of the propagation medium. In [47], the authors pointed out that the electric field distribution is substantially high when the bone damage is 0% compared with a fractured bone as shown in Figure 9. According to [49] the attenuation of the electric field in the Fresnel region is dependent on wave-number k for lossy medium, as stated by Equation (14). The wave-number k rely on relative permittivity ε r and conductivity σ as stated by Equation (15). Hence, higher values of the relative permittivity ( ε rblood = 58.1 ,   ε rbone = 11.3 ) and conductivity (σblood = 2.6, σbone = 0.4) in blood than bone constitutes a greater wave-number k for the fractured bone area, which leads to higher attenuation of the electric field in the fractured bone area due to the existence of blood. In conclusion, the reason behind the diversity of current distribution is due to the existence of blood in the bone fracture area, where there is no blood existence inside the restored fractured bone.
Electric   field Attenuation = e − j   kr / r
K = ω μ 0 μ r ε 0 ( ε r − j σ ω ε 0 ) 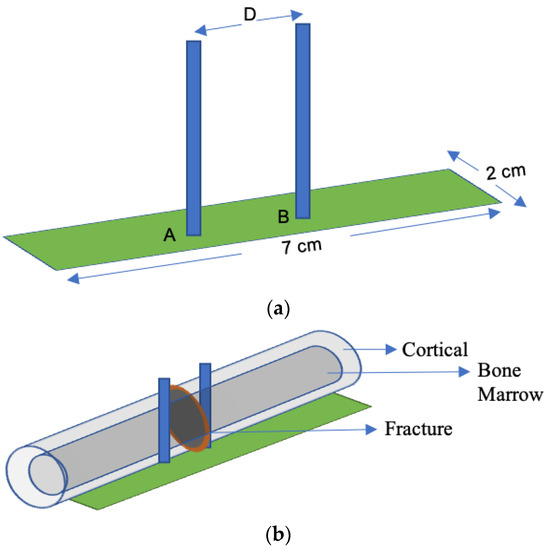 Figure 9. Electric field distribution at 1.8 GHz for 0% bone damage (a) and 100% fractured bone damage (b) [47].
A dual monopole antenna was proposed in [50] for monitoring the fracture of the bone, which was simulated with a voxel model of a 26-year-old female on CST Microwave Studio virtual version as shown in Figure 10. The restoration process of fractured bone was monitored by a monopole antenna placed on both sides of the fracture and determined the bone condition by transmitting power from one monopole to another monopole. It can be observed in Figure 11 that during the 0% bone damage period a widely distributed electric field was obtained, while the electric field distribution was consolidated in the recovery phase. The fabrication of the antenna system and observation of monopole antenna performance inside the bone fracture will be briefly discussed later.

Figure 10. Simulating environment of monopole antenna in a fractured bone [50]. 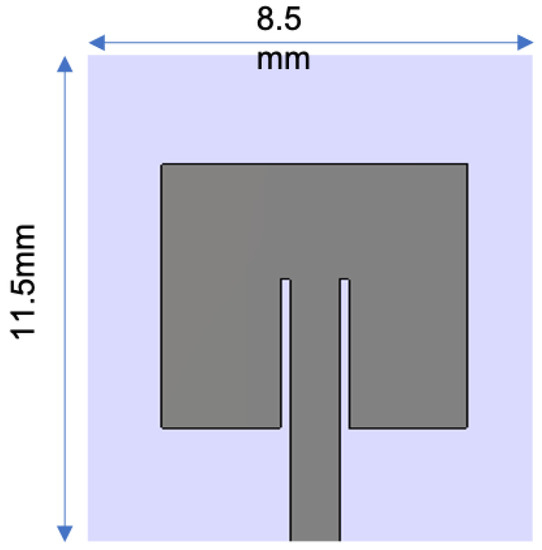 In diagnosing brain diseases and neurological disorders during therapy, an implantable wireless device and antenna will be a marvelous solution as upcoming medical technology. Nowadays, an implanted antenna is being used for restoring memory loss [33] and primary exposure of epileptic seizures. The basic mechanism of the wireless brain monitoring system is illustrated in Figure 13, where the implant antenna system contains a neural recorder that is connected with the transmitter system. 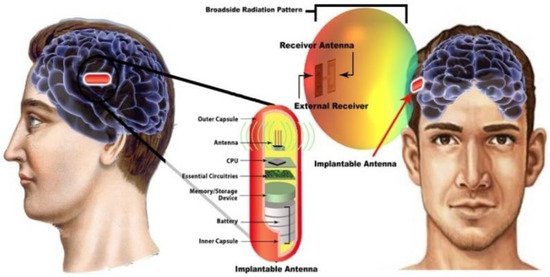 Figure 13. The basic mechanism of wireless brain monitoring system [52].
S. Hout and J. Chung in [52] reported a miniaturized circular shape implant antenna and the antenna was placed inside a seven-layer brain phantom as shown in Figure 13. Typically using a substrate with higher permittivity for miniaturizing antenna geometry results in a narrow bandwidth and lower radiation efficiency due to a high-quality factor [52]. Both of the substrate and biocompatible element with lower permittivity and dielectric constant substrate Taconic RF 3.5 ( ∈ r   = 3.5 ,   Tan δ = 0.0018 ) were used to obtain a 14.9% increase in bandwidth compared to the previous implant antenna at 2.4 GHz shown in Figure 14b. However, omnidirectional radiation patterns can cause harmful side effects inside brain tissue due to the frequency dependence characteristic of human tissue [53]. To ensure patient safety, the implant antenna proposed in [52] achieved a radiation pattern in an optimistic direction shown in Figure 14c. The outside antenna receiver can efficiently communicate with the inside implant antenna. Finally, the antenna was fabricated and validated by injecting inside seven layers of artificial tissue emulating (ATE) materials brain phantom in an in vitro experiment, where the measurement agreed with the simulation results.

Frequent fall and rise of blood pressure can cause a stroke or severe cardiovascular disease for patients, and thus an accurate blood pressure measurement is critical to help medical personnel in managing several diseases that are related to blood pressure. Blood pressure measurement using an implantable antenna system inserted into the heart will be an excellent solution for heart patient monitoring. In [54], a pseudo normal mode helical antenna insulated by poly-di-methyl-siloxane (PDMS) layer is implemented and tested (Figure 15). The sensor and the implant antenna were put inside the left ventricle and experimented with a pig. 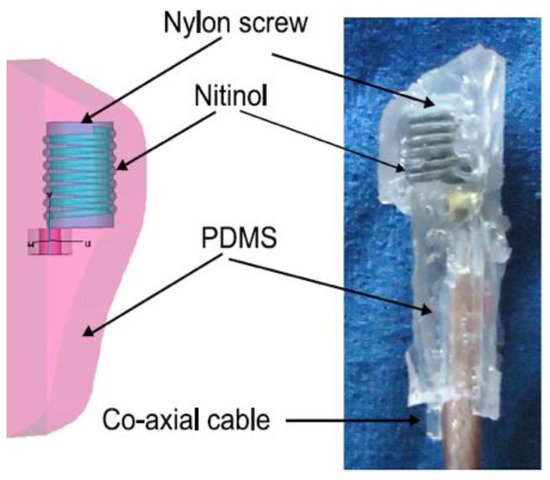