Carpal tunnel syndrome (CTS), first described in 1863 by Sir James Paget, is the most common focal entrapment mononeuropathy. It is defined as a compression of the median nerve at the wrist associated with decreased function of the nerve at this level. There are several risk factors of CTS including genetic heredity, diabetes mellitus, thyroid disease, obesity, rheumatoid arthritis, and pregnancy.

Carpal tunnel syndrome (CTS), first described in 1863 by Sir James Paget, is the most common focal entrapment mononeuropathy [1]. There are several risk factors of CTS including genetic heredity, diabetes mellitus, thyroid disease, obesity, rheumatoid arthritis, and pregnancy [2][3][4]. However, most cases of carpal tunnel syndrome are idiopathic [5]. CTS often affects persons of working age and may lead to absences from work and a marked decline in performance.

Primary diagnosis of CTS is based on characteristic clinical symptoms such as paresthesia (mainly numbness and tingling), pain at the wrist and hand and in severe cases weakness or atrophy of hand muscles. EDX studies include nerve conduction studies (NCSs) and electromyography (EMG). NCSs confirm CTS by detecting impaired median nerve conduction across the carpal tunnel, with normal conduction elsewhere. EMG assesses pathologic changes in the muscles innervated by the median nerve, typically the abductor pollicis brevis muscle [6].

Treatment options for CTS include wrist splinting, therapeutic ultrasound, local corticosteroid injections, and carpal tunnel release surgery [7]. Analysis of the costs of CTS treatment, including indirect non-healthcare costs such as loss of productivity caused by absence from work, led to the conclusion that established CTS is best treated with surgery [7]. Surgery has also been shown to be superior to non-operative treatment for patients with symptoms of CTS without changes due to denervation [8].

The results of electrodiagnostic studies have been found to be highly sensitive and specific for the diagnosis of CTS. EDX testing is performed by using generally accepted standardized techniques according to the American Association of Neuromuscular and Electrodiagnostic Medicine (AANEM) summary statement [6]. In patients suspected of CTS, the following EDX studies are recommended: median sensory or mixed nerve conduction study, median motor conduction study, needle examination of APB, ulnar or/and radial motor and sensory NCSs (in order to exclude a peripheral neuropathy), and needle electromyography of the limb muscles innervated by the C5toT1 roots (in order to exclude a cervical radiculopathy, brachial plexopathy, and a proximal median neuropathy) be performed as part of the examination of patients suspected of CTS [9]. In cases of severe CTS in which the median sensory potentials and the compound muscle action potential (CMAP) from abductor pollicis brevis (APB) muscle are absent, a lumbrical-interosseous distal motor latency (DML) comparison is performed [10].

Prolonged motor and sensory latencies of the median nerve and reduced sensory and motor conduction velocities in properly performed NCSs are accepted as diagnostic criteria for CTS. Many factors may influence the amplitude and latency of an individual nerve, giving a false-positive or false-negative result. Such factors include age, sex, finger diameter, concurrent systemic disease, obesity, and temperature. Applying a NCS as a relative comparison of two nerve segments, i.e., the median nerve and another nerve segment that does not travel through the carpal tunnel, could be useful.

2. Electrodiagnostic Studies in the Surgical Treatment of Carpal Tunnel Syndrome

A total of 2397 publications were identified by initial literature search. After additional records (n= 7) and removing duplications (n= 324), 2080 studies were included for initial assessment by title and/or abstract. Among those, 1956 publications were excluded after title/abstract screening, while 103 full texts were assessed for eligibility. Forty-five studies presenting irrelevant data and seventeen publications with reported incomplete data were excluded.

A total of 24 studies presented detailed pre- and postoperative data and extracted data of these publications were presented in Table S1 (supplement available online). The summary of Table 1and graphic presentation of the prognostic value of EDX according to confirmed significant correlation between preoperative EDX and recovery after surgery (Figure 1) are included below: 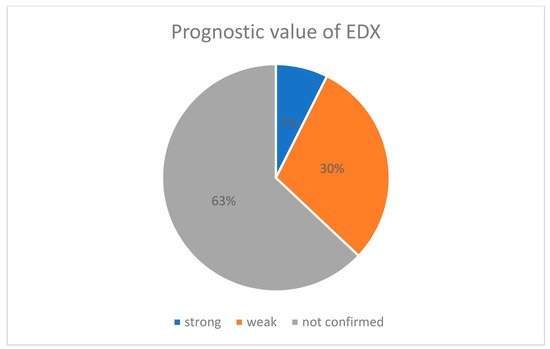 Table 1. Pre- and postoperative clinical and electrophysiological evaluation of patients with CTS.