Technologies in Detection of Mycotoxins

Mycotoxins are secondary metabolites produced by filamentous fungi that cause harmful effects on human and animal health as well as significant economic losses. As mycotoxins are responsible for food contamination and certain permissible limits have already been established, developing sensitive and reliable methods to detect them is a top priority. Proteomic and genomic methods, molecular techniques, electronic nose, aggregation-induced emission dye, quantitative NMR, and hyperspectral imaging are some innovative techniques which are applied in the analysis and determination of important mycotoxins in foods and are used alternatively in chromatographic techniques. Some of them have proven to be particularly eﬀective in not only the detection of mycotoxins, but also in detecting mycotoxin-producing fungi. As mycotoxin-contaminated foods can appear anywhere in the world through international trade, their detection and identification are considered essential to the protection of human health by providing safe foods free of major food contaminants such as mycotoxins.

Proteomic methods include initial mould peptide/protein extraction from food and further analysis by matrix-assisted laser desorption or ionization time-of-flight mass spectrometry (MALDI-TOF MS). The MALDI–TOF MS technique quickly detects fungal isolates and mycotoxins and identifies them with high precision, and is used alternatively in chromatographic techniques[1][2]. This analysis is performed by detecting proteins in a mass range of 2–20 kDa after calculating the m/z values. The identification of the micro-organism is achieved through the fingerprint MS created for each one. The MALDI-TOF MS technique is a very hopeful approach as it identifies closely related species of filamentous fungi. However, the need to create a public database in which all in-house entries are accessible has been reported. Additionally, the food industry currently considers this technique as expensive[3]. MALDI–TOF MS has been used to rapidly detect AFB1, CIT, DON, ZEA, T2, and griseofulvin[4], and for rapid screening of Alternaria mycotoxins, alternariol (AOH), alternariol monomethyl ether (AME) and tentoxin (TEN)[5]. 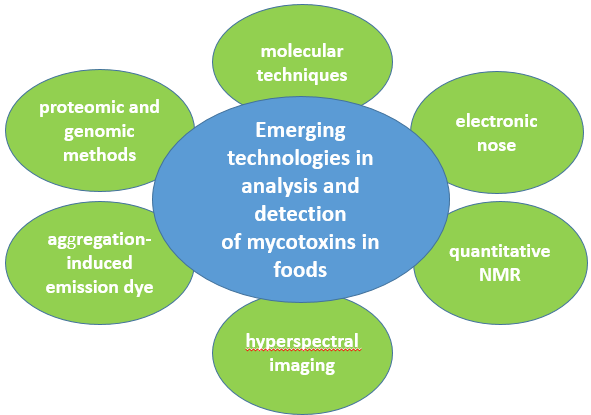 Figure. 1. Emerging technologies in analysis and detection of mycotoxins

Genomic methods include initial mould DNA or RNA extraction from foods followed by detection using polymerase chain reaction (PCR), quantitative PCR (qPCR), loop-mediated isothermal amplification (LAMP), and reverse transcription PCR (RT-PCR). Through these methods, fungal isolates are detected, but it is not possible to quantify them. It is also not possible to detect specific species, but only to detect strains with the ability to produce mycotoxins[1][6]. Through the PCR technique, amplification of DNA sequences in vitro is achieved. Selective and repetitive amplification requires the existence of the primers and Taq DNA polymerase. The real-time combination of the sensitivity of conventional PCR with a specific fluorescent signal allows qPCR to quantify specific DNA targets. LAMP uses a DNA polymerase and four primers in order to amplify nucleic acids, and it is used alternatively to PCR for the detection of spoilage moulds. OTA-producing fungi have been detected by PCR-based methods[7], Fusarium, Penicillium and Aspergillus species have also been detected by the same method, as well as analyzed as associated with the expression of genes involved in the biosynthetic pathway of several mycotoxins[1].

Among others, molecular techniques include PCR, fluorescent in situ hybridization (FISH) and DNA barcoding. Techniques that are varied with PCR such as qPCR, RT-PCR, PCR denaturing gradient gel electrophoresis (PCR–DGGE), and PCR–ELISA, can be used to control fungi in food[8]. Among them, PCR–DGGE has the advantage of terminal-restriction fragment length polymorphism analysis (T-RFLP), achieving satisfactory identifications for toxigenic fungi[9]. PCR–ELISA when compared to simple PCR, proved to be more sensitive. DNA amplification through LAMP was reported by Luo et al.[10] in order to detect aflatoxin-producing Aspergillus species.

The physicochemical properties of secondary fungal metabolites can be assessed by the electronic nose in a way that works partially like a GC system. Specifically, this analysis is based on the detection of volatile compounds released by a contaminated food through a solid state sensor[11]. The sensitivity of the sensors that are used in this analysis allows the creation of a unique fingerprint for each food, characteristic of its taste and aroma. The detection of the characteristic odor gives initial information about the category of the produced metabolites[12][13]. Apples, oranges, strawberries and peaches are some fruits in which the application of this technique has been successfully implemented for the detection of fungi that produce mycotoxins[14][15][16][17].

Zhu et al.[22] developed an AIE dye-based aptasensor for the detection of ΟΤΑ. AIE dyes showed high affinity to aptamers and fluoresce through the process of dye aggregation. Only one aptamer sequence was used in this study, with the detection limit reaching 0.4 ng/mL. In addition, it had significant specificity for the recognition of OTA. Moreover, the application was successfully used to analyze OTA in wine and coffee. The on-site detection of food contaminations and the simple operation make the application of AIE dyes very effective.

Nuclear magnetic resonance (NMR) spectroscopy is a basic technique for the identification of organic compounds, and one of the significant analytical technologies frequently utilized in metabolomics[23]. Metabolomics is defined as the simultaneous detection and statistical interpretation of multiple endogenous metabolites in a living system. NMR-based metabolomics gives rich structural information by providing a ‘holistic approach’ of metabolites. The most commonly used NMR methodologies are based on studying the physical properties of hydrogen nuclei (protons) in tissue water, followed by proton NMR on other endogenous metabolites, and less frequently, other nuclei such as 31P, 13C, 19F and 23Na. Low sensitivity, low spectral resolution and poor time resolution are some of the disadvantages of NMR technology. Limited commercial software on the market and limited quantification methods also characterize this technique[24]. NMR has also several advantages such as straightforward sample preparation, high sample throughput, stable chemical shifts, quantification without standards, and reliable identification of isolate metabolites[25]. NMR technologies have been successfully used to elucidate rearrangement mechanism of the Fusarium mycotoxin Fusarin C[26].

Hyperspectral imaging (HSI) is a technique that can be applied for fungal and mycotoxin assessment with significant advantages. Analyses by this technique are inexpensive, are performed without destroying the sample, are quick, and operate by obtaining spectral data for each pixel location. This technique is considered to be capable of replacing expensive and time-consuming techniques for mycotoxins analysis in cereals, contributing significantly to the screening of contaminated cereal grains. The review by Femenias et al.[27] describes the principle of HSI technique and the use of HSI for Fusarium pathogen and DON risk management in cereals. Also, HSI prediction algorithms are important innovative data for DON determination. HSI is an important grain-sorting tool with the ability to classify individual contaminated grains. An HSI system consists of a camera for spectral and spatial detection, a spectrograph for the production of a spectrum for each pixel, an objective lens which focuses the beam of light in the direction of the detector, an illumination device that produces and sends light to the sample[28][29], a moving unit with a translation stage and motor which are responsible for the movement of the sample, and a data acquisition instrument[30].

Tekle et al.[31] studied a short wavelength infrared camera with a mercury telluride detector for the monitoring of Fusarium and DON contaminated cereal kernels. The working wavelengths of the device were 1000–2500 nm. The HSI presented by Barbedo et al.[32] was a XENICS camera coupled to a VIS/NIR spectrometer with working wavelengths of 528–1785 nm. They investigated the use of HSI for DON screening in wheat kernels through the use of a new algorithm. The results showed that the algorithm designed exclusively for this study did not provide sufficient evidence for the correlation between DON infection and the presence of Fusarium. A new algorithm was designed to categorize the samples into batches. The new algorithm that emerged could be a valuable tool for detecting initial batches of wheat followed by DON analysis.

Recently, Ropelewska and Zapotoczny[33] developed images for the separation of healthy and infected cereals, using a charge coupled device camera, a VIS/NIR spectrometer with working wavelengths of 400–1100 nm and a fiber optic illuminator coupled with an infrared lamp. In a recent study, Liang et al.[34] used a charge coupled device camera and a spectrometer with working wavelengths of 400–1000 nm in order to identify and visualize the different DON levels in bulk wheat kernels.