Immunotherapy has changed the environment of cancer treatment by providing new and efficacious therapy options for many solid and hematologic malignancies. Although not a new field of oncology, immunotherapy has quickly developed into one of the most flourishing fields in medicine. In this review article, we explore key discoveries which helped to shape our current understanding of the immune system’s role in neoplasms. Many landmark developments include the advancements in checkpoint inhibitors, monoclonal antibodies, CAR-T cells and anti-cancer vaccines. We also explore the drawbacks and efficacy of various categories of immunotherapy. Ongoing investigations within immunotherapy, such as the gut microbiome, combining checkpoint inhibitors and gene sequencing, continue to personalize treatments for cancer patients, providing exciting and endless possibilities for the future.

Over the past few decades, immunotherapy has been at the forefront of cutting-edge developments and discoveries for cancer treatments. New and promising treatments for malignancies with historically poor prognosis have been approved in an expedited manner compared to traditional therapies, and the landscape of cancer care is constantly and rapidly evolving. The evolution of immunotherapy for cancer care has been ongoing for centuries, with many key players and discoveries. There have been reports dating back to 1777 of attempts to inject various pathogens in order to elicit an immune response against neoplasia [1]. The first successful experiment was achieved by William Coley in 1891, who is often referred to as ‘the Father of Immunotherapy’. He injected streptococcal species into patients with metastatic soft tissue sarcomas and noted tumor regression [2]. He hypothesized that malignancy could be fought using a severe infection to activate the immune system. His injections are known today as ‘Coley’s toxins’ [3]. It was not until the 1950s that the concept of immunosurveillance was proposed. Burnet and Thomas were credited for the immunosurveillance hypothesis, in which the immune system actively works to recognize and eliminate neoplasia through tumor-associated antigen (TAA) recognition [4][5][6]. Currently, it is widely accepted that cancer cells are identified and eradicated by a functioning immune system, although these cells arise from a normal host cell rather than an exogenous insult [7]. Immunosurveillance of cancer can be summarized by the three Es: elimination, equilibrium and escape [8]. ‘Elimination’ refers to the recognition and destruction of tumor cells by innate and adaptive immunity. ‘Equilibrium’ describes the immune attack on tumor cells occurring simultaneously with tumor cells mutating and remodeling to resist attack. Lastly, mutated tumor cells ‘escape’ recognition by the immune system and continue to proliferate. This interaction between cancer cells and immunosurveillance remains crucial to the successes and failures of immunotherapeutic agents.

An earlier discovery in the field of cancer immunotherapy was the role of cytokines, which are small proteins utilized in cellular signaling [9]. In 1974, ‘T cell growth factor’, or IL-2, was discovered [10]. IL-2 is produced by several cells including CD4+ and CD8+ T cells, and is crucial in T cell differentiation and growth, immune memory and maintaining regulatory T cells to prevent autoimmunity [11]. IL-2 was later cloned in 1983 and was studied in mice models, noting metastatic malignancy regression in syngeneic sarcoma and melanoma [12][13][14]. This ultimately led to FDA approval in 1992 for the treatment of metastatic renal cell carcinoma, making IL-2 the first cancer immunotherapy in humans [15]. IL-2 is associated with significant toxicities, including capillary leak syndrome and multiple organ dysfunction, limiting its use to specialized centers [16].

The knowledge of innate tumor suppression by a functioning immune system has paved the way for one of medicine’s most profound discoveries: checkpoint inhibition. Through complex mechanisms, blocking the immune system’s regulatory checks and balances using selective antibodies can provide antitumor activity with more tolerable toxicities [9].
Shortly after IL-2 approval, checkpoint inhibitors moved to the forefront of cancer research. The discovery of cytotoxic T lymphocyte-associated antigen 4, or CTLA-4, paved the way for all future checkpoint inhibitors. CTLA-4 is expressed on T cells and assists in controlling immune hyperactivation and host damage [17]. Briefly, CTLA4 acts in a complex fashion with CD28 and B7; CTLA-4 is a homolog of CD28 on T cell receptors and competitively binds to antigen presenting cells [18]. It also does not cause a stimulatory signal, thus blocking downstream interactions of TCR with APCs and ultimately deactivating T cells [19].
This checkpoint, discovered by James Allison, led to the approval of ipilimumab for metastatic melanoma in 2011 as the first checkpoint inhibitor for cancer treatment. Ipilumumab is an anti-CTLA-4 monoclonal antibody and works by directly blocking CTLA-4, making way for downstream T cell activation, proliferation and eventual tumor destruction [20][21][22]. Following CTLA-4’s discovery, Ishida et al. uncovered both programmed death-1 and programmed death ligand-1 (PD-1/PDL-1) in 1992 [23]. T cell lymphocytes express PD-1 and, when bound to PDL-1, act to hinder T cell function and prevent auto-destruction of the tissue. Further investigations revealed an overexpression of PD-1/PDL-1 in certain tumor cells, thus avoiding this particular pathway of immune-mediated tumor destruction [24]. This led to the discovery of pembrolizumab (Keytruda), an anti-PD-1 antibody intended for metastatic or unresectable melanoma previously treated with ipilimumab, or BRAF V600 mutated patients previously treated with a BRAF inhibitor [25]. Figure 1 demonstrates the mechanisms of PD-1 and CTLA-4 on T-cells and tumor cells. 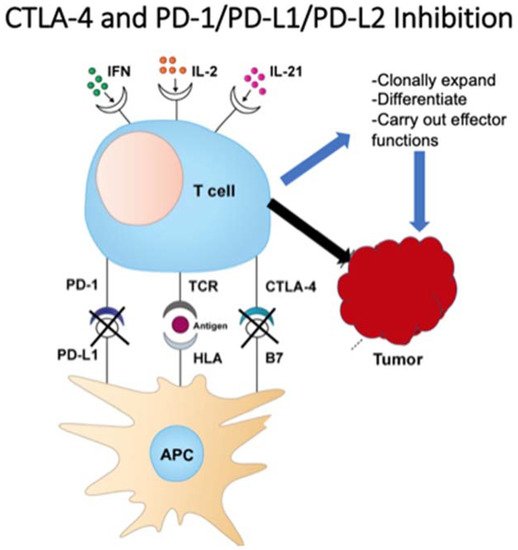 Figure 1. T cell function on tumor cells.
Currently, there are multiple approved PD-1 inhibitors, including pembrolizumab (Keytruda), nivolumab (Opdivo) and cemiplimab (Libtayo), as well as PDL-1 inhibitors atezolizumab (Tecentriq), avelumab (Bavencio) and durvalumab (Imfinzi). Despite many cancers expressing high levels of PD-1, several mechanisms can limit the cancer’s response to checkpoint inhibitors. A phenomenon known as ‘self-neutralization’ can occur, whereby cancer cells concomitantly express both PD-1 and its ligand, PDL-1. This results in the binding of PD-1/PDL-1, thus eliminating the drug’s primary target [26]. Combination checkpoint inhibitor therapy with CTLA-4 and PD-1 blockade proposes a concomitant tumor attack through two distinct mechanisms. This suggests that more patients respond to the treatment overall, in addition to a more durable response. A combination of ipilimumab and nivolumab is currently FDA-approved for several malignancies, including first-line therapy for NSCLC with PDL-1 expression >1%. However, increased toxicities remain an obstacle for many combination regimens [27]. There are over 2000 ongoing trials for PD-1/PDL-1 inhibitors in various malignancies and combinations, highlighting the dramatic focus on this groundbreaking treatment [28].

The concept that cancer cells express certain potentially targetable antigens has paved the way for humanized antibodies as a treatment strategy for malignancy. Antibodies can target and destroy specific tumor antigens by interacting with immune cells through the antibody’s fragment crystallizable (Fc) region. The Fc region on an antibody can bind to various Fc receptors (FcRs) that are found on natural killer cells, neutrophils, eosinophils, dendritic cells, or monocytes. Depending on the antibody class, this immune cell–antibody interaction can lead to tumor cell death in several ways, including complement-dependent cytotoxicity (CDC), antibody-dependent cellular cytotoxicity (ADCC) and antibody-dependent cellular phagocytosis (ADCP) [29]. Kohler and Milstein won the Nobel Prize in Physiology or Medicine in 1984 for their hybridoma technique [30]. This breakthrough has led to the development of many antitumor monoclonal antibodies (MABs), greatly influencing cancer treatment in the previous decades. The first therapeutic antibody in oncology is still widely used today: rituximab. The anti-CD20 MAB was approved in 1997 and was initially FDA-approved for CD20+ Non-Hodgkin’s lymphoma [31]. CD20, the target of rituximab, is a transmembrane protein expressed early in B cell development and hypothesized to aid in B cell activation while generally not being expressed by other cells. Although approved over 20 years ago, rituximab is still used to treat the vast majority of B cell NHL and is now approved for chronic lymphocytic leukemia, rheumatoid arthritis, and certain autoimmune conditions such as pemphigus vulgaris. While very tolerable, rituximab does have side effects, such as flu-like symptoms, infusion reactions, mucocutaneous reactions and a reactivation of the hepatitis B virus.
There are currently over 500 approved and investigational MABs engineered against solid and hematologic malignancies, as well as benign hematologic conditions, autoimmune and chronic diseases. Table 1 illustrates several agents routinely used in practice for various solid and hematologic malignancies. While MABs are a mainstay in current cancer treatment, challenges remain in delivering effective therapies. Due to the dynamic nature of cancer cells and their ongoing mutations, any acquired resistance against MABs results in treatment failure [32]. Strategies being implemented include combination drug therapy with cytotoxic or other immunotherapy agents, or the advent of antibody–drug conjugates such as Kadcyla. Kadcyla, or ado-trastuzumab emtansine (T-DM1), specifically includes trastuzumab linked with emtansine, which is an anti-microtubule cytotoxic chemotherapy drug. This antibody–drug conjugate works by degrading after it is internalized into the cell following HER2 receptor binding, causing the release of DM-1 and thus further cytotoxic cell death [33]. Kadcyla is currently approved for metastatic HER2+ breast cancer following treatment with trastuzumab and taxanes, as well as for early HER2+ breast cancer in the adjuvant setting following treatment with trastuzumab. Antibody–drug conjugates such as Kadcyla are providing promising options for many malignancies. Monoclonal antibodies remain one of the most exciting and evolving areas of cancer-directed therapy.
Table 1. Commonly used MABs.